The Netherlands Navy has received its first NH90NFH military helicopter from NHIndustries. 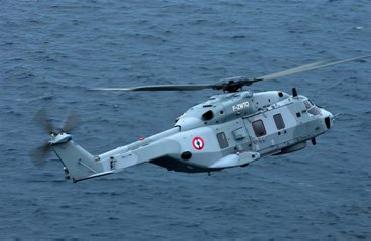 The multi-role helicopter was officially handed over to the Royal Netherlands Navy during a ceremony here in Italy on Wednesday, NHIndustries said in a statement.

The Royal Netherlands Navy has ordered a total of 20 NH90NFH helicopters.

The NH90 NFH, a variant of the original NH90 helicopter, is primarily designed for autonomous anti-submarine warfare and anti surface warfare missions. It is armed either with two Marte MK2/S anti-ship missiles or two MU 90, MK46 or Stingray torpedoes.

Due to its weight and dimensions, the deck-lock system, the deck traversing system and the automatic blade and tail folding system, the NFH can operate from small frigates even in high sea states.

NHIndustries has developed two variants of the NH90 helicopter – the Tactical Transport Helicopter (TTH) and the NATO Frigate Helicopter (NFH).