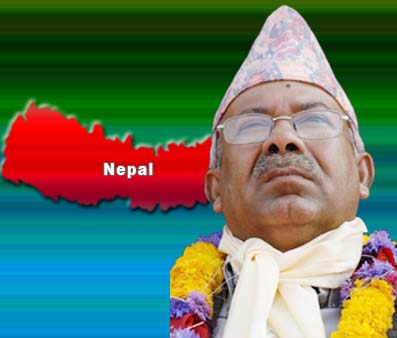 KATHMANDU, Sept. 2 (Xinhua) -- Nepali Prime Minister Madhav Kumar Nepal Tuesday said that the issue of "integrating" the combatants of the Unified Communist Party of Nepal (Maoist) (UCPN-M) will be managed within 6 months, state-run daily The Rising Nepal reported on Wednesday.

Prime Minister M.K. Nepal said the reconstitution of the Army Integration Special Committee and its first meeting had paved the way to accelerate the army "integration" process.

"It was an important achievement that all the political parties reached a consensus for reforming the special committee," Prime Minister Nepal told journalists on Tuesday.

Premier Nepal said that the special committee's first meeting held in Kathmandu on Tuesday morning decided to complete the process of "integrating" the Maoist combatants within six months. "I am very serious about integrating the armies, as it is one of the major issues of the country," he said.

The committee was reconstituted under the chairmanship of the Prime Minister on Monday.

He added that the committee would take additional decisions concerning the issue in the near future. He, however, did not specify what type of decisions would be taken.

The meeting of the Army Integration Special Committee (AISC) on Tuesday also extended the tenure of the Technical Committee under it for three more months.

The meeting was held in Prime Minister Madhav Kumar Nepal's office in Singha Durbar, a day after it gained a full shape following the formation of the government led by the Communist Party of Nepal (Unified Marxist-Leninist) (CPN-UML) in May.

The AISC got its full shape with the main opposition, UCPN-M, sending its representatives for the committee.

The AISC had not been able to hold even a single meeting for the last three months due to differences between the ruling and main opposition parties on its reconstitution.

Barsha Man Pun, AISC member representing the UCPN-M, said that all the differences between his party and the government on the formation of the AISC would be discussed in the AISC itself. "We have decided to join the AISC to prove that we are not obstructing any processes for integration of the armies," Pun said on Tuesday.