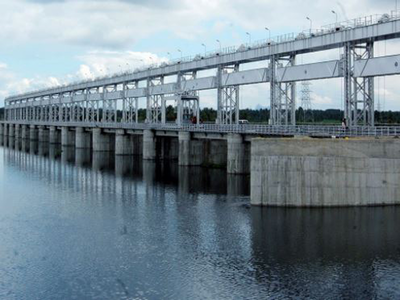 NEW DELHI/BEIJING: In a decision which could have far reaching consequences in the region and for China, Nepal cancelled the Budhi Gandaki hydropower project which had been contracted to a Chinese company. Unconfirmed reports said the project might go to India's NHPC instead.

Nepal's deputy PM Kamal Thapa tweeted the decision on Tuesday, "The agreement, marred by irregularities with the Chinese company, Gezhouba Group, regarding the construction of Budhi Gandaki hydropower project, has been scrapped in a cabinet meeting as directed by the parliamentary committee."

The decision is significant, since the agreement with the Chinese company came weeks after Nepal agreed to join Chinese President Xi Jinping's Belt and Road Initiative.

China's Gezhouba Water and Power Co Ltd had won the contract from the then Maoist-led government headed by former PM Pushpa Kamal Dahal aka Prachanda over a year ago. It was meant to be a water storage dam along the Budhi Gandaki river in the central and western regions of Nepal.

Nepal's decision comes a few years after Myanmar decided to cancel the $3.6 billion Myitsone dam in 2011 by former president Thein Sein. In fact, China said as recently as last week that it would " continue" talking to Myanmar on the issue.

Both have proved to be big setbacks to China's project of creating a web of regional connectivity networks. It is likely the Nepalese decision was influenced by India, which has pointed to Sri Lanka and the debt trap it finds itself in after the Hambantota port project.

While China has been an attractive alternative for Nepal after many years of squabbling with India, where hydro-projects have been a casualty, now Beijing has another player. The US, working closely with India, has earmarked one of its generous grants to Nepal for regional connectivity as part of the larger Indo-Pacific outreach.

Testifying in the US Congress recently, Alice Wells, acting assistant secretary of state, said, "Nepal has been selected for one of the US' most high profile projects to increase regional connectivity within the Indo-Pacific."
In August, she said the Millennium Challenge Corporation's (MCC) board of directors approved a $500 million compact with Nepal, MCC's first compact in South Asia. Both projects have been decided in consultation with India.
The larger trend here is a pushback to Beijing's unilateral connectivity initiative, by India, the US and Japan to work out sustainable transparent alternatives to address local and regional infrastructure needs.

India has expressed concerns about the predatory financing mechanisms employed by China under the OBOR in small, poor countries like Nepal and Sri Lanka which puts them in a debt trap to the Chinese and might impact their foreign policy choices.

Knowing the Chinese propensity for forcing small countries into a debt trap, it wasn't surprising that Nepal has now finally realized that it will go the same way as Sri Lanka which has handed over their Hambantota port to the Chinese on a platter. It seems the grandiose plans of the Chinese in South Asia are unraveling faster than one thought. And that's good news! India needs to step in now!

China is getting the test of Modi diplomacy.
You must log in or register to reply here.
Similar threads
Nepal gets a consulate in Chinese city of Chengdu where India was promised one
India should stoke Hindu Nationalism in Nepal to counter Chinese influence
1st Nepal-India broad gauge railway likely in Dec
China breaks India’s internet monopoly in Nepal
Share:
Facebook Twitter Reddit WhatsApp Link