The world's nations opened negotiations on Monday on an arms trade treaty meant to regulate the $55 billion global weapons market and prevent guns from pouring into conflict zones and fueling wars and atrocities.

One person every minute dies as a result of armed violence, and some 128 armed conflicts since the end of the Cold War in 1989 have led to at least 250,000 deaths each year, according to the Control Arms Campaign, an international advocacy group.

After years of debate, the U.N. General Assembly last October authorized formal talks. Monday marked the start of the first of three preparatory sessions over the next year, with a four-week conference planned for 2012 to finalize a treaty.

Supporters aim is to set common rules for international arms sales -- from rifles to fighter planes -- to replace a patchwork of national laws riddled with loopholes that make it easy to buy weapons for conflicts.

Key issues in the negotiations will include what criteria governments will have to fulfill to get a green light for arms sales and how compliance would be monitored.

U.N. disarmament chief Sergio Duarte told delegates from the 192 U.N. member states they could "help reverse the vicious cycles of conflict and armed violence, which up until now have so shattered and destroyed human life and potential."

A treaty would seek "to inject some sense of predictability into a complex and sensitive issue," conference chairman Roberto Garcia of Argentina said last Friday. That could stop arms fueling events like the 1994 genocide in Rwanda, where weapons were sold even after the killing began.

Not all countries are committed to a treaty. Major arms producers Russia, China, India and Pakistan were among 19 nations that abstained in last year's General Assembly vote, and one country -- Zimbabwe -- voted against.

That indicated negotiations would be tough. Diplomats said a treaty would not be a panacea and rogue governments and militants would probably keep seeking black market options.

The United States, which controls two thirds of global arms sales, agreed to join the treaty drafting process only on condition that it be run on the basis of consensus -- effectively giving it, and all other countries, a veto.

The resolution approved by the General Assembly also included a paragraph diplomats said was essential for the United States, where the right to private gun ownership is a sensitive domestic political issue. The paragraph says national governments will continue to regulate domestic arms sales.

Nevertheless, President Barack Obama's decision to back the talks reversed the position of former President George W. Bush's administration, which had opposed it on the grounds that national controls were better.

Advocacy groups urged U.N. member states to push for a tough treaty that would make it difficult for human rights violators to get weapons to kill their own people.

"By the end of the next two weeks, member states must have made real progress: and this means delivering a draft text," said Anna Macdonald of aid group Oxfam, which wants a treaty.

British delegate John Duncan described that as "over-ambitious," but said some countries now appeared more receptive to a treaty than they had last year.

"Even the Russians didn't disagree on the need to stop weapons falling into the hands of criminals and terrorists. The question is how it's going to be done," he told Reuters.

The two ways of international arms transfer are:
➠Arms Trade
➠Arms Aid
Because of the secret nature of many arms transaction, the difficulty arises in describing the boundaries of each of the above 2 categories.

Arms Trade in simpler terms is the process via which manufacturing countries along with private companies sell their weapons systems in the international arms market. Just like any other market fierce competition exist among the arms-producing nations/companies exist in the non-producing countries.

〼Premptive selling - It is done to maintain an equilibrium within a given region (from suppliers point of view) and to prevent the development of an advantageous position of their rival power.
〼In many instances, governments sanction the transfer of surplus weapons through private channels.
〼Another mode of acquisition of arms is through contraband and stolen arms shipments. This method is mostly used by insurgent forces to acquire weapons, or for copying and studying the weapons systems used by the members of the opposing blocs.
〼Many weapons are captured during wars and then sold to interested parties, such as the sale of the Soviet weapons to the USA, and so on. 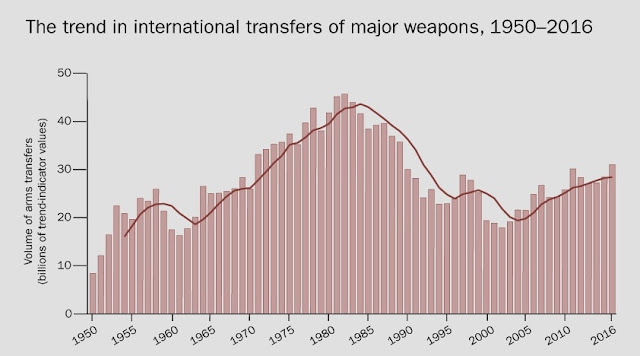 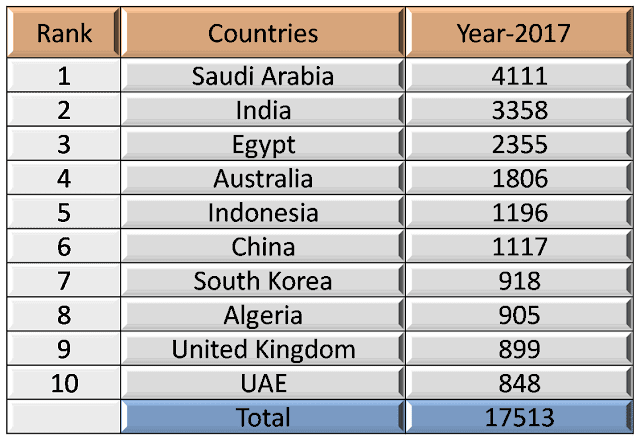