An Unprecedented View of Earth

NISAR's data can help people worldwide better manage natural resources and hazards, as well as providing information for scientists to better understand the effects and pace of climate change. It will also add to our understanding of our planet's hard outer layer, called its crust.
Click to expand... 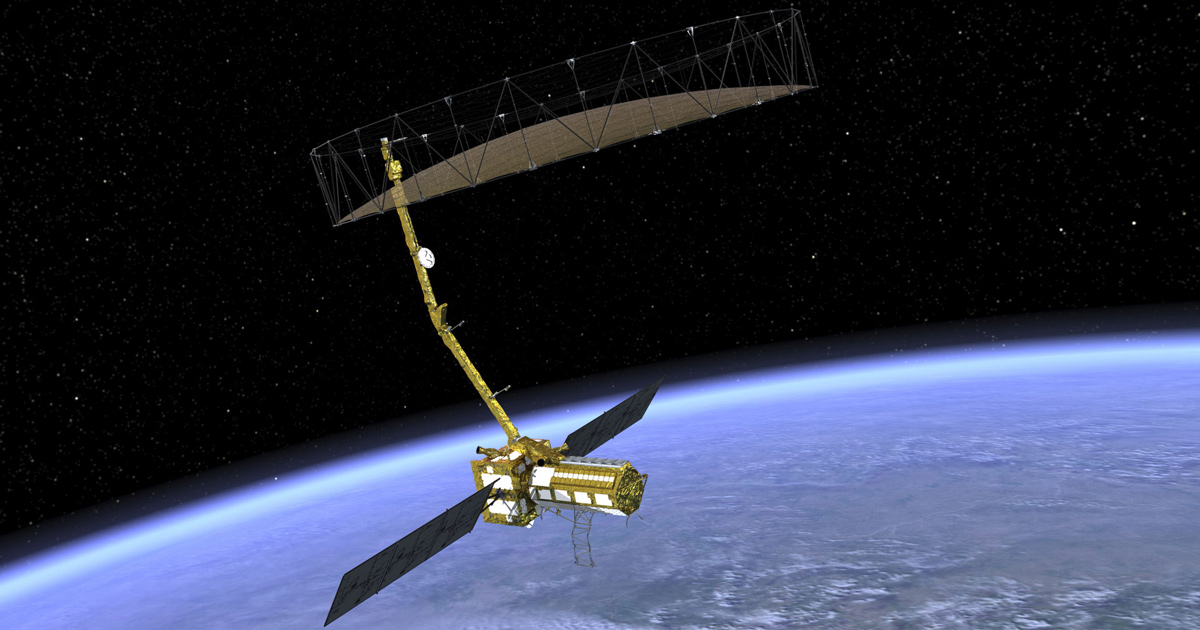 The Magic of SAR 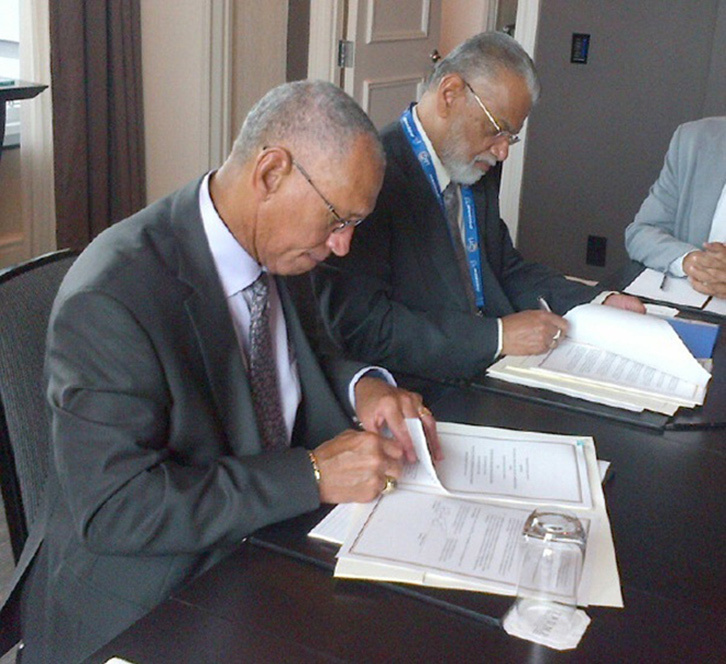 NISAR is a joint Earth-observing mission between NASA and the Indian Space Research Organization (ISRO) with the goal to make global measurements of the causes and consequences of land surface changes using advanced radar imaging. This mission concept and the resulting partnership are in response to the National Academy of Science’s 2007 survey of Earth observational priorities for the next decade, known as the decadal survey. One of the top priorities identified in this survey was to gain data and insight in three Earth science domains: ecosystems, deformation of Earth's crust and cryospheric sciences.
Click to expand...

As NASA and ISRO discussed the possibility of a joint radar mission, it became clear that this goal was of great interest to the ISRO science community. ISRO identified science and applications that were complementary to the primary mission objectives: agricultural monitoring and characterization, landslide studies, Himalayan glacier studies, soil moisture, coastal processes, coastal winds, and monitoring hazards. A second radar frequency was added to the mission to better fulfill these science requirements. NISAR will be the first satellite mission to use two different radar frequencies (L-band and S-band) to measure changes in our planet's surface less than a centimeter across. The partnership with India has been key to preserving as much science as possible.
Click to expand...

On Sept. 30, 2014, NASA and ISRO signed a partnership to collaborate on and launch NISAR. The mission is targeted to launch in early 2022. NASA is providing the mission’s L-band synthetic aperture radar, a high-rate communication subsystem for science data, GPS receivers, a solid-state recorder and payload data subsystem. ISRO is providing the spacecraft bus, the S-band radar, the launch vehicle and associated launch services.
Click to expand... 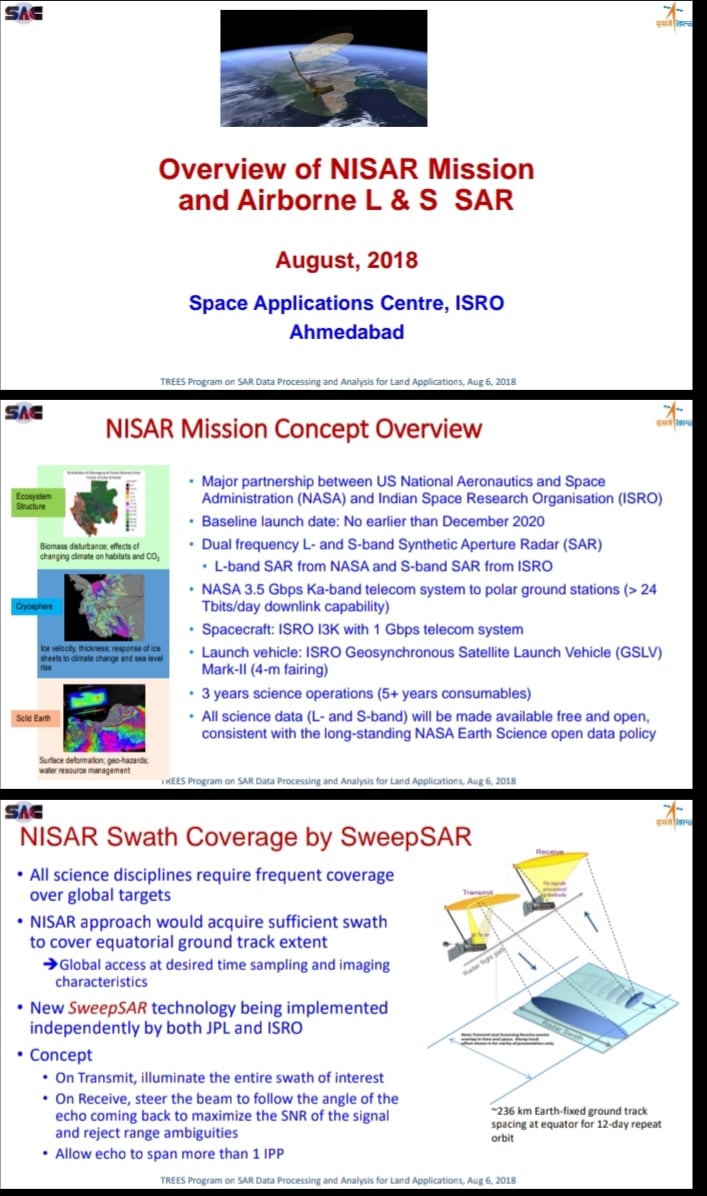 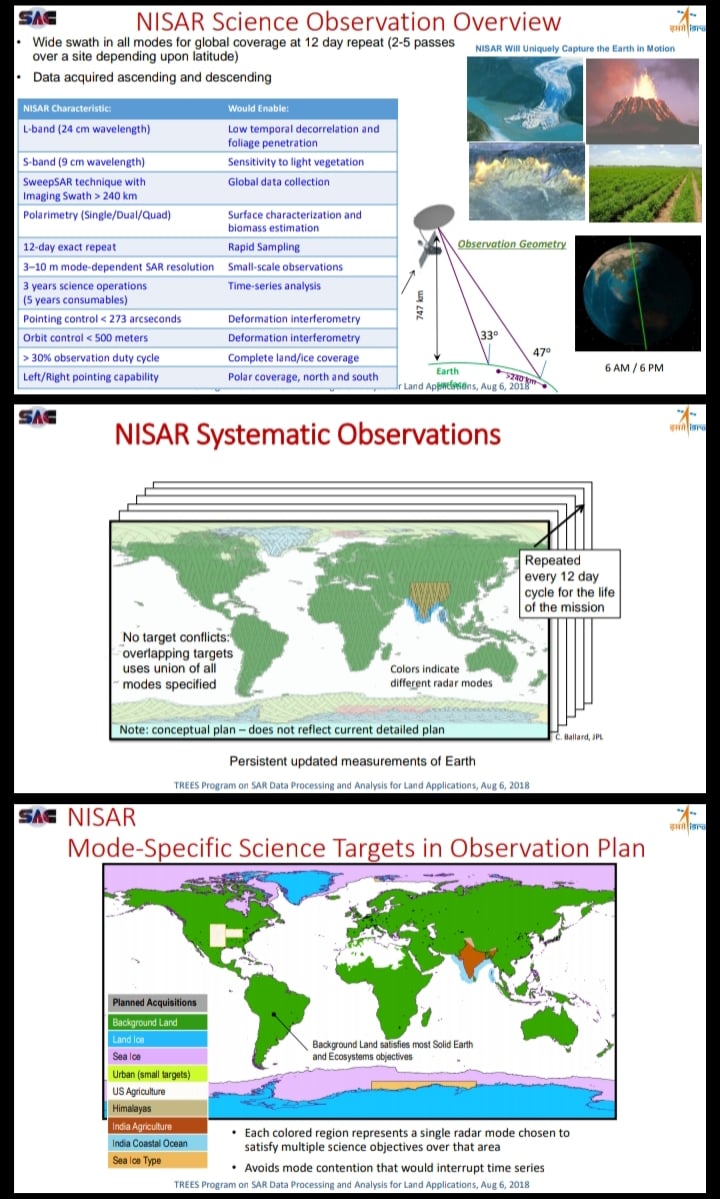 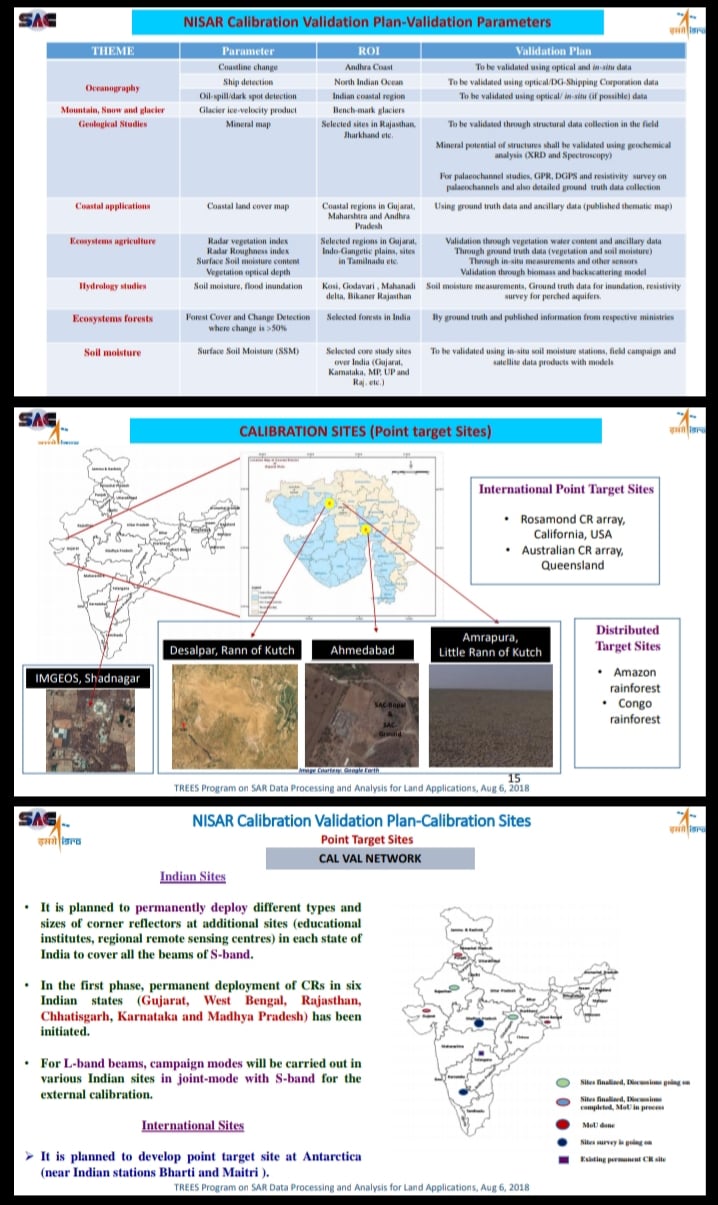 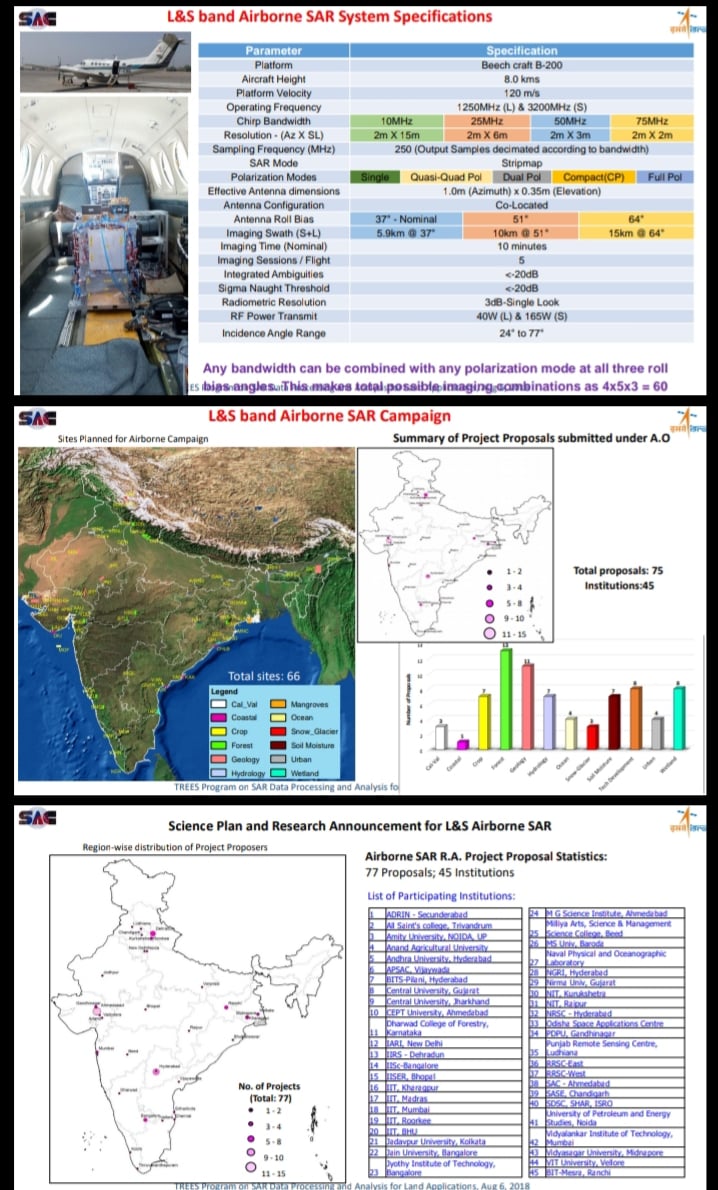 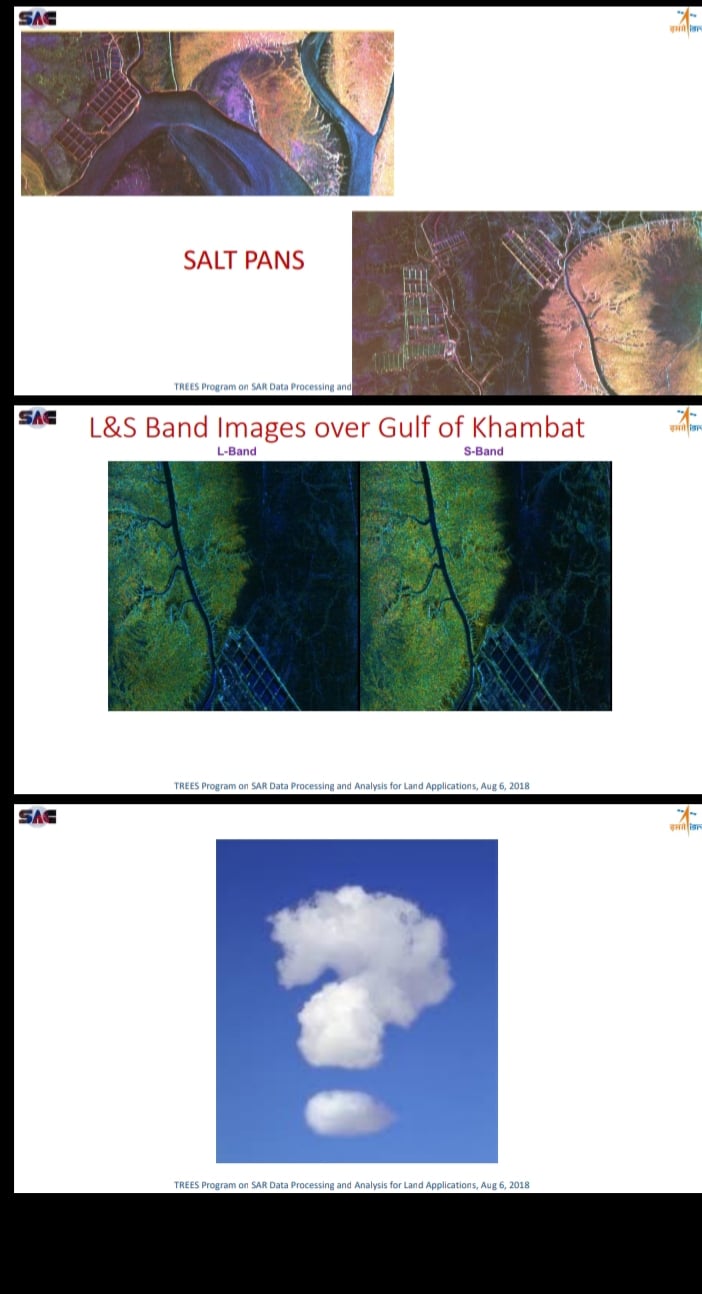 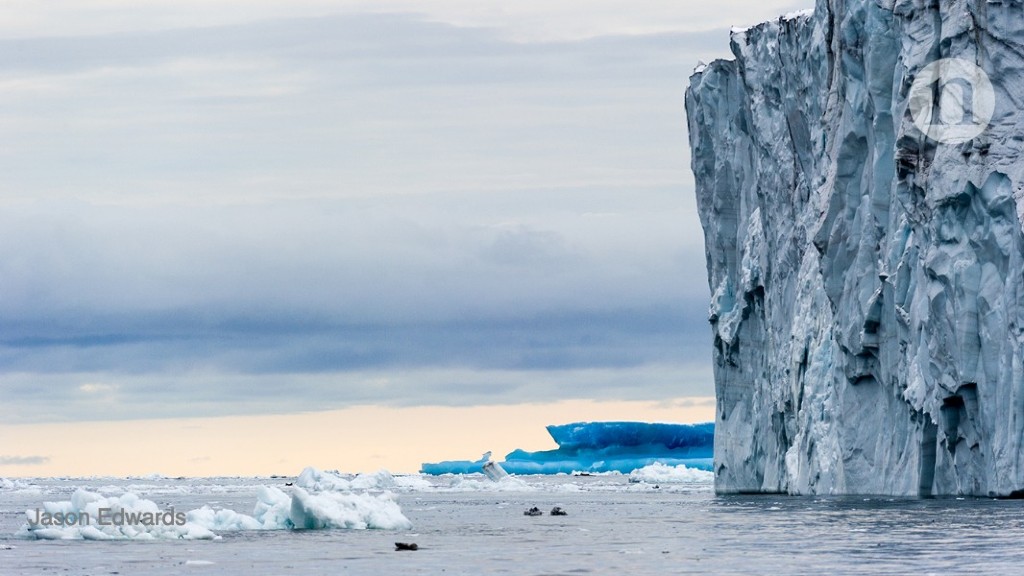 Managers’ decision to focus their satellite on the Antarctic has upset some researchers who study ice around the northern pole.

Arctic scientists iced out by US–India radar mission
Managers’ decision to focus their satellite on the Antarctic has upset some researchers who study ice around the northern pole. 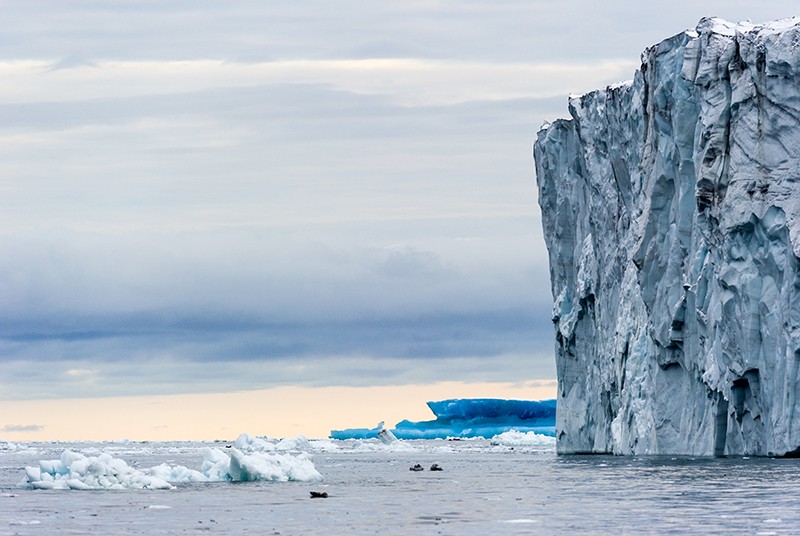 Antarctica's vast ice sheet and surrounding sea ice will be monitored by a joint US-India satellite mission called NISAR.Credit: Jason Edwards
Earth scientists in the United States have waited decades for NASA to launch a radar satellite to study natural hazards and changing ecosystems. But the design of a joint US–India radar mission planned for 2022 has divided researchers who study polar ice.
Mission managers at NASA and the Indian Space Research Organisation (ISRO) decided recently that the spacecraft, known as NISAR, will focus on the Antarctic at the Arctic’s expense. That will essentially blind the mission to everything that lies above 77.5º N latitude, including most of the Arctic’s rapidly shrinking sea ice — a decision that some researchers see as short-sighted. Several US polar scientists contacted by Nature declined to speak publicly about their concerns, worried about how NASA might react.
NASA and ISRO say they decided to focus on Antarctica in part because Europe’s Sentinel-1 satellites already provide the same type of data, known as synthetic aperture radar (SAR), for the Arctic. The rationale is unusual for NASA, which rarely cites another satellite programme’s work as a reason not to gather its own observations.
“They’ve made some tough choices,” says Mark Drinkwater, head of the European Space Agency’s Earth and mission science division in Noordwijk, the Netherlands.
For scientists who study the cryosphere, SAR is important because it can see changes through the long, dark polar night, when ice is growing and deforming but is not visible to regular satellites, says Sinead Farrell, a sea-ice scientist at the University of Maryland in College Park.
Next month, NASA will begin using a specially equipped aeroplane to gather SAR data in the southeastern United States. The NISAR team will use the observations to fine-tune its data-processing algorithms.
Bouncing back
NISAR will map the planet by measuring how radar signals bounce off Earth’s surface. Radar reflections from directly beneath the spacecraft can be hard to interpret, so NISAR’s two radar instruments will instead look off to one side.
If the radar instruments point to the right, they can see the Arctic; if they point to the left, they can see the Antarctic. They cannot do both. “That’s the issue: we have to either look at the north or look at the south,” says Paul Rosen, the NISAR project scientist at NASA’s Jet Propulsion Laboratory in Pasadena, California.
Most other SAR missions are right-looking, which means that they cover the Arctic at the expense of the Antarctic. But in September, the NISAR science team decided to make its satellite left-looking for its entire primary mission, which is meant to last at least three years. Word of the decision trickled out in venues such as the American Geophysical Union meeting in Washington DC last December.
“NISAR will occupy a unique place in our international spectrum by being the only [SAR] mission that covers the Antarctic continent in its entirety,” says Eric Rignot, a glaciologist at the University of California, Irvine, who is on the mission’s science team. “This is tremendously important for our future,” he argues, given that Antarctica is not mapped as well as the Arctic, and climate change is transforming Antarctic ice, too.
SAR can track changes in glaciers flowing on and off of land. In 2009, the Canadian Space Agency turned its RADARSAT-2 spacecraft temporarily to the left. The resulting SAR data helped Rignot and his colleagues to produce a detailed map of ice motion in Antarctica1.
NISAR will be physically able to look either left or right. The mission’s original plan called for the radar instruments to look right — to the Arctic — for about 300 days a year, and left — to the Antarctic — for about 60 days. But changing directions isn’t ideal because it interrupts observations being gathered for other purposes, such as natural hazards or ecosystem studies, says Gerald Bawden, NISAR’s acting programme scientist at NASA in Washington DC.
Northern exposure
Other, non-US SAR satellites do cover the north. Europe’s twin Sentinel-1 satellites provide nearly complete SAR coverage of the Arctic every three days. Their data are openly available, and even archived on NASA’s servers. The European Commission has committed to flying a series of Sentinel probes until 2030, which is the major reason NISAR scientists decided that they could abandon studying the Arctic. “This will be one of the first times NASA has considered the programme of record of other agencies,” says Bawden.
But relying on other satellites for Arctic SAR coverage could be risky. The United States does not have a say in how Sentinel data are acquired, such as which areas the European satellites might temporarily focus on after an Arctic oil spill. The Canadian Space Agency plans to launch a series of three SAR satellites, the RADARSAT Constellation Mission, no earlier than March. They will focus on the Arctic and their data will be publicly available, but US scientists will not have a say in how the trio operates.
NASA can also buy data from commercial SAR missions that focus on the Arctic, such as the twin small satellites launched last year by ICEYE of Espoo, Finland, but commercial data can be expensive.
Amid all these Arctic data, Drinkwater says, focusing NISAR on the Antarctic is a good decision. “We’ll have an observing system capacity that can do both ends of the Earth in a routine monitoring fashion,” he says. “We’ve never had that.”
Click to expand... 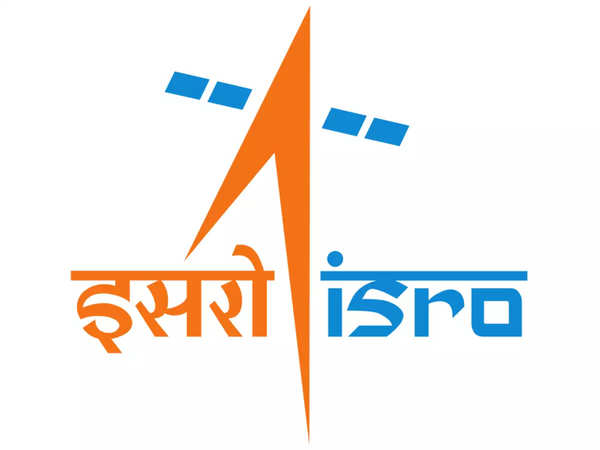 Synopsis
"NISAR will be the first satellite mission to use two different radar frequencies (L-band and S-band) to measure changes in our planet's surface less than a centimeter across", according to NASA (National Aeronautics and Space Administration).

has completed the development of a Synthetic Aperture Radar (SAR) capable of producing extremely high-resolution images for a joint earth observation satellite mission with the US space agency NASA.
Click to expand...

NASA-ISRO SAR (NISAR) is a joint collaboration for a dual-frequency L and S-band SAR for earth observation.
Click to expand...

"NISAR will be the first satellite mission to use two different radar frequencies (L-band and S-band) to measure changes in our planet's surface less than a centimeter across", according to NASA (National Aeronautics and Space Administration).
Click to expand...

NASA and Bengaluru-headquartered ISRO (Indian Space Research Organisation) signed a partnership on September 30, 2014, to collaborate on and launch NISAR.
Click to expand...

The mission is targeted to launch in early 2022 from ISRO's Sriharikota spaceport in Andhra Pradesh's Nellore district, about 100 kms north of Chennai.
Click to expand...

ISRO is providing the spacecraft bus, the S-band radar, the launch vehicle and associated launch services for the mission, whose goal is to make global measurements of the causes and consequences of land surface changes using advanced radar imaging.
Click to expand...

The S-band SAR payload of NISAR satellite mission was flagged off by the Secretary in the Department of Space and ISRO Chairman K Sivan on March 4 through virtual mode.
Click to expand...

The payload has been shipped from ISRO's Ahmedabad-based Space Applications Centre (SAC) to NASA's Jet Propulsion Laboratory (JPL) at Pasadena in the US for integration with the latter's L-band SAR payload, an ISRO statement said.
Click to expand...

NASA added that the mission will measure Earth's changing ecosystems, dynamic surfaces and ice masses, providing information about biomass, natural hazards, sea level rise and groundwater, and will support a host of other applications.
Click to expand...

"NISAR will observe Earth's land and ice-covered surfaces globally with 12-day regularity on ascending and descending passes, sampling Earth on average every six days for a baseline three-year mission", NASA said on the mission's website.
Click to expand...

"This allows the mission to observe a wide range of Earth processes, from the flow rates of glaciers and ice sheets to the dynamics of earthquakes and volcanoes".
Click to expand...

Radar penetrates clouds and darkness, enabling NISAR to collect data day and night in any weather.
Click to expand...

The instrument's imaging swath the width of the strip of data collected along the length of the orbit track is greater than 150 miles (240 kilometres), which allows it to image the entire Earth in 12 days, it was stated.
Click to expand...

Over the course of multiple orbits, the radar images will allow users to track changes in croplands and hazard sites, as well as to monitor ongoing crises such as volcanic eruptions.
Click to expand...

The images will be detailed enough to show local changes and broad enough to measure regional trends.
Click to expand...

As the mission continues for years, the data will allow for better understanding of the causes and consequences of land surface changes, increasing our ability to manage resources and prepare for and cope with global change, according to NASA.
Click to expand... 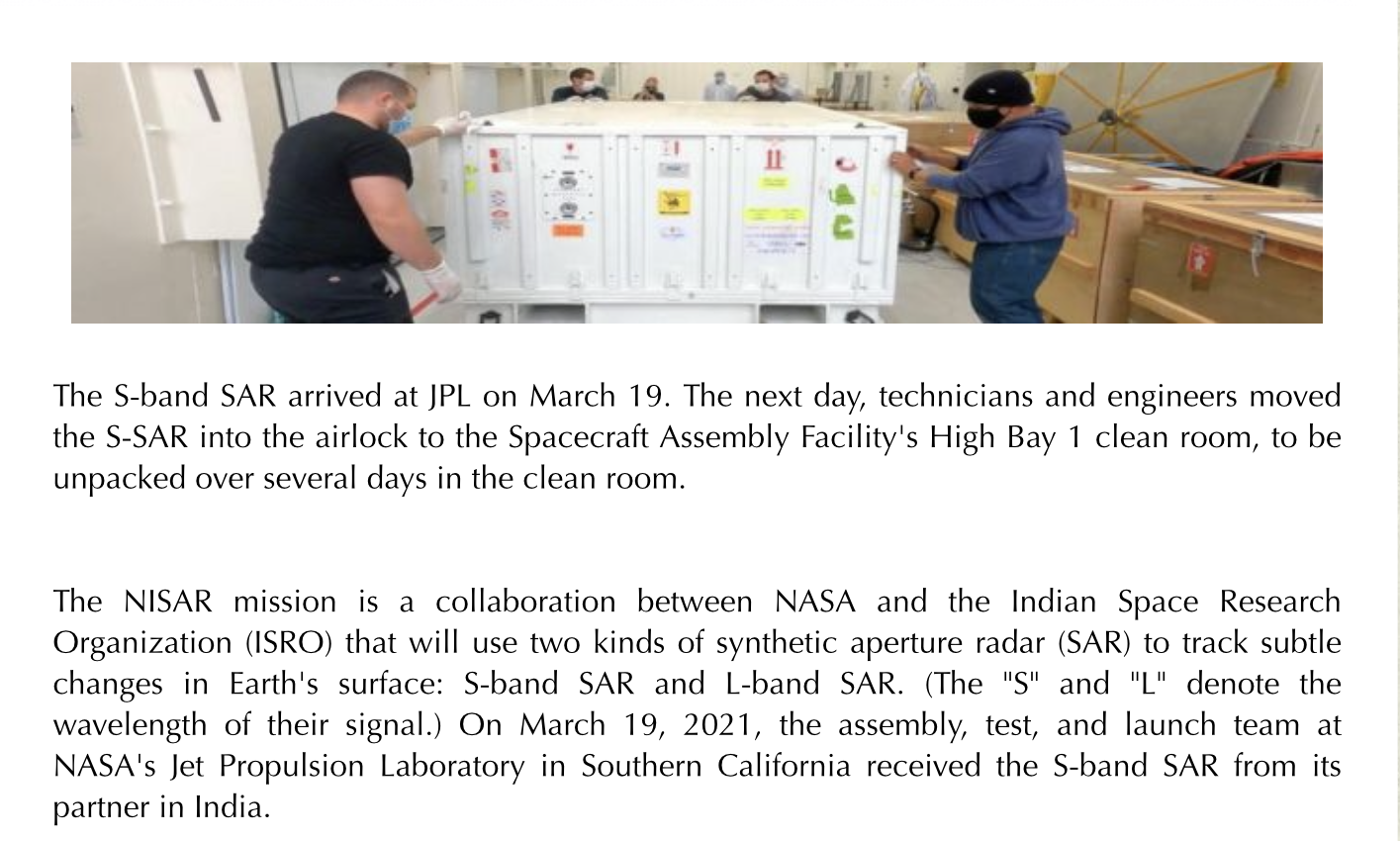 The S-band SAR arrived at JPL on March 19. The next day, technicians and engineers moved the S-SAR into the airlock to the Spacecraft Assembly Facility's High Bay 1 clean room, to be unpacked over several days in the clean room.