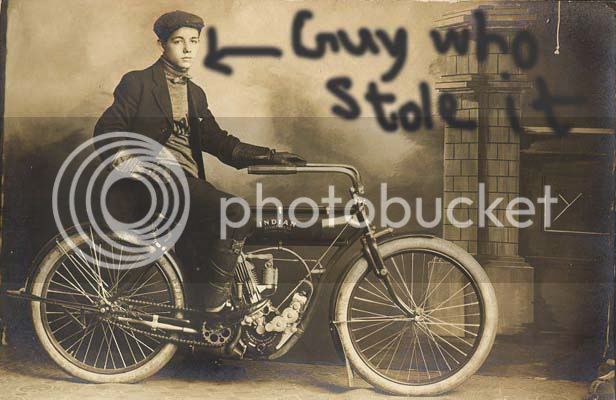 Arey mamu, I had so many expectations. I thought you will place some modern bike.
Any way, this is also nice. ...

Man, I am having second thoughts.

Pulsar 200 eh?
Good Bike,but the 180 has a better design more sexy and great pickup.
Tell you wat ,you flip a coin and see...

I would stick to my Avenger any day but I reccomend FZ 16 or the new fazer for you.
R

At least you are not being rude re "bike" ..

My Pulsar 180s mileage was impressive to the core. When I used to drive in a sane manner, i.e not much revving around, I used to get 60+ KMPL inside the City!! No one has believed me when I used to tell this, at first I thought somethings wrong, but all my friends who have rode it told me, the pick up is awesome and it must be because of the way I maintained it and I never went above 50 during the Break In Period, other than the Occasional outbursts.

Thinking of it, a Bike is a bike is a bike. I thought I d love my Tata Safari the most, and I never thought I could like a bike. I never bothered to even learn to ride a bike, i.e until I bought my 180. I learnt to ride on it and its a good machine.

I havent travelled long distance on it, I prefer the Safari or Accord for it, but I went for this 400KM round trip once, and I used to average speeds of 80-90 and I had got a 55KMPL+ Mileage

Bikes have taught me that, They are more fun than cars! The reason for me buying the 180 was very flimsy. One day, watching TV I saw this Song from a Mallu Movie called Niram. It was an old movie, but in 2007, as I saw the song again on TV, the Hero riding his CBZ in the rain, I decided I needed a Bike to ride to college like the hero in it! I wanted a CBZ, but since they were being stopped and the new model not yet launched, I bought the Pulsar 180! This is my story! God Speed

Check time 1.52 Thats the Imagery which made me buy a bike! I love doing that in real life too! Open road, raining, swaying the bike gently God Speed

I ended up buying the Yamaha R15 by the way...Did some 300 km trips on it many times.The moment this bikes gets on to the highway, it's a different beast altogether.Complete change in character.
No four wheeler comes close. Constant speeds of over 100km/hr.The rear suspension is too good.Handling is mind blowing.Very flickable.

tharikiran said:
I ended up buying the Yamaha R15 by the way...Did some 300 km trips on it many times.The moment this bikes gets on to the highway, it's a different beast altogether.Complete change in character.
No four wheeler comes close. Constant speeds of over 100km/hr.The rear suspension is too good.Handling is mind blowing.Very flickable.
Click to expand...

The R15 is probably the best handling 150cc bike out there, it is the Race Track where this bike comes alive, it would smoke the Karizma or p220 on the track.
W