Waffen-SS veterans' meetings and marches, which are annually held in Latvia and Estonia, is a violation of human rights and international law, says the Russian Foreign Ministry.
The Nuremberg Trials held after the WWII condemned the Waffen-SS as a criminal organization. The decisions of the tribunal are still in place and are "part of the international legal system," stated Konstantin Dolgov, the Ministry's Special Representative for Human Rights.
That means that the gatherings of the Nazi military veterans is a breach of the law he said while presenting a report on human rights violations in the European Union.
Click to expand...

In Estonia the annual parades are held in honor of veterans from the 20th Estonian SS Division – which fought in the war for the Nazi side – and their supporters.
Similar events are organized in neighboring Latvia, where ex-members of the local Waffen-SS Legion annually gather in the capital Riga to commemorate the group's founding in 1943. On March 16, 1944, they engaged in combat against the Red Army.
Click to expand...

Every year there will be fewer of them to rally.

As time marches attract young people. We have prohibited the veneration of the soldiers of the SS division Â«GalichinaÂ», but marches by nationalists from orUPA (Ukrainian Insurgent Army) in Western Ukraine are allowed, to dissatisfaction of the East of the country. 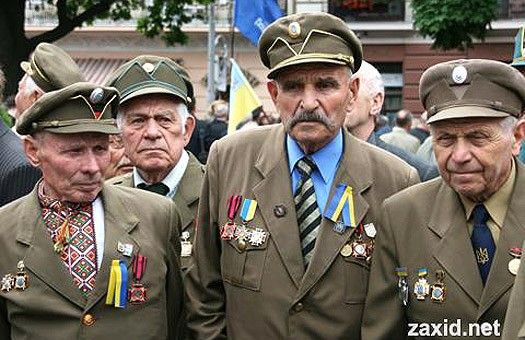