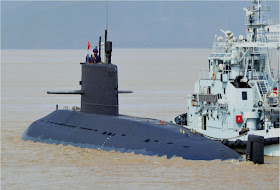 The Chinese started building the first phase of four yuan class submarine requested by the Pakistani Navy under a $5 billion deal. as the second phase of four submarines will be built in Karachi Pakistan with the transfer of technology. including modifications of last two submarines with Vertical launching cells. which can fire submarine launched cruise missiles or Ballistic missiles. the Pakistan get the export version of Yuan class dubbed by S 20, comes without having the Air independent propulsion which keep the submarine submerged for longer times.

China and Pakistan signed a deal to procure eight modified yuan class diesel electric submarines. under this deal with quick delivery option and transfer of technology also discussed. So both agreed to build four in each nations. the first four will be constructed in China. meantime Karachi too started building the next four. however the last two which is planned to build in Karachi will modified to carry submarine launched missiles to carry Pakistani nuclear missiles for credible second strike capability against India. 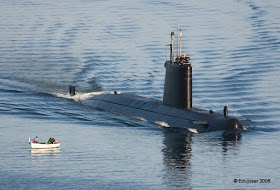 Compared to the Agosta the newer Yuan is bit under powered in all parameters. Since France almost stopped it's assistance to Pakistani defense sector. The Pakistani's forced to buy their military needs only from China and Russia. the yuan is bigger in size, to carry more armaments. the ship size is some 76 meters length weighting upto 3500 tons. most modern Submarines comes with half of this weight. however the Yuan's structure is double hulled, to escape from bigger depth charges and mines shock.


Same like other submarines, the Yuan armed with six 533mm Torpedo tubes for launching heavyweight torpedo's. the Ship only accommodate Russian and Chinese Torpedo's. while Europeans won't supply torpedo's to China and Pakistan, due to previous intellectual property violations. 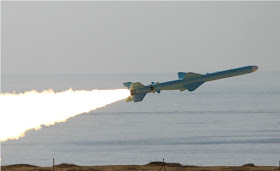 Indian Navy building modern submarines for it's fleet support. unlike Pakistani Navy, Indian Navy operates under a group of flotilla just like the US Navy. also Indian Navy too have ambush forces for surprise attack. Navy almost has some good numbers of fast attack boats with missile launching capability. Operation Trident and Operation Opera is the good example.

It's believed that The first Yuan for Pakistan would be rolled out within one or two years, and induction of first S 20 before 2020 after completing all trails. with the parallel production Pakistan will deploy all of it's yuan boats before 2022.

Oh my, "the mighty Yuan class" is very impressive indeed.

I'll thank all my 33 crore gods that Pakistan didn't buy a Type 214 or a A-26 or hell even an improved Kilo class.

The ASHM capabilities of Yuan class is vastly inferior to the three decades old Shishumar class with its 140 km Harpoon.

So when will the phase 2 start, cause only 2 submarines seems to have VL tubes. What Ballistic missile will be used, i don't think this is a complete 2nd strike option. 8 submarines seems to be plenty for puny coastline, then again the timeline of induction would also be important.

Generals won't be able to reach coastal area if war breaks out. They will trek to China to save their jihadi ass.
B

brational said:
Generals won't be able to reach coastal area if war breaks out. They will trek to China to save their jihadi ass.
Click to expand...

No need. Pakistani military has perfected a system of complex evade and escape techniques which is quite impressive.


blueblood said:
No need. Pakistani military has perfected a system of complex evade and escape techniques which is quite impressive.

Even single bullet pointing towards Indian navy is a threat
What is there very special to boast in it ?

SO no AIP and no VLS in 6 boats. Obviously rest 2 with VLS will only have cruise missile because any 3k tons class SSK with Ballistic missile is a joke. Moreover article itself mentions that it is inferior to the Augusta class, when we are already receiving superior Scorpene class.

tsunami said:
SO no AIP and no VLS in 6 boats. Obviously rest 2 with VLS will only have cruise missile because any 3k tons class SSK with Ballistic missile is a joke. Moreover article itself mentions that it is inferior to the Augusta class, when we are already receiving superior Scorpene class.
Click to expand...

All will be AIP. Even then having just 2 boats with nuclear capable missile isn't a deterrent since it wont be able to patrol all year round.

When the last augusta was build in pakistan with tot..then why are they going for inferior chinese sub( thats as per the post )...

A Pakistani writing that YJ8 missile is threat to India, please take it with a grain of salt.

When the last augusta was build in pakistan with tot..then why are they going for inferior chinese sub( thats as per the post )...

TOT doesn't mean they can now do R&D and build a new submarine altogether, nor do they have the licence to build more.

They only built 1 agosta with a lot of french help. Another 1 was just assembled. Not taking anything away from their shipyard, building a submarine is a great feat, but you need an industrial base to be able to support it or make it feasible. They can't produce the special steel required for such productions.

Pakistan build their submarines long time back(2004), so the workers that had the skill set must have or will retire by the time these new subs are assembled. So back to square1.

Still submarines are always a threat. Also Its not if these subs are any good, the fact that Chinese have now entered the export market of subs should be worrying, they'll make good money out of it and fund their own subs R&D, which is enormous any way we look at it. Sooner or later, they'll start making improvements.
You must log in or register to reply here.
Similar threads
DRDO set to acquire DO-228 as the new Flight Test Bed | HAL set to roll out modified Dornier
India Completes Price Negotiations For 100 Modified K-9 Self Propelled Howtizers
Advanced modified J-20 stealth fighter RCS test article | IHS Jane's
Delay to Tejas Mk 2 could push IAF into accepting modified Mk 1s
Share:
Facebook Twitter Reddit WhatsApp Link