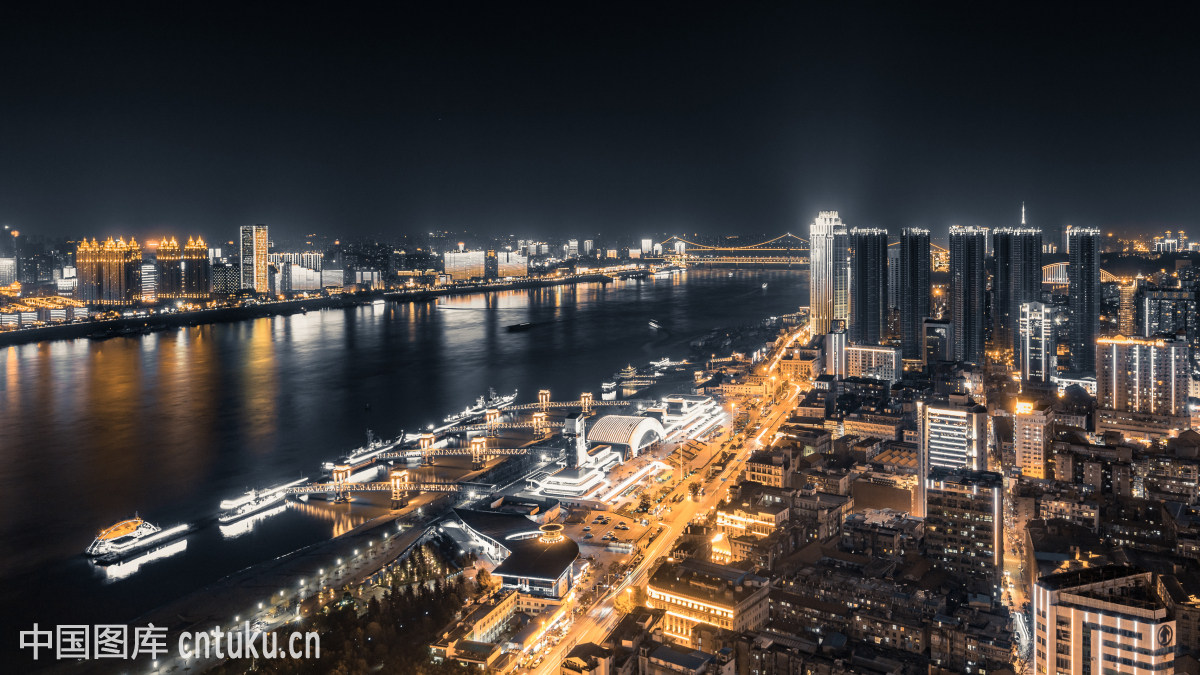 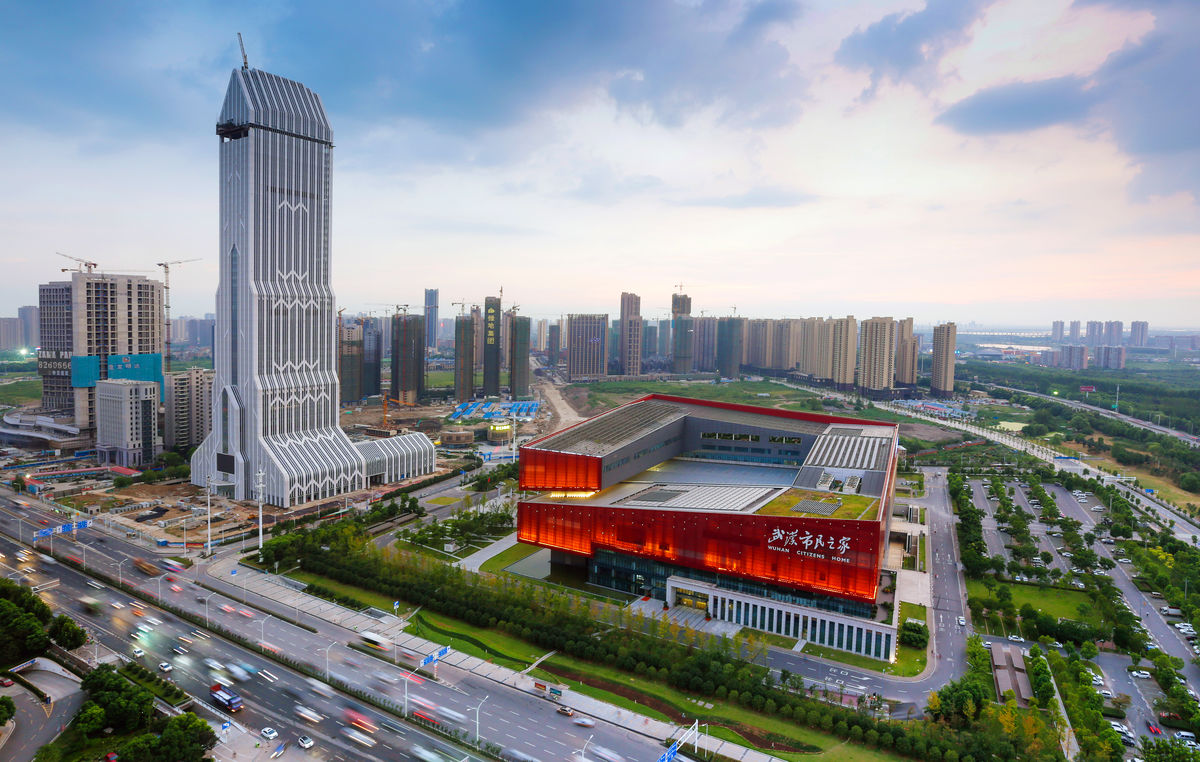 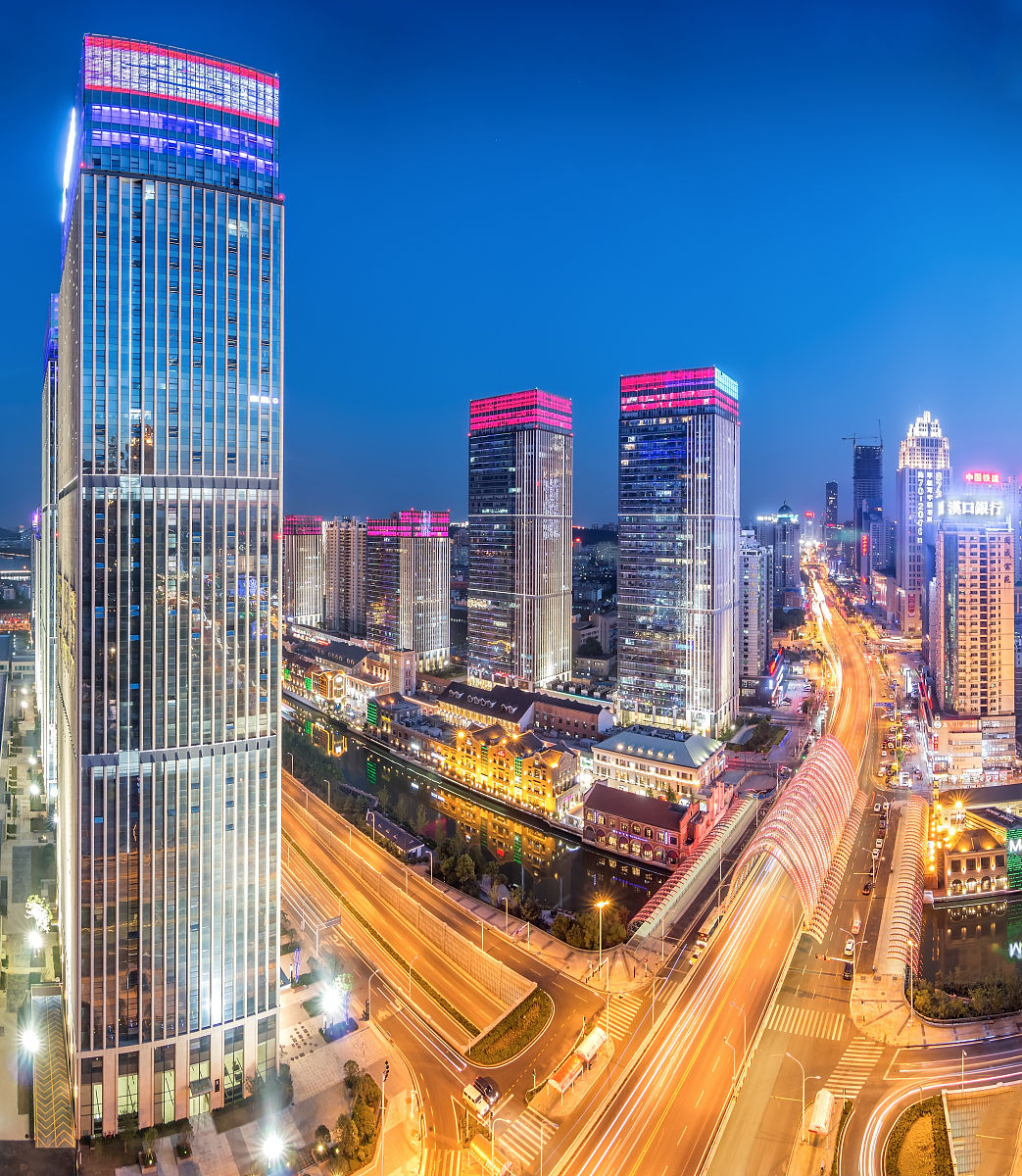 What are the duties of a state counselor 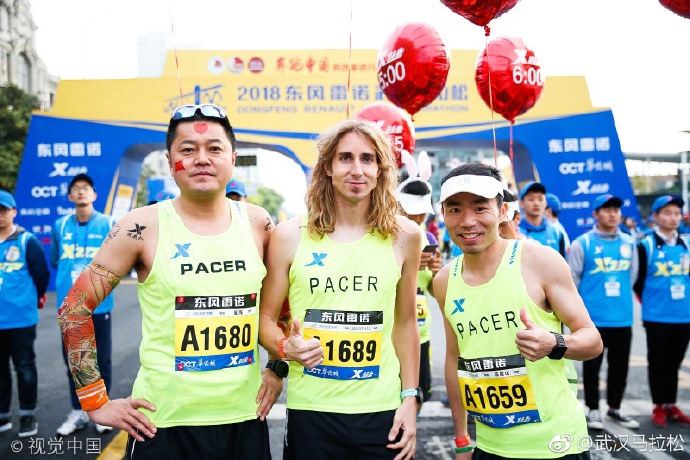 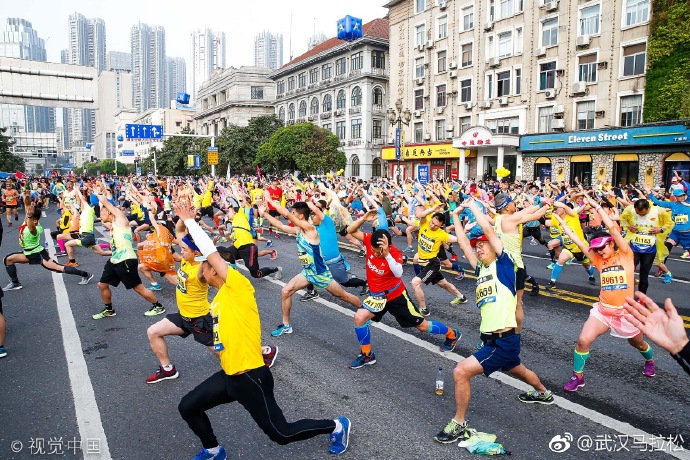 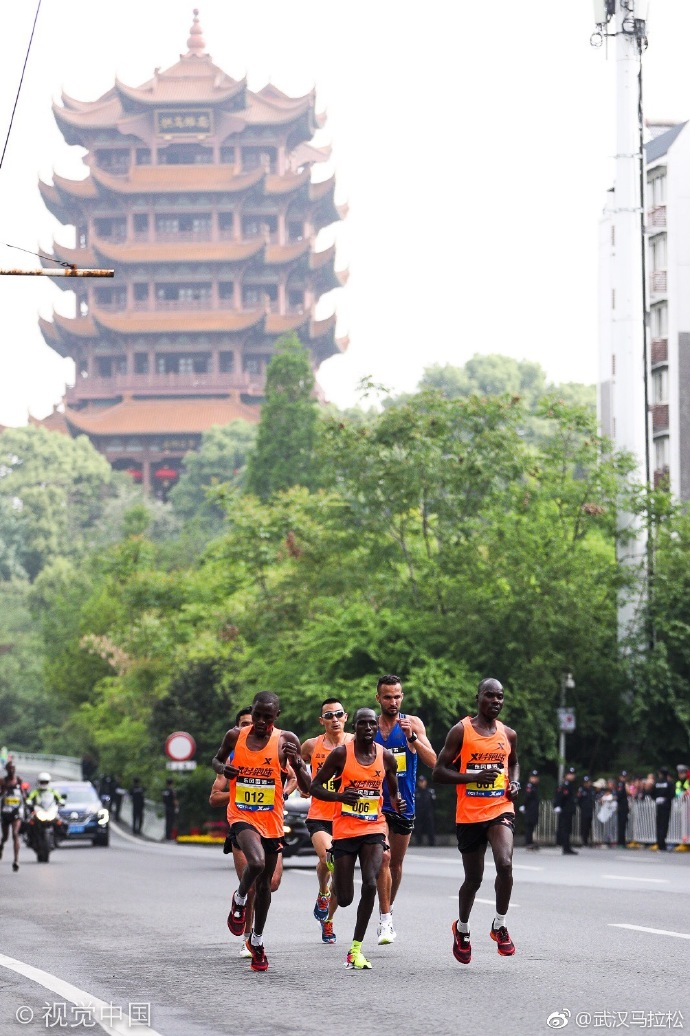 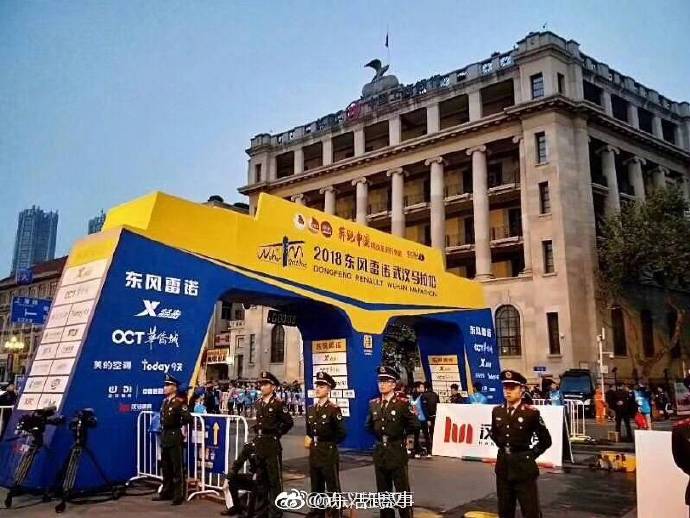 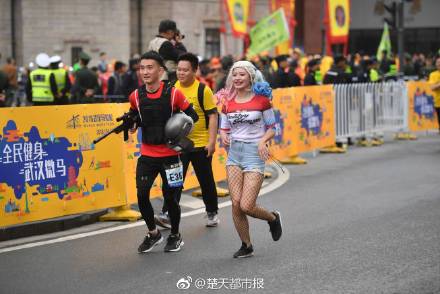 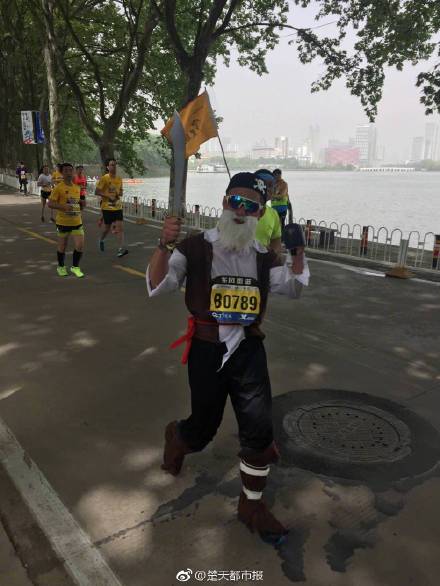 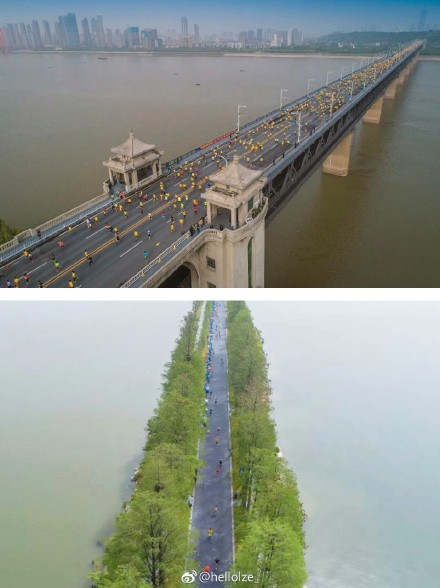 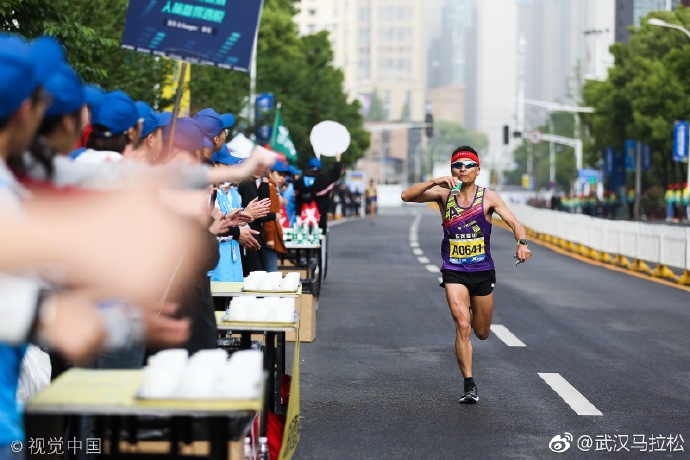 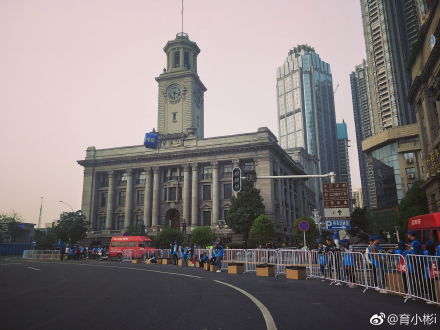 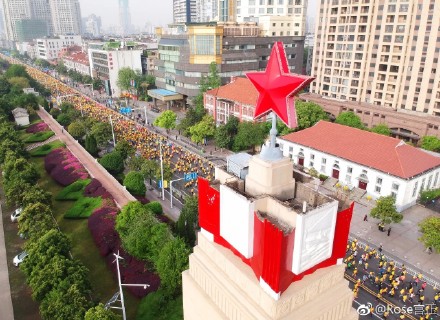 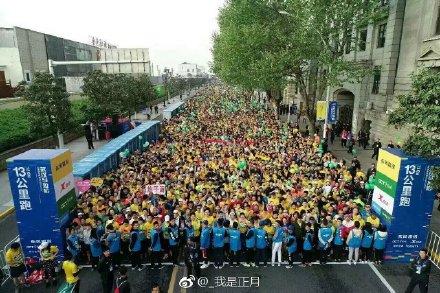 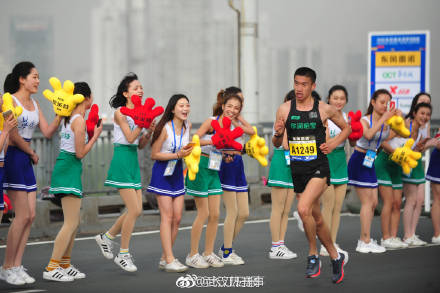 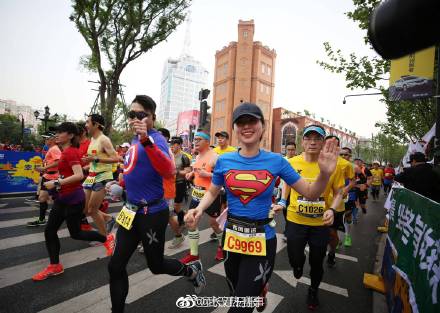 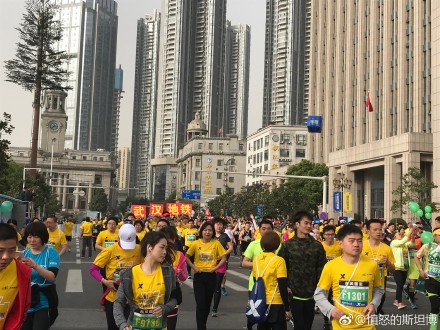 What is it about Indian Prime Ministers ? Maybe its not Indian PMs that are the problem.....maybe its just that Indians are dreamers, who always think in too optimistic terms.

Every single time a new Indian Prime Minister comes to power......they always think that they can do a "RESET" with China.

They always believe that that will succeed where every previous Indian PM starting from Nehru failed miserably. They think that they can use their personal charm to convince Deng Xiaoping, Jiang Zemin, Hu Jintao, and Xi Jinping. Or maybe they can change the venue and make its less formal, and really bond on a personal level.

They think that the previous PMs of India maybe did not have the right approach, or the right skills. Each new Indian PM thinks that he will be the one to finally break the deadlock. They think that maybe they can finally change China's open hostility to India.

This is like watching the same screwed up movie over and over again.

So for 50 years they have adopted a policy of supporting the Pak strategy of "Death by a thousand cuts". Modi will have dinner with Xi and walk around beautiful gardens, and when he is about to leave the Chinese will slap him in the face, just like they did with every other Indian PM.

Most probably the border intrusions by the PLA at the LOC will become very aggressive just as Modi and Xi are toasting glasses on the dinner.

I do not think Modi is trying to do a reset with China. He is simply letting China know India's core interests. Modi understands it very well that Chinese culture respects nothing but strength.
M

Jameson Emoni said:
I do not think Modi is trying to do a reset with China. He is simply letting China know India's core interests. Modi understands it very well that Chinese culture respects nothing but strength.
Click to expand...

i hope you're right. Indians have to understand that Chinese culture, as you said respects nothing but strength & power. Its not about Xi Jinping or any other Chinese Chairman of the CCP.......the Chinese people are genetically programmed over centuries with a dog-eat-dog culture.

So no amount of goodwill or good intentions on India's part can change that aspect of their culture.
People who have lived in a Chinese culture understand that they are not a sentimental people......its eat or be eaten. The law of the jungle.

If anyone needs proof.....look at Duterte in the Philippines - he bent over backwards to kiss China's ass, even told the US president Obama to f*ck off publicly. Did everything possible to kowtow to the Chinese and still got squat in return. China is still trying to claim islands barely a hundred miles from Philippines border.
Last edited: Apr 23, 2018

mattster said:
Every single time a new Indian Prime Minister comes to power......they always think that they can do a "RESET" with China.
Click to expand...

Indians don't believe in this.
certain section of Indian media do, primarily left oriented print and electronic media(which is majority of the indian media). This section of the media ape the west and try to impress the east, and forget about indian citizens in the middle.

mattster said:
i hope you're right. Indians have to understand that Chinese culture, as you said respects nothing but strength & power.
Click to expand...

This also means that as the power differential between India and China changes, the nature of the relationship will also change. 2018 is not 1962. These mini 'resets' are going to be an ongoing thing, regardless of who becomes the PM.

China is seeing a fleet in FDI capital. In the last 10 years, China has renewed claims on the 9 dash lines and antagonized a dozen nations and befriended two failed states, N.Korea and Pakistan, while India has managed to strike mutual-interest understandings with much better nations. The more enemies you make, the lesser surplus force you have to deploy against India. This meeting is a sign of China respecting that power differential, nothing else. Otherwise Xi had no reason to oblige Modi with a meet. He would have simply snubbed him if he COULD.

ezsasa said:
Indians don't believe in this.
Click to expand...

you are wrong probably , indians do believe that its only either modi or any bjp prime minister who could counter china ,


ezsasa said:
certain section of Indian media do, primarily left oriented print and electronic media(which is majority of the indian media). This section of the media ape the west and try to impress the east, and forget about indian citizens in the middle.
Click to expand...

this becoming habit just like pakis media blaming for whom which ever their media that do not supports jihad is funded by raw and hindus .

Informal? I think it's going to me formal. They ain't going to meet over a cup of Starbucks Chocolate Mocha in Wuhan.
Last edited: Apr 23, 2018
R

F-14B said:
What are the duties of a state counselor
Click to expand...

State counselor is like NSA in india.
Presently indian NSA have enormous powers. So consider state counselor as older NSA.powerful but not that

salute said:
you are wrong probably , indians do believe that its only either modi or any bjp prime minister who could counter china ,

this becoming habit just like pakis media blaming for whom which ever their media that do not supports jihad is funded by raw and hindus .
Click to expand...

The fact that Indian media for most part made us believe diplomacy is a zero sum game is the biggest fraud.

If you remember during Congi times, every sneeze by America on trade issues was reported as do or die for Indian economy. These points used be prime time debates throughout the year. Now not so much.

Same is with China relations. Not every diplomatic visit is a zero sum game.

Yes sure BJP gets credit for many things, including talking to China from a position of strength.

We saw at the climate change conference earlier where we didn’t ask any favours in return when PRC came running to us to protect their “face”. Similar dynamics perhaps this time we ought to squeeze out definite time lines and outcomes. Such (even) temporary deals are imperative. We aren’t there to be used to protect abstract and uncivilised behaviour. Pragmatism but also realisim that is the way ahead. If any delinquent behaviour happens at border we will take it for face value and whatever the same says - we have millienium of understanding and direction(s) guiding us and more importantly on side of righteousness and righteous - it’s easy to side with the wrong but the correct and right path is more worthy and blessing as well as long lasting. Imagine PRC rising but imagine more Bharat delivering. The snake around the neck of mahadev !! Only Mahadev can ... Jai Hind

Adding on to the above and following on (not superseding)

The risk to the Modi Ji is a snowden event and dynamic development for ulterior motive where it is suggested that Modi Ji is only continuing on from before and there is absolute no difference and expectations from before (that is the worst parts of yesteryear) and more specifically that he is (only) being a puppet (not of RSS) but of the SG and it’s strings and tentherhooks and linkages (externalities and specially outside Bharat).

For that to hold true it better be announced immediately because if it is not there would be big trouble for the origin of such and the same will be dealt with lethal consequences. In fact it’s linear now and later. This is no joke. Come out in the open now with the truth because the moments are coming to crystallisations.

This area that is Bharat, location and civilisation is auspicious and for righteousness and righteous and has been “programmed” and positioned accordingly. The coordinates and longitudes and latitudes correspends to such. That is not only for the good but for the wanna be good(s). The light shall always be here no matter how dark it is elsewhere (for whatever it is). It might reduce in the world and universe but shall always shine here. That includes for the actors and pretending areas that try and mimicking. The blessing of Durga, Laxmi and Sarswati. The awakening and continuation of truth and dharma. What’s behind is overpowering and they are getting awakened - and when it is done by the most powerful (blessing of Durga, Laxmi, Saraswati) ... imagine the feeling of ... imagine the feeling of a brother and family member at sight of her sister and daughter ... !! Hanuman Ji has been made (is going to places) ...

I say this because Modi Ji it is now the right time to roar. The goddesses have sent the message loud and clear. ROAR !!

Really nice discussion on a sarkaari forum.
Click to expand...

Some of the best quality debates happen only on sarkaari forums.

So - what is the exact nature of the backstab the CCP is planning? Every time the CCP extends its hand out, it's for some maneuvering in the background that they're working towards.

- New sweet-talk from Xi to stave off India for some time so that he can focus on more expansionism in South China Sea?
- Trying to extract concessions for Chinese goods and India's new anti-dumping laws that have hit some Chinese businesses? More trade concessions to open up India to Chinese products deemed non-secure/unsafe?
- Is it about throwing Modi off-balance in elections, with the Congress-ISI-CCP nexus coordinating efforts to finish Modi off for 2019? Karnataka is around the corner, any international embarrassment for Modi can be played up locally, how he has "messed up" foreign relations.
You must log in or register to reply here.
Similar threads
Indian Media Must Go Global : PM Modi
Calling Out “Expansionism”: The Modi Way - The Indian PM has deftly turned Beijing’s regular complaints about history back on itself.
Narendra Modi, BJP’s PM candidate - Implications
Modi meets Kissinger
Share:
Facebook Twitter Reddit WhatsApp Link