Maybe Bangladesh has become the country Jinnah wanted to create 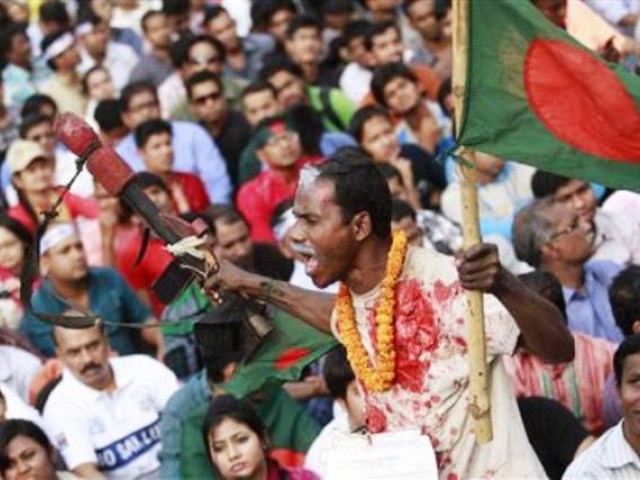 When East Pakistan decided to break away from West Pakistan in 1971, one of the leading factors was the lack of importance accorded by West Pakistan's bureaucracy and intelligentsia towards the other part of the country. It is not a surprise that the attitude did not change even after the separation of Pakistan's two wings.

Pakistan's textbooks are still silent over the atrocities committed by our armed forces and their proxies in 1971. Although West Pakistan may have forgotten, but the people who were subjected to the inhumane behaviour just because they dreamt of a better future, remember it all too vividly.

The demand to prosecute the criminals from 1971 has reverberated in Bangladesh over the years. It was only in 2009 that an International Crimes Tribunal (ICT) was formed set up in Bangladesh to investigate and prosecute suspects for the atrocities committed in 1971.

It should also be noted that Bangladesh's original constitution of 1972 had declared it a secular state but the 8th amendment, put in effect by General Hussain Mohammad Ershad in 1988, declared Islam as the state religion of Bangladesh. Interestingly, Pakistan also had a notorious 8th amendment to the 1973 constitution, giving the power to dissolve assemblies to the president, put in place by none other than General Ziaul Haq.

In 2010, the Bangladesh High Court declared the constitutional amendment that had changed the country's secular status to that of an Islamic state was done without lawful authority. This is still pending in the Supreme Court.

It is against this background that the current Shahbag movement should be seen. It started on February 5, 2013 – the day Bangladesh's ICT awarded a life sentence to Abdul Quader Molla nicknamed 'Butcher of Mirpur' for his part in the mass murder and rape of Bengalis in 1971. He is a senior leader of Bangladesh's Jamaat-e-Islami.

A few days earlier, Delwar Hossain Sayeedi, also a senior leader of Jamaat-e-Islami Bangladesh, was sentenced to death on February 28 for war crimes committed during the 1971 Liberation War.

Bangladeshi youth has taken it upon themselves to protest the leniency of the decision awarded to Molla and have taken to gathering at a Dhaka city compound in droves since the past few weeks.

The youth instead has demanded an "exemplary punishment". They also demand to ban the Jamaat-e-Islami from politics and to boycott institutions supporting or affiliated with Jamaat-e-Islami.

This is a unique moment in modern history of the youth rising up against an Islamist religio-political party due to their agenda. 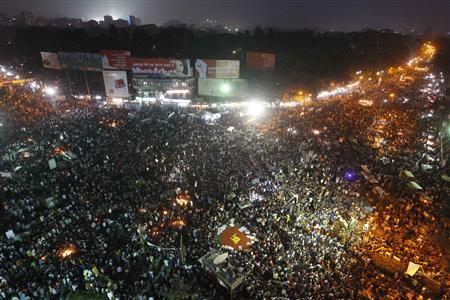 There is, however, little to no coverage of this historic uprising in Pakistan.

What disappoints me is the fact that there is no imminent chance of any similar movement in our country.

Just the other day, hundreds of homes belonging to Christians were burnt by a frenzied mob supposedly avenging blasphemy. Similar treatment was meted out to Christian localities in Gojra and Shantinagar, in 2009 and 1997 respectively.

In the last one and a half years, hundreds of Shias have been killed hither and thither in Pakistan, just because of their religious beliefs. To achieve anything even close to the Shahbag movement, religion and politics will need to be separated and kept apart.

There is widespread confusion about the term 'secular' in the educated class of Pakistan. Being secular, however, does not mean anti-religion per se, as is thought by our masses; it means freedom to choose your religion and not interfere in other people's religion.

The first person to translate secularism as "la-deeniyat" or atheism was the founder of Jamaat-e-Islami in one of his books written in 1939.

Things have deteriorated so badly in our country that no political party is willing to stand up to religious fundamentalists as elections approach.

A trend has been observed in different countries that the emerging middle classes usually patronise the religious lot, giving them political leverage. This trend has been bucked in Bangladesh's case and they have chosen a different path. However, what remains to be seen is whether or not the mobilised Bangladeshi youth in Shahbag Square are gathering in support of out-and-out secularism or just animosity towards the Jamaat mixed with nationalistic

Whatever the case may be, Bangladesh has decided that it won't let the country be hijacked by politicians peddling their agendas in the name of religion.