Hey! And someone is doing cosplay there because I'm thinking of trying it, I don't know if such masks https://www.themasker.com/ are suitable, guys who know

Johny_Baba said:
I don't watch anime (only because i'm too lazy to make a list of animes to download,as there're thousands of them),but when i was a kid they used to telecast one on Sahara one's 'Just Kidz' segment that was my favorite and the anime i'm talking bout is THE LEGEND OF ZORRO (KAIKETSU ZORRO in Japan). 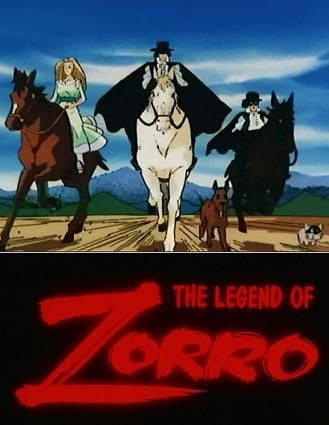 Man,I was a hardcore fan of Zorro.While every kid was itching hard to get powers of Shaktimaan,I was dreaming of becoming this dude.I remember i used to make Domino Masks out of Old Newspapers,Wearing Dadaji's blanket around my neck as a Cape and faking a stick as sword,making 'Z's on air (or sometimes,'G's as its first letter of my name ).

Later,i found out this 'cartoon' was actually an anime,as per 'technical specifications'.

Here's the famous Intro of the anime.(It's original Japanese Intro with title theme song,Other translated versions have instrumental theme only).
Fortunately all the episodes of The Legend of Zorro are available on Youtube. Here's the link of full 52 episodes.

So, never knew legendary singer Masaaki Endoh was the one who sung both opening and closing themes for Kaiketsu Zorro!
This guy's famous among japanese metal and anime fans, because Yu-Gi-Oh!, Brave and so...

Anyway after searching around came to know about these live performance, performing full version of the opening theme song hhmm

Reading comments got full japanese lyrics (and google translated version of lyrics, likewise) that goes by

Reading further also explains why we never got much hindi episodes...simply because this anime wasn't aired beyond some 10 some episodes in Japan itself, originally being a joint Italian-Japanese project and mostly aimed at western audience etc, so whatever Sahara got dubbed in Hindi mostly could have been japanese stuff i assume...rest stuff dubbed in japanese, english etc seems to have been made available later in DVD etc formats so at this age it is complete yes back in our childhood...i dunno...