Are his claims for real ? Sometimes people with psychiatric problems make tall claims.

That is quite a news.

Pakistani national flies in to Delhi, says he is an ISI agent and wants to give up spying


Hello, I am an ISI agent. But I don’t wish to continue any further and want to remain in India,” a passenger told a help desk at Delhi’s Indira Gandhi Airport on Friday after arriving on an Air India flight from Dubai.

The claim sent the security at Terminal 3 into a tizzy, with intelligence agencies being immediately alerted.

“Instead of heading towards transfer area, from where he had to catch a flight to Kathmandu, he approached the helpdesk. He said that he is an ISI agent and doesn’t want to work anymore. Security agencies and Intelligence Bureau officials were informed and they are interrogating him,” an airport source told HT.

Sources said that there is a possibility that he is lying, but officials are checking his passport details to know where he travelled in the past few months.

After he approached the counter, the woman staffer quickly informed security officials who detained him.

Officials said he was taken to an undisclosed destination where he was being questioned, reported PTI.

We should have proper policy in place to allow more ISI officers to enjoy life away from ISI.

Beat him to death if he is lying

Why one more thread on the same issue when i have already started one ?

ashdoc said:
Why one more thread on the same issue when i have already started one ?
Click to expand...

Sorry didnt found it, give me link,i will merge it.

isi agents in nepal will be running.....

square said:
isi agents in nepal will be running.....
Click to expand...

Modi should have policy, based on info, we will pay good and VIP treatment, plus $$$$.

sayareakd said:
Modi should have policy, based on info, we will pay good and VIP treatment, plus $$$$.
Click to expand...

I think he should be treated with utmost respect. It take a great amount of courage and extreme intellect to get out of the whole ecosystem of tyranny and extremism , putting everything you stand for at risk. To differentiate right from wrong , To stand with right side of the history.
India should encourage more such people because we are humans and our religion preaches humanity. This event proves my point that there are still sensible people living on our western border and they are kept hostage by deep state of Pakistan.

Interesting scenario ....... was he a commissioned officer? If he was from ISI how come he started to Nepal that to via India? Where is his family? He left his family back to die?
itinerary is wrong..
Something is fishy .

But But But if he is genuine give him respect and everything to start a new life in India!!!!! 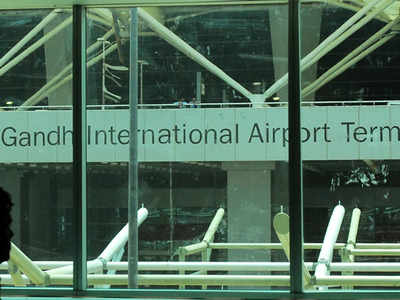 NEW DELHI: 'Hello, I am an ISI agent. But I don't wish to continue any further and want to remain in India,' said a passenger after he got off an Air India flight from Dubai at the IGI Airport here on Friday.

Muhammad Ahmad Sheikh Muhammad Rafiq, a Pakistani passport holder, approached a help desk at the airport and conveyed to a lady at the counter that he wanted to share information about Pakistan's snooping agency, ISI.

Taken aback by his statement, the lady quickly informed security officials who detained him immediately and informed the central intelligence agencies.

38-year-old Rafiq had arrived here by Air India's flight from Dubai and was further booked for Kathmandu. However, he did not take the next flight and decided to break journey and walked up to the help-desk counter at the airport.
http://timesofindia.indiatimes.com/...igi-airport/articleshow/58418947.cms?from=mdr

During questioning, Rafiq said he was connected with the ISI but had decided to call it a day and remain in India, officials said.

He was whisked away to an undisclosed destination where he was being questioned by sleuths from various central intelligence agencies, they said, adding his claims were being verified.

I think this guy after thorough investigation should give public appearances on TV shows that how ISI function and spread disinformation, work with corrupt politicians , recruit people , and break our country apart. I think that would be great for our nation.

I think this guy after thorough investigation should give public appearances on TV shows that how ISI function and spread disinformation, work with corrupt politicians , recruit people , and break our country apart. I think that would be great for our nation.
Click to expand...

I agree lol What I meant to say is that be careful of him being a double agent now or in the future.. Or even a triple agent..

All ISI agents should start running to Pakistan, as this agent brought in list of 2000+ agents on pen drive, Doval has instructed BSF to shoot these guys at site on IB and LOC.........................Local Police and IB will conduct massive raids, starting from late at night..............
You must log in or register to reply here.
Similar threads
Man tries to open emergency door of Air Asia plane before landing, handed over to police
US man claims Africa land, makes daughter a 'princess'
Bangladesh migrants, the citizens of no man's land
Man sets up land grab from army
Share:
Facebook Twitter Reddit WhatsApp Link