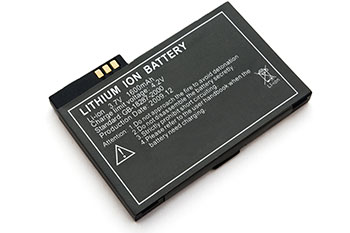 The JV company will undertake the design, development & assembly of lithium‐ion battery packs along with BMS.

The JV company will undertake the design, development & assembly of lithium‐ion battery packs along with BMS. The focus of the company will be to develop battery packs for the rapidly growing electric vehicle market in India & other segments of energy storage applications.

According to the regulatory filing, the company has inked a technical collaboration with the Indian Institute of Technology, Madras, India’s premier academic and research institution in India for the same. Under the technical collaboration agreement, the Centre for Battery Engineering and Electric Vehicle (CBEEV), the research and development centre of IIT Madras, will provide technology for Li‐ion battery energy storage for electric 2 wheelers, 3 wheelers and other small electric vehicles to the JV. 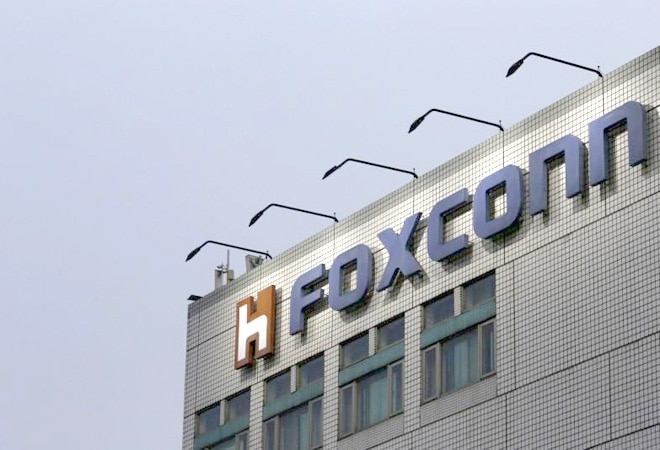 Foxccon and its subsidiary Rising Stars Mobile have registered for the scheme separately with the project management agency of the scheme, Small Industries Development Bank of India (SIDBI)

Global electronics manufacturing companies Foxconn, Flex, Jabil Circuit, Sanmina SCI are among 29 companies that have registered under the Rs 12,195 crore production linked incentive scheme for the telecom sector, according to an official source.

Another source said that Foxconn and its subsidiary Rising Stars Mobile have registered for the scheme separately with the project management agency of the scheme, Small Industries Development Bank of India (SIDBI).

This is really great if achieved. I am not sure if anyone is doing this right now in India.
Last edited: Jun 24, 2021 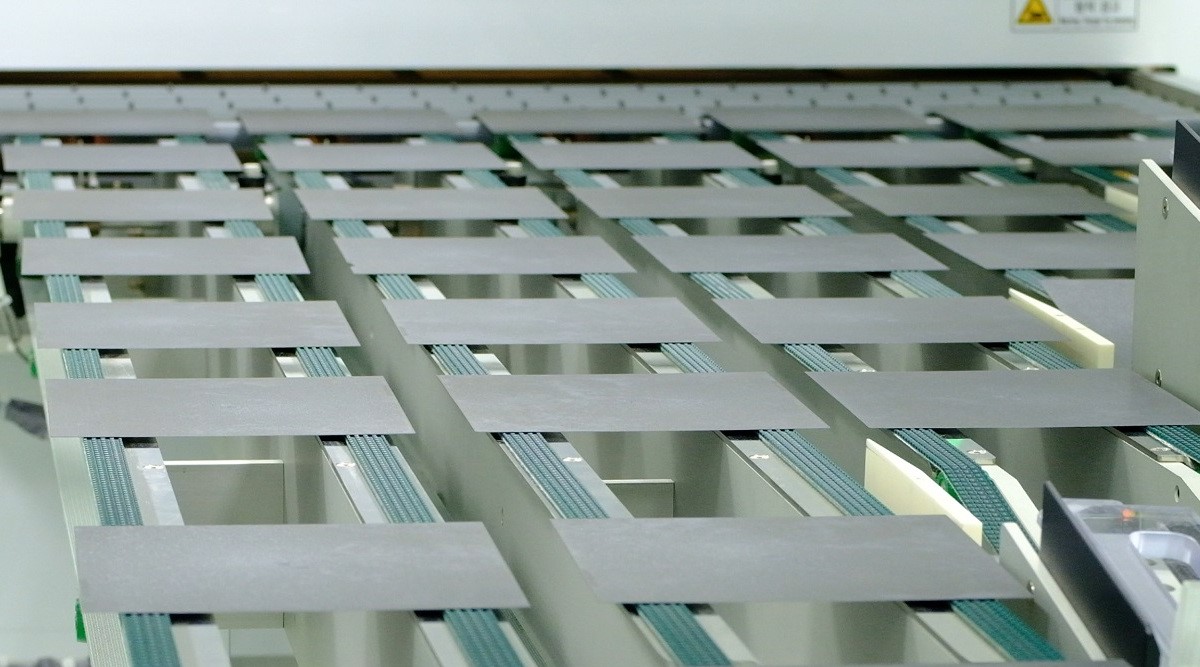 U.S. business 1366 Technologies is looking for Indian module manufacturing partners as it plans to bring its 'direct wafer' production technique to the country. The company uses molten silicon to form wafers rather than sawing ingots, thus eliminating dust waste and speeding up the process.

U.S. business 1366 Technologies is looking for Indian module manufacturing partners as it plans to bring its ‘direct wafer’ production technique to the country. The company uses molten silicon to form wafers rather than sawing ingots, thus eliminating dust waste and speeding up the process.

U.S.-based wafer manufacturer 1366 Technologies has confirmed plans for a 2 GW wafer and cell production facility in India. The unit is being planned under the Indian government’s production-linked incentive (PLI) scheme, which aims to drive deployment of every stage of the solar supply chain, from polysilicon to module manufacturing.

A spokesperson for the company told pv magazine it is exploring manufacturing opportunities for its ‘direct wafer' production process in India and the business said it is also seeking solar module partners.

“The Indian government has made domestic solar manufacturing a priority and our technology is particularly well suited for the Indian market,” said the 1366 spokesperson. “Direct wafer manufacturing can immediately deliver the lowest cost of electricity in a single-junction device for India’s utility market, and it underpins an economically feasible, high-efficiency, tandem product for global leadership.”

Kerfless
The direct wafer process is a kerfless wafer technique, meaning it does not require silicon ingots to be sawn into wafers, a time-consuming process that wastes material as silicon dust. Instead, 1366’s technology forms wafers directly, using molten silicon. The company claims its direct wafer process offers the world’s lowest wafer production cost, translating into cell and module competitiveness.

The direct wafer approach has long held big hopes for the industry and the company operates a demonstration facility in Bedford, Massachusetts, where most of its technological developments were achieved. One such was a 20.3% cell efficiency level recorded in August 2017 in a Q Cells Q.antum cell which incorporated passivated emitter rear contact (PERC) technology and 1366 wafers. That record, 1366 Tech said at the time, was achieved on a pilot line using standard processes seen in mass production.
Last edited: Jun 25, 2021 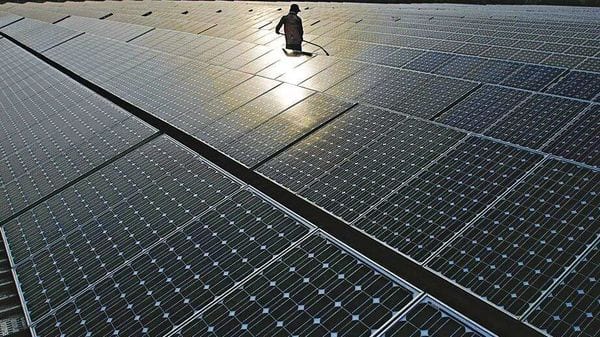 Reliance Industries Ltd (RIL) is looking to buy Norwegian solar module maker REC Group as part of the oil refiner’s ₹75,000 crore push into clean energy, said two people aware of the development.
Chairman and managing director Mukesh Ambani had announced plans to set up the Dhirubhai Ambani Green Energy Giga Complex on 5,000 acres in Jamnagar at the company’s annual general meeting last month. The complex will have an integrated solar photovoltaic (PV) module giga factory.
Norway’s REC Group has an annual solar panel production capacity of 1.8 gigawatts (GW) and has installed around 10GW capacity globally. REC, founded in 1996, has regional hubs in North America, Europe and Asia-Pacific.
In an emailed response, a spokesperson for RIL declined to “comment on media speculation and rumours". 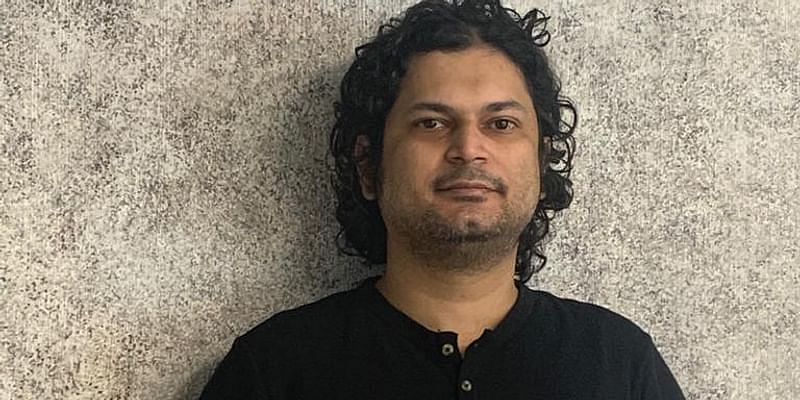 Zetwerk, the contract manufacturing platform, claims to have brought down its cash used for the operation to Rs 80 crore from Rs 115 crore.


The firm also claims to have reduced its net cash used from operations to Rs 80 crore from Rs 115 crore for the year ended March 2020, and also inched closer towards profitability as it narrowed its losses to 2 percent of the revenue compared to 8 percent, last year. Zetwerk claims to have an order book of Rs 4,500 crore as of today.

To date, the platform has partnered with more than 2,000 suppliers and delivered at least 1,000 projects across 15 countries including India, China, Saudi Arabia, and The Philippines.

Currently, the platform works across sectors such as oil and gas, consumer goods, renewal energy and electric vehicles. Apparel, defence, space and aerospace are a few new categories Zetwerk wants to foray into. OSAKA/TOKYO -- India is establishing itself as a global center for air conditioner production, thanks largely to government incentives that have spurred expansion by companies including Daikin Industries, a top player in the South Asian country.

New Delhi wants Daikin and its rivals to not only meet India's needs, but also use the country as an export base. India's diverse climate makes it an ideal test bed for technologies to meet the needs of emerging Asian and African economies set to drive demand for air conditioning in the coming years.

"We plan to start up our new plant by 2023 and increase our local procurement to almost 100%," said Yoshihiro Mineno, a senior executive officer at the Japanese company and head of its global operations division.


Daikin is investing around 15 billion yen ($136 million) for the plant in Andhra Pradesh, its third in India, which will roughly double annual production capacity to nearly 3 million air conditioners. The factory will turn out not only finished units, but also compressors, a core component, for use there and at Daikin's other Indian plants.

The manufacturer will expand test facilities at its research and development center in Rajasthan to accelerate the development of products designed to local specifications. The company also is setting up an office in Hyderabad to recruit experts in digital technology.

Local competitors are on the move as well. Voltas, a Tata Group company that is particularly strong in budget air conditioners, is considering building another plant in southern India. Compatriot Blue Star announced a 2.5 billion rupee ($33.6 million) expansion plan in March, while PG Electroplast looks to begin production within the year at a new facility in Maharashtra that cost more than 700 million rupees.

These moves come amid a government push to foster the country's air conditioning industry, with the goal of expanding production eightfold between 2019 and 2029 to 40 million units.

India in April approved a roughly $850 million subsidy program for home appliances including air conditioners, to boost domestic output and exports as well as promote component production. Eligible companies can receive incentives worth 4% to 6% of their sales growth for five years.

India also has enacted trade barriers to protect domestic industry, hiking its tariff on compressors to 15% from 7.5% and imposing a ban last year on imports of finished air conditioners with refrigerants.

Such policies encouraged Daikin's expansion in India, including its decision to make compressors at the Andhra Pradesh plant. The company benefited from land provided at virtually no cost by the government for its Rajasthan facility.

While both New Delhi and the private sector are focused on expanding production for now, the eventual goal is to make India an export hub to markets such as the Middle East and Africa. Global demand for air conditioning is set to triple over the next 30 years, according to the International Energy Agency.

Daikin estimates the local market for air conditioners at 300 billion yen, or roughly $2.7 billion, which would make it among the largest in Asia, behind only the likes of China and Japan. Yet fewer than 10% of Indian homes have AC units, and many of those that do purchased imports.

With this in mind, the government has made sales abroad a major element of its strategy, anticipating that the incentives will boost exports by 644 billion rupees, or about $8.7 billion, over five years.

Achieving Aatmanirbharta in APIs: Are we on the right track?