This thread is about videos, documentaries and photos of some of the major automobile companies specialising in making large and powerful lorries, tractor trailers, prime movers and related vehicles.

Great videos BengalRaider. I was looking for a documentary on Oshkosh but couldn't find one. That one needs to be here.

The Shaanqi SX2150 (previously known as Yan'an SX250) 5 tonne truck was introduced by the Xi'an-based Shaanxi Automobile Works (now Shaanxi Automobile Corporation Ltd) in 1968. The SX250 was China's first 6X6 cross-country military truck, based on the chassis of the Soviet Ural-375 and the cab/cargo-bed designs of the French Berliet GBU 15. The truck entered service with the PLA in 1974, mainly for artillery hauling and heavy equipment transport roles. The truck has also been used as the chassis for weapon systems and workshop shelters.

The SX2150 truck has a box-shape four-door driving cab that accommodates one driver and three passengers. Early variant was powered by a Chinese indigenous liquid-cooled diesel with a five-speed gear box, while the later variant SX2150K was upgraded with the Austrian Steyr WD615.71 liquid-cooled, turbo-charged diesel engine (191kW at 2,600r/min) and the Fuller RT11509C gear box (nine forward speeds and one reverse speed)
Click to expand...

The PLA is equipped with the Type 82 heavy equipment transporter (HET) capable of carrying up to 50 tonnes of payload. The vehicle is used to transport main battle tanks (MBT) and other tracked armoured vehicles over a long distance cost effectively, saving the wear and tare on the tracks and the roads. The Type 82 HET comprises a Hanyang Special Vehicle Works HY473 6X6 tractor truck and a three-axle HY962 semi-trailer. The vehicle is powered by an air-cooled KHD F12L413F diesel engine developing 355 horse power.

Hanyang Special Auto Works began to develop the HY473 tractor truck and HY962 semi-trailer in the late 1970s. The vehicle adopted some technologies of the Tiema XC2200 military truck, including the air-cooled diesel, gearbox, transmissions, and speed differential locking device. The HY473 tractor truck has a twin-winch located behind the driving cab.

A number of variants have been developed for various purposes, including transporter-erector-launcher (TEL) vehicles for DF-21 intermediate range ballistic missile (IRBM) and DF-31 intercontinental ballistic missile (ICBM) systems. The truck is also available in 4X4, 6X6, and 8X8 configurations.
Click to expand...

pmaitra said:
Great videos BengalRaider. I was looking for a documentary on Oshkosh but couldn't find one. That one needs to be here.
Click to expand...

What is really interesting is how the United states military has looked to standardize it's logistical train by having a central design system incorporating both the military and civilian designers inputs.

The SX2190 7 tonne 6x6 truck was developed from the Austrian Steyr-Daimler-Puch (now part of General Dynamics European Land Combat Systems) Steyr 90 truck technology. China first approached Western countries in the late 1970s to see heavy duty truck technology, and a co-production agreement was signed with Austria in the 1980s. The truck entered the PLA service in the late 1990s to replace its ageing Huanghe JN252 and Hongyan CQ261.

The SX2190 truck adopts the "cab over engine" (COE) layout. The forward control cab has two doors with a hard top to accommodate four crews. The rear cargo body is provided with a drop tailgate and sides, and removable bows with canvas cover. A single spare wheel is mounted vertically behind the crew cab, adjacent to a stowage space between the cab and rear cargo body. This space could be used to accommodate a repairing tools box and other loading/unloading equipment. A hydraulic winch (optional) unwinds to both front and rear with a pulling capacity of 10,000kg.


SX2190 trucks in service with the PLA artillery troops

The truck is powered by an in-line, 6-cylinder, 4-stroke, liquid-cooled, turbo-charged Steyr WD615.50 diesel, with a total displacement of 9.762 litres, providing 206kW at 2,400r/min. The RT11609 gearbox has nine forward and two reverse gears. The vehicle is fitted with power assisted steering as standard.

The SX2190 has been mainly deployed by the artillery troops for artillery gun hauling, and engineering troops for heavy equipment transport role. As well as the standard truck version, it is also available in a range of variants, including the SX2190BQ (short cab), SX2190D (with winch), SX2190E (long wheelbase), and SX4260 (tractor/semi-trailer).

The Dongfeng EQ240/2081E and EQ245/2100E are the most widely equipped troop/cargo carrier trucks in the PLA service. The EQ240 (later renamed EQ2081E) 2.5 tonne truck entered service in 1975, followed by the EQ245 (later renamed EQ2100E) 3.5 tonne truck in the early 1980s. The two trucks have been deployed by the PLA to provide transportation of troops, equipment, ammunitions, and supplies. The EQ240/2081E took part in the 1979 Sino-Vietnam border conflict, during which the truck's performance was highly praised.

The early models of the EQ2081E and EQ2100E were powered by a Chinese indigenous petrol (gasoline) engine, while newer variants are powered by a 160hp (118kW) Cummins 6BT5.9 turbo-charged, 6-cylinder, liquid-cooled, 5.88 litre diesel engine produced by the Dongfeng Motor locally under license. The truck has five forward gears and one reverse gear.

The Dongfeng EQ1141 is the 8 tonne capacity cargo truck developed by DFM in the early 1980s for the commercial market. It is DFM's first truck to be powered by a Cummins-technology diesel engine. The truck has earned good reputation for its excellent performance over the years of service. The PLA acquired a large number of the EQ1141 and its 5 tonne variant EQ1108 for cargo and troop transport role. The truck does not possess off-road capability.

The EQ1141 uses a "cab-over-engine" (COE) layout and 4X2 arrangement. It is powered by a Dongfeng-made EQ6BTA5.9 six-cylinder in line, 5.88 litre, liquid-cooled, turbo-charged, direct injection, 180hp diesel engine, with a seven-speed (six forward, one reverse) gear box. The fuel tank is 160 litre. The truck has no cross-country capability.

@BengalRaider, some of your pictures are not showing up. Mind placing them as attachments? Thanks.

This one is an Ural ripoff! 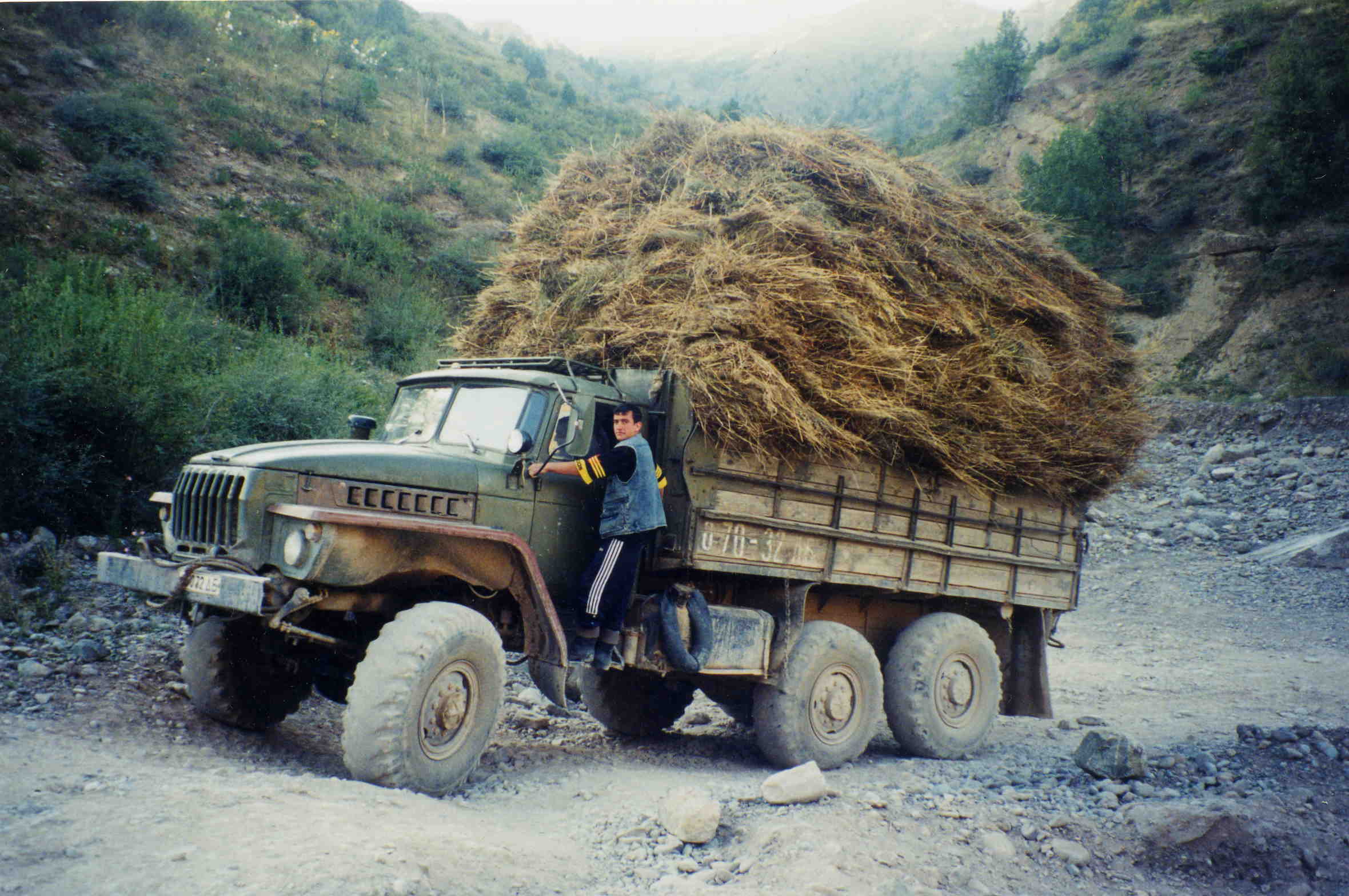 pmaitra said:
@BengalRaider, some of your pictures are not showing up. Mind placing them as attachments? Thanks.
Click to expand...

i have attached them all!