ORLANDO, FL, October 26th, 2009 -- Lockheed Martin’s [NYSE: LMT] new multi-functional AGM-114R HELLFIRE II missile scored a direct hit during its first proof-of-principle (POP) flight test recently at Eglin Air Force Base, FL. The HELLFIRE II design, now entering the qualification phase, features a new multi-purpose warhead that enables a single missile to cover all of the target sets of the current laser-guided HELLFIRE II variants.
The POP 1 flight test featured a lock-on-before-launch engagement of a stationary target board at 3.2 miles (5.1 km). The team used a ground-based laser designator to illuminate the target. The inert missile, which was ground-launched, was equipped with an enhanced telemetry package. In addition to proving out the new components and software, the flight also verified backward compatibility with HELLFIRE II platforms that cannot provide targeting information to the missile.

“The multi-functional HELLFIRE II missile is one missile for many missions,” said Ken Musculus, director of Air-to-Ground Missile Systems Programs at Lockheed Martin Missiles and Fire Control. “Its multi-functional warhead enables the AGM-114R to neutralize a broad set of targets previously covered by four different warhead models – everything from armor and air defense systems to patrol boats and enemy combatants in SUVs or caves. Warfighters won’t have to decide ahead of time what they might encounter and load the appropriate combination of missiles; with the multi-functional HELLFIRE II, they can meet many contingencies with a single missile.”

“This new HELLFIRE II can be fired from both rotary-wing and unmanned platforms,” Musculus said. “A new inertial measurement unit enables properly equipped platforms to launch missiles at targets behind them without first having to turn the aircraft around. Getting the missile on target that much quicker gives the enemy less time to react or escape.”

Musculus said many of the new improvements are software-driven. “We’ve replaced a host of circuit boards, transistors and other hardware components with software,” he added. “Turning hardware into software contributes to the modular design of the missile and offers an efficient path to future upgrades.”

With more than 25,000 rounds produced for the U.S. and 14 international customers, HELLFIRE II has been successfully integrated with attack helicopters in the U.S. and many Allied fleets. It is also capable of surface launch from ground vehicles, tripods and small vessels. More than 10,000 HELLFIRE missiles have been successfully fired in combat.

Lockheed Martin performs all work on behalf of the HELLFIRE Systems, Limited Liability Company and will produce the missiles at its manufacturing facilities in Troy, AL, and Ocala, FL.


The precision-strike semiactive laser (SAL)-guided HELLFIRE II missile system defeats advanced armor and urban point targets in the presence of severe electro-optical countermeasures, with minimal collateral damage. It can be launched from multiple air, sea, and ground platforms, autonomously or with remote designation. HELLFIRE II is a highly successful, combat-proven weapon system for precision kill of high-value armor, air defense, ships, waterborne, and fixed targets. The missile may be employed by lock-on before or lock-on after launch for increased platform survivability. Four variants of the SAL HELLFIRE II are (1) the high-explosive anti-tank (HEAT) missile, or AGM-114K, which defeats all known and projected armored threats; (2) the AGM-114M blast fragmentation missile, which is effective against primary target sets such as boats, buildings, bunkers and light-armored vehicles; (3) the metal augmented charge missile, or AGM-114N, which defeats enclosures, caves and enemy personnel housed therein; and (4) the recently introduced augmented HEAT warhead, AGM-114K-A, which adds blast fragmentation to the HEAT warhead's anti-tank capability, providing precision strike against soft targets in the open.The four variants can all be carried on and fired from the all-digital M299 launcher, giving HELLFIRE II the capability to engage multiple targets simultaneously. The Longbow HELLFIRE missile (AGM-114L) has a millimeter-wave (MMW) sensor and a HEAT warhead, providing fire-and-forget and adverse weather capability against armored targets.


Multi-mission aircraft for U.S. Army operations based on the Predator and the I-GNAT ER, which are deployed in combat in Iraq. The Sky Warrior UAS for the Extended Range/Multi-Purpose UAS Program provides the U.S. Army with a long-endurance, persistent ISR and tactical strike capability featuring a heavy-fuel engine for increased supportability in the field.

Multi-mission aircraft for U.S. Army operations based on the Predator and the I-GNAT ER, which are deployed in combat in Iraq. The Sky Warrior UAS for the Extended Range/Multi-Purpose UAS Program provides the U.S. Army with a long-endurance, persistent ISR and tactical strike capability featuring a heavy-fuel engine for increased supportability in the field. 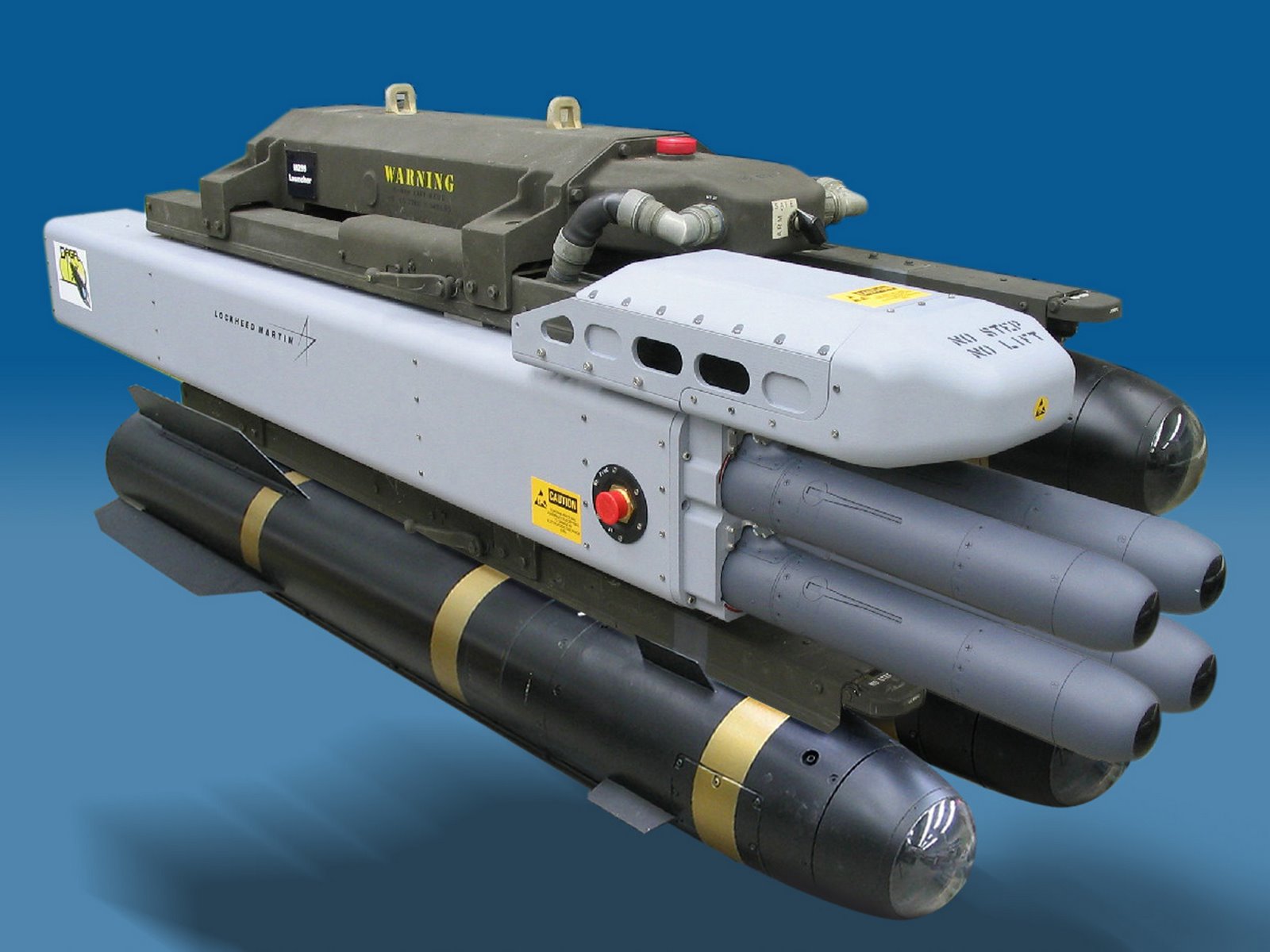 DAGR® rocket system from an AH-64D Apache helicopter. Designed for compatibility with the M299 launcher family, the DAGR system offers potential integration on all rotary-wing HELLFIRE platforms, including the Apache, Little Bird, Cobra, Sea Hawk, Kiowa and Tiger. A mixed loadout of HELLFIRE II missiles and DAGR rockets can be mounted on the same launcher, providing operational flexibility and cost-effective multi-mission capabilities from a single platform. DAGR products and product configurations are in development, and qualification of DAGR products and configurations is ongoing.
Click to expand...