New Delhi, August 4
American defence major Lockheed Martin on
Thursday said it has offered to move its lone
production line of the latest version of fighter
aircraft F 16-Block 70 to India from Texas to
meet Indian and global requirement.
However, the company made it clear the
proposal is "conditional" to IAF choosing the
world's largest-sold fighter aircraft for its fleet.
"The offer we have given to the Indian
government is unmatched and from our side
unprecedented," Randall L Howard, F16
Business Development head at Lockheed Martin,
said here.
(Follow The Tribune on Facebook ; and Twitter
@thetribunechd )
Interacting with mediapersons here, Howard
said the company wants to make F 16-Block 70
“for India, from India and export to the world”.
However, he parried questions on whether the
company is willing to give a commitment not to
sell F16s to Pakistan saying it will be part of
discussions between the Indian and American
governments.
Asked if the offer to move the production line
from Fort Worth to India is conditional to IAF
picking up the aircraft for its fleet, Abhay
Paranjape, national executive, India, said, "Yes".
He said it is conditional to assured orders from
the Indian Air Force which is looking to acquire
new aircraft to beef up its depleting strength.
Defence Minister Manohar Parrikar has said
India will choose at least one more aircraft,
besides the indigenous Tejas, for the IAF
through the 'Make in India' route.
Lockheed Martin, which has sold 4,588 F16s in
the world, faces competition from its American
rival Boeing (F/A-18E), Dassault Aviation of
France (Rafale), Swedish plane Gripen by Saab
and the Eurofighter.
All the companies have offered to set up a
production facility here.
"But we are offering not only moving the lone
production line to India but also meeting the
global requirement through the same unit here,"
Howard said, adding it is a "win-win situation".
Arguing the F 16-Block 70 will be the best
fighter aircraft in the Indian region, he said, "It
is critical for you to pick up a partner who will
deliver on his promise.”
Howard said the company is having multiple
discussions with the government here besides
the industry and "they have not been told to go
away", indicating the discussions are on.
He added Lockheed believes the production in
India will also bring down the cost of the
aircraft which in turn will increase its global
demand.
Howard did not reply to questions on the kind
of investment the company plans to make in the
country and whether it would be looking at a
100 per cent FDI, saying it was too early to
discuss this.
He said the aim of the company right now was
to give maximum data to the government and
the IAF so they can be helped in making an
informed decision.
The company termed India as the "new
epicentre of the world's most extensive,
industrial defence network".
Company sources said besides catering to
India's demand, they are also looking at a
potential export order of another 100 aircraft.
Lockheed officials said the US Air Force will
continue to fly F16s for decades to come.
They added the new avionics configuration is
the largest leap in F16 combat capability and
represents the most significant F16 upgrade till
date.
The company said current order allows the
production line in the US to stay open till late
2017. If a foreign order comes through, for
which talks are on with the US government, the
production line will be open till 2021. — PTI
(source:The Tribune) 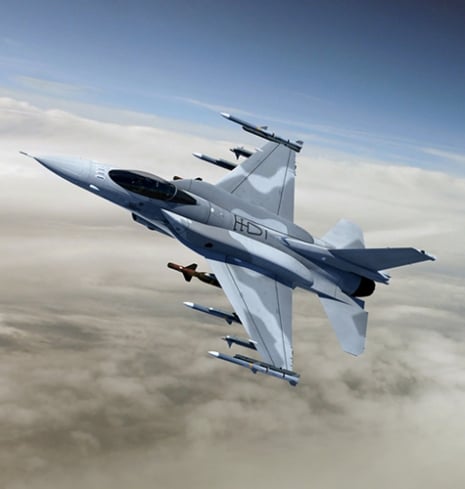 F-16 ....Block ...70
Exclusive F-16 production in India, for the
Indian Air Force and global export, would
make India home to the world’s only F-16
production facility.

The Indian Navy has selected Sikorsky’s S-70B SEAHAWK®
helicopter for its multi-role rotorcraft requirement.
Designed to perform anti-submarine and anti-surface
warfare (ASW/ASuW), the S-70B aircraft will be configured
to meet the Indian Navy’s specific and unique operational
needs. The proposed Indian Navy S-70B variant will include
a weapons management system that integrates an
advanced sonar, 360-degree search radar, modern air-to-
surface missiles, and torpedoes for the ASW role.
The S-70B aircraft also will enhance the Indian Navy’s
capabilities to perform non-combat maritime roles, including
search and rescue, utility and external cargo lift, surveillance
and casualty evacuation. Formalities to enable the
successful delivery of 16 of these sophisticated and
customized helicopters to the Indian Navy are expected to
conclude soon.
When delivered to the Indian Navy, the S-70B SEAHAWK
helicopter will be one of the most advanced maritime
rotorcraft in the world.

All C-130Js delivered to customers around the world have
major aerostructure components from India included in their
build through partnership with TASL in Hyderabad, India.
This partnership with TASL also includes an on-the-job
training element that supports the broader “Skills India”
initiative.
The C-130J Super Hercules :
Is Lockheed Martin’s largest programme in India.
Represents the first major military contract between the
U.S. and India in more than 40 years.
Is the world's most successful and advanced tactical
airlifter.
The Indian Air Force operates a fleet of five C-130J-30s and
it will receive an additional six C-130J-30s as well. India is
one of 16 countries operating the C-130J Super Hercules,
which is the world’s choice for tactical airlifters. The IAF
uses its C-130Js to support a variety of missions, from
cargo delivery to providing vital humanitarian aid.
The Super Hercules is also part of India’s C-130J Roll-On/
Roll-Off University Design Challenge .Through this initiative,
Lockheed Martin provides research grants for teams from
Indian universities to work with local industry partners and
mentors from India’s Defence Research and Development
Organisation to develop design specifications for proposed
modules that could be used on a Lockheed Martin C-130J
Super Hercules cargo aircraft. 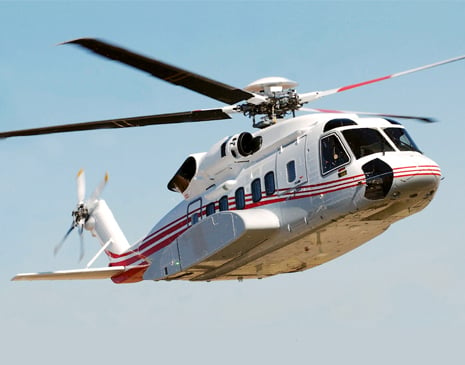 Sikorsky – a Lockheed Martin company – also relies on
TASL in Hyderabad, India, as the manufacturing base for its
global supply of cabin aerostructures for the S-92
helicopter .
Since production began in 2010, TASL has delivered 120
cabins to Sikorsky’s S-92 assembly plant in the United
States.
Today, production of more than 5,000 precision components
that compose each S-92 cabin is 100 percent indigenous to
India — supplied by a joint venture company called Tata
Sikorsky Aerospace Ltd., also located in Hyderabad.
Renowned for its safety and reliability, the S-92 helicopter is
operated extensively worldwide by offshore oil and gas
transport companies, search and rescue agencies, and by
heads of state. Sikorsky has produced more than 275 S-92
aircraft since September 2004. The worldwide S-92 fleet
recently surpassed one million flight hours.

Although details of the F-16C Block 70 upgrade are yet to be revealed one may well expect it to include –– Active Electronically Scanned Array (AESA) radar capable of interleaving air-to-air, air-to-ground and terrain following modes, providing high resolution Synthetic Aperture Radar (SAR) ground imaging and capable of automatic terrain following; Infra-Red (IR) detection kit and a formidable Electronic Warfare (EW) suite.

Being cost effective this fighter would be a steal. We should go in for it as there would also be tremendous export potential and a base for major maintenance for the over 4500 F-16s in service throughout the world. More importantly, with no sales and spares/maintenance to the Pakis, we get to screw them as their F-16s would be grounded forever!!

With a presence in India for over 25 years, Lockheed Martin
opened our India subsidiary in New Delhi in 2008 and has
supported and aligned itself with various initiatives of the
Government of India, including:

Lockheed Martin continues to explore opportunities for
closer collaboration and partnerships, including supporting
the Digital India iniative.
As a part of its larger commitment to enhance the growth
and development of India’s innovation, Lockheed Martin has
sponsored and supported the India
Innovation Growth Programme (IIGP) since 2007 in
partnership with the Indian Department of Science and
Technology, Indo-U.S. Science and Technology Forum,
Federation of Indian Chambers of Commerce and Industry,
Stanford Graduate School of Business, and the IC2 Institute
at the University of Texas.
Resonating with Prime Minister Narendra Modi’s “Start-up
India” call, the IIGP has pioneered an initiative that has
supported more than 400 innovators and start-ups with in-
depth technology commercialization training and
handholding support to commercialize and scale their
ventures in India and across the world, particularly in the
United States.
To date, the revenue generated for the Indian entrepreneurs
through this programme is approaching $1 billion, and it is a
flagship innovation program in the Department of Science
and Technology.
Lockheed Martin Chairman, President and CEO Marillyn
Hewson recently visited India to mark a successful decade
of the IIGP and delivered these remarks . Lockheed Martin
continues to expand its footprint in India, with a focus on
developing strategic collaborations in-country.

Programs and Capabilities for India

Being cost effective this fighter would be a steal. We should go in for it as there would also be tremendous export potential and a base for major maintenance for the over 4500 F-16s in service throughout the world. More importantly, with no sales and spares/maintenance to the Pakis, we get to screw them as their F-16s would be grounded forever!!
Click to expand...

This point of view Maybe in Our MOD And Airforce Big Hat..(to not choose f-16)

but My thinking is nd india needs(future)
is only fully can provide by USA.
because US has the Most Advanced technology What must we need..to confront China..nd Pakistan at the same time... the people who says india can develop.. I agreed.. but in how much time they taken.. this this the big Question..

Being cost effective this fighter would be a steal. We should go in for it as there would also be tremendous export potential and a base for major maintenance for the over 4500 F-16s in service throughout the world. More importantly, with no sales and spares/maintenance to the Pakis, we get to screw them as their F-16s would be grounded forever!!
Click to expand...

Bro..
Miraj2000 is old technology..also not USA it's from Dassault..freanch aviation company..

nd..f-35 is still not got green signle to use by Pentagon.. due to many technical issues..its ongoing.. not clear by Lockheed martin.. us Still waiting to solve this all issues ASAP( this reason
us pause all strategic game.. nd can't learn any lessons to this countries..Like Iran,Syria, South China disputed situation also north Korea)

It is 4.6m-long and 1.2m in diameter, and is fully-compatible with F-15E and F-16C/D fighters. It is also certified for operation in the F-16E/F, which is the newest variant of the F-16 aircraft.

It is 4.6m-long and 1.2m in diameter, and is fully-compatible with F-15E and F-16C/D fighters. It is also certified for operation in the F-16E/F, which is the newest variant of the F-16 aircraft.

What right now they are offering in TOT is not worth it is under development in India or we can procure from other platforms
You must log in or register to reply here.
Similar threads
Lockheed Martin to offer F-35 to India ?
Lockheed Martin offers stealth technology to Korea
Lockheed Martin awarded contract to upgrade Pakistan F-16 fighter jets
Lockheed Martin MQ-25 (Ariel re-fueling drone)
Share:
Facebook Twitter Reddit WhatsApp Link