The Hyderabad police on Wednesday arrested a Chinese national in connection with its probe related to mobile applications providing instant loans through their call centres. These approval of loans is quickly done on these platforms but the lenders then harass the borrowers over repayment. The police launched its investigation after several such cases were reported.


The 27-year-old Chinese national was intercepted at Delhi’s Indira Gandhi International (IGI) airport as he was trying to leave the country, police said, adding that he was overall head of operations of loan apps being run by the four companies.

Another person, a native of Kurnool district of Andhra Pradesh, who played a key role in operation of the call centres, was also arrested, police said.

The Cyber Crime Police Station in Hyderabad is probing as many as 27 cases pertaining to issue of loans by alleged unauthorised loan apps and harassment of the borrowers by the companies running the apps through their call centres.

A preliminary investigation into the financial transactions has revealed that close to 1.4 crore transactions worth nearly Rs 21,000 crore have taken place so far, a release from Hyderabad police said.


Bulk of transactions have taken place over the last six months and further investigation is continuing, police said.

Police said the probe has also revealed that another Chinese national had set up operations in India and is presently abroad. 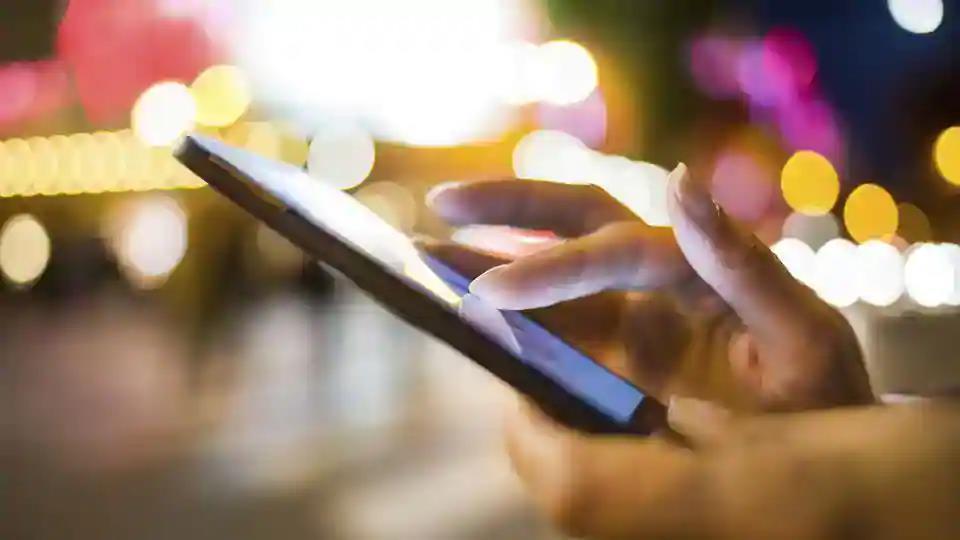 A preliminary investigation into the financial transactions has revealed that close to 1.4 crore transactions worth nearly ₹21,000 crore have taken place so far.

On December 22, the Hyderabad police had arrested 11 people of five call centres located in Gurgaon, Haryana and in Hyderabad, who were being used to persuade, harass and intimidate the loan defaulters.

The crackdown on the loan apps began after three cases of suicide, including that of a software engineer, were reported in last one month. According to police, the engineer had borrowed Rs 8 lakh from an app that promised quick loans. When Covid-19 hit the country, the man lost his job and could not meet the repayment deadlines. With interest, the man owed the app company Rs 11 lakh.


Police said he was harassed with many calls demanding repayment and soon got to know that several of his contacts had received messages branding him a “fraudster”.
H 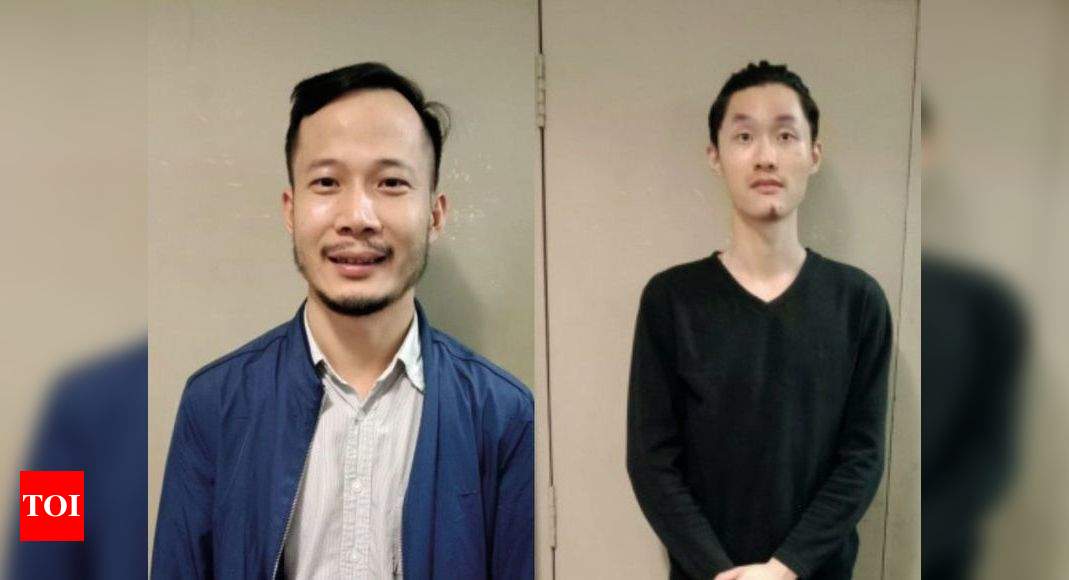 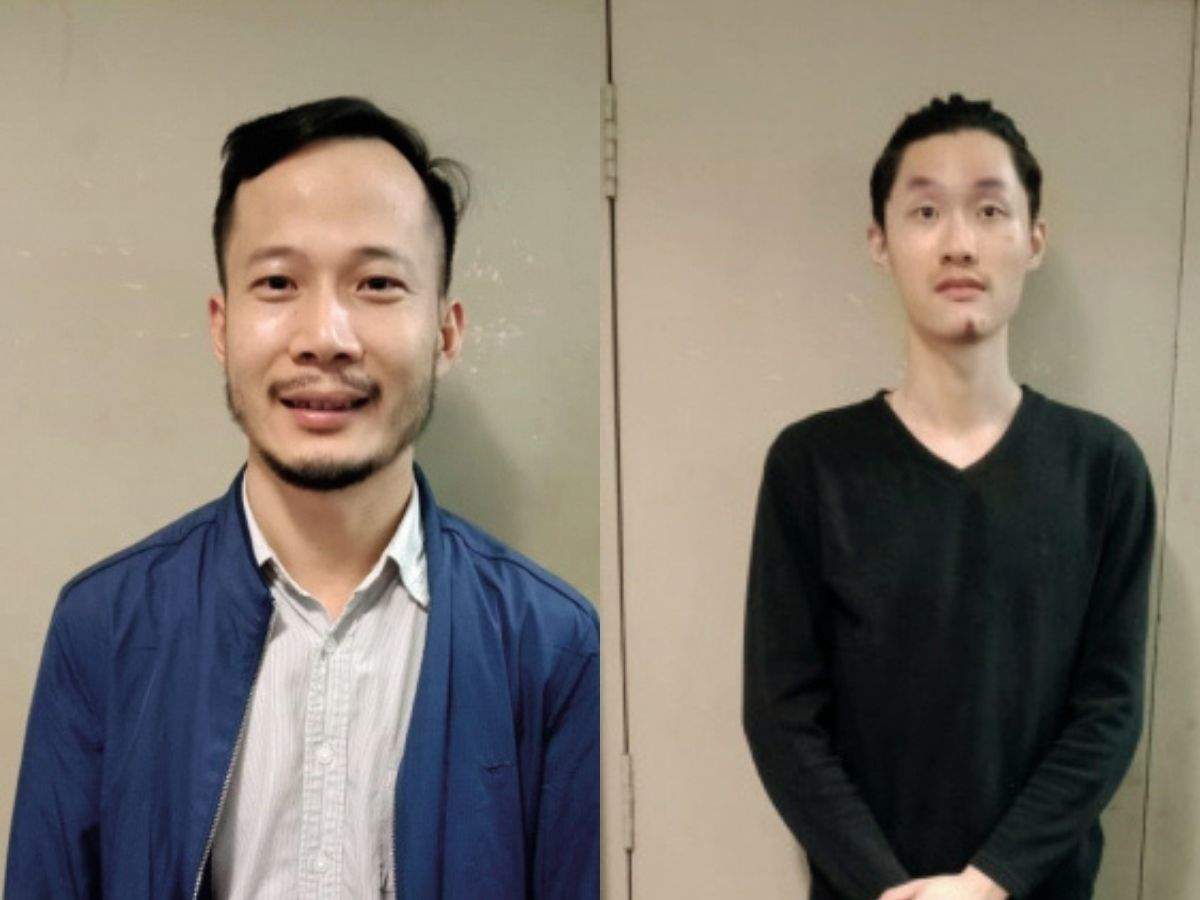 TNNXia Ya Mau & Yuvan Lun
CHENNAI:
The Chennai police have arrested four people, including two Chinese nationals
, and unearthed an extensive network of illegal micro-financing apps offering instant loans at interest rates as high as 36%. According to police sources, more than two dozen illegal apps which could have cumulatively disbursed Rs 300 crore in sums ranging from Rs 5,000 to Rs 50,000 to more than one lakh people across the country have been unearthed.
“The source of the money and to whom and how was the principal and interest credited back is not known and is being probed,” an official said. Two bank accounts with Rs 48 lakh and Rs 1.96 crore balance in ICICI Bank
and RBL Bank branches in Bengaluru have been frozen by police.
While two Chinese nationals Xia Ya Mau, 38, and Yuvan Lun, 28, have been arrested, two others, Hong and Wandish, managed to escape to Singapore.
Two others from Karnataka
S Pramoda of Doopanahalli and C R Pavan of Chikkanahally too were arrested and remanded in judicial custody in Chennai. “Though the Karnataka duo were cited as ‘directors’ of many of these lending companies, they were paid Rs 20,000 as monthly salary, while the Chinese took full possession of cheque leaves, ATM debit cards and the company’s internet banking access credentials,” said a senior official of Central Crime Branch. A CCB team worked on the racket for 20 days and camped in Bengaluru for about a week to nab the suspects.

The Chennai breakthrough has come after the suicide of at least four men in Telangana
and one in Bengaluru owing to shaming and humiliation meted out to them by recovery agents engaged by these loan app firms.

At least five more Chinese nationals have been arrested in different parts of the country, including Delhi, in recent weeks.
Commending the CCB team, Chennai city commissioner of police Mahesh Kumar Aggarwal said: “We are looking into the flow of money to the company -- True Kindle Technologies Solutions Private Limited -- floated by the Chinese. The two arrested Chinese nationals have been staying even after the expiry of their visa period.”

Another officer said they would engage a translator to interrogate the suspects and obtain more information about their apps after taking them into police custody. The laptops and mobiles seized from them will be scruitinized.
The officer said CCB has sent requests to Google Play Store to suspend 25 mobile applications as they are illegal and existed against the investment as well as lending norms in the country.
Pramoda and Pavan told the CCB sleuths that they came across an online advertisement posted by the Chinese requiring them to set up a call centre in Bengaluru. “Their role was to register a company and recruit tele-callers, while the money part was taken care of by the Chinese. More than 100 telecallers were recruited at Rs 8,000 as monthly salary and they were given a target of at least 10 loan referrals every day. “Their job was to make abusive phone calls to defaulting customers, access the contact list of the defaulters and shame them by sending messages to all their contacts. The concept of micro-lending apps became popular only after the Covid-19 lockdown came into effect in March 2020,” said a CCB official.
After three of the customers caught in the debt trap committed suicide in a single month, Hyderabad police have arrested a Chinese national and 15 others and registered 27 cases.
You must log in or register to reply here.
Similar threads
Why Japan is pouring lakhs of crores in cut-rate loans to build infrastructure across India
Chinese Media: B&R is not a charity programme, China should give loans at higher interest rates
Pakistan takes loan from PRC to pay Eurobond debt
China grants US$15 billion in loans to Brazil in 2016 | El Pais Brasil
Share:
Facebook Twitter Reddit WhatsApp Link