New Delhi has extended this invitation to Cairo as it wishes to expand upon Indo-Egyptian economic and defense ties and is exploring a sale of 70 Tejas Mk1A Light Combat Aircraft to Cairo as the latter is looking for a replacement for its aging fleet of Mirage F5s with a focus on local manufacturing and technology transfer and the Republic day parade would be a great opportunity for the Indian military-industrial complex to showcase its abilities in front of the Egyptian leader.

Tejas Mk1A is a single-engine tailless compound delta wing light multi-role fighter designed by the Aeronautical Development Agency (ADA) and manufactured by Hindustan Aeronautics Limited (HAL) intended as a replacement for India's aging fleet of Mig-21s.
It has a Length of 13.2 m, a Wingspan of 8.2 m, and a Height of 4.4 m with an empty weight of 6560 kg and a maximum takeoff weight of 13500 kg.
Powered by a single General Electric F404-GE-IN20 afterburning turbofan Engine it can fly at a maximum speed of Mach 1.6 and can carry a total weight of 5300 kg on its 8 external hard points and with an internal fuel capacity of 2500 kg, it has an effective combat range of nearly 750 km.

Cairo has tried to diversify its portfolio of aircraft to prevent its air force from being rendered useless in case it ever gets hit by western sanctions. This sentiment has only grown stronger after the partial arms embargo imposed by the EU and USA after the 2013 coup.
It is for this reason that EAF is so adamant about an aircraft with no strings attached, local manufacturing, and some degree of technology transfer so that its aircraft can keep on flying even in the heat of the sanctions
The Egyptian Air force operates a mix of American, French, soviet, and Chinese aircraft, Indian HAL Tejas Mk1A will add an extra layer of depth to this diverse mix bag of aircraft.
The Indian offer seems to fulfill all these conditions as the Tejas manufacturer Hindustan Aeronautics Limited (HAL) has offered to establish a production line and some degree of ToT along with a repair and overhaul facility if it wins the deal.
India's no strings attached policy regarding its weapons usage along with the diverse set of weapons package Tejas can fire such as the Soviet R73, R77, KH59, KH35 French MICA, AASM American GBUs, and Indian Astra 1/2/3, SAAW, Bramhos (world's fastest supersonic cruise missile), Rudram 1/2/3, etc makes Tejas even more attractive as EAF already operates many of these weapons.

However, it's not all sunshine and roses for Tejas either. Tejas has a fairly high amount of imported subsystems present in it, 25% to be exact most notable of which are the Israeli Elta EL/M 2052 AESA Radar, DASH Helmet Mounted Display, British Martin Baker Mk16 Ejection seats, and American General Electric F404-GE-IN20 afterburning turbofan engine, presence of these imported subsystems makes it susceptible to western sanctions, also given the tense relations between Egypt and Israel a deal with Israeli subsystems present on Tejas is highly unlikely, However, it should be noted that HAL is trying to replace these imported subsystems with homegrown alternatives such as the Uttam AESA radar to replace the current Israeli Elta EL/M 2052 AESA Radar, etc.
Other imported subsystems such as the Martin Baker Ejection seats, and General Electric F404-GE-IN20 afterburning turbofan engine shouldn't be too much of a problem since EAF already operates a large number of them making logistics easier, furthermore such strict western sanctions are highly unlikely in the recent future.
The reluctance shown by the IAF in inducting Tejas in its early days and its low order amount gives Tejas a bad rep.

The Main competitor against the Tejas would be the Korean FA-50 a light combat aircraft developed by Korea Aerospace Industries (KAI) and Lockheed Martin an American aerospace giant
Technologically speaking both the Tejas and the FA-50 are quite similar and even face the same difficulties in this competition for example both have a high amount of imported subsystems, however, FA-50 has more imported subsystems than the Tejas such as Israeli Radar, EW suite, helmet mounted display American Engine, avionics, weapons, etc.
Apart from that unlike Hindustan Aeronautics Limited (HAL) Korea Aerospace Industries (KAI) is unwilling to offer local manufacturing or any useful amount of technology transfer.
However, one field FA-50 excels in comparison to Tejas is its high export success because as of right now at least 5 countries are using the FA-50 whereas Tejas is only used by India
Click to expand...

just wanted to try something new so wrote this piece of blog, hope it impresses some of you folks
L

any updates on Tejas orders / deliveries for IAF?
S

LondonParisTokyo said:
any updates on Tejas orders / deliveries for IAF?
Click to expand...

All foc delivered, no trainers delivered yet

@Indx TechStyle can you plz clear the thread

Male version of "my abdul is alag" 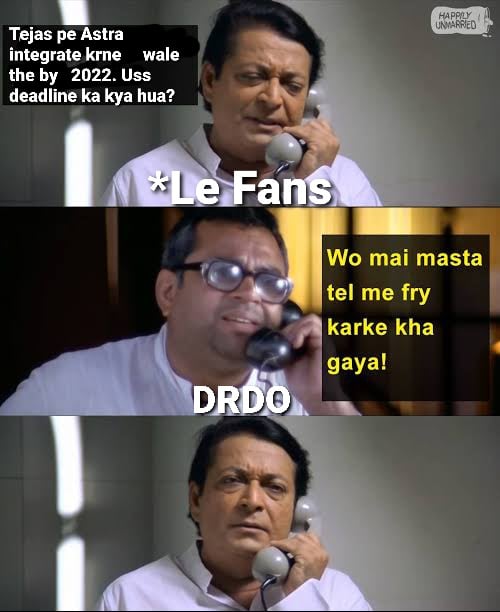 Rajaraja Chola said:
Just an racist post here. As long as any religious places is built legally, it should be no cause for concern.
Click to expand...

Even if it was backed by foreign interests or people who have nefarious intents in mind? There's a thing called naivete.

What will happen to the N-LCA Prototypes. Does navy use it an Experimental plane or will be tested for TEDBF systems or will be converted into IAF Version.

Arjun Mk1A said:
What will happen to the N-LCA Prototypes. Does navy use it an Experimental plane or will be tested for TEDBF systems or will be converted into IAF Version.
Click to expand...

Will be testbed for tedbf
S

Did egypt select FA-50 or is this based on the fact that KAI has signed a MOU with an egyptian company?

Gyyan said:
Did egypt select FA-50 or is this based on the fact that KAI has signed a MOU with an egyptian company?
Click to expand...

Gyyan said:
Did egypt select FA-50 or is this based on the fact that KAI has signed a MOU with an egyptian company?
Click to expand...

we signed a MOU too 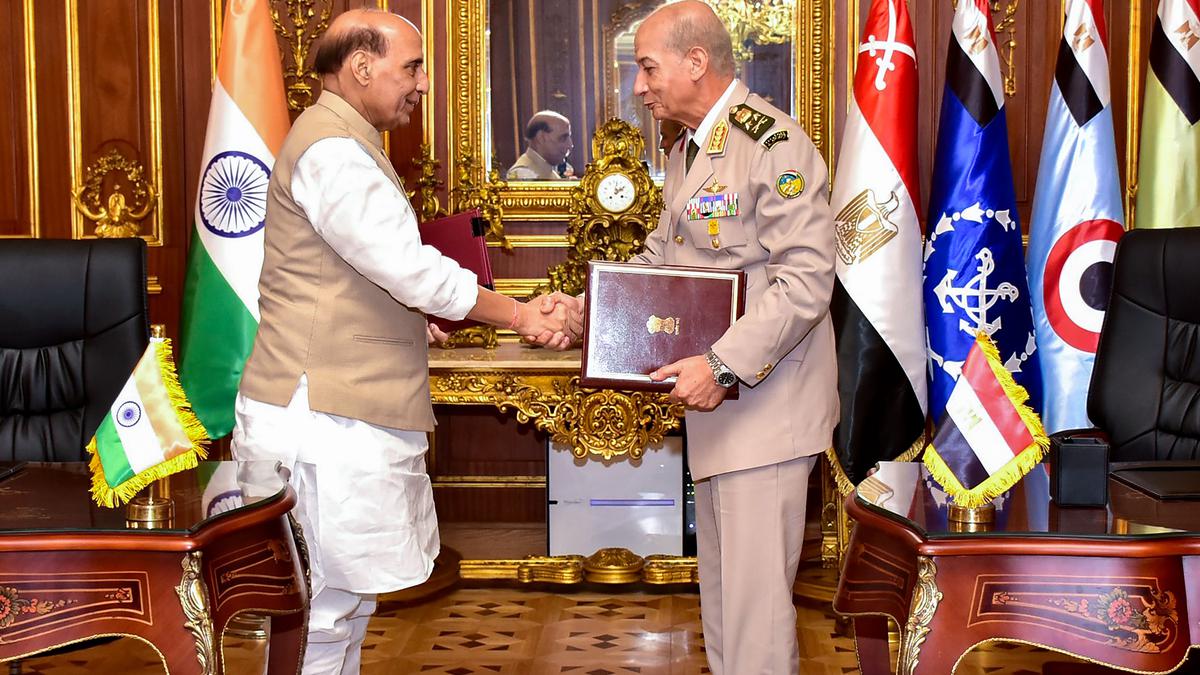 It was signed by the two Defence Ministers during Rajnath’s visit to Cairo.

Abdus Salem killed said:
Australia is this fk mad
Too much pride on exporting a Chinese cheap plane with paki paint
Click to expand...

He's so far gone he doesn't even realized he's embarrassing himself. They truly believe pakis developed the jeff themselves with assistance from china and this sino-american bird with a russkie engine is a triumph of islam.
S

I too am upset as hell. These Packies are truly incorrigible.

However, can someone throw some light on LCA for Egypt AF? Is LCA still in contention?

skdking said:
I too am upset as hell. These Packies are truly incorrigible.
Click to expand...

They are probably using the tittle of wions coverage on tejas for reference.

You must log in or register to reply here.
Similar threads
LCA Tejas: Photos & Footages (no text other than headings)
LCA TEJAS and what makes it stand out
Rise of LCA Tejas Multi Role Fighter Aircraft
LRUs or parts of LCA Tejas Made and designed in India
Share:
Facebook Twitter Reddit WhatsApp Link