Flag waving nationalistic sentiment cannot be confused with the reality that IAF have to deal with.

Technology is making pilot skill less of a factor than in the past. The fighter with the best technology, stealth, weapons and radar and avionics wins. Its no longer about dog-fighting tactics and making circles in close air combat and trying to shoot your enemy down.

So which pilot in the world wants to fly in a fighter with a 3rd generation Airframe and Aerodynamics mixed in with some 4th Gen avionics, etc. Its fine for training young pilots, and fly-by's at the air show. I seriously dont think any IAF pilot wants to be in an LCA when he is faced with a Pak F-16 with the latest block upgrades.

Likewise no Chinese pilot or Pak Pilot in a JF17 would want to be in a fight with an Indian Rafale or SU30MKI.

Countries that have a lot of money can have many different fighters in the fleet. Countries that have a limited defense budget need to get to have a smaller variety of aircraft to reduce the cost of maintenance and training.
If India had not taken so long to pull trigger for the Rafale deal.....they could have probably bought double the number of planes at a much lower cost per aircraft.

True, but where did I say that it can be used? 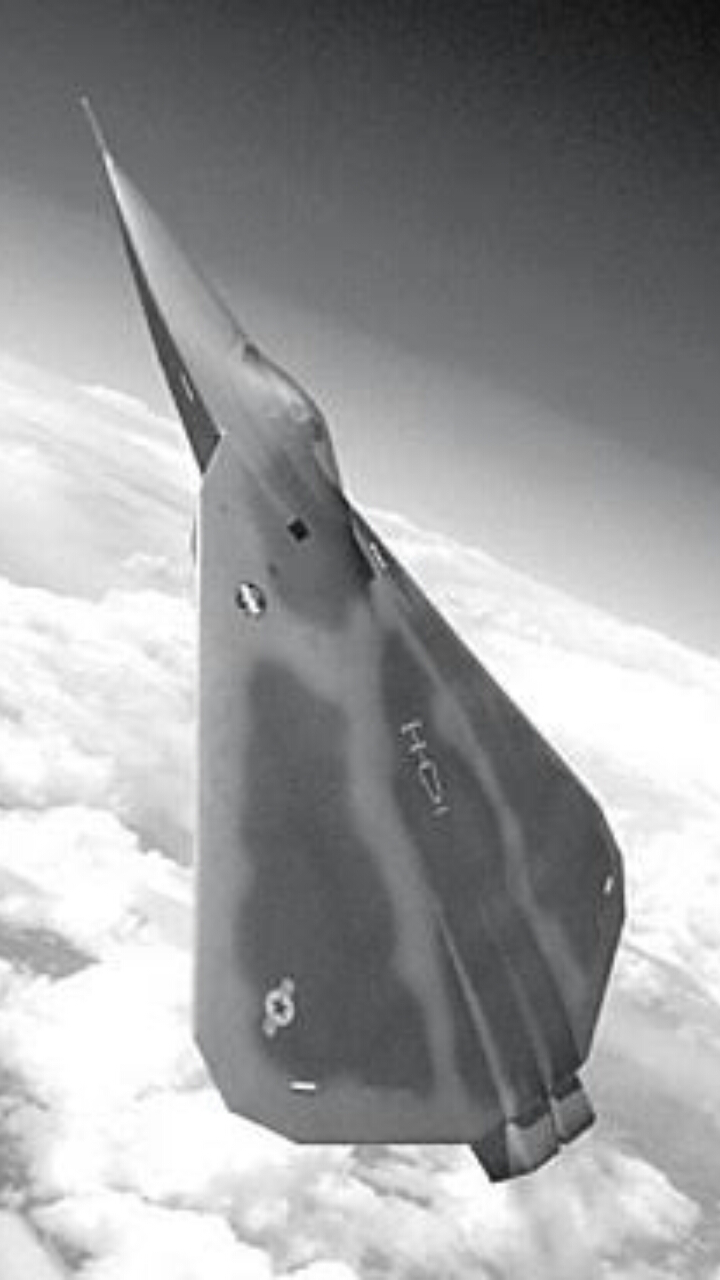 Dual engine TEDBF inspiration? as the need of full stealth is only limited while the requirement of payload and agility along with costs is a priority.
Click to expand...

Not tedbf, but a omni role 5th gen light weight fighter. Doesn't necessarily have to as stealthy as manta, I have merely stated similar design

Dual engine TEDBF inspiration? as the need of full stealth is only limited while the requirement of payload and agility along with costs is a priority.
Click to expand...

Also the design I posted is for rv mk2 not tedbf, rv mk2 is a light weight 5th gen fighter

Defense PSU Hindustan Aeronautic Limited (HAL) will be integrating an ELTA’s ELM-2052 Airborne AESA Fire Control Radar (FCR) procured originally for the Jaguar Display Attack Ranging Inertial Navigation (DARIN III) upgrade program in its preparation for the manufacturing upgraded 83 Tejas Mk1A which company plans to test many of the features and equipment before first Tejas Mk1A jet is ready for first flight by 2023. idrw.org has been informed that two Tejas Limited Series Production jets are been used to test many of the new features and equipment which are marked to be featured in Tejas Mk1A jet and one of the jets will be used to test ELTA’s ELM-2052 AESA FCR, Dual-Rack Pylons, External Self Protection Jammer (SPJ) POD along with New Smart Multifunction Displays (MFD).A deal for 83 upgraded Tejas Mk1A has been postponed and it is likely to happen by end of this year, many Defence Analysts are fearing it might slip further due to the slowing economic situation due to the present pandemic conditions in the country. Mark 1A will also be able to fire Astra Mk1 Beyond Visual Range (BVR) missiles and will also get ASRAAM close combat air-to-air missiles along with Vympel R-73 CCMs and the Derby-ER BVR missile as its Standard Air-to-Air missiles. Hindustan Aeronautics Limited (HAL) and IAF along with the Defence ministry agreed for the Rs 37,000 crore deal after hectic price negotiation where HAL agreed to move from Rs 50,000 crore it had initially had asked for the manufacturing of the 83 jets.

mattster said:
Flag waving nationalistic sentiment cannot be confused with the reality that IAF have to deal with.
Click to expand...

Tell that too a pilot who continuously evolves with what he gets....the rookie mindset should go that technology will replace humans,today's pilots don't fly the high performance maching with 50s tactics. With best technologies we saw what happened to the F15s and F16s in the cope india excercise 2002.
..Even with Rafales,their will hardly be a change in the enemy's backyard, technology only evolves brain,it can't win you war alone....

mattster said:
So which pilot in the world wants to fly in a fighter with a 3rd generation Airframe and Aerodynamics mixed in with some 4th Gen avionics, etc. Its fine for training young pilots, and fly-by's at the air show. I seriously dont think any IAF pilot wants to be in an LCA when he is faced with a Pak F-16 with the latest block upgrades.

Likewise no Chinese pilot or Pak Pilot in a JF17 would want to be in a fight with an Indian Rafale or SU30MKI.
Click to expand...

By the same logic,Rafale are also designed in the same era,doesn't it have a 3rd gen airframe.....unstable design was introduced in the 4th generation aircraft,the f15 had relatively stable design and it still flies today. The latest block upgrade on Pakistani f16 is block52,with no change in the engine's,that limits the aerodynamic capability of the bl52 compared to the block15/16...a much poorer and highly outdated MiG-21 was put against the so called bl52 after the Balakot strikes.
Pakistan jf17 was also the part of the strike package,they were providing air defence to the strike aircrafts,jf17 faced mirage 2000snds in the short skirmish,though no shooting happened neither mirages nor jf17s got a lock on each other,that's how complex the air warfare...
E

piKacHHu said:
Much of his complain is against HAL not Tejas. HAL played its hand too far by attacking armed forces for their interest in imported aircraft (NUH fiasco). Now it's been returned in kind by the top veterans by highlighting delays on their part.

Unfair to attack AVM Nambiar who has contributed much in Tejas program. His words carry far more weight than any fanboy hounding him on twitter for calling Tejas as a B team.
Click to expand...

Hey @piKacHHu, did you check out the comment section... its pretty interesting...

Chandragupt Maurya said:
Just downloaded the indian airforce game on my iPad now i am flying the Rafales and Su30mki Tejas is locked I don’t know why

Emperor Kalki said:
Hey @piKacHHu, did you check out the comment section... its pretty interesting...

Also, do check out the thread by firestarter and the comment by indranil roy...

How is that 40 years old aluminum alloy made F16 better than LCA Tejas which has got carbon composite airframe AESA Radar and Quadriplex digital fly by wire system and above all it is indigenous But can Tejas be used against Pakistan? Because it has got American engines

Already have it's. Cleared all stage's.

Emperor Kalki said:
Hey @piKacHHu, did you check out the comment section... its pretty interesting...

Yeah, that's why I was wondering what these people are up to ? I am sure none had flown even a Cessna in their life yet they are preaching/insulting the retired air marshal for his ignorance about Tejas or greed for kickbacks while ignoring his role in Tejas development. As a chief of IAF western command, he must be privy to the results of DACT exercises of IAF and strength & weaknesses of Tejas much more than anybody demeaning him on Twitter. So, whatever he is saying is not without any basis. Better to take it constructively by ironing-out issues with Tejas or else continue with mud-slinging fight.

My take is that if you are so desperate to find scapegoat for IAF's aversion to Tejas for bashing , pick the Govt. and HAL first. Government for not providing IAF enough budget to fulfill its requirement (say MRCA etc.) and HAL for delaying the Tejas as per IOC/FOC. It's not as if the IAF had always been a pampered child always asking for expensive toys. Most of the aircraft purchases in this country were driven more by political reasons rather than based on IAF requirements (Mig 29, Su-30 MKI etc.). Even with that, It's delivered with what it has during Kargil, 26th Feb Balakot bombing etc. So give IAF some space to present its viewpoint rather than choking it on the name of Indigenous development.

Order book numbers & its correlation with production rate is a strange logic ! May be it's true from economy of scale perspective but when you sign a contract with the vendor, the period of delivery is explicitly mentioned along with penal clauses in case there is a delay (The dreaded LD clause !). The commitment from the vendor comes from accepting & signing the purchase order where it promises to abide by the contract's term & condition. I am not sure whether this particular contract has envisaged future order based on which the delivery date was made flexible.

That may be true for fabrication-supply of prototypes during D&D stage (as in propriety purchase/limited tenders) but for serial production, I doubt there is any room for making case for flexible delivery date.


Meanwhile, our beloved HVT is batting hard for team HAL.

Overall, many valid points were raised in thread but the problem is the person whom everybody was questioning is himself akin to fountainhead of knowledge related to Tejas. At the age of 60+ and with plenty of flying hours under his kitty, it would be difficult to change his mindset about certain things.

Its the only Indian team

Dont knew if anyone posted this picture's, cant fined on Tejas thread so will post it anyway's. 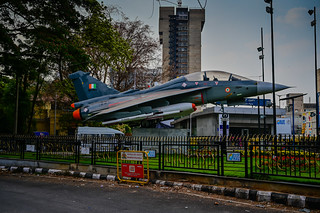 piKacHHu said:
As a chief of IAF western command, he must be privy to the results of DACT exercises of IAF and strength & weaknesses of Tejas much more than anybody demeaning him on Twitter.
Click to expand...

I'm kinda surprised this hasn't yet sparked a domestic controversy right here in the thread....

There are few supporters of him even on this forum's.
You must log in or register to reply here.
Similar threads
LCA Tejas: Photos & Footages (no text other than headings)
LCA TEJAS and what makes it stand out
Rise of LCA Tejas Multi Role Fighter Aircraft
LRUs or parts of LCA Tejas Made and designed in India
Share:
Facebook Twitter Reddit WhatsApp Link