PCC Airfoils, a company based in Merida, has recorded sales of as much as $120 million a year. This company and others in Merida, a city which exports to the United States, Canada and other parts of the world, are positioning Yucatan as a recognized state for the aerospace industry.

“In this sector, important exports are made from the Yucatan. PCC Airfoils is dedicated to manufacturing turbine parts,” explained Torres Parraud.

PCC specializes in finishing the process of making turbines, especially in the manufacturing of blades and key parts, while operating turbomachinery which is responsible for diverting the flow of current in the aircraft.

The blades or propellers are made in plants in Oregon, United States, and are subsequently moved to Merida to be completed and then sent to different fina destinations.

“It requires specialized labor, each piece will have to undergo an X-ray to check if there’s cracks or casting defects needed to be rectified, processes that require advanced knowledge of welding. We are talking about nickel alloys, stainless steel and methane,” said Torres Parraud.

To carry out this procedure, you need specialized equipment; Merida has it. There is also manpower, with engineers focused on this sector. So far there are more than six thousand people in Yucatan working in the aerospace sector. 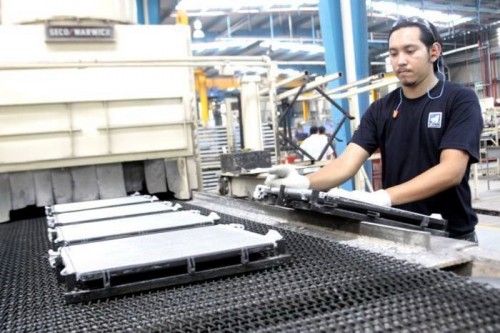 Yucatan positions itself as exporter of aircraft turbines for aerospace industry

PCC Airfoils, a company based in Merida, has recorded sales of as much as $120 million a year. This company and others in Merida, a city which exports to the United States, Canada and other parts o…

Yesterday the first stage of economic reactivation began in Yucatan with the reopening of the aerospace, aeronautics and automotive manufacturing industries. In the case of aerospace, about a thousand employees of the only company dedicated to this area in the state returned to work maintaining strict prevention measures.

This is PCC Airfoils, a company located in the Ampliación Ciudad Industrial subdivision of the Yucatecan capital, which since 2001 has been dedicated to the manufacture of aircraft parts and provides finishing operations for various products from the company's other plants.

It is the world's leading company in structural investment casting, forged components and aerodynamic castings for aircraft engines and industrial gas turbines.

At the beginning of the year, the government of Yucatan, through its head, Mauricio Vila Dosal, signed a letter of intent with the Spanish company Deimos belonging to the Elecnor group to make an investment in aerospace and satellite matters in the entity.

The amount of said investment would amount to 130 million dollars so that, in its first stage, a technological center in satellite and space matters would be installed, where 200 engineers would work directly and 600 people indirectly, this with the purpose of building communication and research satellites.

The document signed in Madrid was the product of a work tour that the president made in June of last year when he attended the 53rd edition of the International Paris Air Show, where he met with directors and representatives of the most important aeronautical companies worldwide. .

The letter of intent expresses the legitimate interest in investing in Yucatan, previous feasibility and sustainability analysis studies of the project. That is why they would work with the federal and state authorities in order to know all the paperwork in Mexico in aerospace matters.

The investment would have placed the state as the first in Mexico where satellites would be built, with which Yucatan would have been consolidated in the world of the aerospace industry. However, there has been no news of the future of the project in the face of the health emergency derived from COVID-19.

There are experts in the field who see Yucatan as fertile land for this type of industry, such as Luis Lizcano, general director of the Mexican Federation of the Aerospace Industry (Femia), who in January of this year told a national media outlet that the firm of the agreement with Deimos he speaks of the state as a player in the sector, as he recalled that thanks to PCC Airfoils there are already a thousand workers in the industry.

Lizcano explained that geographically, the entity's location favors both reception issues -for the testing of satellite communication equipment, as in the case of Deimos- but it also opens up the testing of more advanced manufactures, even considering aerospace launches, although the latter has not been considered.

As well as Deimos, PCC Airfoils announced at the beginning of the year the investment of 300 million pesos to expand its production capacity with a 18,400-square-meter nickel-based blade and ceramic core foundry complex, which will generate 1,600 jobs. direct and will contribute 3 thousand indirect. 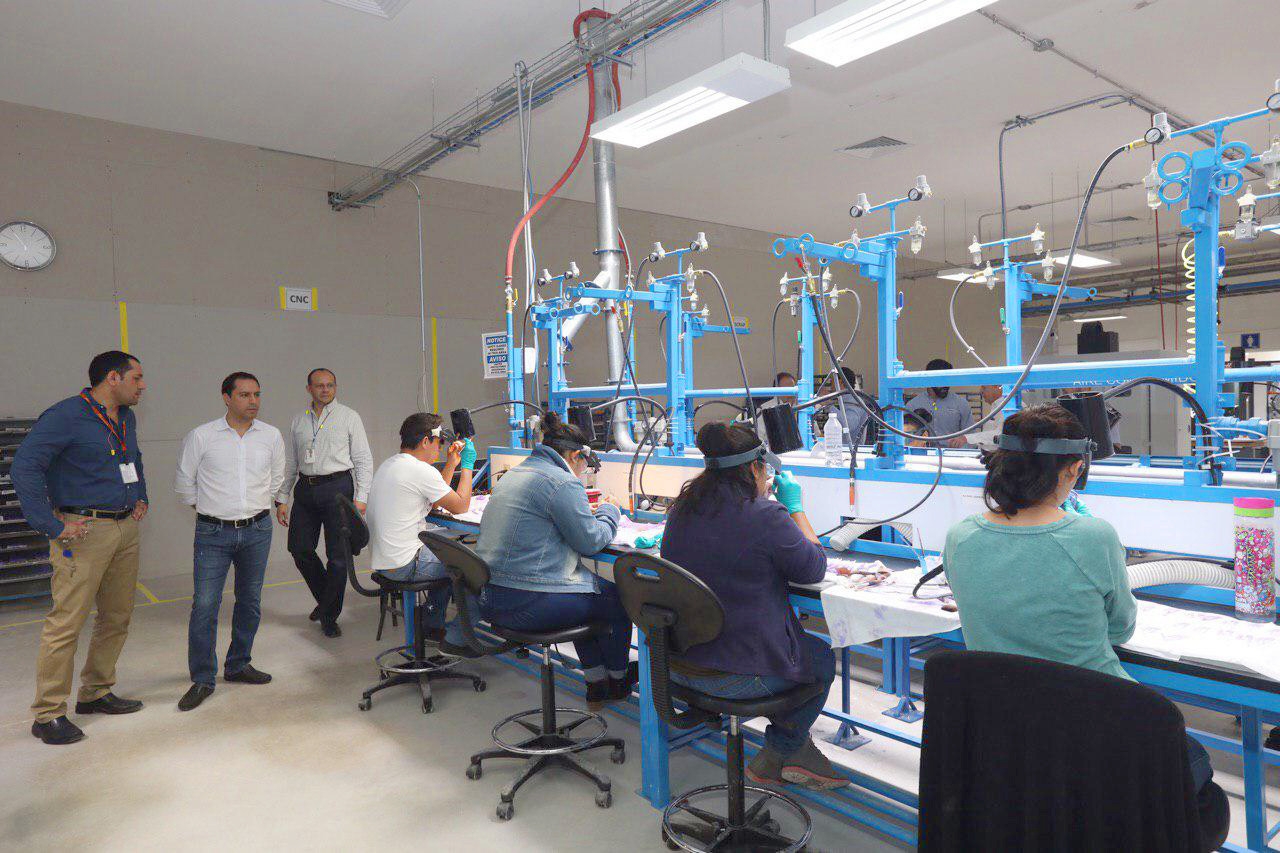 Halcón 2, the 100% Mexican aircraft and proudly 'made in Guanajuato' 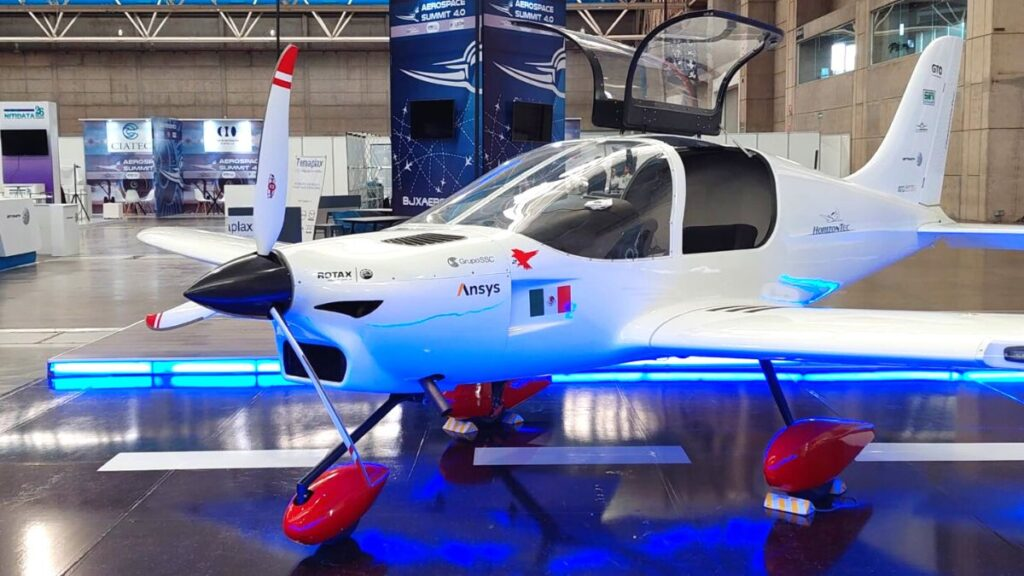 SEDENA. The museums of the Mexican Army and the Air Force. Where are they?
Happy Marketer's Day 2022. Images with phrases to share
The first aircraft manufactured 100% in Mexico will be proudly made in Guanajuato. And more specifically, this aircraft will be manufactured in Celaya.

This is the Halcón 2, an aircraft manufactured by the Mexican company Horizontec, which is dedicated to the design, development and manufacture of aircraft.

During his Fourth Government Report, Diego Sinhué Rodríguez Vallejo, governor of Guanajuato, presented the Halcón 2, "the first one hundred percent Mexican aircraft: Made In Guanajuato." 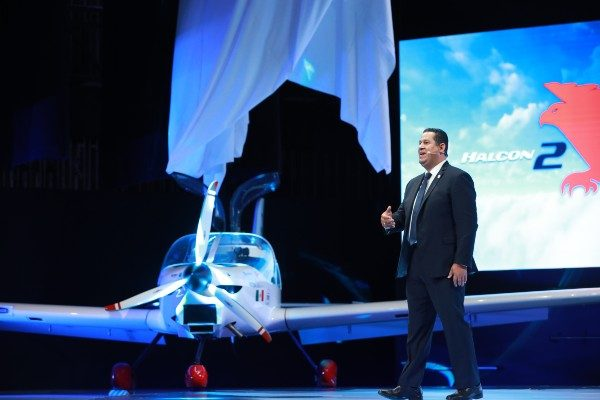 HALCON PLANE 2 MADE IN GTO 05
The Guanajuato governor explained that this Mexican plane has the capacity to make flights of five or six hours. "You could easily get from here to any point in the country, to Tamaulipas, to Yucatan."

A special feature of Halcón 2 is that it works with Premium gasoline and not with jet fuel, the fuel used by most aircraft.

During his speech, Diego Sinhué recognized Giovanni Angielucci, general director of the Horizontec company, "manufacturer of this plane because he has made Guanajuato his home, thank you for trusting us."

Who is behind the 100% Mexican plane?
Halcón 2 was designed and built by engineers from the National Polytechnic Institute (IPN) and technicians from CONALEP. 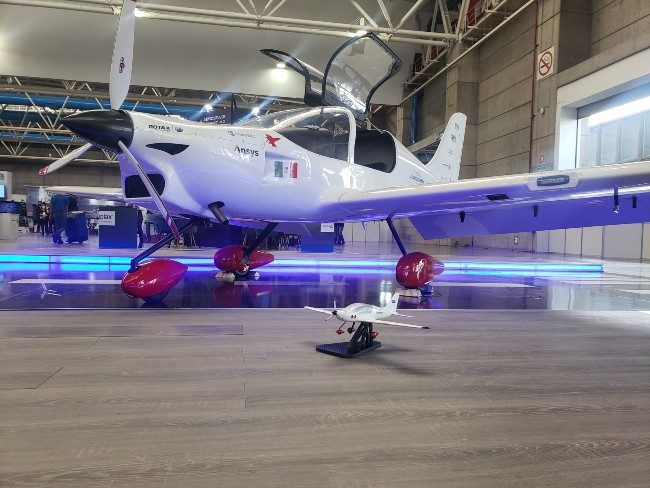 It is an LSA (light sport) aircraft that meets high international standards of design, performance and quality. 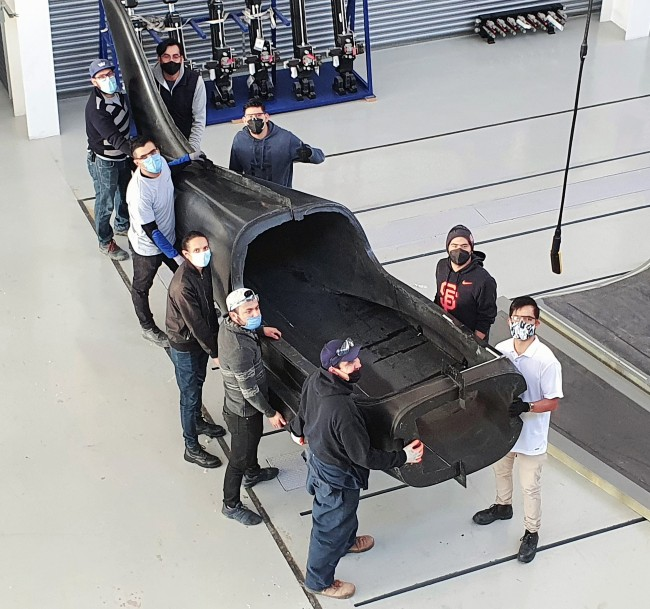 Fuselage of the Halcón 2 aircraft, manufactured in Celaya, Guanajuato
The Halcon 2 project (Falcon 2) is an LSA made of carbon fiber reinforced plastic (CFRP).

The Halcón 2 is the first aircraft of its kind for more than 50 years. Its structure is made entirely of composite materials: carbon fiber and resins. It was created to be used in aviation schools, in recreational flights and can be used in security issues.

Last February, Horizontec laid the first stone of its plant in Celaya, Guanajuato, which has an investment of more than ten million dollars and will create 140 specialized jobs. 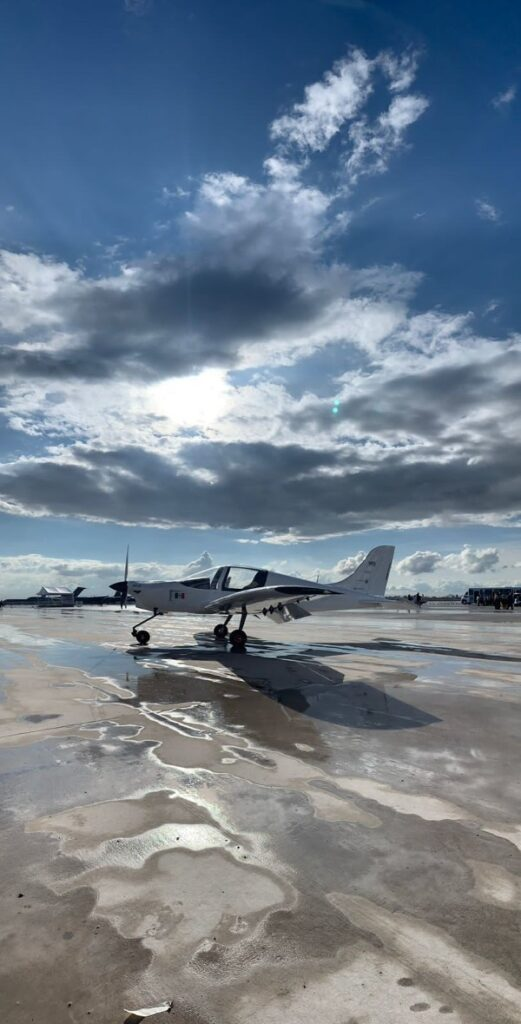 During that event, Giovanni Angielucci, CEO, assured that "the Halcón II is a commercial product, it was thought, designed and manufactured on a manufacturing platform".