The Rafale M loaded spotted in India it seems. it's possible it was taken after the take off from the 14° ramp.
One Exocet, At least 4 MICA, 2 external tanks.
No too bad....
F 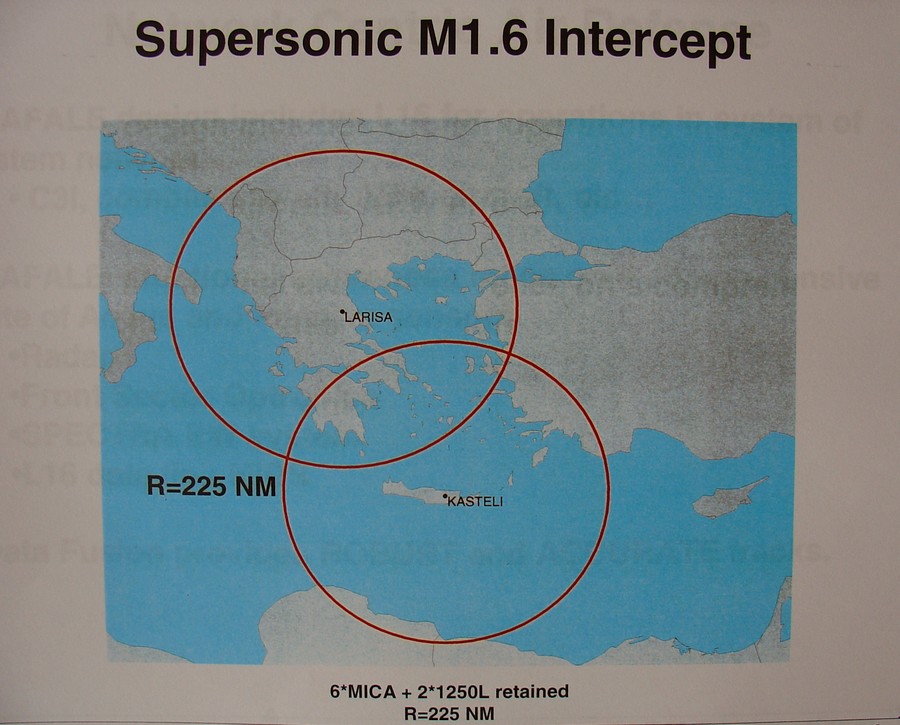 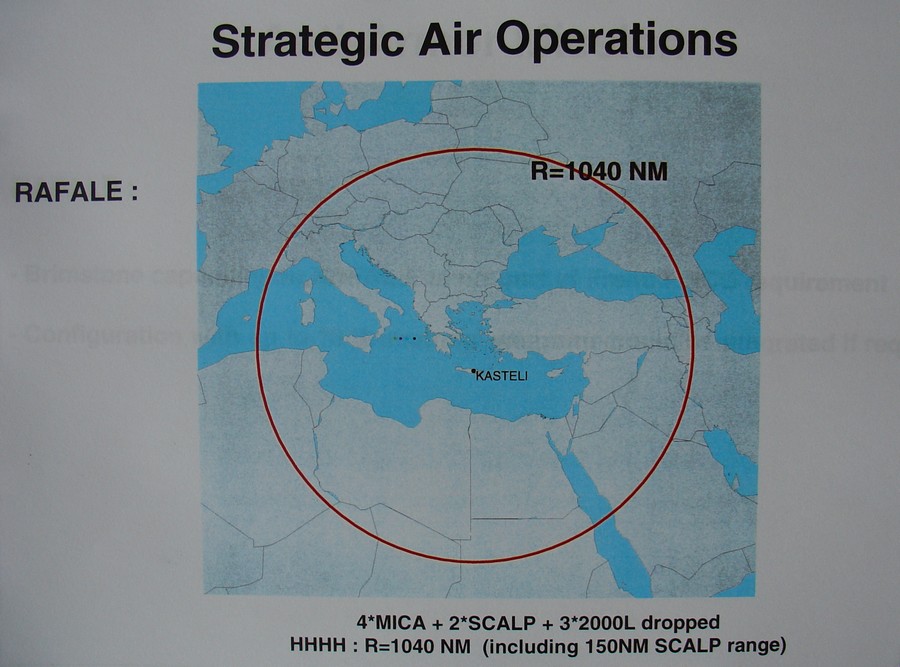 Rafale: The operational dimension for Greece and Cyprus in numbers
https://defencereview.gr/dassault-rafale-i-epicheirisiaki-diastasi-gia-ell/

In an earlier feature, in an attempt to break away from the trivial (Rafale: Οι δυνατότητες που το καθιστούν παράγοντα αεροπορικής κυριαρχίας για τη Πολεμική Αεροπορία - Defence Review), we explained why (there are many reasons), the choice of the Rafale was not only logical, but ideal for Greece and its Air Force.

At the end of the same special, we promised, after an analysis of the design philosophy of the French fighter, that we would come back with an analysis of the operational dimension of its entry into service. For the Aegean, the Balkans, Cyprus and the Southeastern Mediterranean in general.

We have also referred repeatedly to the Rafale's mission systems and the capabilities they provide. Other fighter aircraft have similar systems with similar capabilities. It is the combination of mission equipment, performance and fuel and weapons carrying capacity that makes the difference in the Rafale.


Let's start with some facts. Based on data from the fighter manufacturers themselves to which we will refer. We wrote in our previous feature on the Rafale's capabilities (9.5 tonnes empty weight) that compared to the Eurofighter (11,000 tonnes empty weight) it is one and a half tonnes lighter. This characteristic compensates for the greater thrust of the EJ200 engines of the latter.

The difference is less than that of the Russian and also twin-engine MiG-35. Its empty weight is 11 tons, as in the Eurofighter (1.5 tons more than the Rafale), while the excess thrust amounts to just 1,300 lbs (600 kg) for the Russian fighter.

Although it is equipped with the "weaker" engines than the three fighters mentioned above (and therefore has the lowest fuel consumption), the Rafale has the highest fuel (internal and external) and weapons carrying capacity, despite not having the highest maximum take-off weight (MTOW).

9.5 tonnes of payload compared to seven for the Eurofighter, eight for the Super Hornet and seven for the MiG-35. This astonishing number for its weight and dimensions (very close to those of the F-16!), the Rafale also combines this with the longest combat range! Finally, and its performance is comparable. 305 meters per second maximum climb rate for the Rafale, 315 for the Eurofighter, 228 for the Super Hornet and 330 meters per second for the MiG-35. Which is the biggest difference.

All this is the result of excellent aerodynamic configuration, combined with dimensions, weight and engine thrust. Therefore anywhere within the Athens FIR, but also outside its boundaries, the Rafale can reach, while maintaining loitering time. And even farther away are the weapons it can carry...

Below are a series of images and explanatory drawings from a very old presentation of the Rafale to the Air Force. It is the best way to get as complete a picture as possible of the capabilities of the French fighter and its weapons. In all roles.

This is the range given for the Rafale in air-to-air missions at high speeds. The payload is six (currently ten with the alternative option of four being METEOR) MICA missiles and two 1250 litre RPL-711 supersonic fuel tanks in this very old illustration. With the same fuel tanks today (below) the Rafale F3-R can carry up to 10 MICA EM/IR missiles or four METEOR and six MICA EM/IR.

The 225 nautical mile combat radius depicted above in a high-speed air-to-air role can be almost doubled with this configuration. Eight MICA EM/IR or four METEOR and an equal number of MICA EM/IR with three external subsonic RPL-751 fuel tanks of 2000 litres capacity (each). Under this configuration and with a load of METEOR missiles (and from the F4 and MICA NG configuration), the Rafale will be able to patrol, strike enemy fighters from distances of more than 100 km and guide friendly fighters, staying out of range of the Turkish S-400s.

Detection and engagement of flying targets by the Rafale can be done either through the RBE2 AA radar, or completely passively by the OSF (or FSO) electro-optical nose-mounted assembly. Via link 16 it is possible to exchange targeting data in real time. In 2011 a Rafale had launched a MICA missile against a target flying behind it (over the shoulder shot), receiving position and targeting data from another fighter of the same type. Through the data fusion philosophy, the targeting symbology is common and simplified.

This illustration reveals the great operational advantage of the air-to-air MICA EM. It is guided by the fighter-carrier towards the target via RF data link until it detects it with the IR sensor on its nose and autonomously and passively engages it. This passive tracking and encapsulation does not allow the crews of enemy fighters to be warned whether an air-to-air missile has been launched against them, exactly which enemy fighter has been targeted and encapsulated, by whom and when! It is a capability that the Air Force has had since 2007 with the Mirage 2000-5Mk.2. These were grounded for the most part, under the excuse of lack of spare parts and the "impossibility" of repealing the Venizelos Law!

The illustration shows the fuel and weapon load configuration for swing role missions, with what was included many years ago. Namely three 2000 litre RPL-751 fuel tanks, six AASM (HAMMER) and four MICA EM/IR. The photo below shows the swing role cargo configuration as it is today. With six air-to-air missiles that are either MICA EM/IR, or two METEOR and six MICA EM/IR. Alternatively, LGBs can be carried in place of the AASMs as well as a targeting nacelle.

Illustration of the Rafale's combat radius, with swing role load configuration (it used to be as described in the illustration and now as in the photo (above) with two additional air-to-air missiles and the alternative of two of them being METEOR. The large circle depicts the combat radius with Hi-Hi-Hi flight profile (at medium and high altitudes). The small one depicts the combat radius with a Lo-Lo-Lo flight profile (low to avoid detection by enemy air defenses).

The AESA technology radar, RBE2 AA, is the most important tool for swing role capability performance. It can simultaneously track targets in the air and on the ground, providing targeting data. For conducting engagement missions against ground targets deep within enemy territory (deep strike), with a very low altitude transition flight, the automatic tracking and terrain flare avoidance (TFR) functional configuration is exploited. Of course in swing missions, a Talios targeting nacelle can be used in parallel.

The philosophy of AASM (HAMMER) in one illustration. One attack, up to six attacks simultaneously, to limit the exposure of the fighter-carrier to the target(s) anti-aircraft defence. Consequently increasing its survivability. In the same way, the attack on Al Wattiya Air Base, Libya was carried out. The weapon and its versions will be the subject of a special report. Its radius ranges from 20 to 70 km (it uses a propellant - rocket motor), depending on the height of release. We believe that the addition of such collections to the Air Force arsenal is very important. For obvious reasons.

Illustration of the Rafale's combat radius, including the radius of the SCALP-EG, which is given at 150 nautical miles here (278 km). In reality it is closer to 250 nautical miles. Another valuable operational capability, available to very few air forces around the world, that the Greek political system has devalued in recent years.


We conclude with this extremely informative illustration. To which Rafale cargo hanger stations, what can be carried. Those that can accept external fuel tanks (wet) are shown in red. The Super Hornet and MiG-35 have as many wet stations, but the former has only 11 cargo suspension stations (compared to 14 on the Rafale) and the latter only nine! 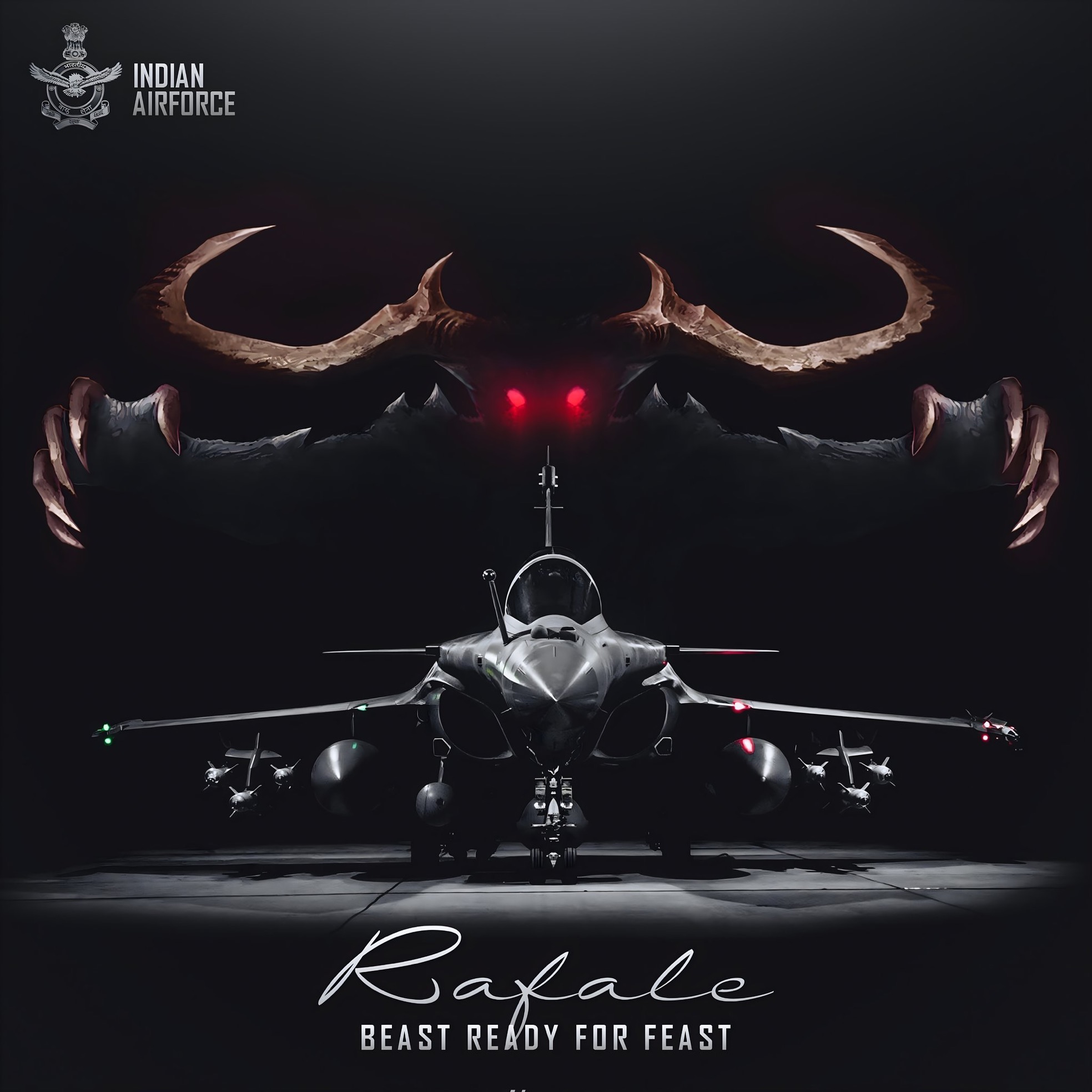 Dassault has delivered a total of 25 Rafale in FY2020
Now Dassault has a total backlog of 86 Rafale, this exclude 80 Rafale F4 ordered by UAE, that will make a total of 166 Rafale on order.
So here is the question - Did we missed the flight in unnecessary MRFA drama?

That looks so sick. But I have a Far cooler Picture than this. You might fall in love with this one.
QEAF Rafale armed with Storm shadow,MICA-EM,MICA-IR and Meteor.

First training flight for the Hellenic Air Force Rafales today in Athens FIR. The skies are yours @HAFspokesman

is there is any official list of India specific enhancement ? or are they classified

SARTHAK said:
is there is any official list of India specific enhancement ? or are they classified
Click to expand...

Unfortunately. It will be Probably classified because no Country would tell such things public.

But I can make some guesses About the India Specific Enhancements which include Israeli helmet-mounted displays, low band jammers, radar warning receivers, infra-red search and tracking systems, 10-hour flight data recording among others etc.

Super Flanker said:
Unfortunately. It will be Probably classified because no Country would tell such things public.

But I can make some guesses About the India Specific Enhancements which include Israeli helmet-mounted displays, low band jammers, radar warning receivers, infra-red search and tracking systems, 10-hour flight data recording among others, etc.
Click to expand...

sometimes ago there was a latch seen on the both frontal sides of indian rafales ,can they for cheek arrays or only for maintenance purposes (french ones do not have them

SARTHAK said:
sometimes ago there was a latch seen on the both frontal sides of indian rafales ,can they for cheek arrays or only for maintenance purposes (french ones do not have them
Click to expand...

Could you share some images pointing out a latch on Both the Frontal sides of Indian Airforce? Because I want to see them myself and I will cross-check them myself with French Rafales to what they actually are and I will see to this.

Super Flanker said:
Could you share some images pointing out a latch on Both the Frontal sides of Indian Airforce? Because I want to see them myself and I will cross-check them myself with French Rafales to what they actually are and I will see to this.
Click to expand...

SARTHAK said:
they were posted some time ago on this thread itself and we had a short discussion let me find some pics
Click to expand...

Yes please do so. I too am curious to know what you have spotted on the frontal Sides of Rafale which are different from the French Rafales.

No, it's not the last 3.
One remains in France and will be delivered in march or april.

Super Flanker said:
Now Dassault has a total backlog of 86 Rafale, this exclude 80 Rafale F4 ordered by UAE, that will make a total of 166 Rafale on order.
So here is the question - Did we missed the flight in unnecessary MRFA drama?
Click to expand...

As when you ordered the first batch, after Egypt and Qatar !
I just hope for you Indonesia not ink a deal soon....

SARTHAK said:
is there is any official list of India specific enhancement ? or are they classified
Click to expand...