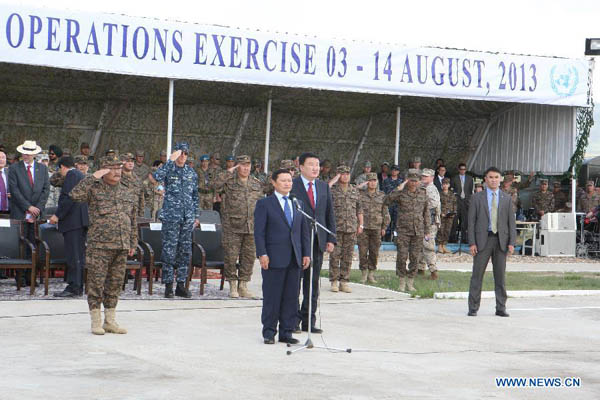 ULAN BATOR, Aug. 3 (Xinhua) -- The annual Khaan Quest military exercises kicked off here Saturday with the participation of over 1,000 peacekeepers from 14 countries such as the United States, Germany and Japan.

Mongolian Prime Minister Norov Altankhuyag said at the opening ceremony that the multinational peacekeeping drill hosted by Mongolia was aimed at increasing military exchanges between Mongolia and other countries.

Khaan Quest was launched by Mongolia and the United States jointly in 2003 and expanded to a multinational drill in 2006.

The military exercise of this year has two additional training programs -- water patrol and the art of surviving. These lessons will be given by troops from the U.S Marine Corps, according to a high-ranking Mongolian officer.

This is good news.
W

marshal panda said:
This is good news.
Click to expand...

I bet it was a cluster---- of major proportions and a waste of money.