Good to hear that. I have heard that statement before Up election i.e 1 year before. I don't have idea as of now How much have things changed as of Today.
Last edited: Mar 29, 2018

Just talked to my Bengali friend,he says Waste Bengal is most peaceful state where everyone leaves in peace and rare riots like these are organised by BJP and RSS to get rid of Mamata

This seems to the view of most Bengali "intellectuals"

IMO these riots were a show of strength after the saffron wave during ramnavmi. A kind of subtle warning to Hindus to not display assertiveness or this is what will follow.

indus said:
IMO these riots were a show of strength after the saffron wave during ramnavmi. A kind of subtle warning to Hindus to not display assertiveness or this is what will follow.
Click to expand...

But why only Asansol? As I understand, Ram Navmi was celebrated all over Bengal.Did other places report similar incidents?

Asansol is 78% Hindu & 22% Muslim. Still our coward bong intellectuals migrating. A coward dies daily. The same Hindu coward converted to Islam under mughal rule. No wonder Bengal will be the second Kashmir of India. Insha Allah!

Which town of Asansol district is this? The reports could be from a specific village or neighbourhood.
S

I heard somewhere that asansol is 30% muslims. "Coward bong intellectuals" are not migrating. Coward bong intellectuals are in Calcutta and their sons and daughters are either in TCS Kolkata or in USA. I know you are referring to a report by ABP Ananda in which they have shown some families (could be Bengali or Bihari) are going away from their homes. Well same thing happened in Western UP. We Bengalis did not call anyone "coward UP people" or "coward North Indians". Imagine your family was 1 out of 10 hindu families where there are 300 muslim families. What would your family do then?

Asansol has a mixed population of Bengalis, Biharis, Marwaris etc (not mentioning the muslims). As a Bengali my hope comes from the Biharis. Yes, I accept that Bengalis have been more secularized and they are less ready to fight compared to Biharis in Asansol but do not assume that Bengalis are not fighting. I have gone through the ''real" videos of the riots from Asansol/ Raniganj from youtube and since I understand both Hindi and Bengali, I know that both Biharis and Bengalis are fighting/ resisting. So far 1 death from each community is reported by individuals from Asansol and another 45 year old lady died after she was run over by a police vehicle.
S

mayfair said:
But why only Asansol? As I understand, Ram Navmi was celebrated all over Bengal.Did other places report similar incidents?
Click to expand...

Good question. It is only Asansol because Asansol people still have a spine left. They elected Babul Supriyo of BJP if you remember. In the triggering incident of Asansol, the unarmed Ram Navami procession that had ladies in it were passing through a muslim majority area. Naturally in a pre-calculated manner, peaceful people under patronage of state police attacked the procession. I guess police was ordered not to stop the peaceful people before a few Hindus are dead/injured. It is appeasement politics vs politics of BJP mixed with Lord Ram in Asansol/ Raniganj.

In other places I guess, the ram navami processions had not entered muslim majority areas.
S

mayfair said:
Which town of Asansol district is this? The reports could be from a specific village or neighbourhood.
Click to expand...

Unfortunately the reports are from core areas of Asansol. Do not think it is happening in some hinterland. Asansol district is nothing but a newly formed district that is made of two towns Asansol and Durgapur along with few other areas like Raniganj etc. It is very much a large city as far as area is concerned. It is not what comes to your mind when you imagine an average district.

Search in youtube using strings such as "asansol adda", "asansol dhadka", "asansol railpar" etc. It is those areas.

Look this report from Left mouthpeice Quint. Gives in some interesting details. The moment rss mobilised cadre in making inroads for bjp that the riots started. 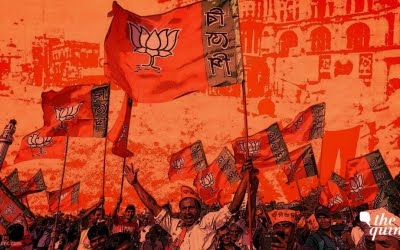 Kakinara in West Bengal’s North 24 Parganas and Raniganj in West Burdwan district are set apart by a distance of 190 kms. The geographical hiatus apart, the demographic composition of these two places, where communal disturbances broke out in the wake of Ram Navami celebrations, are quite similar.

Add to this the growing – and deepening – levels of joblessness in the two formerly industrial belts, which for some years have turned desolate, and you have a near-perfect recipe that any political party seeking to make inroads in Bengal’s politics could stir in a communal cauldron.
When the Bengal Sangh Parivar organised Ram Navami processions in 2017 in Kolkata and a few adjoining places, the participants, including school-going children, were armed with tridents, swords and an assortment of other sharp-edged weapons. This was unseen and unheard of in Kolkata, leave alone other sub-divisional towns of Bengal. It was a “dry run”, a mere testing of the waters.
It was a signal – and a warning – to the Mamata Banerjee-led TMC that not only would the Sangh exploit its Hindutva programme(s) across Bengal to make electoral capital, but it would also unabashedly unleash its characteristic brand of communal politics, for which the state was primed once the Left had been dislodged from power and reduced to a rump grouping incapable of keeping its flock of cadres together.
Branded as a chief minister who had bent over backwards to appease Bengal’s nearly 30 percent-strong Muslim minority, and faced with the BJP’s imminent threat, Mamata resorted to her own brand of communal politics.

She first coaxed, then cajoled, and then began to openly woo the caste Hindus who had begun to flirt with Hindutva.

The communal violence in Kakinara, Asansol and even in the tribal district of Purulia was waiting to happen as both the BJP and the TMC resorted to competitive “ethnic outbidding” in which both parties have now begun to adopt ever more extreme positions over a range of issues.
These issues include so-called Muslim appeasement, illegal immigration from Bangladesh, defence of Hindus, celebrating Hindu socio-religious functions, etc, that are perceived by political elites to have some bearing on elections.

While the BJP has strong incentives to “demonise” the religiously homogeneous Muslims, who are perceived to be captive voters of the TMC, the ruling party has sensed that in order to offset the gains by the former it must do all it can to wean away potential Hindu voters from swinging right.

Now that the process has begun in earnest, with all the usual rhetoric in place, both the BJP and the TMC will try to outdo each other in competing for both Muslim and Hindu votes. The BJP’s high levels of anti-Muslim rhetoric is matched by the TMC’s pro-Hindu flirtations. Needless to say, competing hostilities and defence could reach a tipping point and unleash the communal genie in ways that could prove disastrous for Bengal.


Ever-Growing Polarisation
Why are demographic data for Raniganj and Kakinara important from an electoral perspective? While Raniganj, which is on the Howrah-Dhanbad section of the Indian Railways, has about 22 percent Muslims, Kakinara (on the Sealdah-Naihati line) has upwards of 13 percent of people belonging to the minority community.

The Muslims in both Raniganj and Kakinara are Hindi-speaking and both places have a sizeable population of Hindi-speaking Hindus who, years ago, formed the labour force in sundry factories, paper mills and coalfields in these two distinct belts.

Over the last 20-25 years, as factories and other small-scale industries in these two thickly-populated belts ground to a halt, every available square metre of land, especially along the railways tracks, was occupied by Hindu immigrants from Bangladesh.
These Bengali-speaking Hindus and the bulk of the Hindi-speaking Hindus (mostly Biharis), especially in towns easily accessible from Kolkata, have today turned ardent admirers of the BJP’s brand of politics. The rapid inroads of the RSS in these areas has been matched by its target groups’ growing interest in communal politics. In other words, communal politics has found traction among sections of the Hindu population in these belts – a polarising phenomenon that will certainly creep into Kolkata over time.

mayfair said:
But why only Asansol? As I understand, Ram Navmi was celebrated all over Bengal.Did other places report similar incidents?
Click to expand...

I don't think they are natural, they are clearly orchestrated to dissuade voters. It works both way.
Those in favor of bjp are demotivated.


Butter Chicken said:
Just talked to my Bengali friend,he says Waste Bengal is most peaceful state where everyone leaves in peace and rare riots like these are organised by BJP and RSS to get rid of Mamata
Click to expand...

And their usual votebase are more inspired.
S

Akshay_Fenix said:
Don't blame the migrants. Didi government has been elected twice with full majority by the great hindu bengalis themselves.
Click to expand...

This point has been discussed previously in more than one thread. So correcting here: Didi government has been elected twice with full majority by the residents of west bengal that included 30% muslims officially with lot of state sponsored violence working towards it. So residents of west bengal could not even participate in a free and fair election. And the secularization by communists done in 34 years of their rule plus the legacy of problems coming from Nehru era did not help.

Also not mentioning the role of central govt controlled BSF as far as entry of illegal infiltrators from East Pakistan/ Bangladesh is concerned shows either a bias or lack of knowledge or both.
Last edited: Mar 29, 2018

Butter Chicken said:
Just talked to my Bengali friend,he says Waste Bengal is most peaceful state where everyone leaves in peace and rare riots like these are organised by BJP and RSS to get rid of Mamata

This seems to the view of most Bengali "intellectuals"
Click to expand...

I kick the shit out of ******s like those. They call me fascist, they lose a few teeth.

We call these intellectual fuckers 'aantel' in Bengali. Now see people arise like in the recent Ram Navami celebrations.
S

The triggering incident in Asansol:

In the following video, see hindi speaking muslims are celebrating the burning of a Ram Navami procession vehicle:


Videos from Raniganj with real violence:

Aajtak showing a program exposing the complicity of Bengal police and questioning their inaction. Also showing the exodus of Hindus. The narrative has to be built up on this. Bjp cannot let this go off. 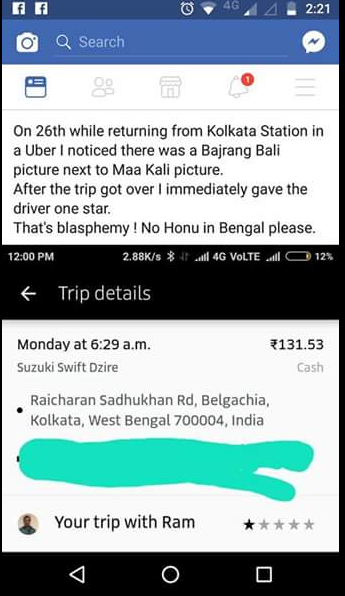 In Tripura CPM used there over ground workers like Bolshevik anarchist for there area domination but it could not afford the blowback and Mumtaz Begum with its jihadi brigade which fears Lord Ram and its hindutva agenda was unleashed in Asansol ,Mumtaz Begum will get it's blowback in general elections,Jihadi Brigade and Vampantthi scum is baffled by sudden emancipation of Lord Ram in paschim Bengal hindus ,they fear and so unleashed the jihadi on these processions