Javelin missiles to be kept far back from frontline in Donbas so they don't fall into enemy hands - media
http://en.interfax.com.ua/news/general/474987.html

U.S. plans to arms Ukraine infuriated Russia and aggravated deteriorating relations, but a bigger worry for the U.S. side is such weapons as Javelin anti-tank missile systems falling into enemy hands, the Ukrainian service of the Voice of America has reported, with reference to U.S. newspaper The Wall Street Journal.


"The provision of weapons to Ukraine should keep the simmering conflict from flaring into a hot war by improving government forces' ability to defend against possible rebel offensives. U.S. officials say they have carefully considered the dangers, taking particular precautions with Javelin anti-tank missiles the Trump administration is sending. Those weapons have been designated for units far back from the eastern Ukraine frontline to ensure that Ukraine doesn't use them for an offensive push and they aren’t lost to the enemy if the fighting shifts," reads the report.


The report notes that these concerns by U.S. representatives are not groundless, since such incidents are no exception and have already occurred in the past in Georgia, Syria and Ukraine.


The U.S. provided aid, including training and equipment, to Georgia during its 2008 conflict with Russia-backed separatists in Abkhazia and South Ossetia, and American-issued equipment was captured on Georgian bases. The U.S. also provided Syrian rebels with arms contributed by NATO allies, much of it Eastern European surplus, that then made its way into the hands of Islamic State.


In Ukraine, a short-range radar system transferred from the U.S. to the Ukrainian Armed Forces in 2014 to detect the site from which the enemy launched artillery attacks, deployed near Debaltseve (Donetsk region), fell into the hands of separatists and Russians supporting them, but a representative of the Ukrainian Armed Forces informed the U.S. side that parts of the radar system had been destroyed before the withdrawal of troops.


On December 25, 2017, ABC News reported, citing several sources in the State Department, that U.S. President Donald Trump was expected to announce his approval of a plan to sell anti-tank missiles to the Ukrainian government.


According to sources, the total defense package of $47 million includes the sale of 210 anti-tank missiles and 35 launchers.


If the president announces his approval, the plan will be submitted for consideration by the U.S. Congress within 30 days and then transferred to the State Department, the television channel reports.


"The sale of anti-tank missiles, which could possibly include the U.S.-made Javelin system, provoked a strong reaction from Russia on Saturday, saying it 'crossed the line,' and could threaten to derail Trump's calls for better relations with Moscow," the report says.


The radar systems are the first few of 20 that will be delivered during the next several weeks and U.S. military members will begin training Ukrainian armed forces in mid-December, Warren said.


“The radar systems see incoming mortar fire and quickly calculate the point of origin of a mortar round fired by the enemy, and allows friendly forces to react appropriately,” the Pentagon spokesman said.


The Ukrainian armed forces will determine how, where and when they will employ the systems, he added.


“It’s also up to the Ukrainians if they attach these radar [systems] to a fire-direction system, which will allow for counter battery fires, or if they use them independently and react with ground forces,” Warren said.


The radar systems are part of the $118 million in equipment and training the United States has committed to assisting Ukraine’s armed forces.


“We’re working closely with the Ukrainians through the interagency process,” the colonel said.


A U.S. team of about 12 people also recently completed some medical training in Ukraine.

November 20, 2015
on November 14 the United States delivered two AN/TPQ-36 radar systems to Ukraine at a ceremony in Yavoriv, Lviv Oblast. 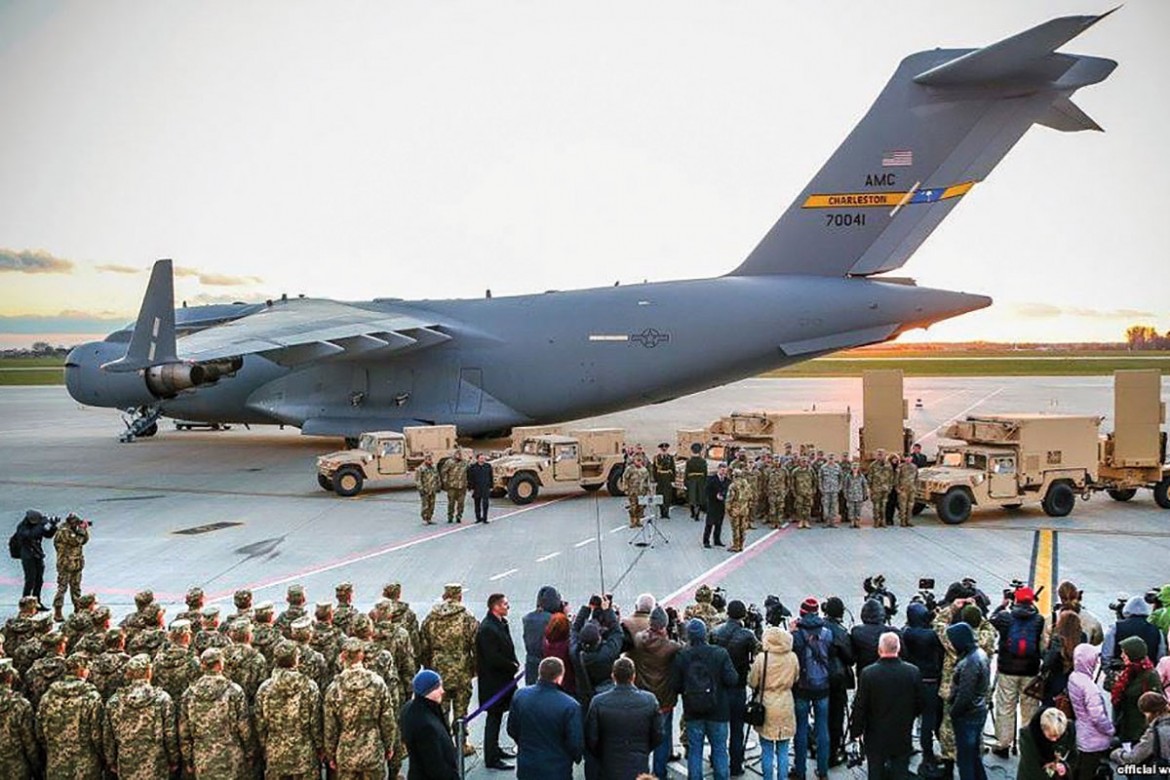 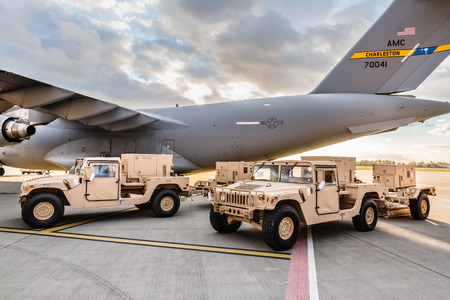 Tymchuk and his Information Resistance group said Russia's military have been "tasked with developing anti-Javelin missile protection for armored vehicles vulnerable to the heat-seeking missile."

Tymchuk said plans are underway to establish serial production of military equipment of the 1st and 2nd Army Corps based in the self-proclaimed Donetsk and Luhansk People's Republics (ORDLO).

Russian occupation forces in eastern Ukraine have also ordered brigades and regiments under their control to conceal their whereabouts from reconnaissance missions conducted by unmanned U.S. RQ-4A Global Hawk flights.

Since Russia invaded Ukraine in early 2014, the U.S. has provided $600 million to Ukraine in military assistance, which has included Humvee vehicles, counter-radar equipment, small drones and electronic warfare gear.

The Sergeants Training Centre of the Ukrainian Navy hosts the Leadership Course given by US Marine Corps instructors.

“We have been working with the Ukrainian marines for a long time and we would like to say we teach them and they teach us”, said Sergeant Major William R. Frye, “Knowledge and skills sharing is very important considering the fact that these sergeants have combat experience”.

According to Ukrainian military, these events are very positive as any sergeant should be a leader in his/her unit.

Press Centre of the Ukrainian Navy

General Staff of the APU: the United States will provide Ukraine with anti-tank complexes TOW, rather than Javelin 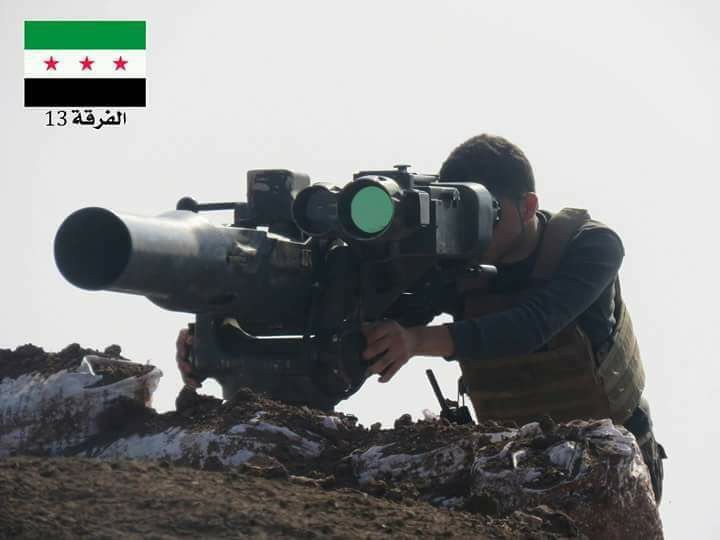 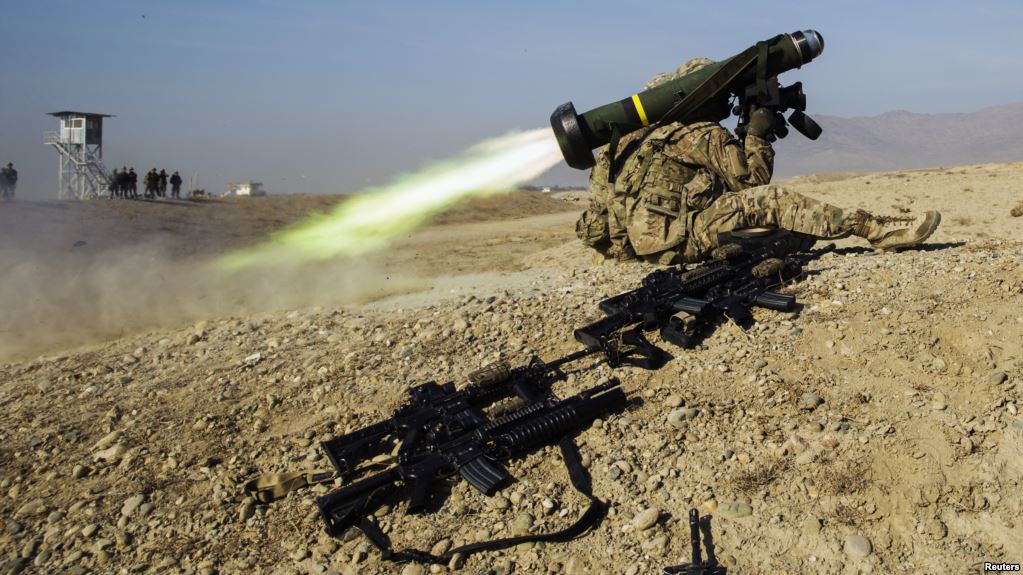 The regiment "Azov", which is part of the National Guard of Ukraine (MVD), can not have anti-tank missile systems (ATGMs) that will provide Ukraine USA.
This was explained in the General Staff of the Armed Forces of Ukraine.

"Press reports that there may be American Javelin ATGMs in the regiment of the Azov Ministry of Internal Affairs are untrue. Moreover, the United States will provide Ukraine with anti-tank complexes TOW, rather than Javelin, "the source said.

As also noted in the General Staff of the APU, the procedure for the supply of weapons to Ukraine from the US can last up to one year.

As it was reported, the leading researcher of the BellingCat project on Eastern Europe and Eurasia, Arik Toler, the day before, said that Ukrainian troops in the Donbass already have lethal weapons from the United States. Toler noted that we are talking about grenade launchers, which were exactly the fighters of "Azov" in July 2017.

According to the "Voice of America", it is a US-produced PSRL grenade launcher (PSRL is an improved version of the Soviet RPG-7 created in the US). As journalists have found out, the company from Texas AirTronic USA, having received the license, delivers to Ukraine grenade launchers. Director of the company Richard Wendiver said that he began cooperation with Ukraine two years ago, and the first deliveries of grenade launchers went to Ukraine in 2016.

The aim of these maneuvers was to work out cooperation under NATO standards and increase the interoperability. Following the scenario, Ukrainian helicopters Ka-27pch and Ka-27pr landed on the deck of the US destroyer.

“We are used to undergo these maneuvers, meanwhile, every time we get new knowledge and enhance our professional skills cooperating with our foreign partners”, said Acting Deputy Navy Commander Captain 2nd Rank Andrii Kurylenko.

Photos by: US Navy

You must log in or register to reply here.
Similar threads
Ukraine to Deploy Javelin Missiles against Russian Armor in Donbas
Ukraine to buy more Javelin anti-tank missile systems from US
India-US close to Co-Production of the Anti-Tank Javelin Missile in India
US offers to co-develop advanced Javelin missile with India
Share:
Facebook Twitter Reddit WhatsApp Link