finally another so called 'secret' UAV project surfaced which was talked about in rumors for years... 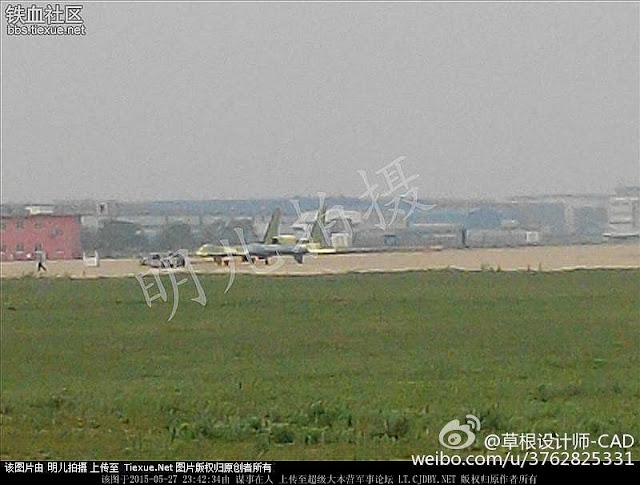 Images have appeared on a Chinese website of a new large twin-fuselage turbofan-powered unmanned aerial vehicle (UAV) that could serve as a new high-altitude, long-endurance (HALE) multi-mission platform.

Reportedly produced by the 601 Institute of the Shenyang Aircraft Corporation (SAC), the large twin-fuselage UAV concept, called 'Project 973' or 'Shen Diao' ('Divine Eagle'), has been the subject of speculative conceptual drawings since 2012.

These drawings showed a leading-edge mounted canard-wing configuration, but indicated platform was to perform as a high-altitude near space vehicle conducting surveillance, cuing, and communication missions.

Some early speculative images indicated the UAV would carry a large metre-wave antennae mounted between the fuselages for counter-stealth missions. However, it is also likely that radar arrays and electro-optical systems could be mounted inside the fuselages.

Chinese sources indicate the 'Divine Eagle' was at least influenced from SAC discussions with the Sukhoi Aircraft Corporation, perhaps early in the last decade. In the late 1990s Sukhoi stared developing a concept for a similar large canard twin-fuselage HALE UAV called the S-62.

However, Sukhoi did not have the resources to develop its concept. It is also possible that SAC gained significant insights while opting not to pay for a co-development programme; a frequent Chinese tactic.

Sukhoi's S-62 concept also led to its Zond series of large and medium-size UAVs first seen at the 2003 Moscow Airshow. At the time Sukhoi officials noted that China had expressed "great interest" in the Zond designs.

A graphic from a Chinese publication showing the employment concept for a large UAV similar to the Shenyang 'Divine Eagle' concept. (Via Top81 website)

A speculative line drawing of the 'Divine Eagle' UAV. (Via CJDBY website)

A speculative line drawing of the 'Divine Eagle' UAV. (Via CJDBY website)
S

This large high-altitude long-endurance (HALE) UAV has been under development at 601 Institute/SAC since the last decade as an "anti-stealth" AEW platform. The UAV features a novel twin fuselage design with twin large vertical tailfins and an extra-long main wing extending across the rear fuselage. It also has a small canard wing connecting the head sections of twin fuselages in order to maintain the structural integrity of the UAV. A SATCOM antenna is expected to be installed inside the head bulge on the port side. The UAV is thought to be powered by a medium-thrust turbofan engine (of Russian or Ukrainian origin?) located above the main wing and between the two vertical tainfins. As an AEW platformDivine Eagle is expected to have multiple conformal radar antenna arrays installed along the forward fuselages as well as the leading edge of the forward canard wing. The VHF meter wave radar is capable of detecting stealth aircraft at a relatively long range but suffers from a lower accuracy. Therefore several Divine Eagles may fly aheadin a group formation while being controlled via datalink by the AWACS flying behind in a safe distance or by the ground station protected by the air defense unit. Together they act as an airborne multistatic radar system and are able to pick up the radar reflection signals of the same stealth aircraft from multiple directions. As the result the UAV can extend both the detecting range and accuracy of the AWACS against stealth aircraft. The design of Divine Eagle appear to share some similarity with the Russian Sukhoi S-62 concept which first appeared around 2000. It was reported that Russian assistance was sought during the initial development stage. A technology demonstrator (downsized?) was built by the spring 2015. Low speed taxi tests took place in May 2015. Some specifications (estimated): height 6m, length 14m, wingspan 35m, endurance >12hr, ceiling 18km. If successfully entering the service, Divine Eagle would become the first airborne anti-stealth radar system in the world and could be used to counter American F-22s, F-35s and B-2s.
- Last Updated 7/4/15
Click to expand...

a much clearer image released... 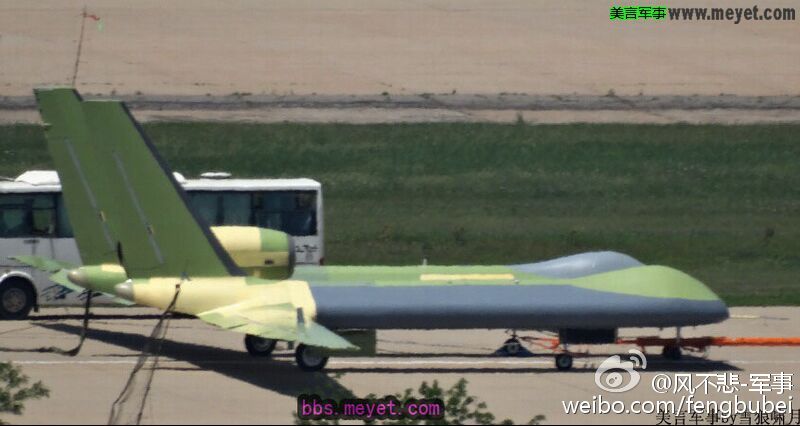 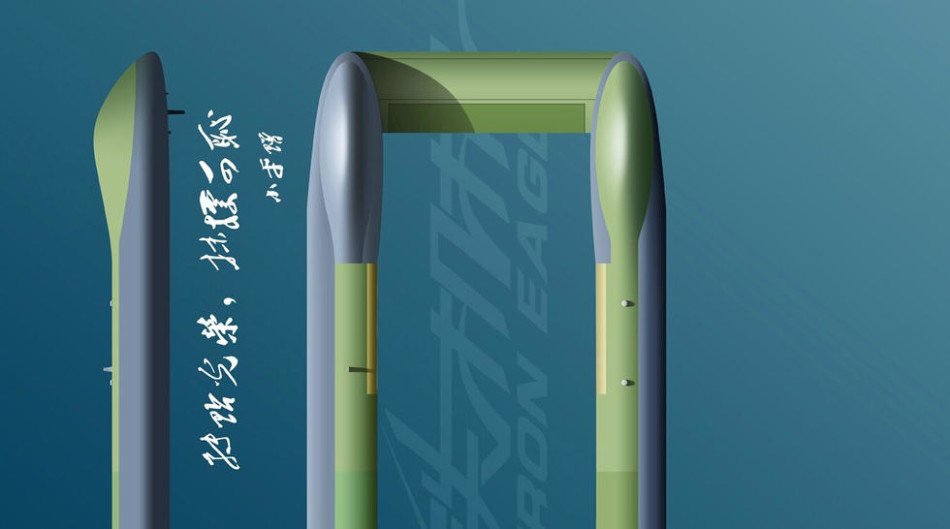 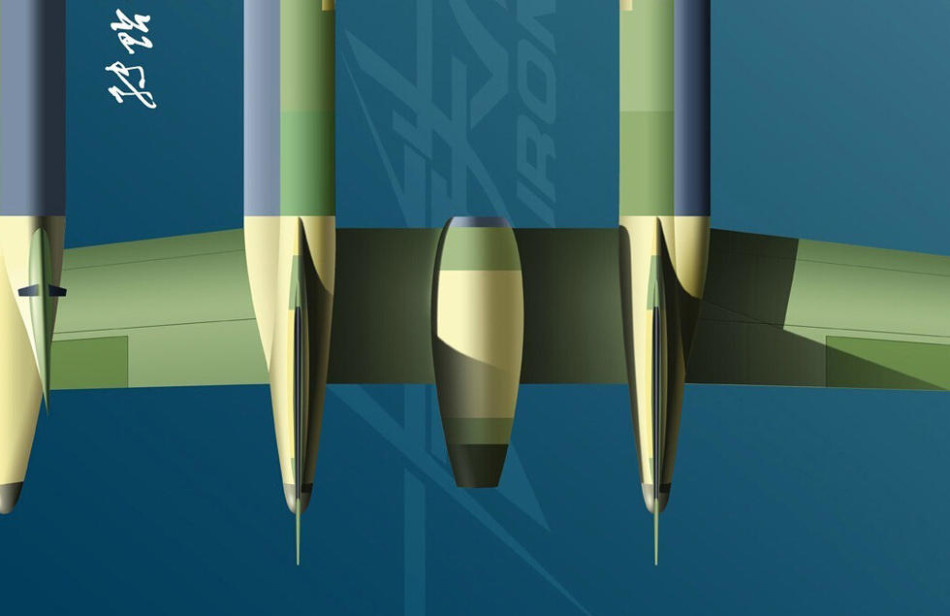