In one of the biggest arms hauls in recent times, the Army on Sunday seized 18 AK-47 rifles and five pistols from a militant hideout in forests near the Line of Control (LoC) in Kupwara district of poll-bound Jammu and Kashmir. 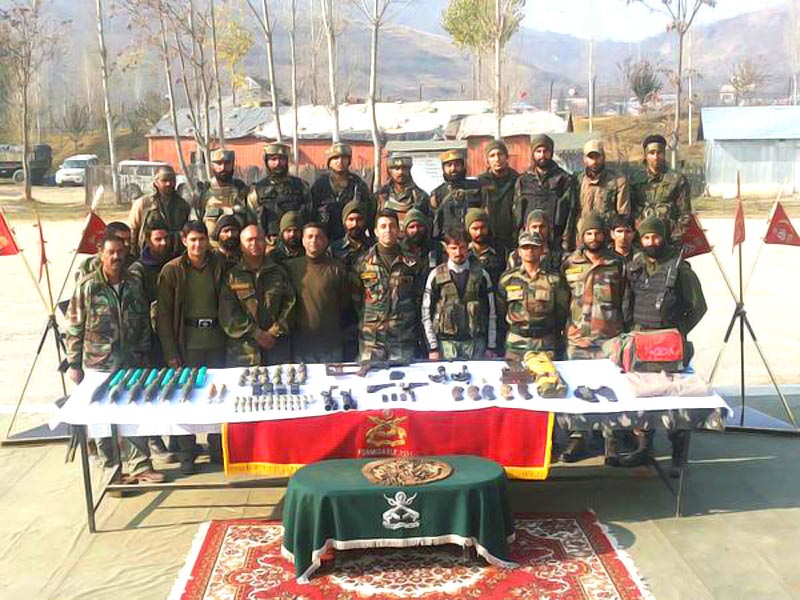 "Army thwarted the efforts of terrorists to smuggle arms in large quantity by intercepting weapons near LoC in Keran sector," an army official said.

The weapons seized include 18 AK-47 rifles and five pistols, he said adding searches are still in progress in the area.

In another success, army recovered arms and ammunition from Hajibal area of Baramulla district, the army official said.

The recoveries included one sniper rifle with a magazine and five rounds, two pistols with four live rounds and two Under Barrel Grenade Launchers (UBGL) along with 23 UBGL grenades, he said.

The recoveries come two days ahead of the first phase of polling in Jammu and Kashmir. Fifteen assembly segments including five in Kashmir Valley will go to polls on Tuesday.