It is time to speak up against the Hinduphobia of foreign writers: Vamsee Juluri

Vamsee Juluri, professor of media studies at the University of San Francisco, speaks up for the anonymous Hindu who, he says, was silent all those years of colonial rule only to be criticized as an 'oppressor' post-Independence. His new book 'Rearming Hinduism' seeks to restore to the millennia-old faith its intellectual heritage by reintroducing Hinduism to Hindus. Juluri tells Narayani Ganesh that foreign 'experts' have only contributed to the misconceptions

'Rearming Hinduism' sounds militant. Do you want Hindus to turn aggressive to uphold the faith?
Oh no, the title actually followed the cover image of the Narasimha statue in Hampi. You will notice one hand is missing but he is trying to write something. This is like the predicament the Hindu community faces right now: we wish to write our history but don't have a hand; it's symbolic. All I mean is we need to "re-arm" ourselves to be able to write our own history instead of passively receiving Eurocentric histories of Hinduism that often lack sensitivity and cultural understanding.
For instance, 10-15 years ago in America, history books written by white settlers said that Columbus discovered America and the people living there were savages. Now, academics are saying we should recognize the other point of view. Hindus were not a dominant group during British rule. Now, suddenly Hindus were presented as a dominant militant group. Wendy Doniger in her book even compares Hindus with Nazis who committed genocide in Europe. My book is really a critique of how we tell our history. In America, one lesson is taught on Ancient India in sixth grade focusing just on two things: caste system and oppressing women. This is nonsense. There was a big controversy in California in 2006. All communities got school history lessons changed — that Islam is a peaceful religion etc, and when Hindus realized there was a problem, the board of education agreed but a bunch of so-called professors of Hinduism in America cracked down and said this is Hindutva!

Why do we need a Hindu national identity?
Personally, I am still not in tune with the idea of a Hindu national identity. That is why my book is not about Hindu nationalism but a strong argument for Hinduism. After Independence, for 50-60 years people in India lived as Hindus without knowing what it meant — almost embarrassed. The younger generation today is moving towards more civilizational issues. My hope is that people focus on the intellectual part of Hinduism. We are living right now in a moment of vast civilizational hunger. It is not fundamentalism, nor fascism. It is an exceptional historical moment in which an entire generation of young, modern Hindus in India and the diaspora is growing up and asking only one pressing question: Who are we, really?

How will perceptions about Hinduism change?
I have been urging my readers in America to encourage at least one child in the family to pursue the study of humanities. Only then will the discourse change. Of course, it becomes ridiculous when you talk of flying machines etc, but one must look at the philosophy. We need massive investment in humanities to bring out the intellectual perspective. The past is always telling stories but who is telling those stories? The only books by Hindu authors you may see in American bookstores are those by Yogananda or Vivekananda. The rest are dominated by white non-Hindu academics not sensitive to the cultural nuances of Hinduism.

But what about incidents like the recent attacks on churches?
When it is explicitly religious in nature and a mob attacks places of worship, it could be construed as a religious attack. But some guy throws a stone"¦ you know some identities are being protected and others are being blamed, it is so brazen. The lynch mob in the northeast was a Christian one and attacked an alleged Muslim rapist and beat him to death. That news item is circulating in American discourse as a law and order problem; it is so devious. They don't refer to the religion. In the name of secularism and social justice, which are good causes, people are doing a lot of hypocritical things.

The other big thing was the BBC's Nirbhaya documentary. It was silly of the government to ban it. But the Hinduphobic mood globally is so deep that people immediately think that 'Oh, if something bad is happening in India, it is because of Hinduism' and not a law and order problem. Richard Dawkins tweeted that the film shows the culture of misogyny in India. Even his fans hit back and asked 'why are you blaming India for this'. Then he slowly backtracked.

That is why it is so important for Hindus to have the right Hindu identity; the future of the world depends on it. For a very long time Hinduism did the right thing by being self-effacing. Other communities were driven by the canonical need to dominate. But today we live in a world of distortions and misunderstanding. Every community is representing themselves; why should the Hindu community be the one that is disallowed from speaking for itself ? This is where the whole Left secular argument has collapsed.
It is time to speak up against the Hinduphobia of foreign writers: Vamsee Juluri - TOI Blogs
Click to expand...

Notwithstanding the author's view, religious dispensation, community or caste, want to live a normal life beyond the divisions whipped up by so called 'intellectuals' and scheming political parties for their own space and agenda.

It is time for India and Indians to think of progress and a better life than on some idiocy that covers media space and political maneuvering for Power.
B

genius said:
Hinduphobia is a myth invented by sanghis to incite Hindus, turn them against minorities, and to preserve existing order of caste system and other regressive policies.
Click to expand...

Islamophibia is a myth invented by Islamists to incite anti-national traitor Muslims like yourself, turn them against their countries (like you have been turned), and preserve their right to keep sex slaves, conduct terrorist attacks, behead people, burn down others' places of worship, etc.

genius said:
Hinduphobia is a myth invented by sanghis to incite Hindus, turn them against minorities, and to preserve existing order of caste system and other regressive policies.
Click to expand... 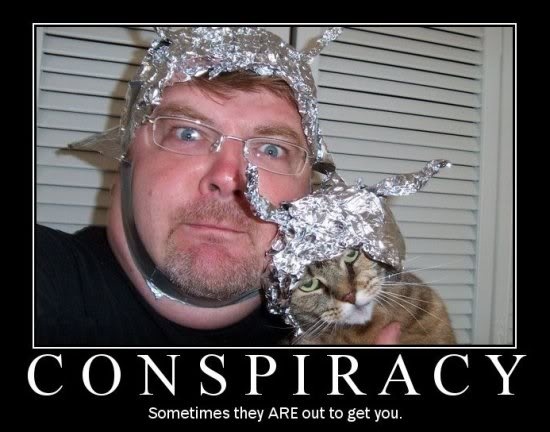 An AI-Based Approach to Monitor, Expose, and Counter Anti-Hindu Hate 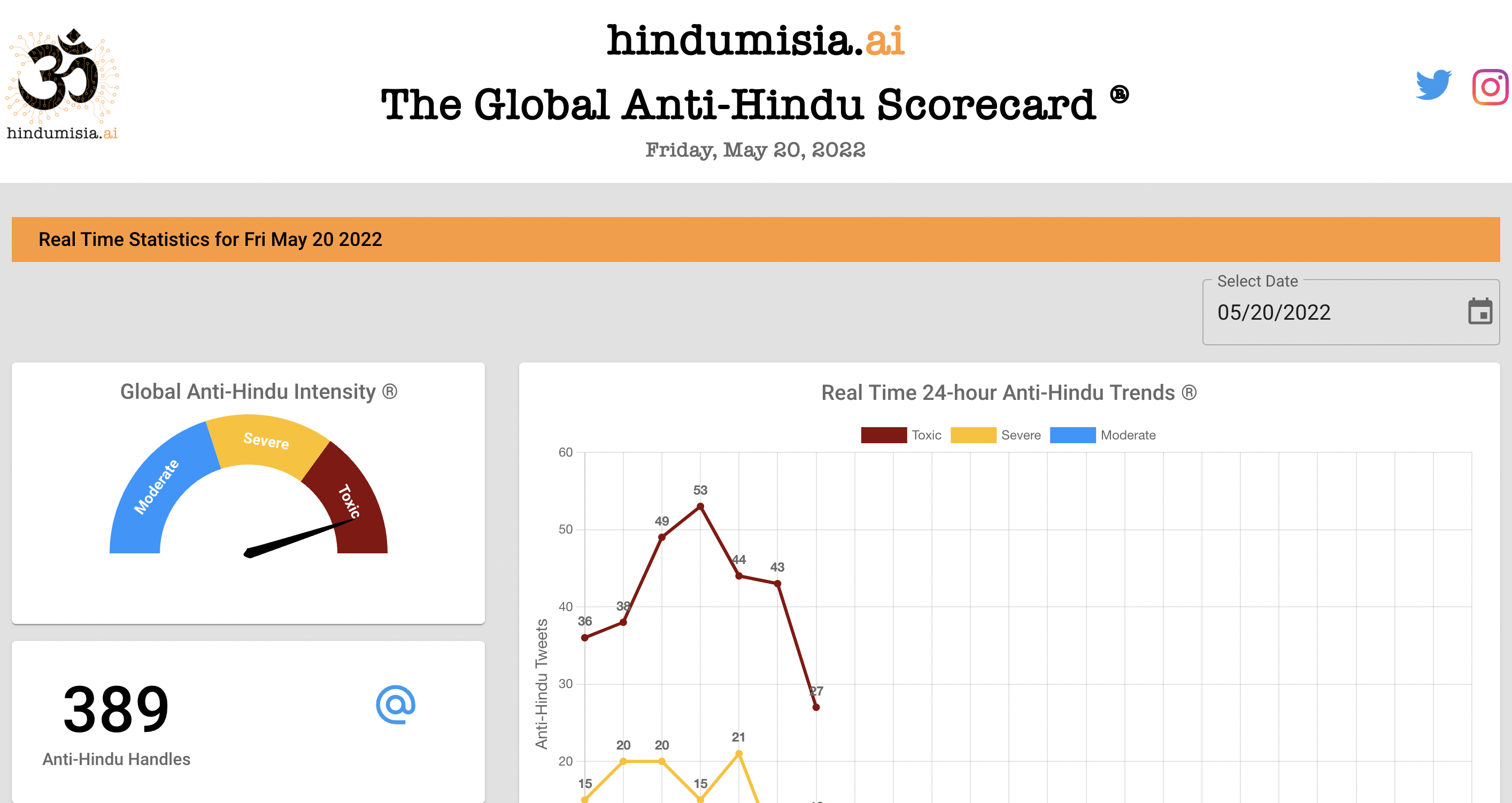 You must log in or register to reply here.
Similar threads
Contempt Petition Against Sharif for Speaking in English at the UN
Why don't Indians speak out against Arabs?
President Trump To Speak With PM Modi Today On INDO-US Ties
Yusuf at 8th IBA International Conference speaking on importance of Make In India in defence sector
Share:
Facebook Twitter Reddit WhatsApp Link