Quoted Ohsin from her Reddit.
Proposed Rendezvous and Docking Experiment.

Overview of Twelfth Five Year Plan 2012-2017
. . .
4.13 In order to demonstrate emerging new technology developments, a series of experimental satellites have been planned. One of the major missions being the technology demonstration related to Docking and Rendezvous. These satellites will be flown on the PSLV missions as auxiliary or co- passenger satellites
Click to expand...

Also from abstract of paper submitted at International Astronautical Federation.

For the purpose of testing and verification of vision based docking algorithms before a real world implementation is carried out, ISRO has developed a 3D simulation environment that is being used to simulate docking phase of the mission. A snap of the simulation is presented in the Figure below.

Targeted Applications of RVD: RVD technology is one of many enabling technologies for ISRO's human space flight program. Another promising application of this technology will be increasing age of ISRO's satellites like that from IRS, INSAT and IRNSS systems. RVD technology will allow a resupply (fuel, power pack etc) spacecraft to dock with a satellite in orbit and allow for replenishment of fuel and power pack, thereby increasing satellites age. To facilitate this, as per my research, ISRO has been designing its newest satellite bus called I-6K, which is a unified bus with modular design ,multi EV panels and scalable structure (Bus module & payload module). A modular design will allow easy and fast replacement of bus module in the orbit by the resupply space craft. The resupply spacecraft might itself be a new bus module (with fuel, power pack etc.) that will dock with the payload module in the orbit after the old bus module undocks.
[1] Gladwin J, et al., Performance Evaluation of a Vision Sensor in 3D Virtual Environment for Rendezvous and Docking Application.

Old headline from 2019.
ISRO’s space docking experiment to happen next year, says Sivan
Docking refers to connecting of two flying objects in space, either to transfer men or material from one to the other, or two join two structures to make a bigger one.

India’s space agency, ISRO, plans space docking experiment (SPADEX) next year, the agency’s Chairman, Kailasavadivoo Sivan, told Business Line today. Docking refers to connecting of two flying objects in space, either to transfer men or material from one to the other, or two join two structures to make a bigger one.
Click to expand...

Two satellites would be sent to space on board a regular PSLV mission and the two would be made to dock with each other, Sivan said, describing the exercise as a technology demonstration experiment.
Click to expand...

Mastering this extremely difficult technology is crucial for the operations of an Indian space station, a lab up in space—astronauts would need to be ferried from the earth to the space station and back. This can be achieved only if the vehicle carries the astronauts can dock with the space station.
Click to expand...

Asked when ISRO planned to build a space station, Sivan said that the project was still some distance away, and would be taken up only after the Gaganyaan mission, which is to take astronauts to space and bring them back to earth safely, through the rigours of re-entry into earth’s atmosphere. Gaganyaan is expected to happen in December 2021.
Click to expand...

Docking is broadly for two different purposes—for sending human beings from a shuttle to a space station, or for assembling large satellites in space. Each of these has different complexities. In the case of docking for human transfers, there is scope for human intervention if something goes wrong; when satellites mate in space to form larger structures, it all has to be done by using devices such as sensors and cameras.
Click to expand...

Imagine two objects – satellites – flying in space at incredible velocities, of the order of 10 km a second. When they are a few kilometres away, they communicate with each other and the one in front slows down in order that the follower comes close. When they are close enough, onboard cameras (or, lasers) switch on and they ‘look’ at each other. Guided by camera, one latches on to the other and the two become a larger structure. This way, enormous structures can be built in space.
Click to expand...

Elsewhere in the world, there are talks of space solar stations, which are giant solar power plants up in space which produce electricity from the sun and beam it down to earth in the form of microwaves.
Click to expand...

Docking will be a key capability in future space operations and ISRO’s first step in that direction –SPADEX—will happen next year.
Click to expand...

From a Lok Sabha query on ISRO (source link dead now and not available). 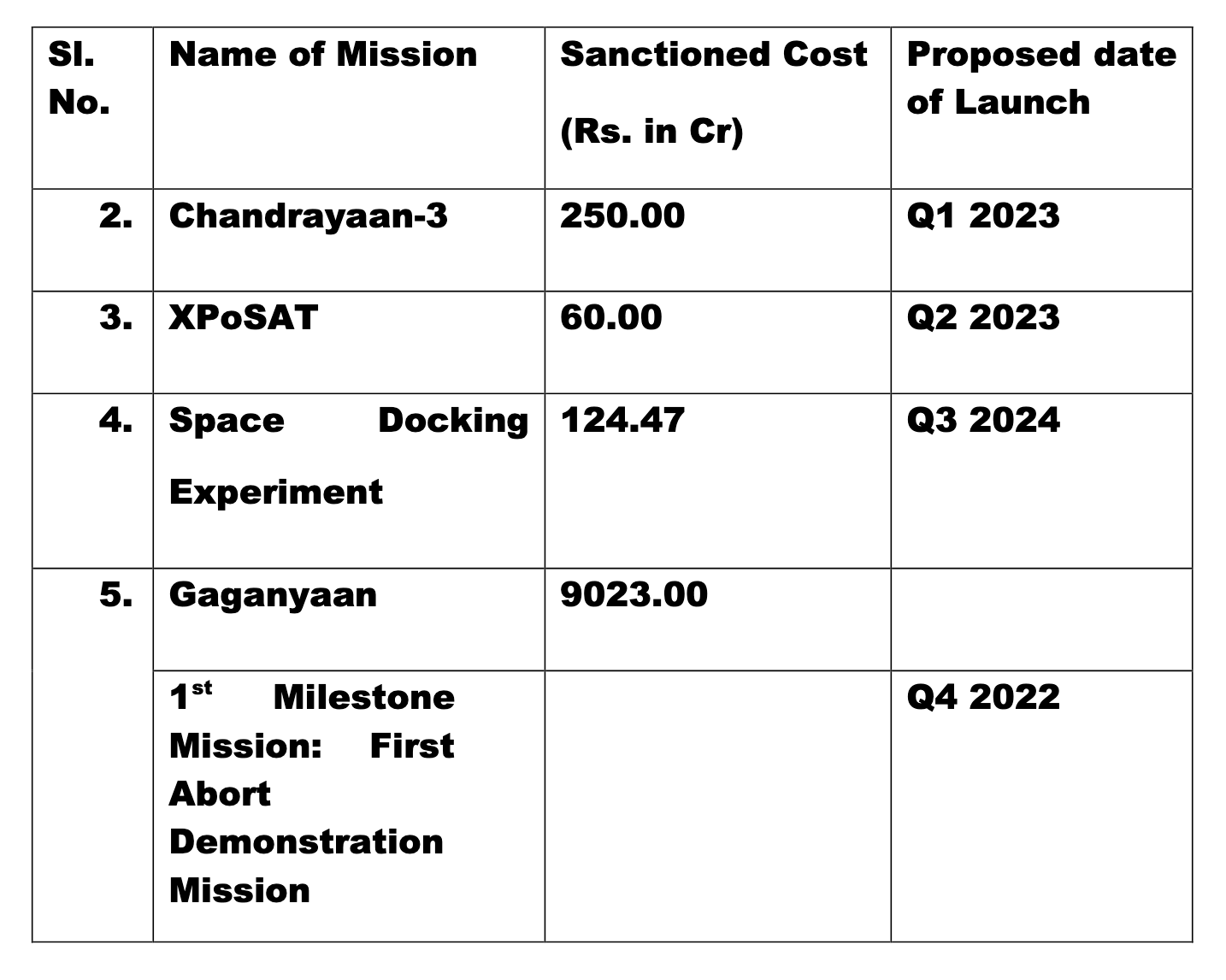 (1/3) Here's our first detailed look at the design of the docking mechanism being developed by ISRO! This will be used on the Space Docking Experiment (SpaDEx) currently scheduled to launch in Q3, 2024. #ISRO #SpaDEx
Click to expand... 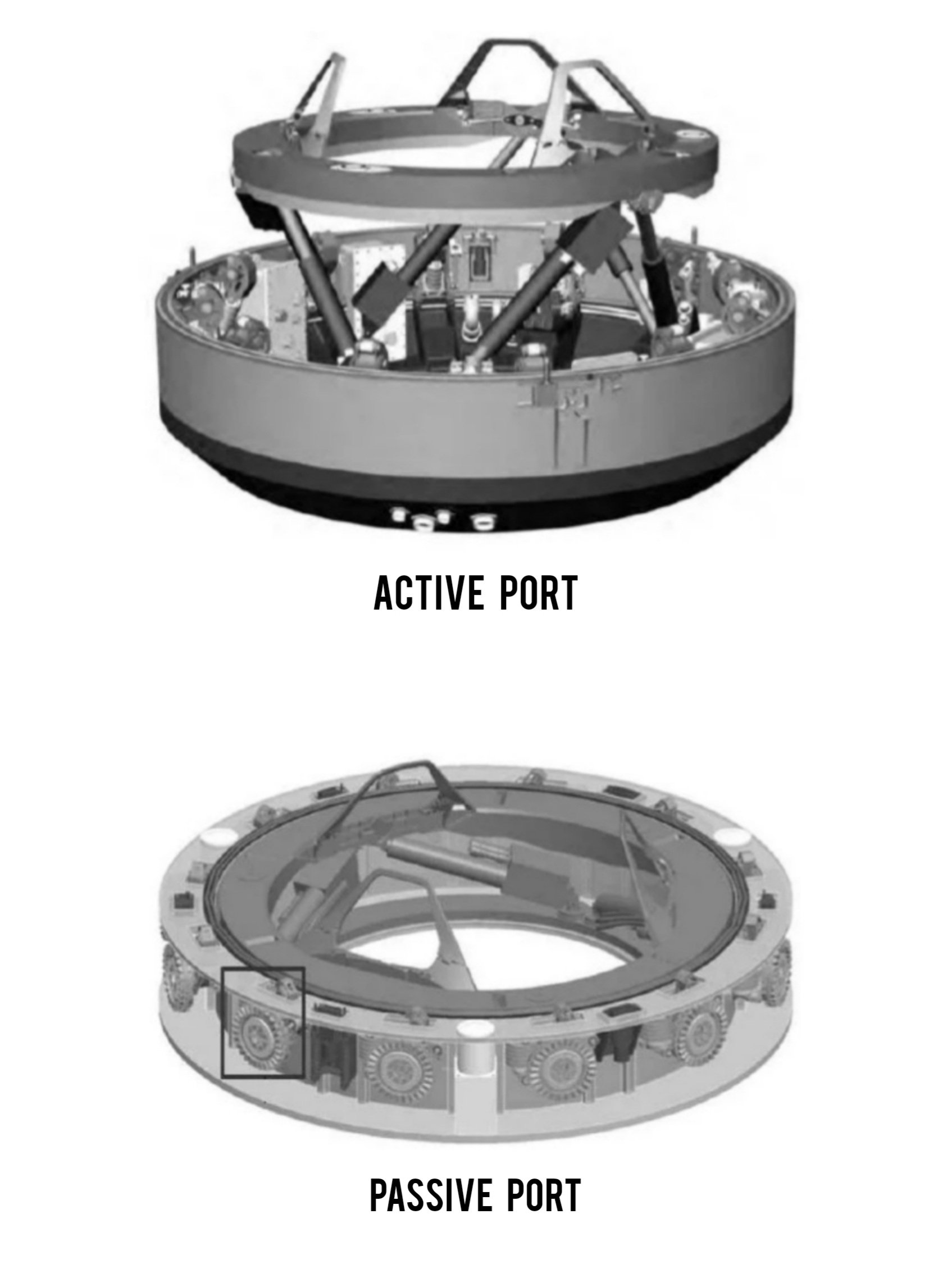 (2/3) As of now what we now about SpaDex is that it's gonna consist of two 200kg satellites - a target vehicle and a chaser vehicle. At launch they'll be stacked on top of each other held together by only the docking ports.
Click to expand... 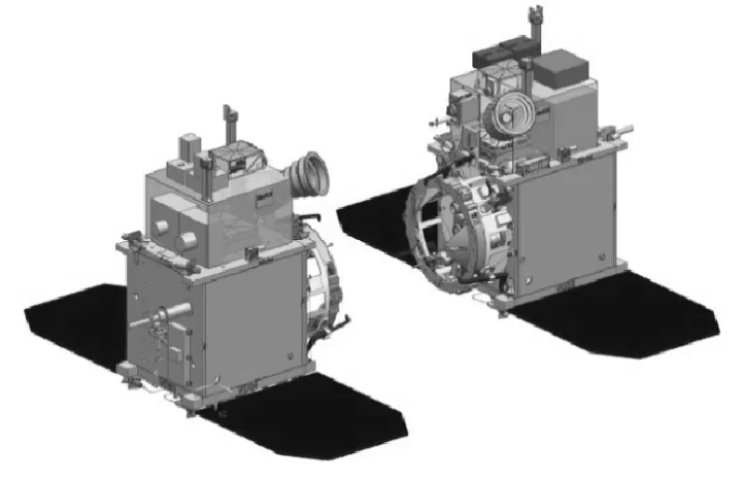 (3/3) After separation from launch vehicle both vehicles will undock and drift apart. Later the chaser vehicle will perform autonomous rendezvous and docking with the target vehicle. The docking mechanism in itself appears to be highly inspired from NASA's IDSS used on the ISS.
Click to expand...