The onboard computer will help the RLV to glide for some distance before touching down like an aircraft, scientists at Isro told Deccan Chronicle. 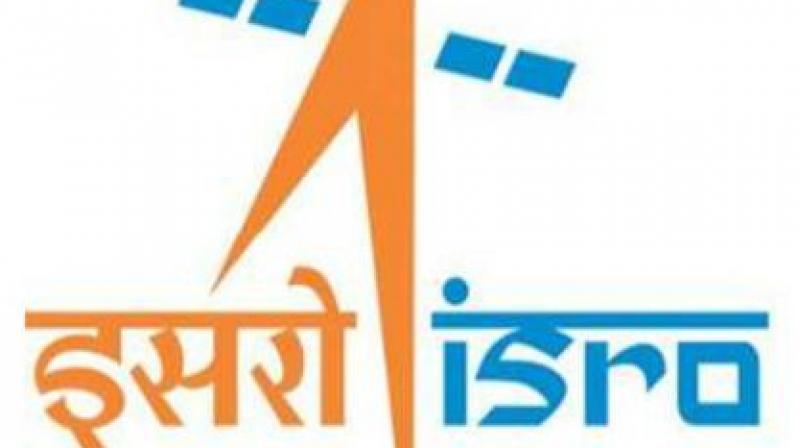 The Reusable Launch Vehicle (RLV), for the first time, will be tested on land — the 2.2 km runway at ATR to be precise — with its under carriage in position after a freefall from a helicopter flying at an altitude of three km.

Bengaluru: For a change, Indian space scientists will soon move from the east coast — Satish Dhawan Space Centre (SDSC), Sriharikota Range — to the mainland to track the flight and landing of swadeshi version of the space shuttle at the Aeronautical Test Range in the ‘Science City’ at Challakere in Chitradurga district.

The Reusable Launch Vehicle (RLV), for the first time, will be tested on land — the 2.2 km runway at ATR to be precise — with its under carriage in position after a freefall from a helicopter flying at an altitude of three km. The onboard computer will help the RLV to glide for some distance before touching down like an aircraft, scientists at Isro told Deccan Chronicle.

While the RLV has been designed to test a wide spectrum of technologies considered critical for the human space flight programme (December 2021), it will also help Isro realise the concept of Two-stage-to-orbit (TSTO), the space agency’s novel attempt to reduce the cost of launch of satellites by a factor of ten. 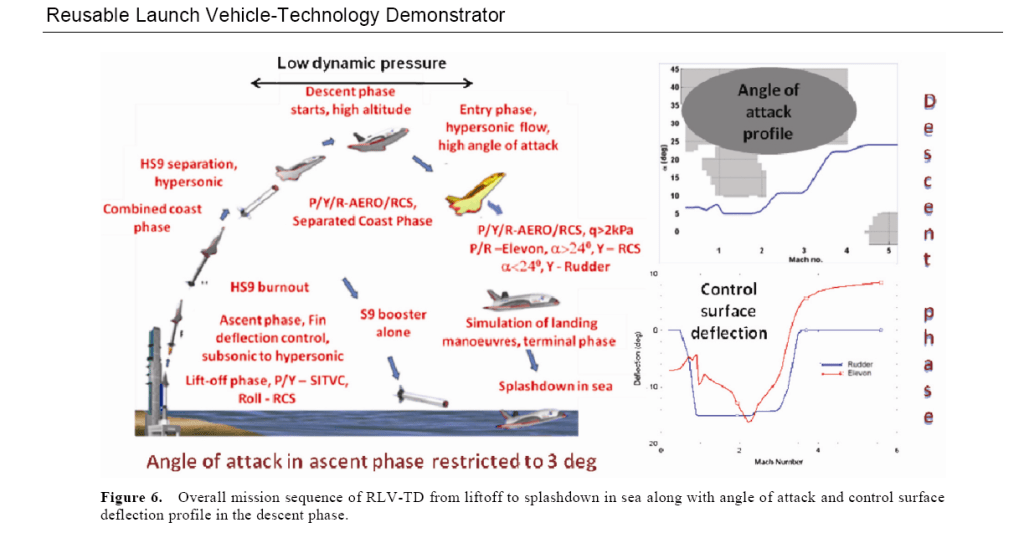 As part of the Reusable Launch Vehicle Technology Demonstration (RLV-TD) program, the Indian Space Research Organization (ISRO) has been developing various technologies that will serve as building blocks for a future Two-stage-to-orbit (TSTO) reusable launch vehicle. These technologies are being developed in phases through a series of experimental flights.
Flush Air Data System (FADS)
Flight control systems require accurate real-time data such as angle of attack, angle of sideslip, dynamic pressure, Mach number and free stream static pressure. Flight management including managing thermal and aeromechanical loads as well as trajectory and flight path is performed based on accurate vehicle data. Flush air data system (FADS), as the name implies, measures data from orifices flush with the surface of the nose cone and hence there are no devices protruding from the body of the vehicle. FADS of the configuration shown in Fig.1 below was developed and flight-tested during the Hypersonic Flight Experiment (HEX) successfully conducted on May 23, 2016. The FADS was restricted to monitoring mode to validate its performance and will be used for guidance in the subsequent flights.

FADS is generally used for gathering data below altitudes of 35-40 Km. Above this, flight control is driven by data from inertial navigational systems(INS). INS accuracy below these altitudes are reduced due to wind and other atmospheric effects. For instance, autopilot governing parameters such as angle of attack (AoA) and side-slip angle are some of the key ones affected. The guidance and control system demand very high accuracy of air data. These are important for gain scheduling and switching over controls from reaction control system (RCS) to aerodynamic control surfaces.

The pressure ports are arranged in a crucifix pattern with five in the vertical meridian and four in the horizontal meridian. Two horizontal ports are provided on either side of the vertical meridian. A configuration of nine ports was selected to provide adequate redundancy and to facilitate computation of air data parameters even after failure of a pressure sensor, or blockage of a pressure port.

Extensive wind-tunnel tests were carried out to benchmark and prove the FADS. Subsonic tests were carried out at the National Wind Tunnel Facility at IIT Kanpur and higher Mach number tests at CSIR-NAL, Bengaluru. The FADS computed data during 10s to 70s during ascent phase and below 20 Km altitude during descent phase of the HEX. Data computed was found to be within the designated accuracy targets. 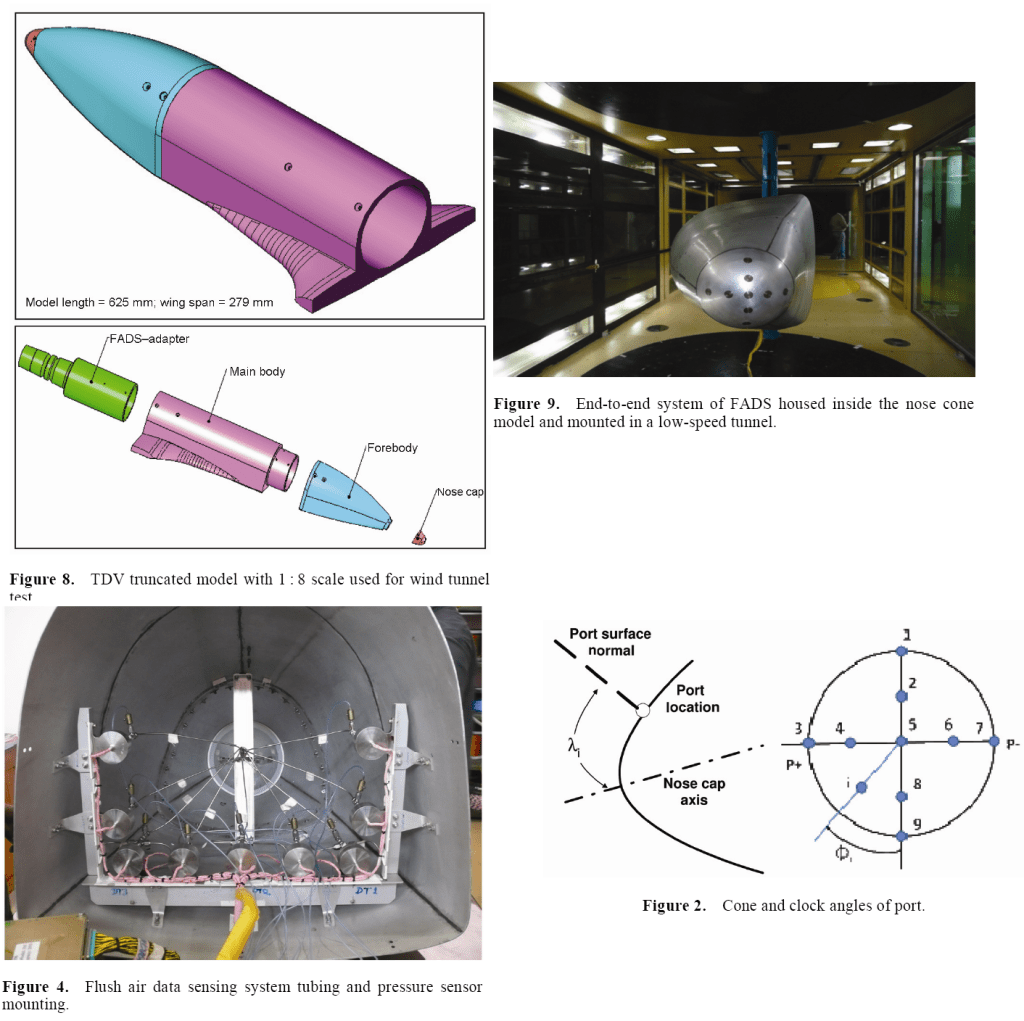 INS for RLV-TD: This system consists of the following: Three gyros are mounted in the ortho-skewed configuration (each gyro mounted in pitch/yaw/roll orthogonal axis and two accelerometers in roll–yaw plane of the vehicle, which give fail-operational redundancy for acceleration measurements in yaw and roll axes. The navigation software residing in the on-board computer processes the data from inertial sensors to generate functional parameters for closed-loop guidance (CLG) and control. It computes body rates and quaternions; position,velocity and altitude; inertial velocity and acceleration and air data parameters.

Altitude estimation using aided INS and RA data: During the landing phase, the RA data are used to estimate the error in navigation altitude. The estimated error is used to correct the navigation altitude to meet landing accuracy.

Ceramic servo accelerometer package: During the descent phase of the flight, where wind effects are prominent and estimation of air data parameters is less accurate, Ceramic Servo Accelerometer Package (CSAP) is used to generate acceleration data for control. It consists of six ceramic servo accelerometers mounted in skewed triad–hexad geometry (six accelerometers, 60° apart on the planar surface of a cone with half-cone angle 54.736°) along with processing electronics. The measurement range of the system is ±20 g in coarse range. To meet the resolution requirements of the mission (HEX), the measurement range is switched from coarse (±20 g) to fine range (±4 g) at booster burnout. The data from CSAP are processed in MMC to generate lateral acceleration (Ny, Nz). The resolution is 3.5 mg and 2.8 mg in yaw and pitch axis respectively.

Guidance system
The Closed Loop Guidance (CLG) system steers the vehicle to the desired landing point, meeting constraints such as horizontal and vertical velocity at touchdown 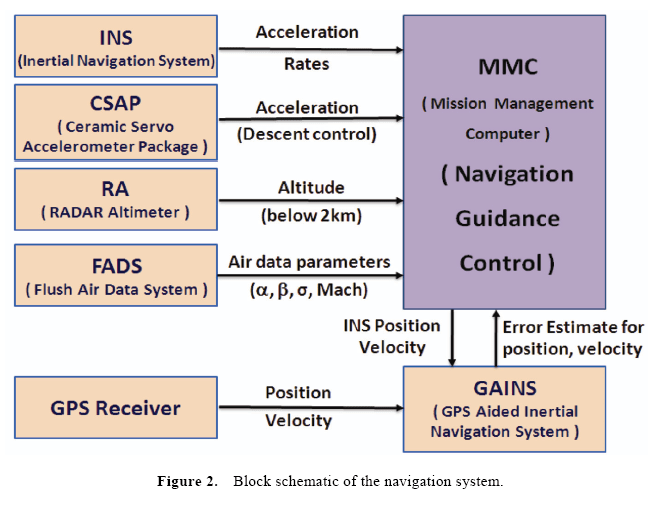 Approach and landing phase
In this phase, the CLG commands (normal acceleration and bank angle) are provided to steer the vehicle to a desired landing point. This is selected on-line, based on the energy available. The approach and landing phase guidance includes an on-line trajectory design and a path controller to track the planned trajectory. The entire approach and landing phase trajectory is generated on-board at the start of this phase. The trajectory is divided into vertical and horizontal planes. The vertical dynamics is controlled by commanding normal acceleration (NZC) and the horizontal dynamics is controlled by bank angle (σC) command. The guidance problem is formulated by assuming that the vertical dynamics is decoupled from horizontal dynamics. The algorithm features include: (i) Retargetting: on-line selection of landing point based on the range to be covered. (ii) Safe mode guidance: for extreme performance variations. (iii) Dynamic normal acceleration command limit: to steer the vehicle to fly in the safe angle of attack envelop. The CLG steers the vehicle to the desired landing point, meeting constraints such as horizontal and vertical velocity at touchdown. Descent phase
In the descent phase, pitch and roll control is achieved by two elevons and yaw by two rudders. During the high angle of attack regime, rudder is not effective and yaw control is achieved by RCS. Once angle of attack reduces, a rudder become effective and thereafter is used for yaw control. RCS is provided as back-up for pitch, yaw and roll control. The aerodynamic angles (α, β, σ) are controlled till Mach number 2. Lateral acceleration (Nz, Ny) and bank angle (σ) are also controlled below Mach number 2. In conventional launch vehicles, pitch, yaw and roll plane dynamics is decoupled, whereas in RLV it is highly coupled and hence multi input multi output (MIMO) design is used. To take care of trajectory variations in control design, 2D gain scheduling based on Mach number–dynamic pressure is used. Aerodynamic control starts after booster separation.

Descent phase is divided into three sub-phases
Phase 1: This phase starts after booster separation and includes TDV coasting and reorientation. Here elevons are used to control pitch and roll dynamics, and RCS is used to control yaw dynamics. At the end of reorientation, the vehicle starts descending at a high angle of attack. Time-based gain scheduling is adopted during this phase. As the angle of attack reduces, rudder effectiveness improves.

Phase 2: Once the rudder becomes effective (comes out of the shadow of the fuselage), it is used for active yaw control. TDV is completely controlled using aerodynamic control surfaces and RCS is used in backup mode. MIMO design is carried out for the stabilization of coupled yaw– roll dynamics. Two-dimensional gain scheduling based on Mach number versus dynamic pressure is used.

Phase 3: This phase starts when Mach number reduces below 2 and altitude below 20 km. During this phase, wind velocities significantly influence the estimation of aerodynamic angles. So, in place of aerodynamic angles, accelerations are sensed and commanded by guidance for attitude control. Pitch plane design is done as in a conventional launch vehicle. MIMO design is carried out for stabilization of coupled yaw–roll dynamics. Gain scheduling is based on Mach number vs dynamic pressure.

Trim requirement and its scheduling: TDV is intended to follow a defined angle of attack trajectory based on Mach number and hence there is a known requirement of control surface deflection (trim control requirement). Since this Mach versus angle of attack profile is non-monotonic, 2-D trim schedule is adopted in all the three phases.

NGC system configuration The overall NGC system includes MMC, which computes the navigation information from the sensor data and generates steering, control and sequencing commands. The control commands are routed through the stage processing system to the actuators through the control electronics package. NGC is configured as a dual redundant cross-strapped system to handle subsystem failures. MILStandard 1553B bus is used for communication between MMC and other elements in the NGC system. The performance of the subsystem is assessed from the telemetry data acquired through the integrated data acquisition and processing systems. The 1553B communication bus utilization is also double compared to the existing launch vehicles, due to the presence of increased number of subsystems. Integrated simulation facility was designed and established to meet the validation requirements of the NGC systems of RLV-TD, and enabled the performance assessments of the system, including software and final initialization of data leading to the clearance for flight. Digital simulations were carried out to finalize the vehicle, mission design and validate the on-board algorithms. On-board software including navigation, guidance, control and other subsystems software embedded in the actual flight hardware were thoroughly validated in the integrated configuration using processor in loop simulation test bed.

HLS tests ensured that the INS and navigation software provided designed performance for the mission under nominal conditions as well as sensor isolation conditions. The repeatability, drift characteristics and performance of inertial sensors were critically evaluated across days and found acceptable. Through ALS simulations in Iron Bird, actuator performance was assessed in closed loop environment with vehicle dynamics, for different flight conditions. This ensured adequacy of end-to-end control performance VT Basker, Project Director, GSLV MkIII: 2-3 years for Semi Cryo Implementation. 1st & 2nd stages (S200 & L110) recovery studies are on right now. Within 1 year landing tech will be demonstrated. Within this or next year landing on legs (ADMIRE program?) will be demo'd.
Click to expand...

Regarding ISRO’s ongoing projects, he outlined that work was underway on the full-scale model of the Reusable Launch Vehicle Technology Demonstrator (RLV-TD), besides work to scale up the proto-model of the air-breathing engine. For ISRO, these are crucial technologies to master to develop a fully reusable space vehicle dubbed the "TSTO," or Two Stage to Orbit.
Click to expand...

WTF? They are planning to recover S200? What's the point in recovering a solid stage? Maybe he mistakenly said 1st and 2nd stage when he actually meant L110 and C25 (I know L110 is not ground lit)?

Okabe Rintarou said:
WTF? They are planning to recover S200? What's the point in recovering a solid stage? Maybe he mistakenly said 1st and 2nd stage when he actually meant L110 and C25 (I know L110 is not ground lit)?
Click to expand...