People, this is what ISRO chairman said:-

Rest of the star trek comment is by some journohole 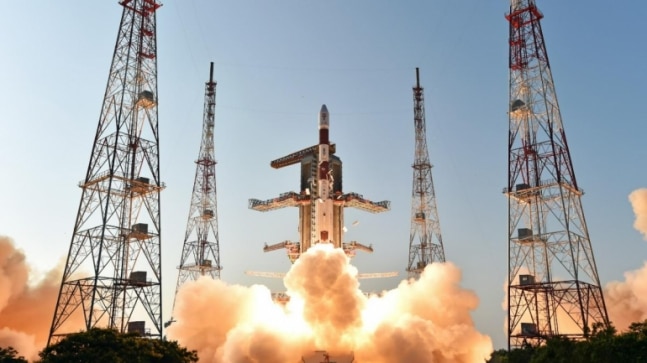 Gaganyaan is only where we are still listening about some practical progress and news chatter.

Human spaceflight seems to be top priority due to tendency of political class to compare India with US/Russia/China as well as BJP's won electoral points in 2024 elections (since human spaceflight would take place in 2023).

Expect other projects at least to be on a slow burner if not cold bag till India sends humans into space.

Karthi said:
Posting another set of Slides , there is still a lot of slides resting in my lap, will upload few days later . dont be bored bros . let these slides be here , will be helpful someone someday .

2:20:45 Another new tech I learnt from this:-
Fiber Optics based Measurement Sensors (FOMS) used for strain and temperature measurement in launch vehicle structural health monitoring. First demonstrated in GSLV D5 (2014). Planned use in RLVs.
FOMS works by emitting white light that falls on Fiber Bragg Grating (FBG) sensors placed at various structural parts where strain or temperature are to be measured. Under normal state, each FBG reflects light at a particular wavelength. This wavelength changes when strain or change of temperature are applied on the FBG sensor. So the Optical Processing System notes the change in wavelength reflected and can know the strain or temperature reading of each FBG sensor.
Now the presentation was about POWER (Programmable Optical Wave Energy Reflector) which is a testing system used to simulate wavelength shift to the Optical Processing System for the System's test and evaluation before its put onboard a rocket. Wavelength shift can be simulated by either temperature changes on a FBG sensor, which would require the entire thing to be put in a thermal chamber which stabilizes at one temperature in 15 hours. Their approach is simpler, simulating strain on multiple FBG sensors of different center wavelength (wavelength reflected at zero strain) by using that setup they showed at 2:23:27. This reduces testing and evaluation time from 15 hours to 15 minutes (shouldn't it be more than that?). POWER seems like a no-brainer to me, but this FOMS tech is new to me. I was still stuck in traditional strain gauge era.

The first quantum comm. experiment (QUESS) is to be launched on a PS4 stage piggyback. No idea which PSLV mission though.
V 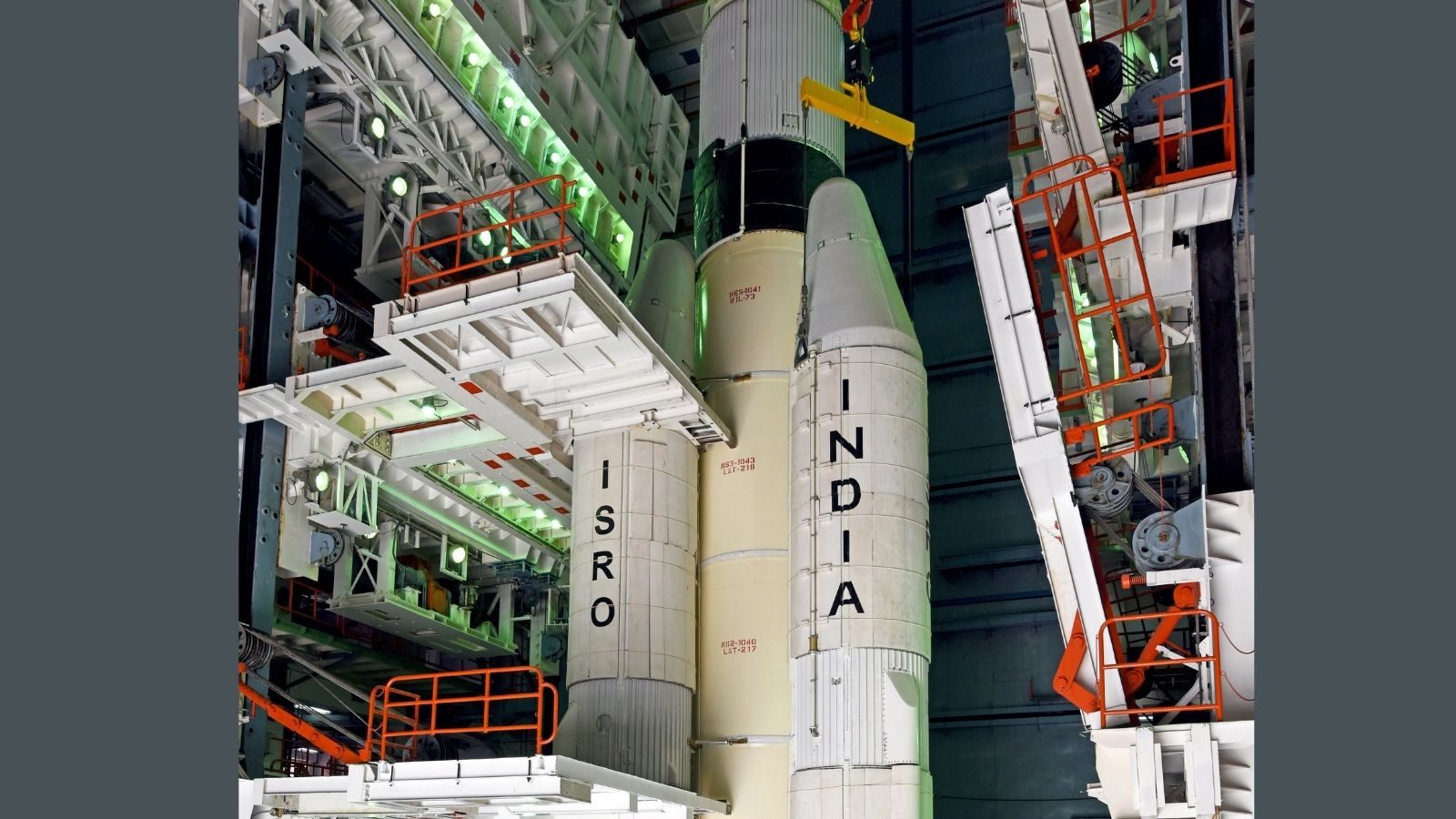 However, due to floods, the main connecting roads in Nellore are currently shut, forcing Isro to wait to finalise the dates of launches.

Good to see ISRO talking about sustained human presence on Moon or Mars. Now only thing I am waiting for is them to start talking about a Fusion Drive. New ArF Lasers may make ICF drives possible. US Navy is already working on ArF fusion.

Gaganyaan G1 was also planned around same time . Is it possible to launch 2 GSLV-MK3'S in a such short time

I read the parliament reply, Propulsion module & rover were fully assembled & ready, LSPT tests were successfully completed & Lander is in assembly stage. I think L110 & C-25 stages were also realised . But the problem is launching 2 GSLV-MK3'S in a very short span next year. Let's see what they will do.

ISRO Venus Mission Shukrayaan-1 will be launched either in 2024 or 2026, will carry total of 14 science payloads including Indian and international payloas

I saw some members had reservations about the ISRO-OPPO deal, here's a neat video by GS you can watch it (4 mins), it's in hindi but english captions are available which are decent

He gives examples of previous deals with RealMe, Xiaomi with ISRO, the fact Navic enabled chips off arm are already on the devices of redmi series.

This particular deal was about 'broadcast' service of NAVIC. Broadcast is basically one way message to large group of devices which is very useful in disaster management, weather warning and especially for fishing vessels. Apart from that basic NAVIC services that's it. It was just a PR show, highlights the good work of ISRO and give the needed pr for company but some media houses who are worthless pigs have never done anything good to society just plunged at the nonexistent low hanging fruit and created the mess of fearmongering.

When is the next planned launch, any activity in pvt space.

132 Million Euros would be earned through launching of these foreign satellites on a commercial basis: Dr Jitendra Singh

The Minister says, from 1999 till date, a total of 342 foreign satellites from 34 countries have been successfully launched on board Indian Polar satellite Launch Vehicle (PSLV) on a commercial basis


In a written reply to a question in the Rajya Sabha today, DrJitendra Singh informed that about 132 Million Euros would be earned through launching of these foreign satellites on a commercial basis.


NSIL as on date has signed six Launch Service Agreements with customers from four countries for launching foreign satellites into space on-board PSLV during 2021-2023.


A total number of 124 indigenous satellites have been put into Earth's orbit including 12 student satellites.


In another written reply to a similar question in the Rajya Sabha today, DrJitendra Singh informed that starting from 1999 till date, a total of 342 foreign satellites belonging to 34 countries have been successfully launched on board Indian Polar satellite Launch Vehicle (PSLV) on a commercial basis.


Country wise breakup of the number of satellites that were launched is indicated below:

Read entire thread. As he said Oppo will use ISROs name to further expand in Indian Market.

Covfefe said:
How? How's the navic location of a device better than gps location? And please don't tell that with gps, they need to put in a new software to track because the bloatware in Chinese phones or any phone does that pretty well.
Click to expand...

Read already. Goes round in circles on how we should promote Indian companies, 12 billion dollars investment that Chongs shouldn't take advantage of(weird), Oppo will be strongly entrenched in the Indian market due to this(hardly so, which company has offered a particular type of navigation system as it's value please tell me. Customer doesn't give a damn if it's GPS or Navic as long as Maps and all work fine)
Also, no answer on how it is any more dangerous than the situation at present? They already have your location data if you use their phone. They also have a bulk load of other info(media, contacts, email, banking details) if you use their phone or apps (which you most likely do).
You must log in or register to reply here.
Similar threads
Hybrid hypersonic space launch vehicle -ISRO- DRDO News and discussion.
GOOD NEWS: ISRO gears up to test scramjet engine
Join ISRO/DRDO/HAL/NAL If You Care About The Nation - News & Discussions.
ISRO chairman Madhavan Nair awarded doctorate by IIT-Bombay news
Share:
Facebook Twitter Reddit WhatsApp Link