Two-minute siren wails across country as Israelis honor memory of those who perished in Holocaust. Memorial ceremonies held at Yad Vashem and Knesset in Jerusalem, focusing on Shoah survivors' voice

A two-minute siren wailed across the State of Israel at 10 am Monday, as Israelis stood in silence in memory of the six million Jews who perished in the Holocaust.

The siren opened the annual memorial ceremony at the Yad Vashem museum in Jerusalem, which focuses this year on the Holocaust survivors' voice. Wreaths were laid at the foot of the memorial for the Warsaw Ghetto uprising.

The Knesset held its annual Holocaust remembrance ceremony, dubbed "'Unto every person a name," during which the names of Holocaust victims are read aloud.

Mordechai Fuchs, who survives the Treblinka camp, told Ynet he has been attending the Yad Vashem ceremony for more than 40 years with a yellow patch attached to his clothes and carrying a flag of Israel.

"We have a strong army, and I have children and grandchildren, and this is our real victory over the Nazis," he said. "They failed to annihilate us. We have the strength and we defeated the Germans."

Lily Gombush, who survived the Auschwitz-Birkenau camp, arrived with her four grandchildren to lay a wreath on behalf of immigrants from the former Yugoslavia. "I don't think the Holocaust will repeat itself," she said, "but today you still see gravestones being shattered in Jewish cemeteries and graffiti sprayed on synagogues, so it's important for each Jew in the Diaspora to make aliyah."

Other major ceremonies will be held later in the day at Kibbutz Yad Mordechai and Kibbutz Lohamei Hageta'ot, as well as in schools, military basis, municipalities and local councils.

The traditional March of the Living will be held Monday afternoon at the Auschwitz-Birkenau concentration camp in Poland on Monday afternoon. It will be attended by Science and Technology Minister Daniel Hershkowitz, Minister of Religious Services Yakov Margi and more than 10,000 young people from Israel and the world, both Jews and non-Jews.

This year's march will be held as Poland mourns the death of its president, Lech Kaczynski, in a plane crash in Russia, and black ribbons will be attached to the Israeli flags carried during the event.

During the main Holocaust Remembrance Day ceremony at Yad Vashem on Sunday night, Prime Minister Netanyahu said, "We are witness today to the new-old fire of hate, hatred of Jews inflamed by organizations and regimes of extremist Islam, most of all Iran and its satellites. Iran's leaders are scurrying to develop nuclear weapons and freely announce their desire to destroy Israel, but before these repeated declarations to wipe the Jewish state from the face of the earth, at best we hear faint protest, and even this is fading."

President Peres, for his part, recalled the lessons of the Shoah. He too emphasized that we must not be indifferent to Iranian threats.

"Israel will never forget two commands from the Holocaust," the president said. "The strong command to maintain an independent Jewish state, whose security is in its own hands, and with peace in its heart, and the command to take seriously threats of annihilation, Holocaust denial, and incitement to terror," he added.

US President Barack Obama issued a special statement on the occasion of Holocaust Remembrance Day. The memories of the victims, he said, "serve as a constant reminder to honor their legacy by renewing our commitment to prevent genocide, and to confront anti-Semitism and prejudice in all of its forms.

"We must never tolerate the hateful stereotypes and prejudice against the Jewish people that tragically continues to this day. We must work, instead, on behalf of a world of justice and peace, in which all nations and peoples value the humanity that we share, and the dignity inherent in every human being." 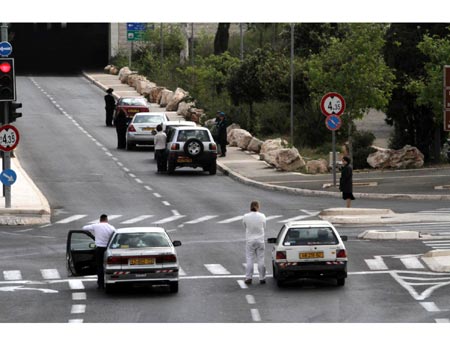 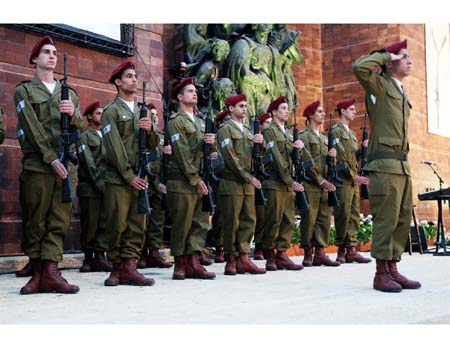