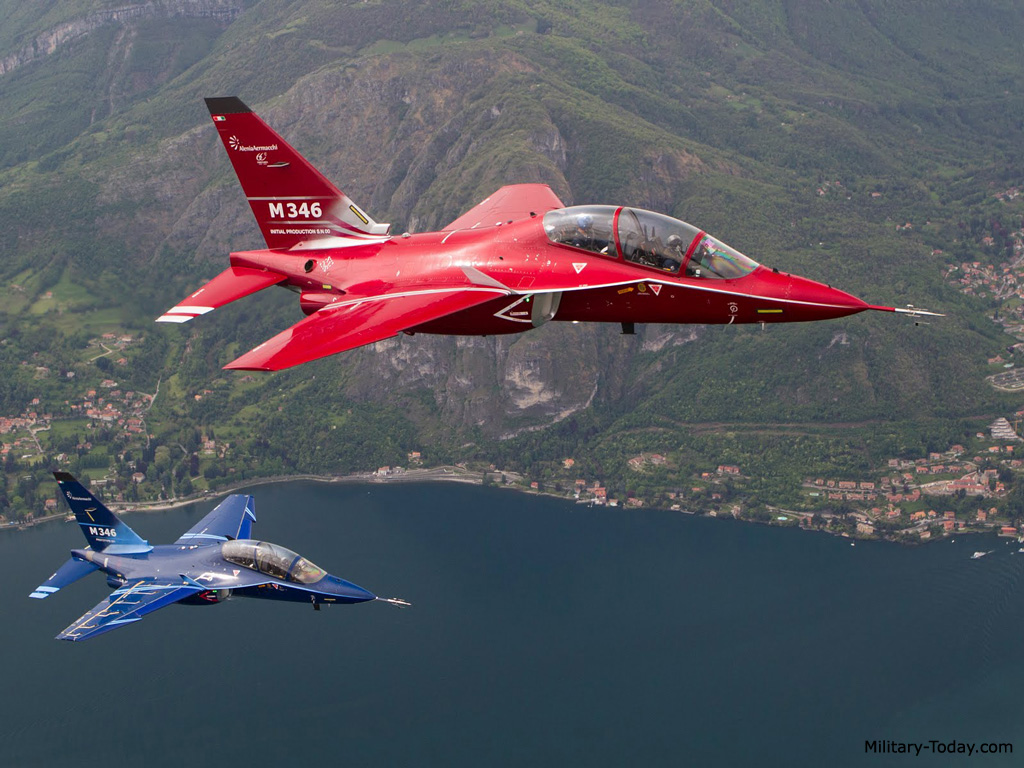 .
.
Israel Air Force has recommended buying Italian- made training jets M-346 to replace its ageing fleet. The Defense Ministry and the Israel Defense Forces are expected to make their choice between the Korean T-50 Golden Eagle trainer jet and Italy's M-346 Master within a few weeks. The deal is valued at about a billion dollars.
The new aircraft is to replace the IAF's ageing fleet of U.S.-made A-4 Skyhawks as the first planes flown by combat pilots in training.
Relations between Seoul and Jerusalem have been tense for several months, with Korea accusing Israel of favoring Italy in the negotiations. In recent years, the South Koreans have purchased an average of $280 million a year in such defens products.
In December, the head of the South Korean Defense Procurement Agency and the president of the the state-run aircraft maker, Korea Aerospace Industries, came to Israel, where they met with senior Defense Ministry figures. Israeli defense officials have rejected the Korean claims and said no decision has been made over which trainer jets will be bought.
IDF spokesman told Haaretz that "the IAF does not discuss its professional recommendations through the media...."
Last edited: Jan 18, 2012

Buying Korean would be a better option since T-50 shares same engine as that of F-16s.

Tshering22 said:
Buying Korean would be a better option since T-50 shares same engine as that of F-16s.
Click to expand...

the Koreans are cheap !!!
Italy offers a barter trainer for ew g550 from iai (no cash involved )
+ Italy is a major training ground for iaf and a political partner
the Koreans have until January 28 to greatly improve the offset deal
or gtfu

We should have marketed the LCA twin seater as a trainer because it is far better than T-50 or that italian one.
You must log in or register to reply here.
Similar threads
Israel's Air Force Capabilities to Increase 400%
Israel, Turkey reactivate air force ties
Israel Air Force (IAF) holds aerial salute above Israel
Israel Air Force reveals its satellite secrets
Share:
Facebook Twitter Reddit WhatsApp Link