The SITE Intelligence Group said that the ISIS, through its Amaq news agency, has claimed that its fighters in Pakistan have killed two Chinese nationals held in Mastung.

#ISIS reported through 'Amaq that its fighters in #Pakistan killed two #Chinese nationals held in #Mastung district in # Balochistan pic.twitter.com/ROwOHh5tns

— SITE Intel Group (@siteintelgroup) June 8, 2017 The development comes days after Pakistani forces said that they have killed a number of key commanders of the Islamic State group in an operation carried out in the mountainous Mastung district after intelligence reports said the group was holding the Chinese nationals kidnapped on May 24 from Jinnah Town of the provincial capital Quetta.
Jinnah Town is one of the affluent residential areas where Chinese NGOs teach Mandarin.

The Chinese presence in Pakistan has increased in the past few years due to the China Pakistan Economic Corridor and the Pakistani government has deployed 15,000 military personnel to protect projects under the economic corridor.

Following the abduction, China had said it will spare no effort to rescue its kidnapped citizens while adding that it will also step up efforts to safeguard the security of Chinese citizens and agencies in Pakistan. (ANI)

ISI and PA will squeeze more $$ from China in the name of Kabz e Daesh. Porkis have trapped China bigtime.
G

They should have just paid huge ransom instead of carrying out military operation for show off.
R

Hope, more of them kidnapped and executed until chinese agree terrorism is not a tool to control (with strings of there purse). And chinese should apologise India for obstructing banning terror organisations in the UN.
M

This shameless rental paki army will try to milk as much as money from chinese in the name of their fight against isis.This is a false flag attack by pakis to lure chinese into their industrial scale terrorist industry

ISIS is a reality in Pakistan and it's target is CPEC and Chinese.Below are the Chinese hacked to death and China would not mind these small killings since their bigger aim is to make Pakis their slave bitch through the trap called CPEC. 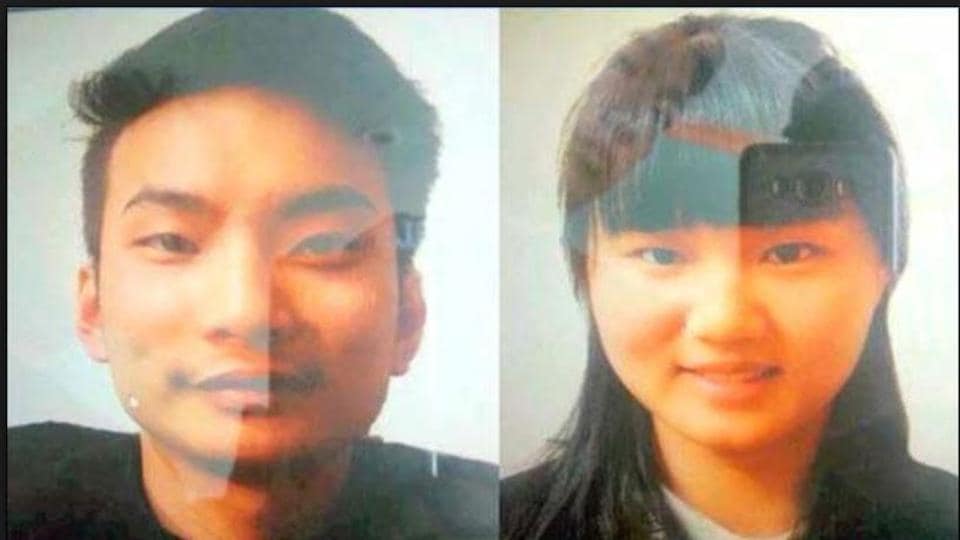 @rock127
Welcome back! Long time.. Where have you been?

So instead of carrying out a precise rescue operation, Porkies threw battalions at the ISIS caves. These morons can't do anything right.

Or is it another way of stationing Chinese troops in Pakistan? Remember Fat pig aka Raheel Sharif denied Chini request for troops and raised 15000 commandos.

Sad, they both look so young. Should have known better than to accept a job in Pakistan. Nobody in their right minds would do that from a Western country, wonder what kind of propaganda the Chinese government feeds them.

The girl was a qt though.
4char
F

brational said:
ISI and PA will squeeze more $$ from China in the name of Kabz e Daesh. Porkis have trapped China bigtime.
Click to expand...

its another Karachi affair in making , probably they were kidnapped and killed due to non payment of bribes to PAK army officers ...

rock127 said:
ISIS is a reality in Pakistan and it's target is CPEC and Chinese.Below are the Chinese hacked to death and China would not mind these small killings since their bigger aim is to make Pakis their slave bitch through the trap called CPEC.

Thats the way it will be played.
ISIS and ISI will both start to milk china .

So for now pakistan has to provide security to CPEC workers..but a time will come when the USA AID for pakistan is not sufficient enough to protect chinese interest in the region.

Then ISI and ISIS will milk china . chinese dream of using hafiz Zaeed to play a card to counter them will never work.

Isis threatens China and vows to 'shed blood like rivers'

both chinese and porks are each other's brothers. one will backstab another. alliance made in heaven lol. RIP to the poor souls

IndiaRising said:
both chinese and porks are each other's brothers. one will backstab another. alliance made in heaven lol. RIP to the poor souls
Click to expand...

bloodier than the bloodiest backstabs

Extremely Unprofessional Failed Operation By Dumb Paki Army ......................Your Mission here was recovery of the the hostages, not killing a few Jehadi morons . As it turned out, hostages were not on that location ..............and Pakis were Busy is chest thumping & Fake bravado by releasing operation's Photos & videos .
Once you start leaking the details with operation pics and videos and pics of killed terrorists, you are endangering the lives of the abductees and inviting a retaliatory response by the Abductors ..............and these Losers were also spreading fake news of successful recovery of Hostages .

Unprofessional Paki Army is responsible for the death of these 2 innocent people .