London: Pakistan's ISI was behind the 26/11 attacks as well as the July 2008 bombing of the Indian embassy in Kabul, the BBC said in a damning report on the military-run spy agency that does not function "without the authority" of the Pakistan army chief.

In a new two-part series titled 'Secret Pakistan' on BBC two, Bruce Riedel, the CIA officer who served as advisor to US President Barack Obama, said he had informed the then president-elect about 26/11: "Everything pointed back to Pakistan. It was a defining moment.

"I told the President Pakistan was double-dealing us and that the Pakistanis had been double-dealing the United States and its allies for years and years, and they were probably going to continue to do so."

Riedel pointed out that "this (the attacks) had the signature of Lashkar-e-Taiba all over it, from the very moment the attacks began.

The second part of the programme, aired on Wednesday night also revealed the "CIA later received intelligence that said the ISI were directly involved in training the Mumbai gunmen".

About the car-laden explosives that went off at the Indian embassy in Kabul that killed 58 people and injured 141, Mike Waltz, who worked in the US vice president's office while George Bush was still president, said: "Through information and a series of events (not to mention preceding intelligence intercepts) it became pretty clear the Pakistanis were behind the (Jalaluddin) Haqqani network, which was behind the bombing."

He then damningly concluded: "The question was how high in the Pakistani state this went. And the answer was pretty high."

No Surprise. But what can we do ??

We should have done surgical attack after Mumbai attack but we believe in getting scared with "Nuke threat" all the time?

Nothing new and what's more the reaction to this or the lack of this by way of American response is also not going to be anything new or surprising.

It was well known, documented, but then for their own reasons, the West was playing it cool!

It took BBC this many years to realize... something that rest of the world knew long back! 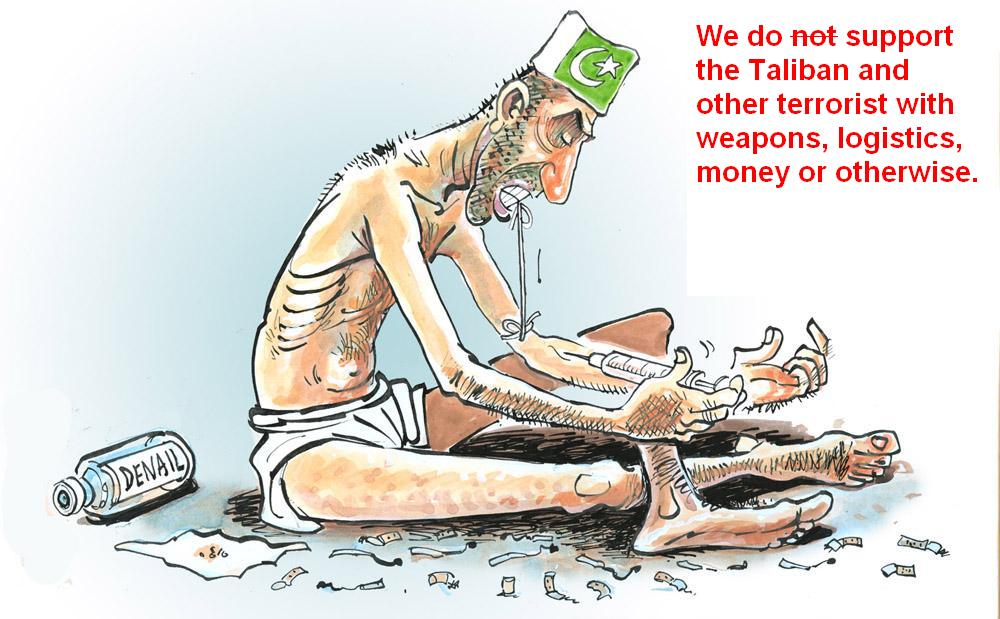 the two main enemy of india and sanity are Saudi wahabis and ISI.

i, again and again lay stress over elimination of ISI from SAARC region for better and harmonious ties but i dont know whether isi is too strong or there is a lack of will in upper strata to act( be it chicken house of usa or lungi club of India).

taking away isi will make the separatists lose their only source of funding, militancy ends in J&K and NE. no militants and fake money peddlers from pakistan via nepal, BD and myanmar. better relations with neighbors. only thing that you can say will offend anyone will be the loss of strategic depth creator in afghanistan.( guess who will be offended)
W

Yusuf said:
Nothing new and what's more the reaction to this or the lack of this by way of American response is also not going to be anything new or surprising.
Click to expand...

Thank you, thank you.