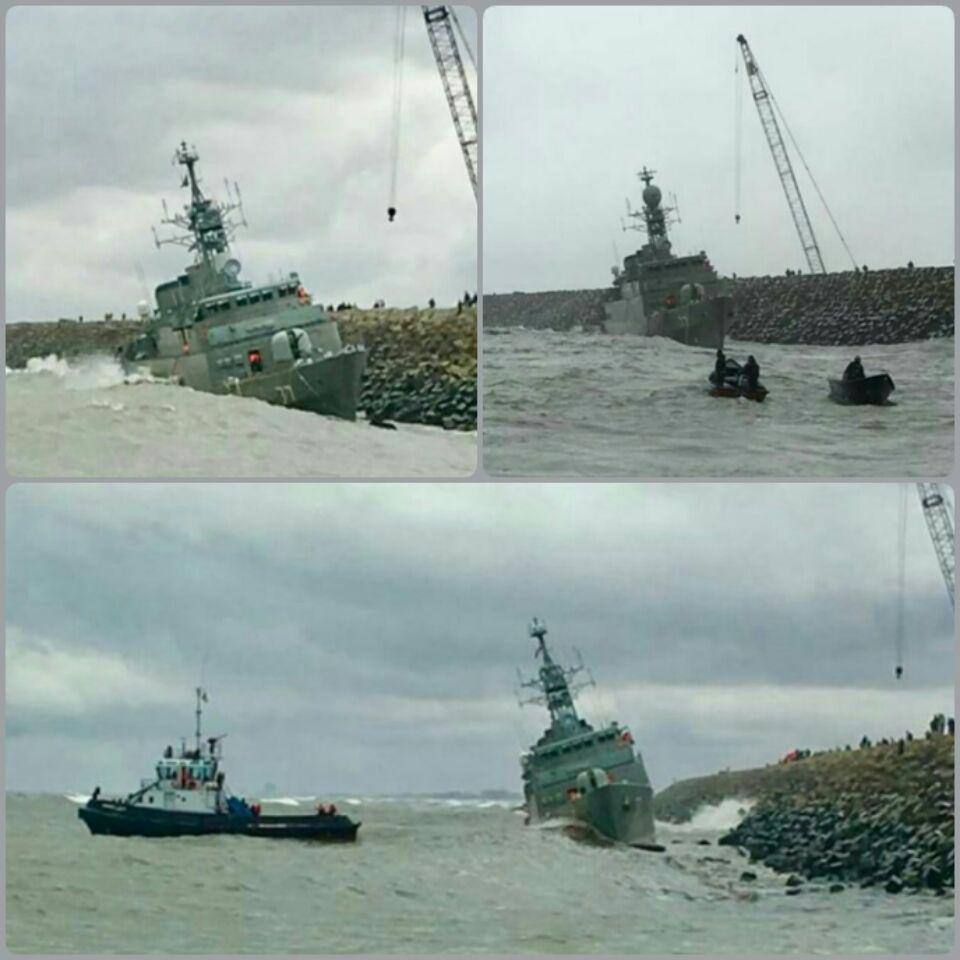 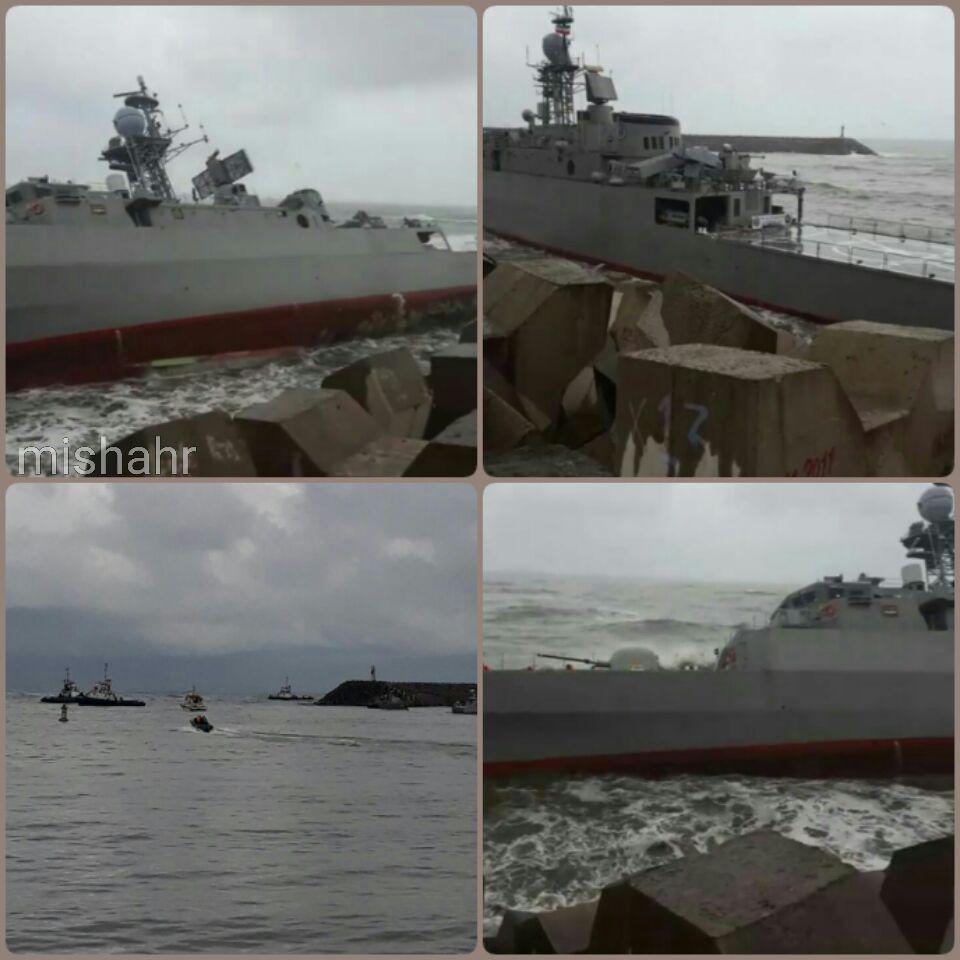 "Damavand" is the largest Iranian warship in the Caspian Sea and it was accepted into the Iranian Navy in March 2015. Judging by the photographs, the ship eventually sat on the rocks near the breakwater and it should be pulled from them by tugs, the main thing so that it does not overturn.

Recall that the frigate "Damavand" itself was launched on March 17, 2013, was admitted to the Iranian Navy in 2015.