was the shifting the IPL a good reflection of india,s image or it was bad move.
your views and the poll

As far as the cricket goes, it doenst matter. Its basically a television event. The countries in contention to host the event have a seizable Indian origin population so filling in the stadiums will not be a problem.

What does matter is the security concern. We dont want to have an incident like Lahore and shut cricket out of this country. The terrorists are probably waiting to strike at Indian Cricket so that it goes the Pak way.

Its good that IPL has not taken any chances and moved it elsewhere.

A strategic move moreover a good move because 'the show must go on'.
M

IPL shouldn't have been moved. However, if it should then not to SA or Eng but to middle east countries like sharjah etc

the IPLs date should have been shifted further because Elections are too big an even, especially in a big country like India and it would be Taxing on the security forces to secure the IPL.

For a nation that contributes 70% of the ICC's earnings and that follow cricket like a religion, I don't think we can risk the IPL being targeted. And mass public events like this are always easy to target.

My choice of destination would be the RSA. Congenial weather, a large desi population with a sizable mix of various other ethnicities that enjoy cricket to fill up the stands, and a country with impressive stadiums and a commendable record of playing host to quality tournaments under the wire. Plus a time difference with India of 3.5 hrs as against 5.5 hrs for England.

ahmedsid said:
the IPLs date should have been shifted further because Elections are too big an even, especially in a big country like India and it would be Taxing on the security forces to secure the IPL.
Click to expand...

The problem is that the IPL has to be squeezed in between the future tours program. Its a small window and even in that period some team have their own series and players will leave for that.


The Indian Premier League will now be hosted by South Africa after the decision was made to move it from India, BBC Sport understands.

Security concerns prompted IPL boss Lalit Modi to seek an alternative host, with South Africa chosen ahead of England, who wanted to stage the event.

It is thought the new dates of the tournament will be 17 April-24 May.

Pretty much on expected lines. You don't want a washed out IPL by playing in England at that time.

Can anyone throw some light why Israel should be mentioned in this article of IPL.

Payeng said:
Can anyone throw some light why Israel should be mentioned in this article of IPL.

Those are two seperate articles, the Gaza one starts where the cricket one ends.

Auberon said:
Those are two seperate articles, the Gaza one starts where the cricket one ends.
Click to expand...

Yet I found a line mentioning ICC.
A

Payeng said:
Yet I found a line mentioning ICC.
Click to expand...

Payeng said:
Can anyone throw some light why Israel should be mentioned in this article of IPL.

Its ARAB news Payeng... Israel is mentioned in everything...

If there is a gruesome murder of elderly couples by their maidservant, Israel is mentioned as a possible conspirator...

If the President of some country has irregular bowel movements, Israel is mentioned as a possible conspirator...

On a more serious note, I think both the news items are unrelated, though, they never should have been on the same page... hehehehe...

I voted for "Good Move" as the elections are around the corner and providing security for both the events would be tight. If we had no elections at this time then I would have checked the "Bad Move" button.

As far as I am concerned; it is aired and available in my idiot box with slight change in timings; Doesn't matter for me whether its played in India or RSA :drink: May be does matter for those who make tonnes of money with IPL :missyou:


NEW DELHI: South Africa was on Tuesday named as the host for the second edition of the Indian Premier League which has been shifted out of India because of security apprehensions.

IPL commissioner Lalit Modi and Cricket South Africa CEO Gerald Majola announced the news formally in a press conference in Johannesburg. The decision to hold the lucrative Twenty20 tournament was taken after a meeting between Modi and Majola at an undisclosed venue.

"We are very happy to confirm that South Africa will host the 2009 Indian Premier League," IPL chairman Lalit Modi said in a statement following a meeting with Cricket South Africa.

The tournament will be held between April 18 and May 24, a delay of about one week from the original schedule of April 10, 2009. Modi thanked CSA for agreeing to host the Twenty20 event in such a short notice.

"We would like to thank Cricket South Africa very much for the support they have given us over the past few days, which has helped us to come to this decision," said Modi.

“And we look forward to a successful and exciting tournament being held at venues throughout South Africa," Modi said in the news release.

Six venues have been identified for staging the eight-team tournament and the matches will start at 4 pm IST and 8 pm IST to make it convenient for Indian television viewers back home. The tournament will feature 59 matches as planned and the fixtures will be announced shortly.

South Africa pipped England as the venue after the BCCI decided to shift the tournament outside India because of security issues in view of the general elections.

"The organisers can be assured that they have the full support of CSA's structures and the South African public to stage a successful tournament,” said Majola, CEO CSA, during the press release.

"This is a great compliment to both CSA and our nation to be shown this confidence in our ability to hold one of the world's top sporting events at short notice,” continued Majola.

England was initially tipped to be the front-runner but the wet weather there during April and May swayed the IPL officials to consider South Africa as the preferred venue.

Another reason for England's chances receding is the assurance from South Africa government and CSA officials that the tournament will receive full support.

South Africa was considered to be a better option because the cost of running the tournament would be substantially less than in England and their domestic event would have concluded by the time IPL began, sources said.


It was not too long ago that rumours were doing the rounds that Fifa, football's world governing body, had a Plan B should South Africa not be ready to host the 2010 World Cup.

How ironic, then, that at a time when those rumours have dissipated, South Africa is now very much the Plan B for international cricket.

Just a week after the International Cricket Council (ICC) announced that the country would replace Pakistan as hosts of the Champions Trophy in September, the Indian Premier League (IPL) have now turned to South Africa to host the second season of their lucrative tournament.

Faced with the choice of cancelling the tournament due to security concerns in India or moving it to a different country, the IPL bosses opted for South Africa over England.

Factors which counted in South Africa's favour included the more favourable weather during April and May when the 59 games will be played, the lower costs of running the tournament and the more convenient time difference for the Indian television audience.

Another irony about South Africa's hosting of the tournament is that it will coincide with its general election on 22 April. 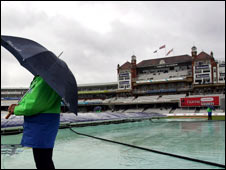 The main reason for shifting the tournament from India in the first place was the Indian government's unwillingness to provide security guarantees because of its own forthcoming elections.

The South African government has apparently provided the necessary security assurances and with plans already taking shape for the Fifa Confederations Cup and the 2010 World Cup, the IPL tournament could prove to be a valuable training exercise for the security experts.

Cape Town is expected to host both the opening ceremony and the first match on 18 April with other games expected to be played in major centres such as Johannesburg, Durban, Pretoria and Port Elizabeth.

Cricket South Africa is excited about the prospect of hosting the world's leading limited-overs cricketers who play in the IPL.

"This a great compliment to both CSA and our nation to be shown this confidence in our ability to hold one of the world's top sporting events at short notice, " said its chief executive, Gerald Majola.

"We are looking forward to hosting some of the world's best cricketers and we can assure them they will be provided with the very best facilities to show their skills."

Andre Odendaal, chief executive of the Western Province Cricket Association, said hosting the IPL was yet another feather in the cap for South African cricket. 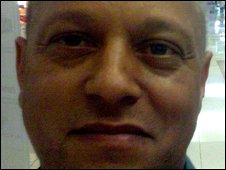 "With all the international sporting events coming to
South Africa, I'm not sure if people will have time to go to work"
Warren Rossiter
South African cricket fan​

"We already have Haroon Lorgat as the chief executive of the ICC, David Richardson as the general manager of the ICC, Steve Elworthy as the director of the 20-20 World Cup to be played in England later this year and we will also be hosting the Champions trophy in September." He did not foresee any problems with attracting fans to the ground: "We don't normally have much cricket in Cape Town in April and May, and the IPL will now satisfy the many cricket fans who complain of not getting enough top-class cricket in the city."

"We have only had one five-day test match and will be having a one-day international in April so we could do with a few more games at Newlands," he added.

Cricket fan Hoosain Khan said he was looking forward to the prospect of seeing the world's leading T-20 players in action in Cape Town.

"I'm very happy we will have the chance to see leading players like Sachin Tendulkar, Yuvraj Singh, Kevin Pietersen and Andrew Flintoff in action," said the cricket follower.

"I don't think there will be a problem in getting crowds to the games because it doesn't take too long and the format and marketing of the game attracts families to go to the ground."

Warren Rossiter, a school teacher, said: "With all the international sporting events coming to South Africa, I'm not sure if people will have time to go to work.

"Having the IPL here is certainly a boost for sports tourism in the country and is also a vote of confidence in our ability to stage big events."

The tournament should also provide a valuable financial boost for the host country which can expect a windfall from holding games at a time when the season is normally over, while South Africa's tourism industry can brace itself for an influx of players, officials and fans from India.

Of course they'll relish it... They're getting lots of money, isn't it ??? Who doesn't relish money ???
You must log in or register to reply here.
Similar threads
Cricket: News, Discussion, Updates etc.
IPL Will Use Zero Percent Of The Water That Sugarcane Does
KKR wins IPL!
IPL snub to Pakistani players dented India's image: Shahid Afridi
Share:
Facebook Twitter Reddit WhatsApp Link