The lethal Core component of any IADS is the SAM system. Understanding the basics of how SAMs work is important to understand why the perceived A2/AD threat from the latest systems – like the Russian S-400 is so much greater than in previous generations, and to understand what IADS are and why the distinction matters. SAM technology has evolved significantly since they first became a major component of aerial warfare in the 1960s. However, the core mechanics behind how a SAM system works continue to follow broadly the same principles. Most SAM systems are radar-guided, meaning that they detect airborne targets and guide missiles to intercept them by emitting radar energy and analysing the reflections which come back when this energy hits an aircraft or missile. 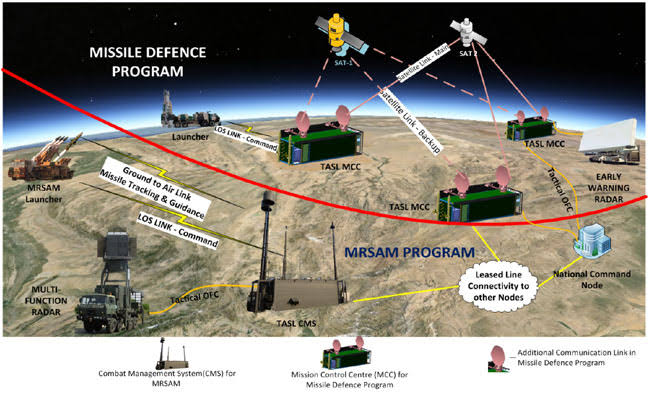 The All types of radar-guided SAM systems utilise early-warning and target-detection radars to provide wide-area scanning, detection, classification and tracking of targets in a given area. They then use a higher-resolution fire control radar to guide and control actual missile engagements. Most SAM systems also include some sort of command post or command vehicle which coordinates the activities and engagement sequences of the various radars and missile launchers in each battery. SAM systems are generally classified according torange, with short-range systems designed to engage targets up to around 15 km, medium-range systems up to around 75 km, and long-range systems up to 400 km against certain medium- and high-altitude targets. In terms of functionality, there are several types of radar guided SAM systems, the most important of which are command guidance systems, semi-active radar homing and active radar homing. 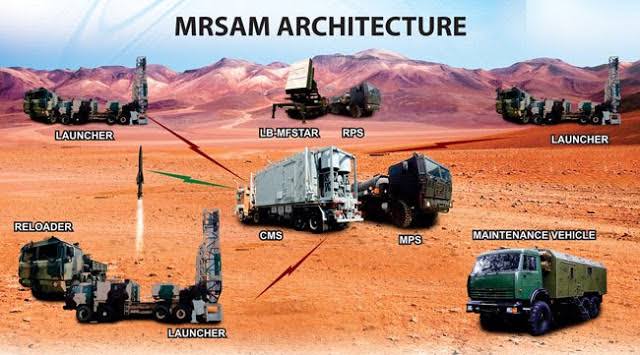 There are also passive coherent location (PCL) radars which rely on detecting and analysing signals from third-party emissions like mobile phone and wifi networks which are reflected off targets.1Command guidance systems use a fire control radar in each battery to track a target and produce updates on its movements, which are then transmitted to the missile in flight either by a trailing wire or radio links. This means that the missiles themselves do not need to carry complex seeker heads, as they merely fly to where the fire control radars tell them. However, this can leave the system vulnerable to enemy jamming: if either the fire control radar itself or the datalink between the radar and the missile in flight is disrupted, then the missile will lose tracking and likely miss the target. Where a trailing wire is used, the signals between the radar and missile cannot be jammed, although the fire control radar remains vulnerable. Command guidance also requires the SAM battery’s radar to be continuously emitting throughout the launch sequence to generate target track updates which can then be transmitted to the missile. This exposes the radar’s location to enemy forces and gives them more time to jam the signal or take evasive action. The SA-2 Guideline (S-75) is an example of a command guidance SAM system. 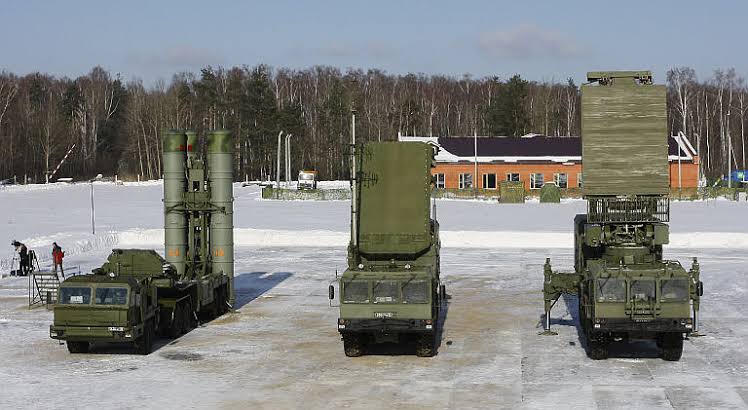 Semi-active radar homing systems also use the battery’s fire control radar to illuminate the target using radar energy, but instead of relying on the fire control radar to receive, interpret and then transmit target position updates to the missile in flight, the missile itself carries a seeker head which homes in on the reflected energy. Whilst the requirement to carry a passive radar seeker head makes these SAMs more expensive and complex than command guidance missiles, the system provides significantly better probability of kill (Pk) against manoeuvring targets and is harder to jam. This is because the system does not have to rely on signals being clearly reflected all the way to the ground-based fire control radar throughout the whole launch sequence, or on a radio or wire link to the missile to provide course corrections during flight. Furthermore, the closer that the missile gets to an illuminated target, the stronger the radar reflections become and the harder it gets to jam. Semi-active missiles can also be launched on a rough bearing provided by the early warning and detection radar or third-party radars, with an expected target position sufficient to get the missile near its target without mid-course updates. Then, once the missile is nearing the intercept point, the fire control radar illuminates the target to provide the passive seeker with reflected energy for terminal homing.

If integrated within a broader air defence system, radar information from over-the-horizon early-warning radars, SAM sites further forward than the launching system or aerial assets can be fed to an active radar homing SAM system. This enables missiles to be launched on a projected intercept trajectory, relying on their own seeker heads to acquire and home in on each target. Such an approach has a lower Pk than a conventional semi-active or command-guided launch profile, especially against manoeuvring targets since their position might be significantly different from that projected at launch when the active SAM reaches the intercept point, causing it to miss. However, active SAMs can be significantly harder to jam and potentially offer very little warning of the incoming threat to the targeted aircraft. Like most SAM types, active radar-guided SAMs are also typically launched in pairs at each target to increase the overall engagement Pk. They are much more useful than semi- or command-guided SAMs against very low-flying targets due to the inherent radar horizon and terrain-masking effects of the Earth’s surface at longer ranges on ground-based fire control radars. Modern SAM systems like the Russian S-300V4 and S-400 and the Chinese HQ-9 can all launch active radar seeker head and semi-active radar seeker head type missiles, typically reserving the former for long-range or low-altitude engagements where their advantages are greatest.

Modern SAM systems have two additional features which make them hard to counter and allow for advanced tactics to be employed by units operating these systems. The first is that they are all highly mobile, with radars, missile launchers, reloading cranes and command and control C2 posts mounted on tracked or wheeled all-terrain vehicle chassis. They can generally stop, set up and be ready to fire in a matter of minutes, and be ready to move again within five minutes of conducting an engagement. The different vehicles making up each battery or battalion are connected by various radio and datalink systems, allowing them to adopt dispersal tactics in combat to avoid being targeted all at once, and still function effectively unless heavily jammed. This makes it much harder to find, fix and attack modern SAM systems since they can rapidly and repeatedly change position while continuing to pose a threat to incoming missiles and aircraft. They also do not have to adopt easily identifiable deployment formations in single locations to function as a unit, as previous generations of SAMs did. The second major feature of modern SAM systems is that they are increasingly equipped with digital rather than analogue radars, control systems and radio datalinks. Aside from faster signal processing, greater signal analysis power and more accurate tracking and guidance solutions especially against very fast, small or low-radar cross-section Stealth targets, digital radars make SAMs significantly harder to counter with traditional electronic warfare techniques.

The Traditional SAM detection and defence by aircraft involves detecting and correctly identifying the waveforms emitted by the search and track and/or fire control radars. Once correctly identified and located, a hostile SAM site could then be jammed using a tailored jamming signal to interfere with the radar waveforms or attacked with anti-radiation or cruise missiles. Digital radars of the type increasingly used by modern SAM systems are frequency-agile, meaning that they can rapidly adapt to being jammed by changing their frequencies. They are also more difficult to positively pick out and identify in the busy electromagnetic background noise of a modern battlespace, and are inherently more resistant to brutre force jamming than analogue radars of a similar power level.