Kchontha said:
View attachment 97339
What is Rajnath doing with this gun?
Click to expand...

Indian Army embarks on a new hunt for carbines | India Today Insight
The Indian Army has issued a fresh Request for Information (RFI) for a fast-track procurement of 93,895 carbines. This comes five months after the defence ministry revoked the case for procuring a similar number of carbines under the Fast-Track Procedure (FTP).

The RFIs were issued on February 10 to multiple Indian and global manufacturers, including Caracal, Colt, SiG Sauer, Beretta, Thales and Adani Defence. In 2018, UAE gun maker Caracal’s CAR 816 carbine had emerged as the lowest bidder in the FTP initiated by the Indian Army for a new compact weapon to replace its World War 2 vintage 9 mm 1A1 ‘Sterling’ carbine. As before, the army wants the new carbine chambered for the 5.56x45 mm cartridge. At just a single page, the army’s new RFI is far simpler compared to its three-page RFI in 2018. The service aims to procure the weapons within a year of the contract signing. The size of this deal is not yet known, but if one were to make estimation from Caracal’s 2018 bid, then it would likely be upwards of $110 million (over Rs 800 crore).

Defence Secretary Ajay Kumar, who heads the Defence Procurement Board (DPB), finally pulled the plug on the acquisition last September. The earlier deal was questioned by senior defence ministry officials on two grounds—i) the carbines were costlier than the US-made SiG 716 assault rifles also imported under the FTP last year for over Rs 700 crore; and ii) the defence ministry officials noted that no part of the weapons was being manufactured indigenously. Last September, Caracal had offered to manufacture all the rifles in-country as part of the government’s Make in India initiative. The UAE government-owned arms maker said it would also oversee technology transfer. 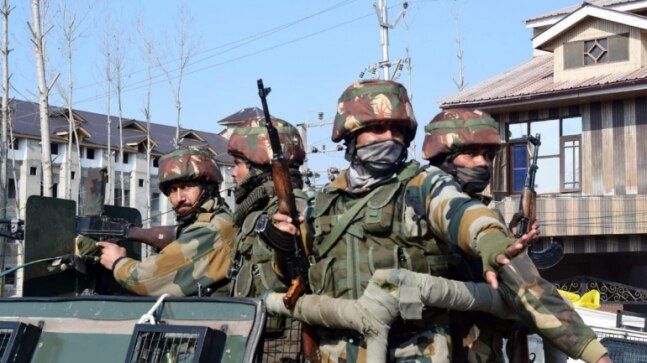 Indian Army embarks on a new hunt for carbines

The partnership was confirmed on 9 April by the Australian Department of Defence (DoD), which said the two companies would look to win the contract with Thales Australia’s F90CQB 5.56 mm assault rifle, a short-barrelled variant of the F90 rifle in service with the Australian Defence Force (ADF).

If the joint bid is successful, Thales Australia will manufacture the rifle in India in partnership with the Kalyani Group, with delivery of the carbines taking place over five years. The DoD said the Indian Army programme featured the acquisition of 350,000 rifles. The partnership also features Thales Australia transfers of technologies and know-how to the Indian company.

In a press release on 8 April, Thales said it would deliver technologies to Kalyani enabling the partnership to “design and develop” weapons systems in India. Thales said these systems would include variants of the F90 rifle and that the partnership would bid for firearms contracts in India and export markets.

Kalyani operates two defence subsidiaries in India: Kalyani Strategic Systems Limited (KSSL) and Bharat Forge Limited (BFL). Both have experience in producing ammunition, firearms, and related components. However, the subsidiaries have also outlined an intention to expand capabilities through partnerships with foreign contractors.

Will it be the weapon thales/kalyani is pitching for indian army's cqc requirement?

Kchontha said:
View attachment 97591
Will it be the weapon thales/kalyani is pitching for indian army's cqc requirement?
Click to expand... 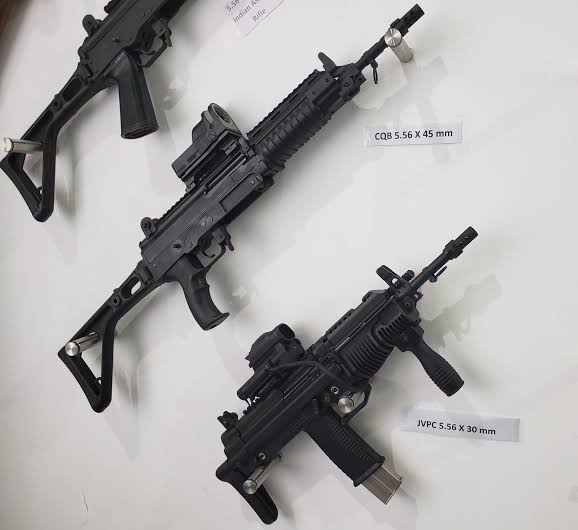 the carbine in the middle is also good , who will make this one ?

Other than ofb itself.

Kchontha said:
View attachment 97339
What is Rajnath doing with this gun?
Click to expand...

Maharaj samudragupt said:
View attachment 97593the carbine in the middle is also good , who will make this one ?

No one.every other indian company is making JV with other international companies

Marliii said:
No one.every other indian company is making JV with other international companies
Click to expand...

Because every major private player wants to get on the #Make in India #Aatmanirbhar bandwagon which has literally turned into a Ponzi scheme. 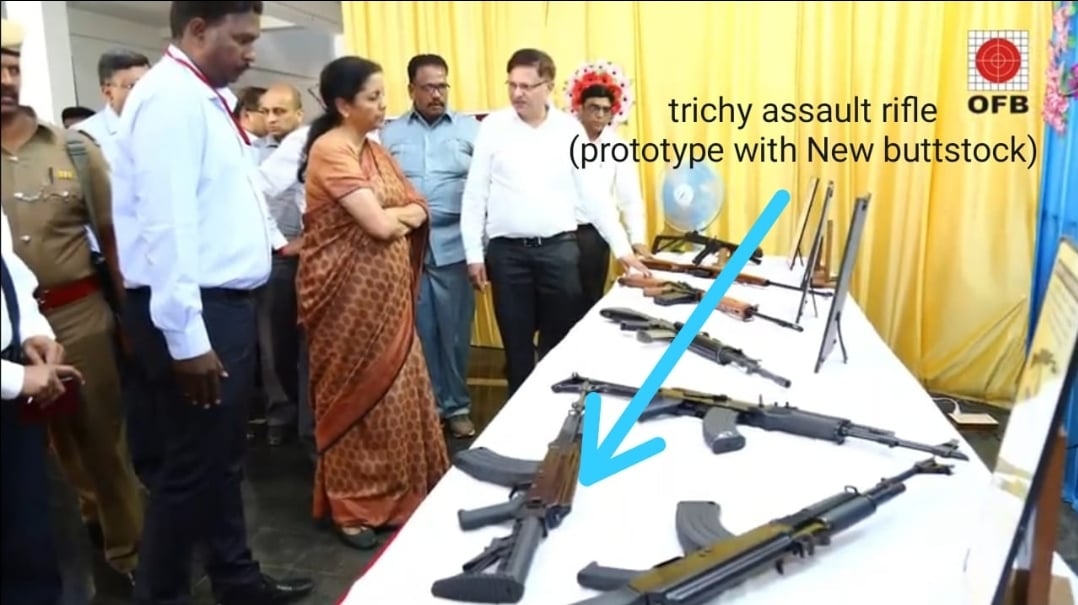 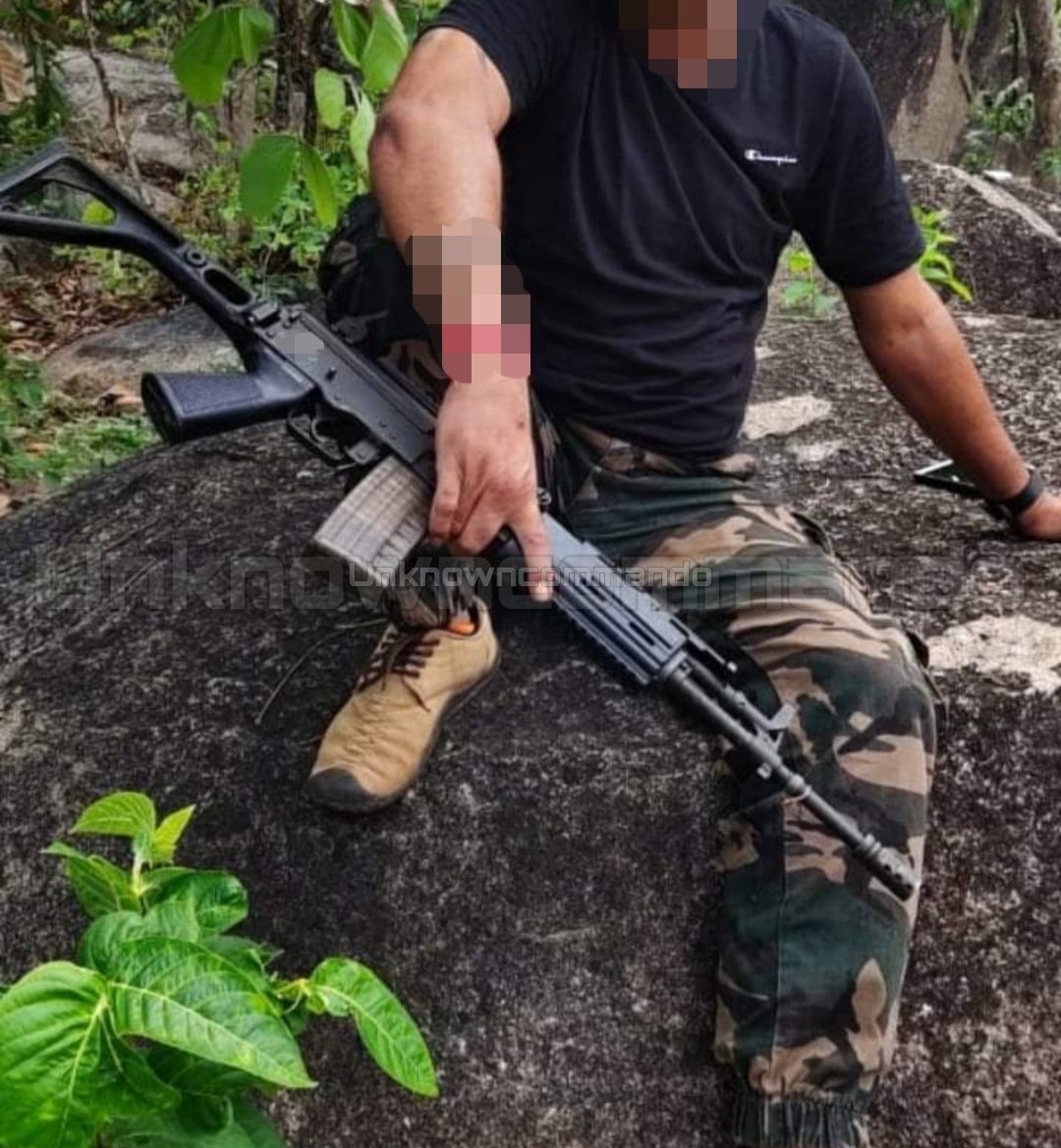 The naming sucks.
What is this TriCa?. I know that it stands for the shortened form of
Trichy Carbine
But couldn't they come up with a better brand name.
Maybe like TRAR-C or TRAKC etc. There would be various permutations and combinations available.

I don't care a damn if it doesn't look very sexy but at least it should work properly.
I guess they would have sorted out the recoil issue.
Can Ordnance Factory Trichy deliver thousands of units of the carbine with consistent quality and performance.

I would like at least one Indian fire arm to gain an reputation internationally as an excellent high quality weapon. Even if it is not an original design and is a modification of an already existing weapon.

Conduct research on metallurgy and appropriate manufacturing technologies but deliver results. It is certainly not like developing an aero engine from start. We can achieve it with our present technical knowledge.

Would have been much better if they copied Arsenal M52F/T (Ak102/04)series than krinkov variant.
T

ALBY said:
Would have been much better if they copied Arsenal M52F/T (Ak102/04)series than krinkov variant.
Click to expand...

When will an Indian Colt or Beretta come up.
Forget about big Assault Rifles and Sniper Rifles, even an top class hand gun like a revolver or a pistol would suffice initially. Show to the world that India can manufacture an real high quality firearm which other countries will not hesitate to buy.

It's OK if we produce the firearm at a higher price vis-a-vis competitors initially because of higher investment in high tech tooling /CNC machines etc. But we must maintain the quality standards over a long production run involving hundreds of thousands of pieces. The rejection /failure rate must match international standards.

The high initial cost can be brought down over time. It does not matter whether the firearm is manufactured by the public or private sector. After all both are Indian make.

Setting an single example of successfully manufacturing an world class defence product will change perceptions about India overseas. Other companies in India whether public or private will be inspired to do a repeat performance. 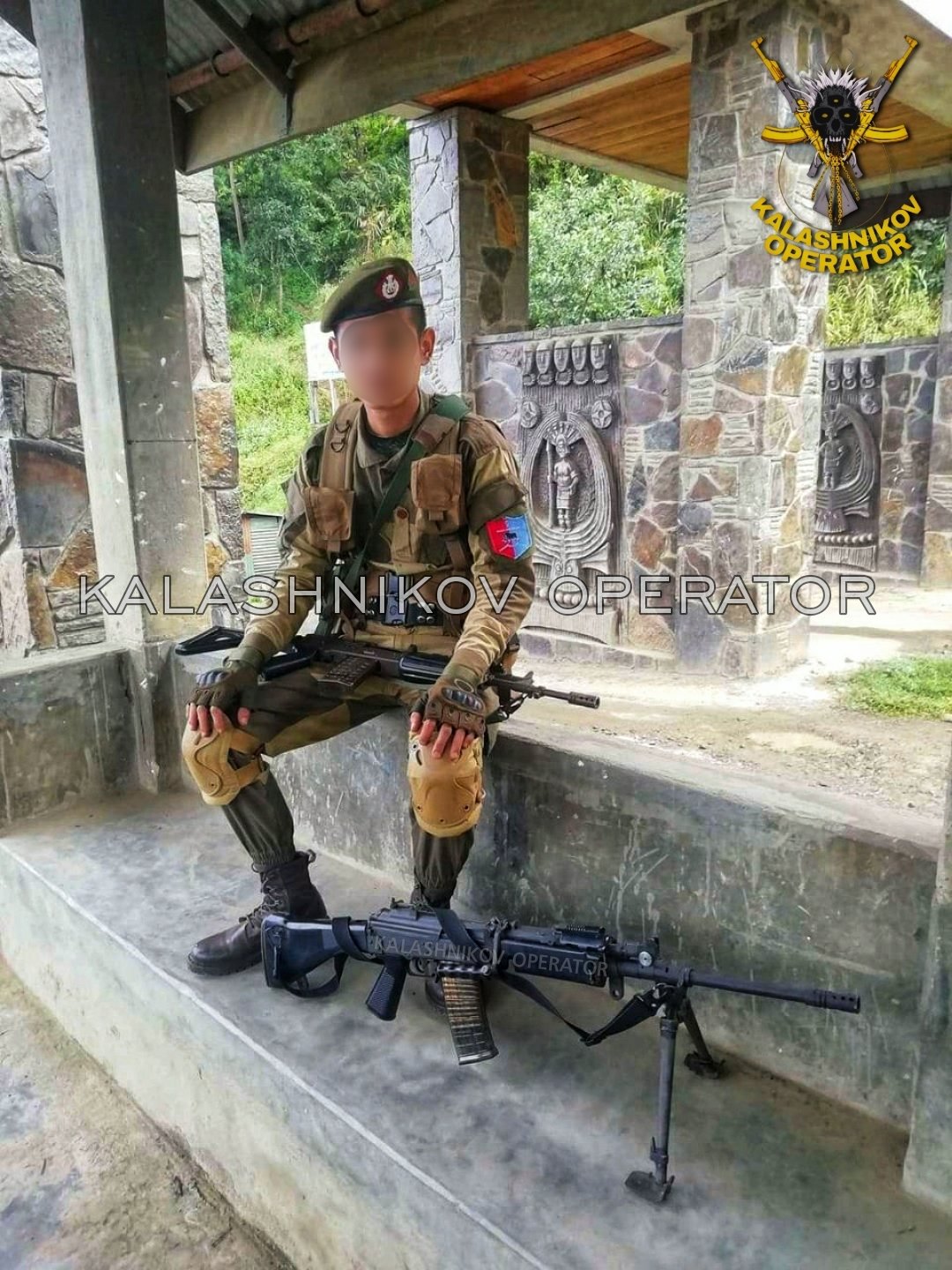 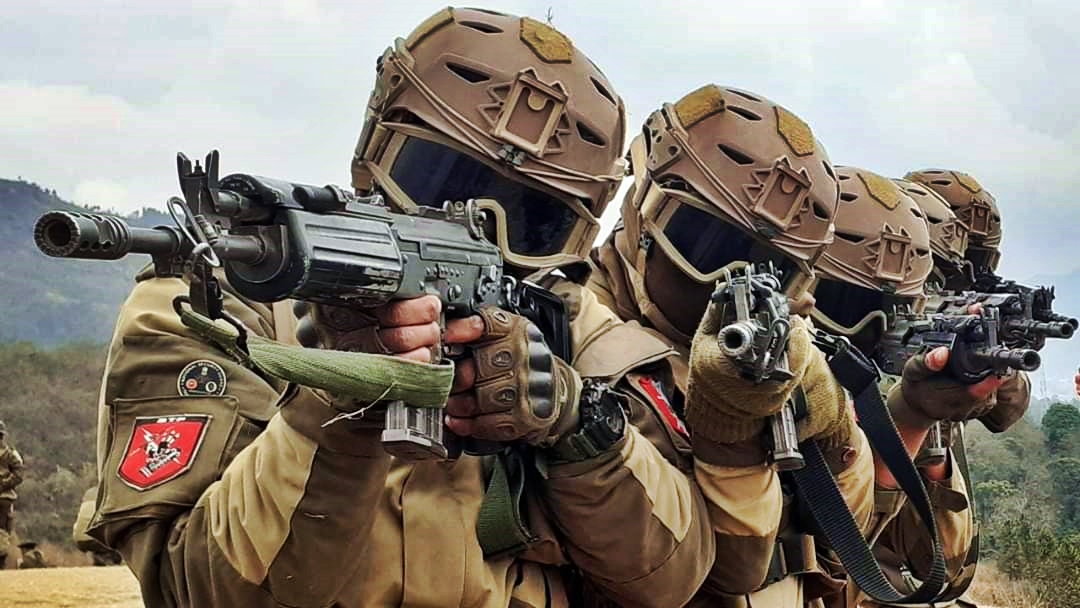 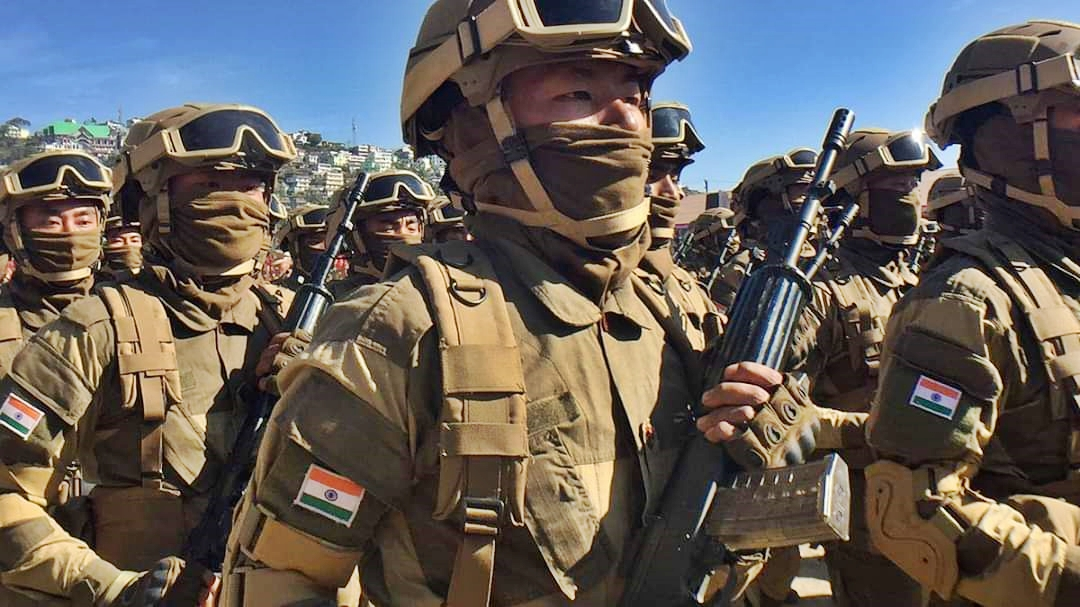