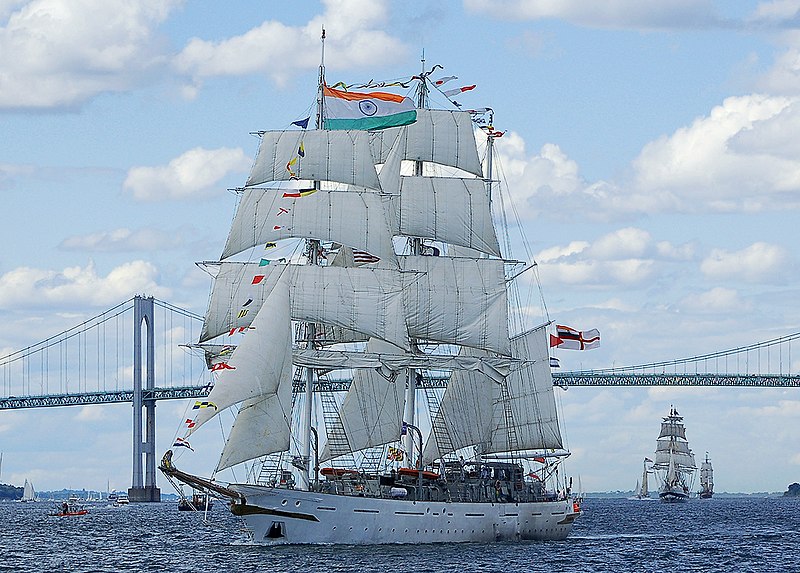 INS Tarangini is a tall ship of the Indian Navy, commissioned in 1997 as a sail training ship for naval cadets. Tarangini is a three-masted barque, square rigged on the fore and main masts and fore-and-aft rigged on the mizzen mast. She was constructed in Goa to a design by the British naval architect Colin Mudie, and launched on 1 December 1995.

INS Tarangini started its first circumnavigation of the globe in the year 2003-04 with the theme of 'Building Bridges of Friendship across the Oceans'.[1] During the fifteen month voyage, the ship covered 33,000 nautical miles (61,000 km) and visited 36 ports in 18 countries. The ship was received by the President Dr.APJ Abdul Kalam[2]

On 10 January 2007, INS Tarangini started for another overseas voyage of ten month duration named Lokayan 07. In all the Tarangini will be calling on 23 ports in 16 countries on this voyage. The ship departed Kochi on 10 January 2007 and transited through the Suez Canal to reach the Atlantic Coast of North America. The ship participated in a series of Tall Ship events such as The World Peace Cup, Maritime Festival of Charleston, Sail Virginia, Sail Rhode Island and Sail Boston and returned to port on October 2007 after covering 22,000 nautical miles (41,000 km).[3]
Click to expand...

It is supposed to be the only sail ship in the world commissioned in the Navy today. 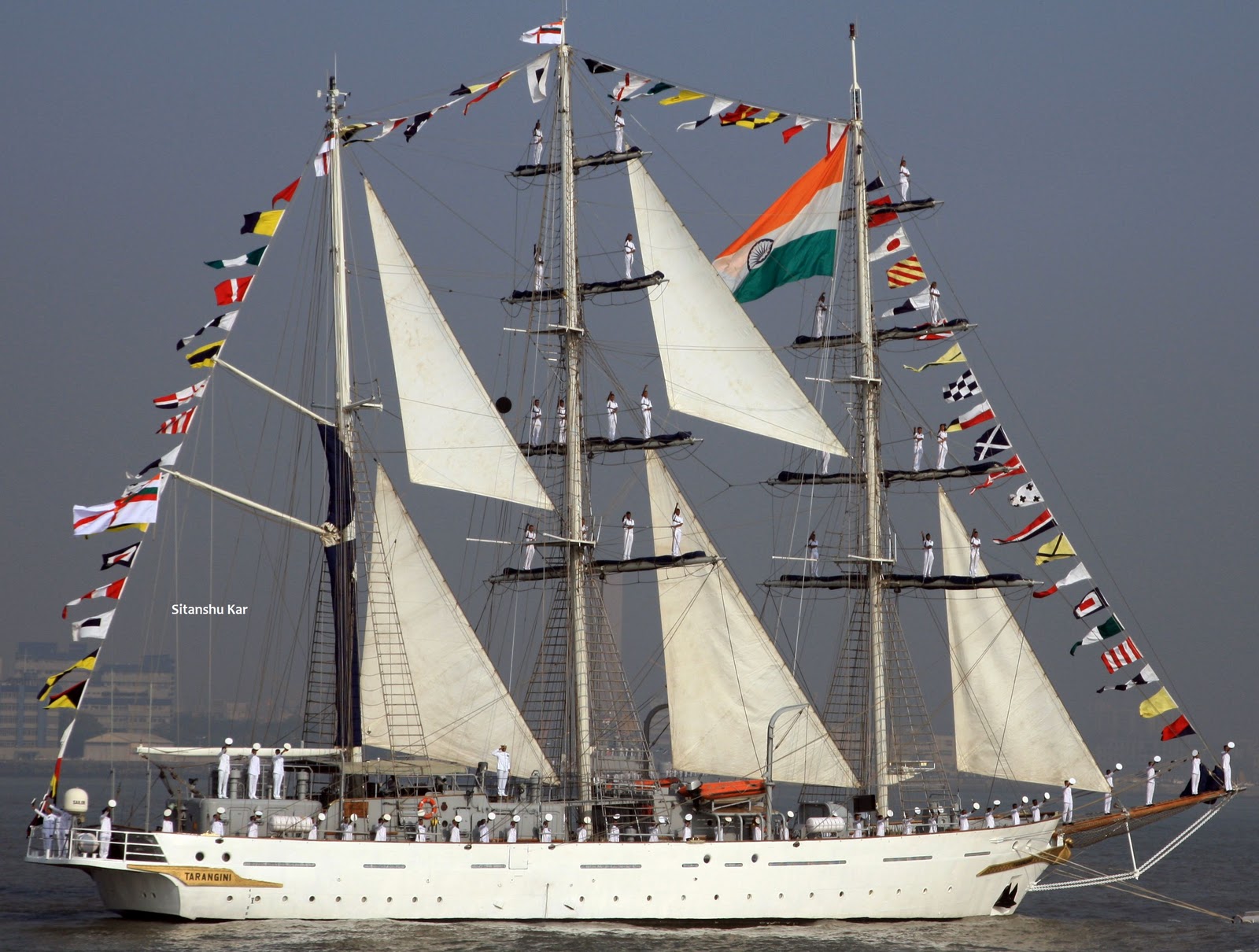 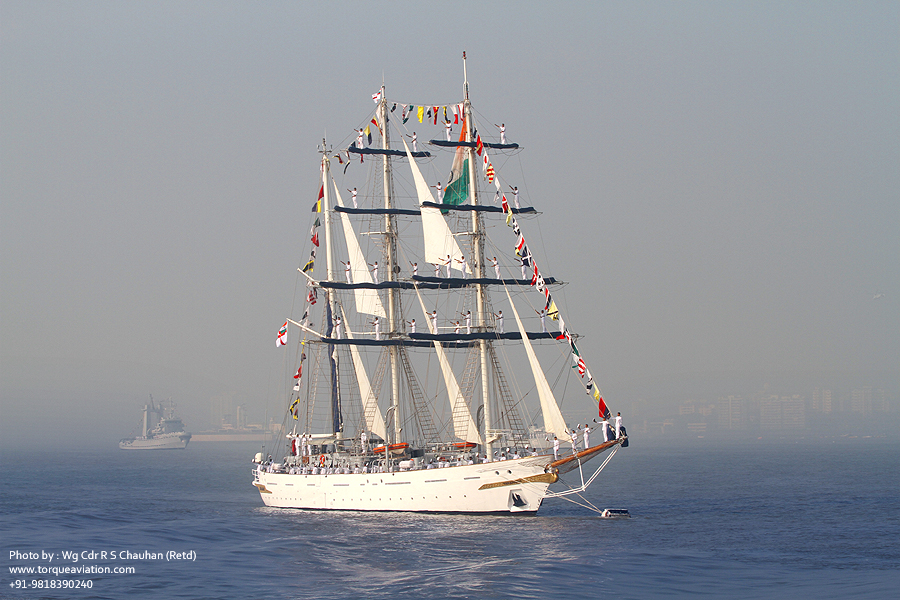 p2prada said:
It is supposed to be the only sail ship in the world commissioned in the Navy today.
Click to expand... 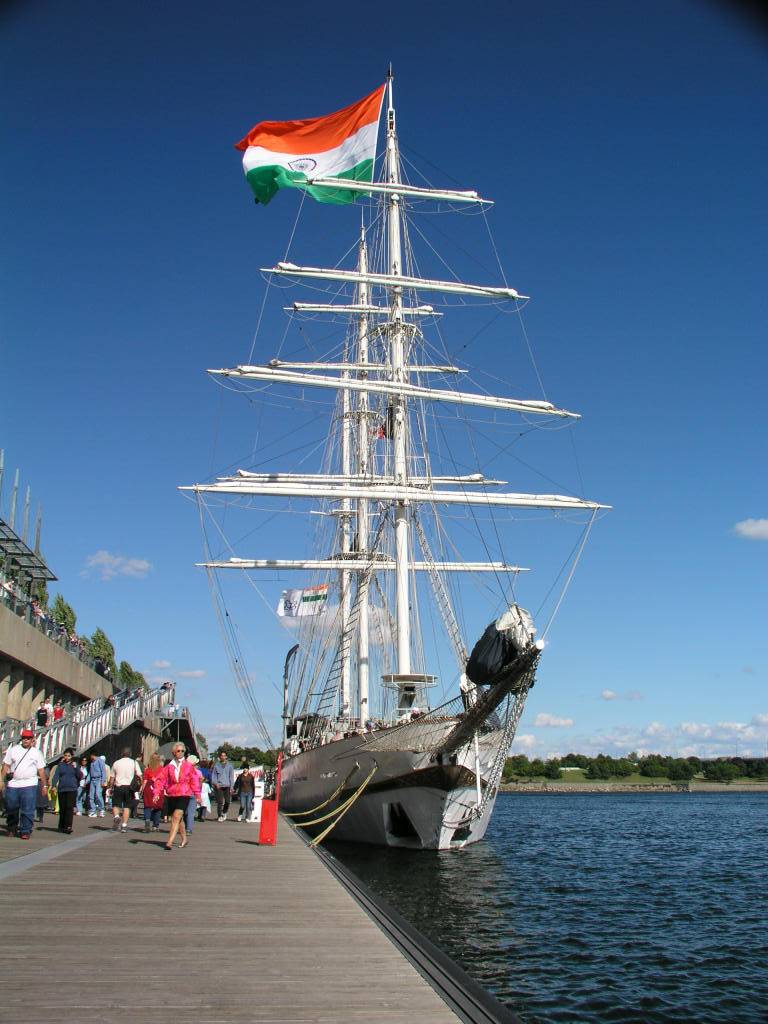 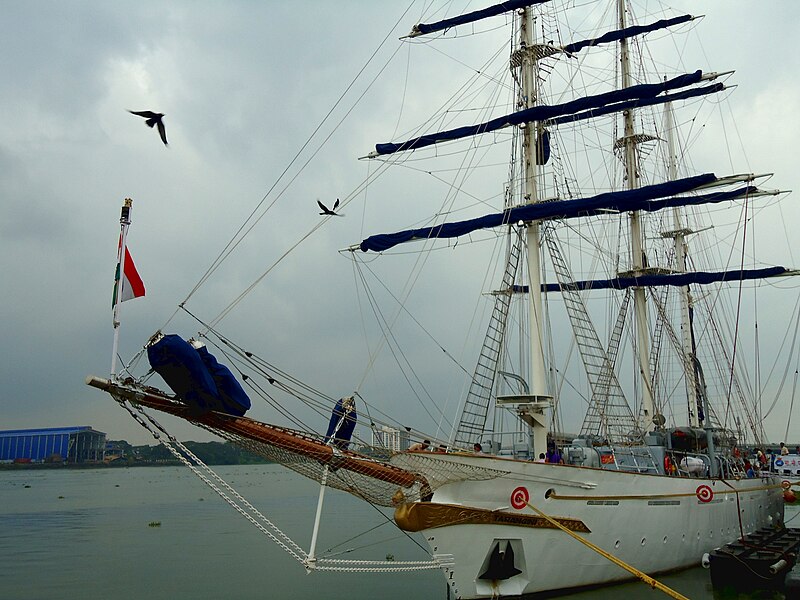 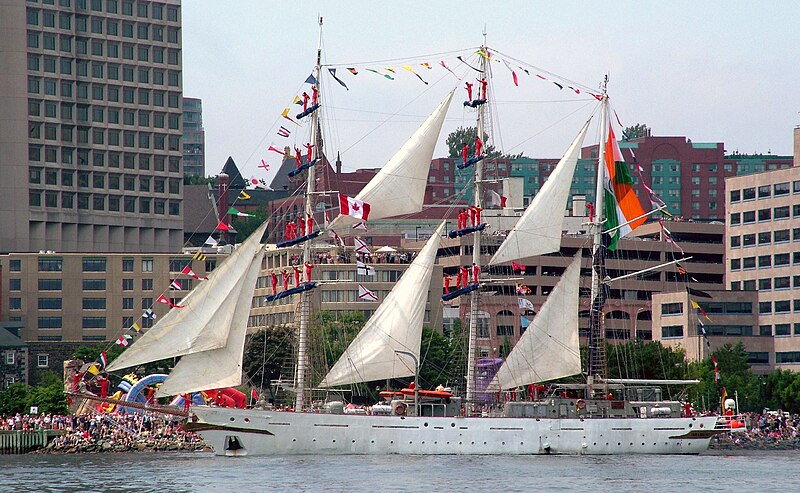 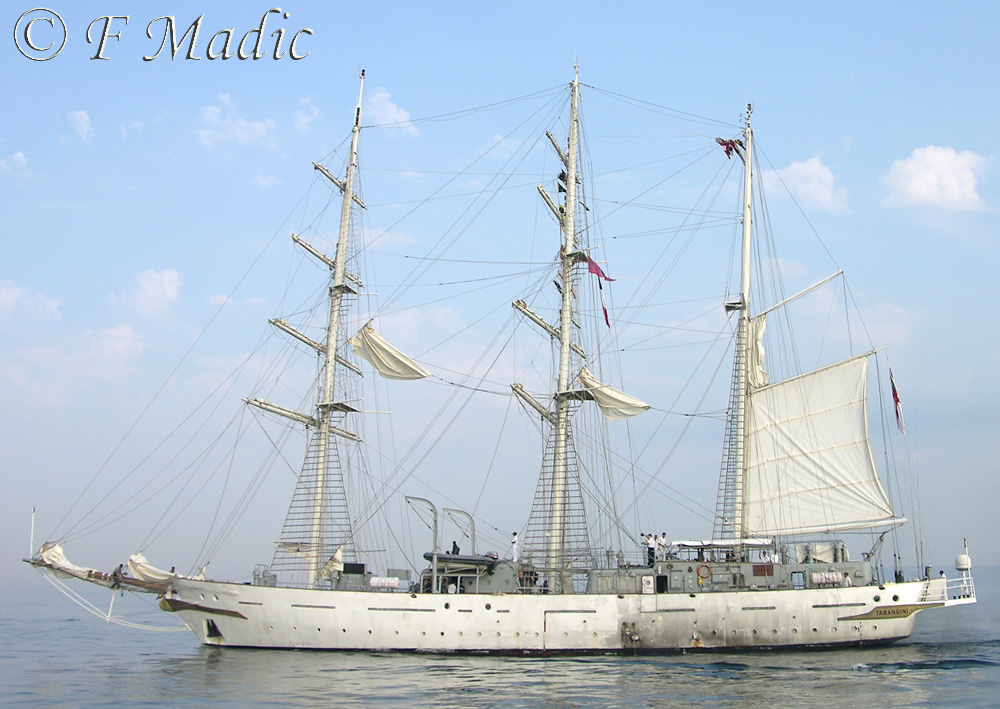 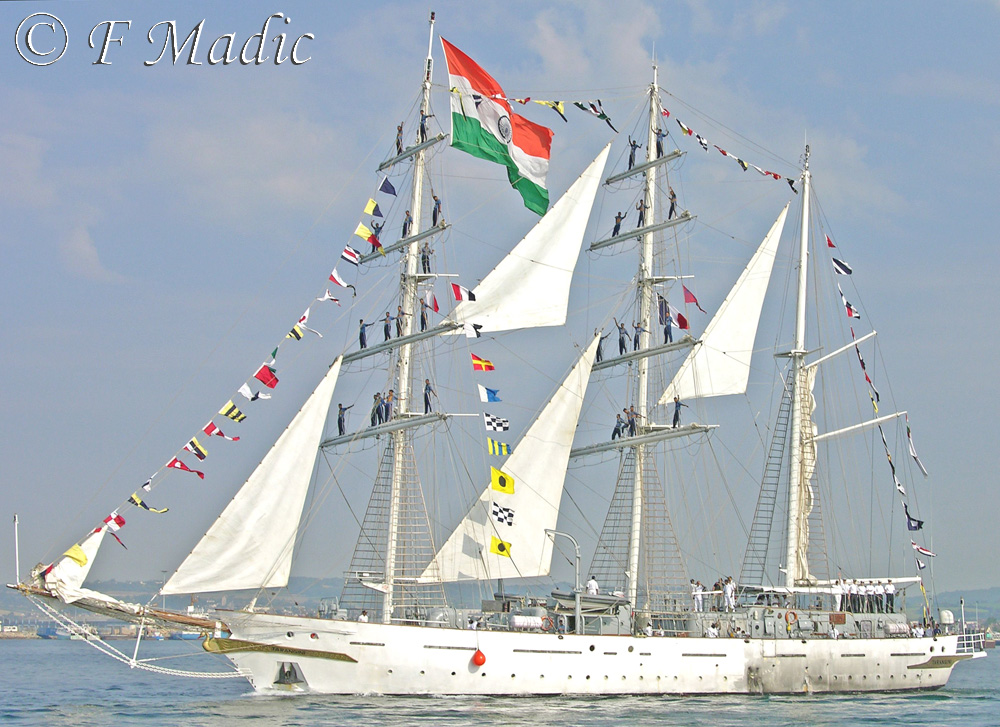 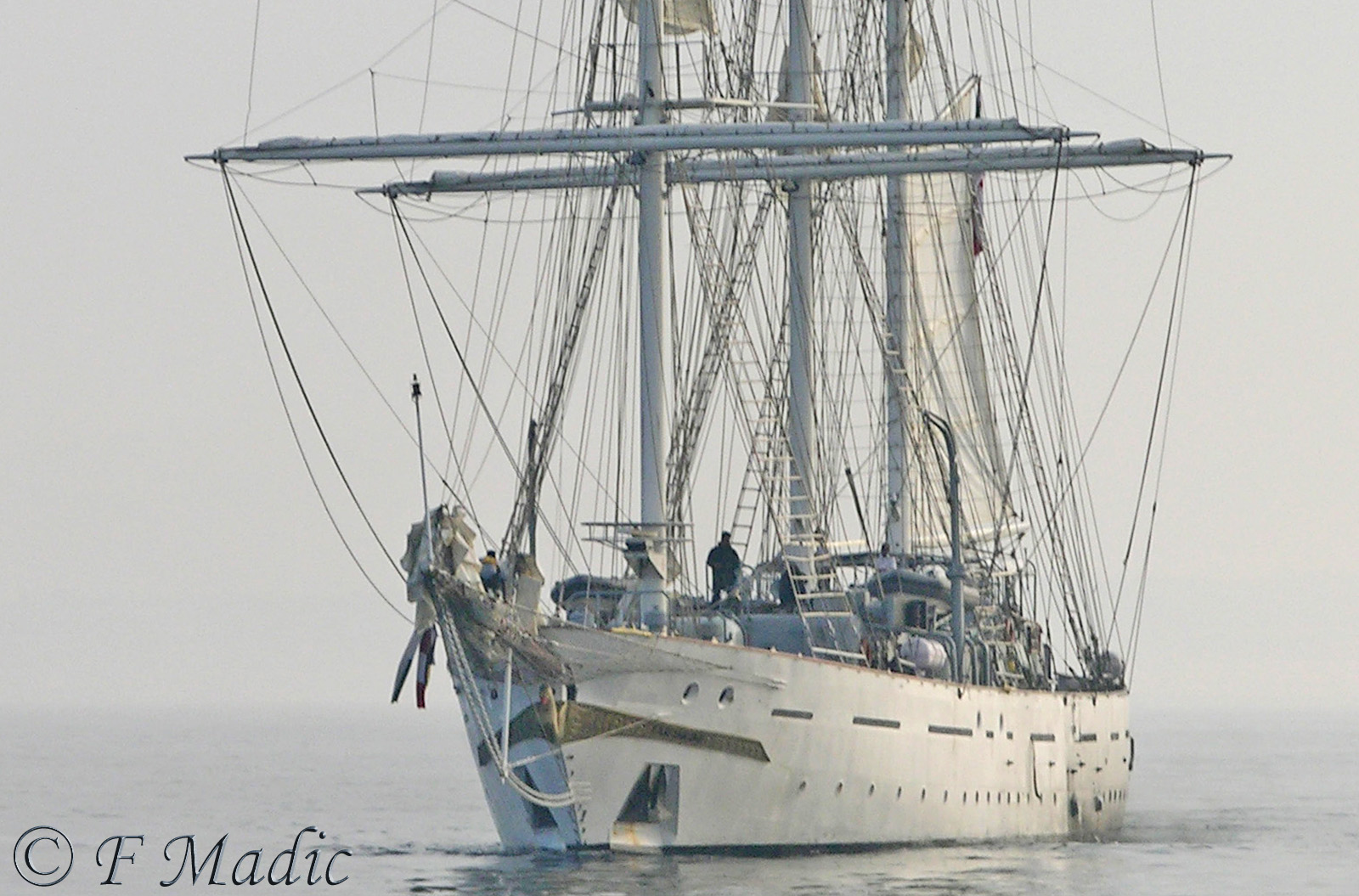 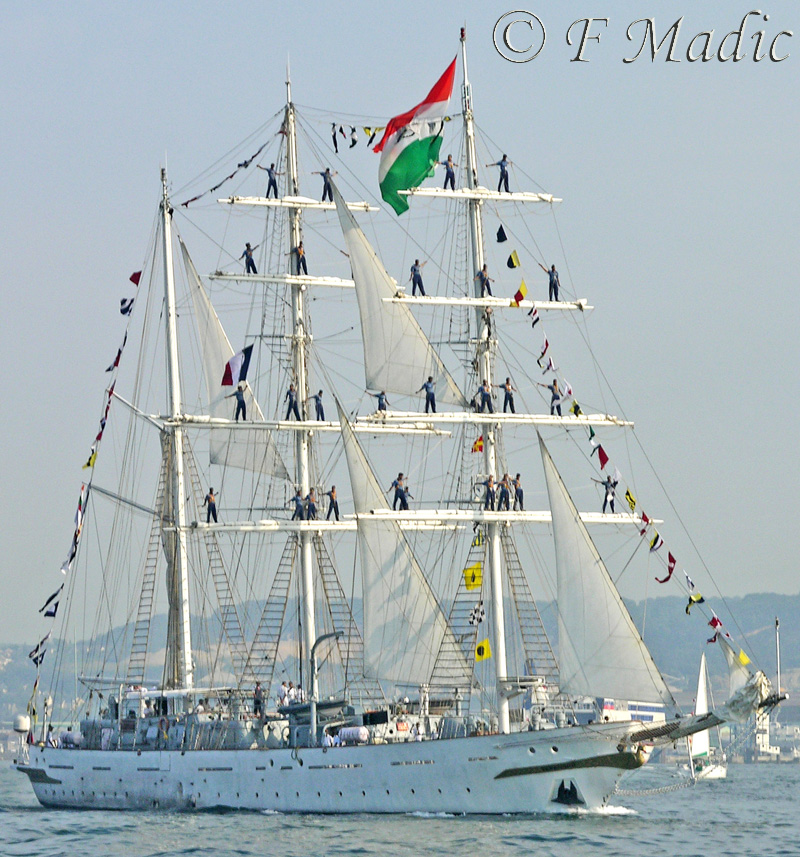 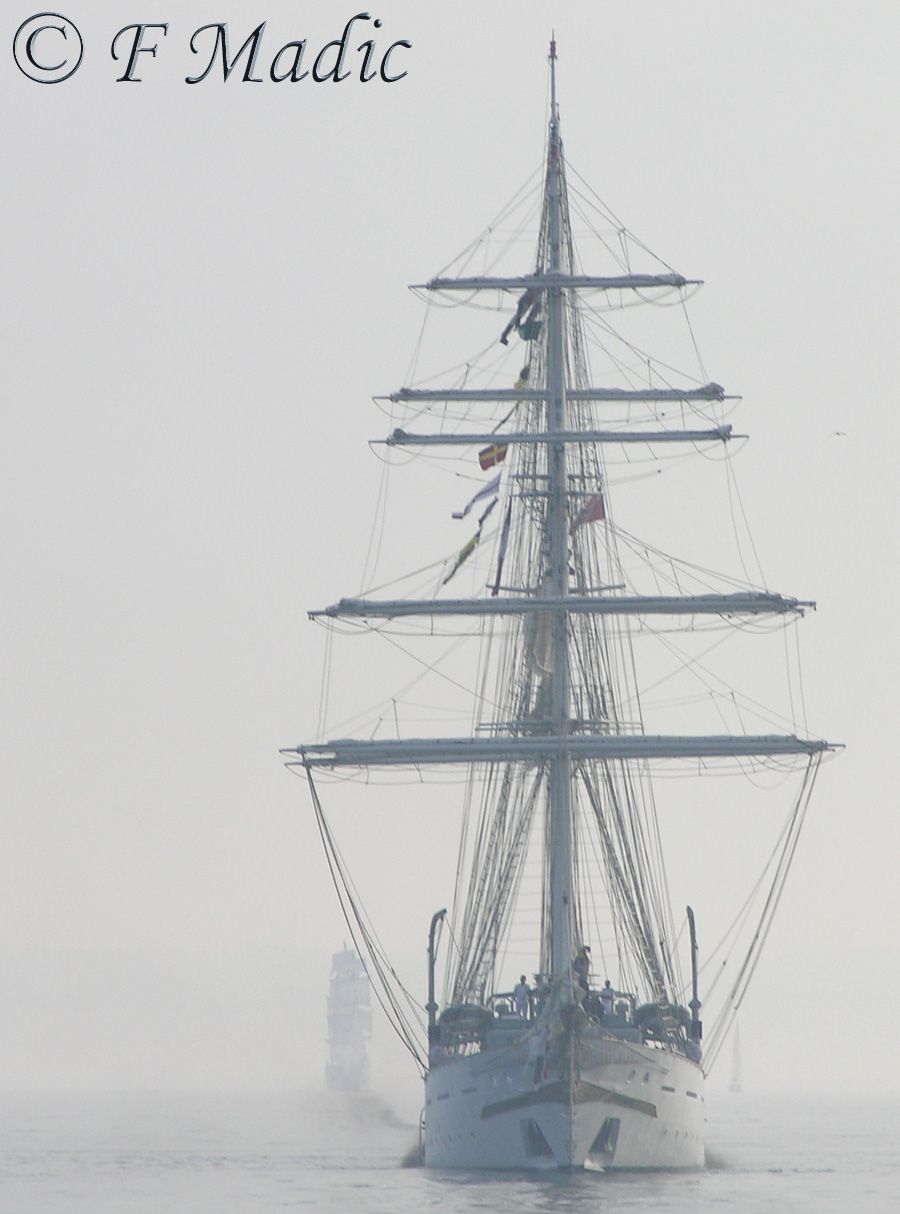 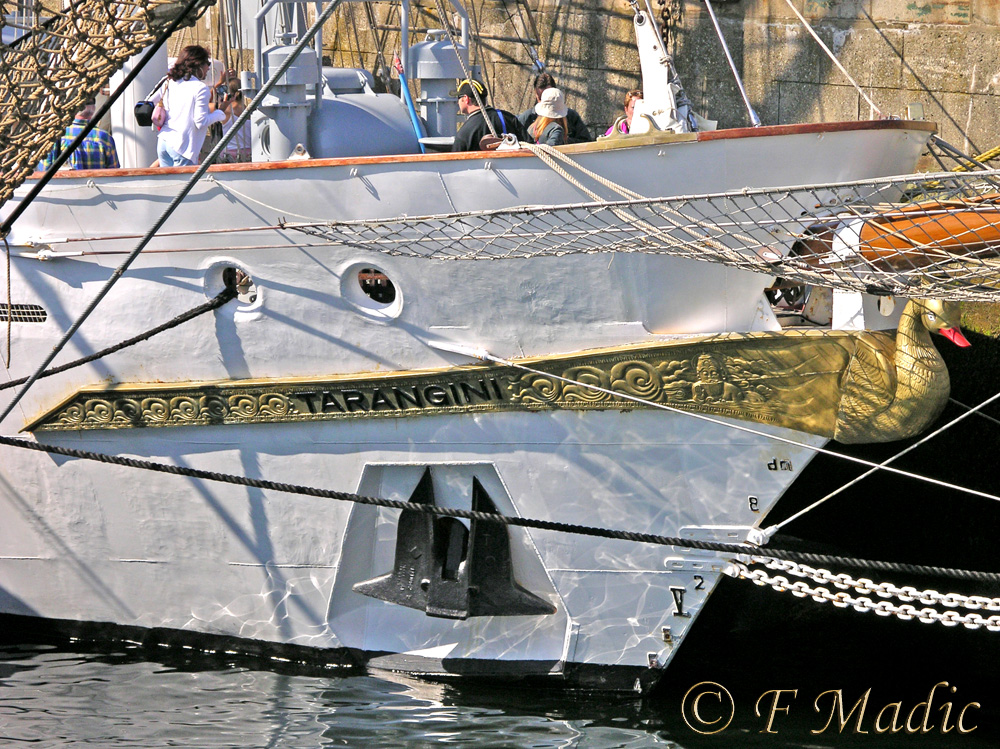 INS-SUDARSHINI
.
.
INS Sudarshini - Wikipedia, the free encyclopedia
.
.
INS Sudarshini is a sail training ship built by Goa Shipyard Limited for the Indian Navy. The ship is a follow on class of INS Tarangini which was commissioned in 1997.
"Sudarshini" means "beautiful lady Sundari" after the younger half-sister of Buddha.[1] The ship has been designed by Colin Mudie, a naval architect and yacht designer from the United Kingdom.
Sudarshini's hull was launched on 25 January 2011 on the West Coast of India at the port town of Vasco da Gama, Goa, and by then the major portion of work had been completed. She will be commissioned and handed over to the Indian Navy soon.
Sudarshini is a steel, three- masted sailing ship with a barque rig. Her 18 sails have a total area of approximately 1,035 square metres (11,140 sq ft). Capable of operations under sail or power, and with a complement of 60 personnel, she can remain at sea for at least 20 days at a time. Built for worldwide operations, she will be used as a basic seamanship and character building platform.
.
.
Indian Navy sailing ship INS Sudarshini hits water | Frontier India - News, Analysis, Opinion
.
Indian Navy has named its new sailing ship as INS Sudarshini on commissioning at a later date.
The ship is a follow on class of INS Tarangini, Sudarshini means
"Beautiful Lady." Smt Letha Sushil, her self a sudarshini, spouse of Vice Admiral KN Sushil, Flag Officer Commanding in Chief Southern Naval Command launched Navy's next sail training ship at Goa Shipyard
today. INS Tarangani, named after waves is a three-masted Barque in sailing parlance i.e. square rigged on the Fore and Main masts and fore and aft rigged on
Mizzen mast. The ship has been
designed by Mr. Colin Muddie, a
famous Naval Architect and
yacht designer of U.K. and built
by Goa Shipyard Ltd. Reputed firms from U.K have supplied
the sailing rig. INS Tarangini was commissioned on 11 Nov 1997, and is primarily meant for the sail training of cadets. She also conducts sail training capsules for cadets of the National Defence Academy, Naval Academy and INS Shivaji, the training establishment for technical cadets.
Last edited: Dec 28, 2011

p2prada said:
It is supposed to be the only sail ship in the world commissioned in the Navy today.
Click to expand...

We always use INS Tarangini for goodwill visits!! 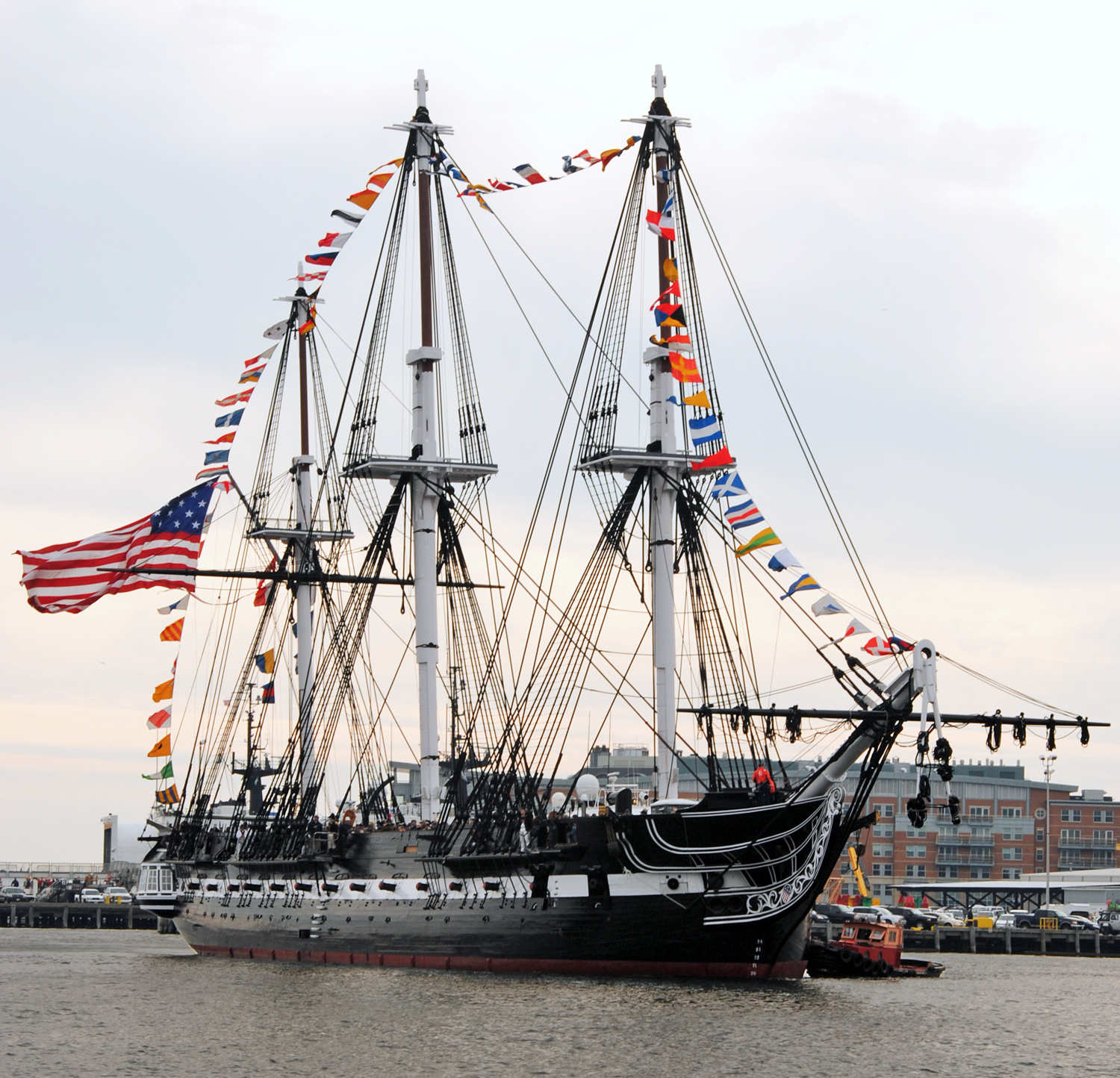 Antony to Flag Off INS Sudarshini on Saturday INS Sudarshini to Set Sail on an Historic Odyssey
INS Sudarshini, the sail training ship of Indian Navy will set sail from Kochi on an historical mission to celebrate India's warm ties with ASEAN countries. The Defence Minister Shri AK Antony will flag off the six month voyage- a unique collaborative venture of Ministry of Defence and Ministry of External Affairs- from the Naval Base at Kochi on Saturday.

During the course of the expedition, INS Sudarshini will visit 13 ports in 9 countries in South East Asia. The voyage commemorates 20 years of dialogue
partnership and 10 years of summit level partnership with countries of ASEAN.

INS Sudarshini, a three masted barque, is part of the First Training squadron of the Southern Naval Command and is commanded by Commander N Shyamsunder. She has a crew of 31 in addition to 30 cadets who will learn the ropes of life at sea during the voyage. The ship will visit the ports of Padang, Bali, Manado (Indonesia), Port Muara (Brunei),Cebu, Manila (Philippines), Da Nang (Vietnam), Sihanoukville (Cambodia), Bangkok (Thailand), Singapore, Port Klang,(Malaysia) Phuket (Thailand), and Sittwe (Myanmar). Various events – cultural and business- are scheduled at these Ports in addition to people to people interactions. International trainees are also expected to be embarked on board in different legs of the voyage from countries of ASEAN to strengthen Navy to Navy ties. The ship will return to Kochi on 29 March 2013.