INS Tarangini gets a sister sailship: the INS Sudarshini

The Indian Navy's press release on the commissioning of INS Sudarshini is pasted below:

INS Sudarshini a three masted barque (sail ship) and the second sail training ship of the Indian Navy was commissioned by Vice Admiral KN Sushil, Flag Officer Commanding in Chief Southern Naval Command at Naval Base today. INS Sudarshini is a follow on class of INS Tarangini which joined Southern Naval Command in 1997. The ship commanded by Commander P K Boyiri Varma is built by Goa Shipyard Limited and is designed by the British Naval Architect Mr Colin Mudie. INS Sudarshini with an overall length of 54 m, has 20 sails, 7.5 kms of rope and 1.5 kms of steel wire rope. She can sail for up to 20 days with its complement of 05 officers, 31 sailors with 30 cadets embarked for training. INS Sudarshini will join the First Training Squadron based at Southern Naval Command at Kochi. Interestingly, the ship was launched by Smt Letha Sushil, the spouse of Vice Admiral Sushil at Goa Shipyard on 25th January 2011.

Sail Training Ships are crucibles for future Naval Officers for training in seamanship, navigation, ship handling, and braving the elements. The inclusion of a second sail training ship will ensure the availability of either of the ships for training of cadets on a continuous basis. INS Sudarshini is expected to undertake a historic ASEAN voyage in September this year. The voyage, which would cement the historic ties of India with the countries of ASEAN region, will touch 18 ports in 8 countries and will conclude in April 2013. Southern Naval Command eschewed the traditional grandeur befitting a commissioning ceremony today, in view of the passing away of the Governor of Kerala. The ship will proceed on its first mission later today. 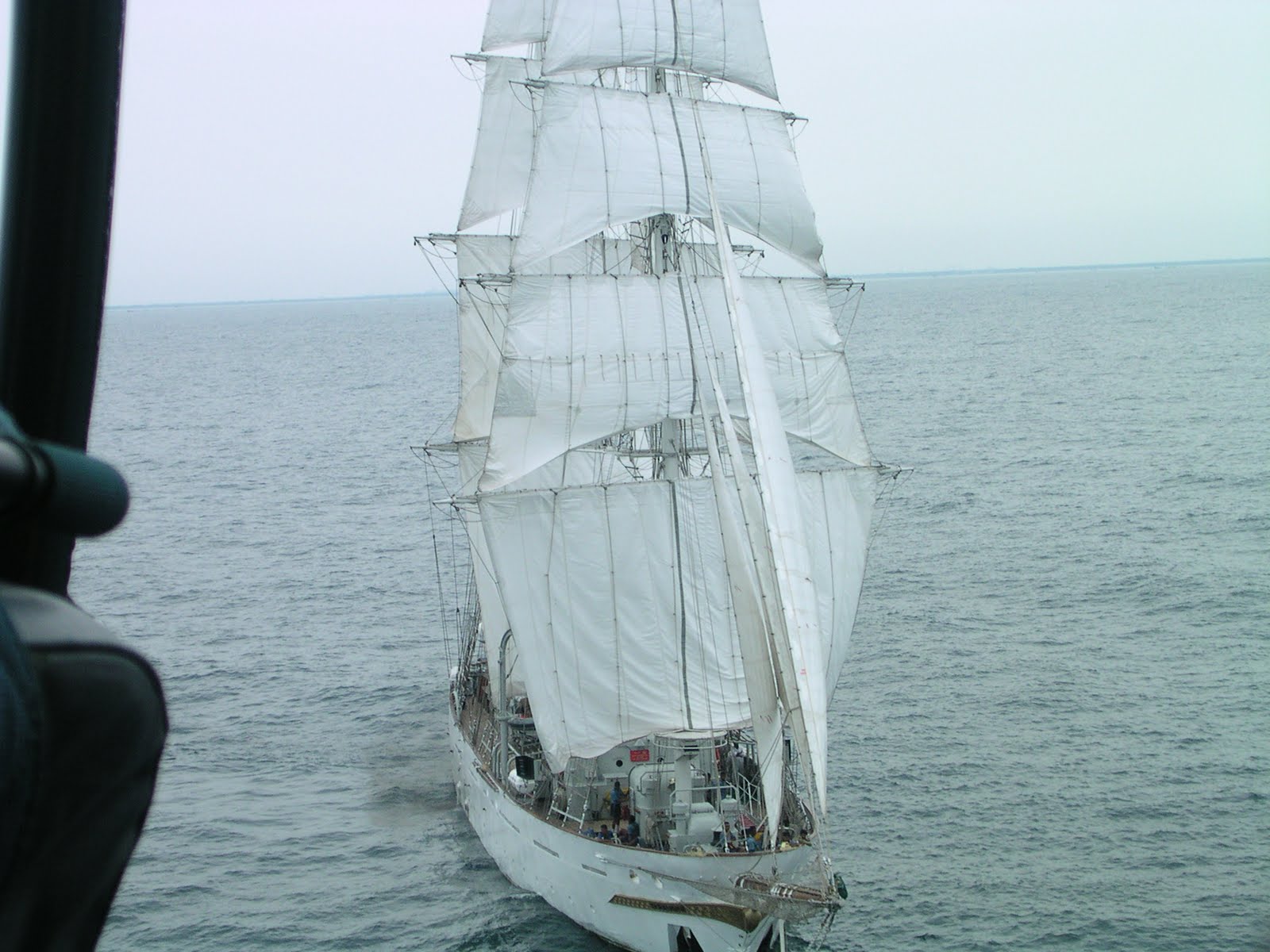 The naval ensign flutters on board INS Sudarshini, a sail training ship, which was commissioned into the Navy by Vice-Admiral K.N. Sushil, Flag Officer Commanding-in-Chief of the Southern Naval Command, at the Naval Base in Kochi on Friday. Photo: Special Arrangement 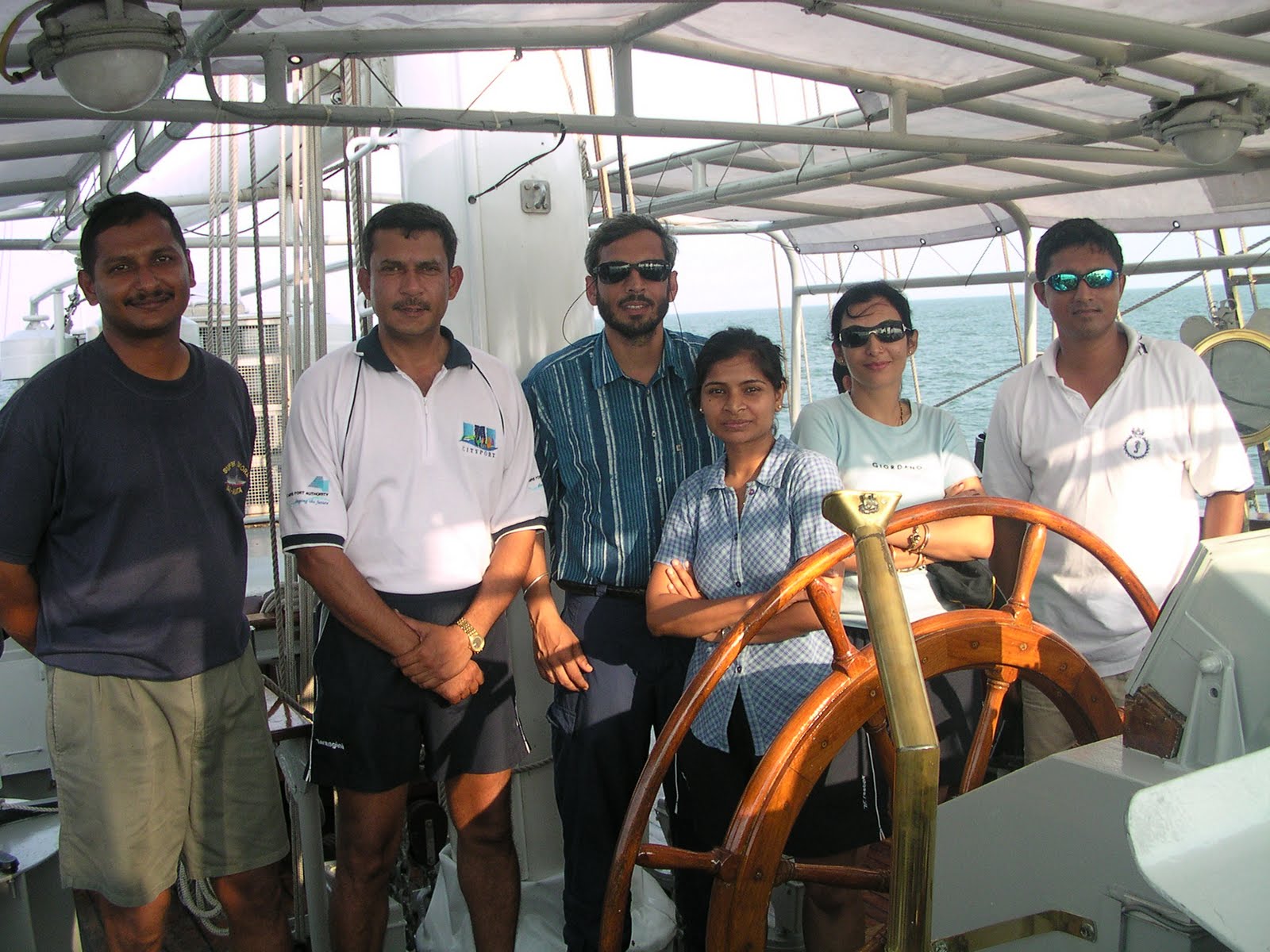 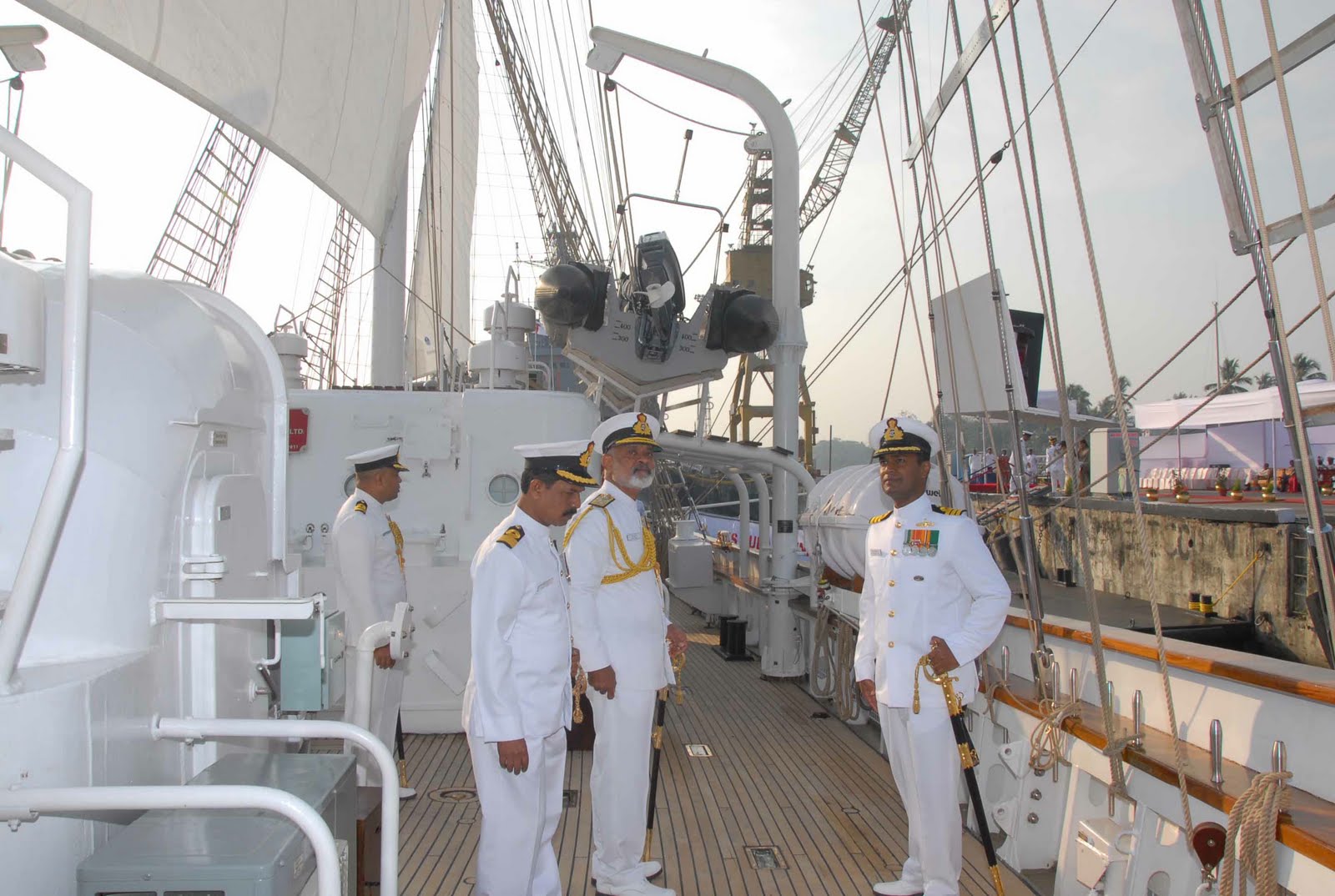 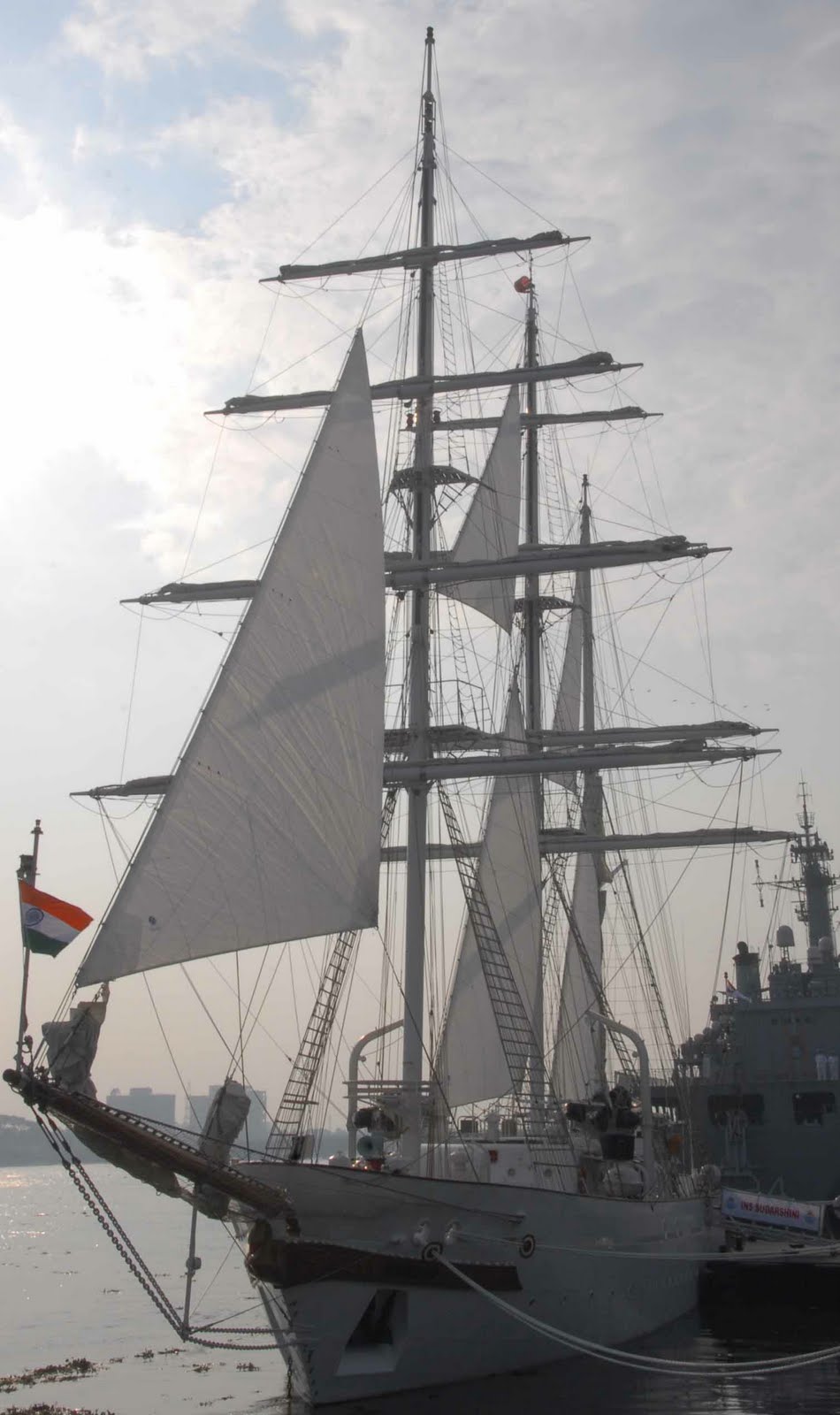 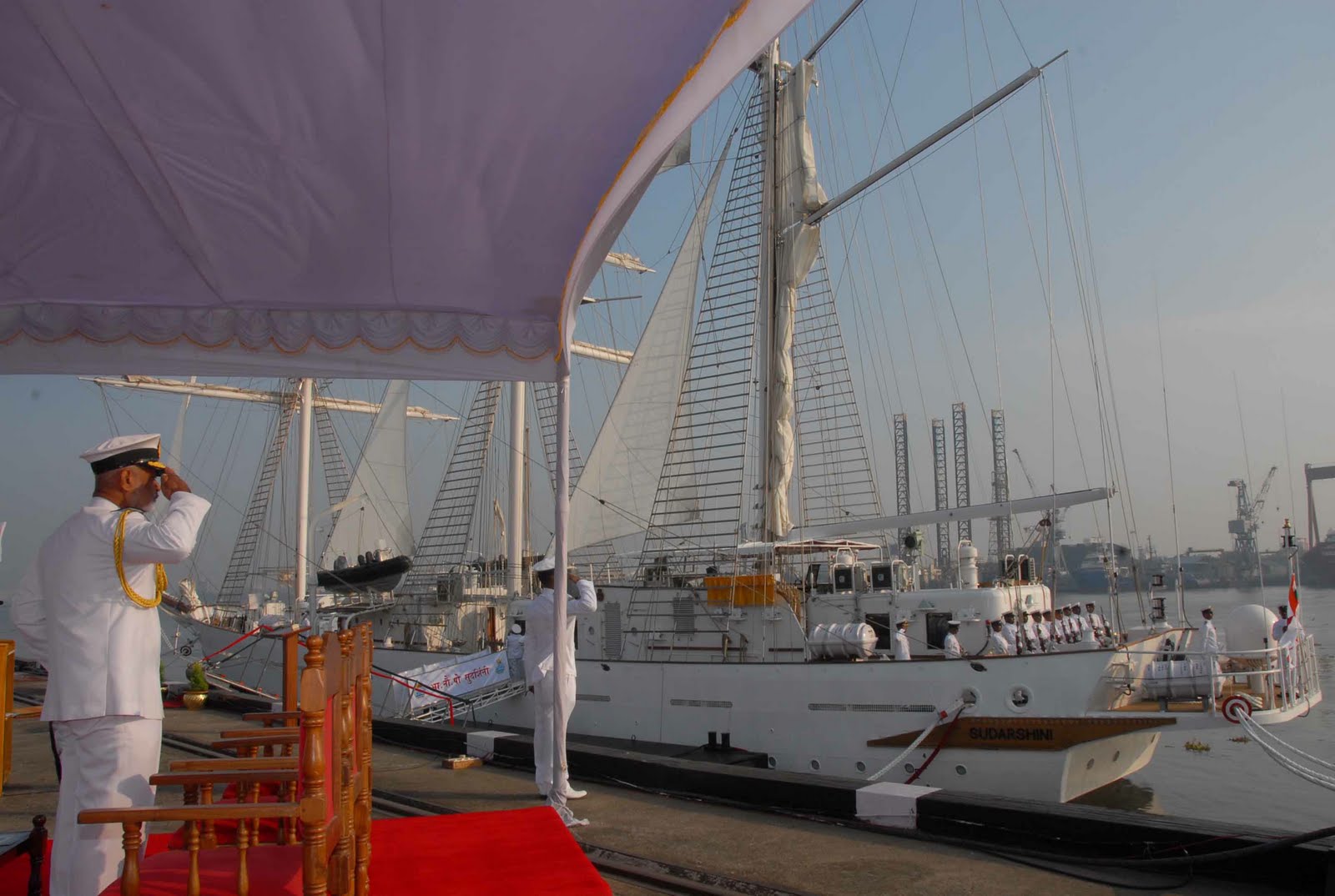 If INS Sudarshini comes to New York Harbor for OpSail 2012, I will be able to see her.
You must log in or register to reply here.
Similar threads
INS Tarangini
Eye On China: India To Deliver Kilo Class Submarine Ins Sindhuvir To Myanmar Navy
Russia says fake news about US naval team visiting INS Chakra N-Sub was planted by French lobby
Indian Navy finally Got Go head From US Govt for Deploying Emals and AAG on INS Vishal
Share:
Facebook Twitter Reddit WhatsApp Link