Trade between Ukraine and India in 2017 grew by 18.8%, reaching $2.8 billion, Indian Ambassador to Ukraine Mr. Manoj Kumar Bharti said at a press conference at Interfax-Ukraine on Tuesday. “Here two important moments should be pointed out. India became the fifth country in the volume of the export from Ukraine abroad. In addition, India is the second country with which Ukraine has the surplus in trade. Only Ukraine and Egypt have bigger surplus in trade – $1.75 billion, while between Ukraine and India it is $1.65 billion,” he said.
The ambassador said that these indicators fuel confidence that the growth of trade turnover in 2018-2019 could be 20% and 25%, respectively.
Commenting on trade relations between the countries, he said that India was the first country in terms of export of Ukrainian sunflower oil. Last year India exported $2 billion worth of oil. In addition, in 2017, for the first time, a lot of beans were exported from Ukraine to India.
“Another very important factor is that the largest share of the total number of foreign students in Ukraine last year was made up of Indian students, a figure we reached for the first time in 15 years,” the Indian diplomat said.
So, according to him, today more than 10,800 Indian students are studying in Ukraine, which is 80% more than in 2015.
“I am pleased to say that in almost two years we have increased the number of Indian students from 6,000 to almost 11,000. Taking into account the fact that each Indian student spends about $5,000 a year for education, living and personal expenses, Ukraine already earns $55 million only through the provision of education to Indian students,” he said.
The ambassador said that India plans to increase the number of its citizens studying in Ukrainian universities to 40,000 in the coming years, which in turn will give Ukraine about $200 million a year.
He also said that the inclusion of India in the list of countries, which citizens receive the Ukrainian visa upon their arrival to the airport, had a positive impact on the tourist flow. The number of Indian citizens, who visited Ukraine last year, increased more than 50%, to 29,400 people.

India was the biggest market for Ukrainian agriculture products in the first 10 month of 2017, importing 11.3 per cent of exports in cash terms, Ukraine's Agriculture Ministry said on Tuesday.

Ukrainian agriculture exports were worth $14.7 billion in the 10 months to October, about 23 per cent more than in the same period last year, the ministry said in a statement.

Egypt was the second-largest importer, with a 7.5 per cent share, and the Netherlands was the third, with 6.9 percent.

Ukraine is among the world's biggest exporters of sunflower oil, maize and wheat. 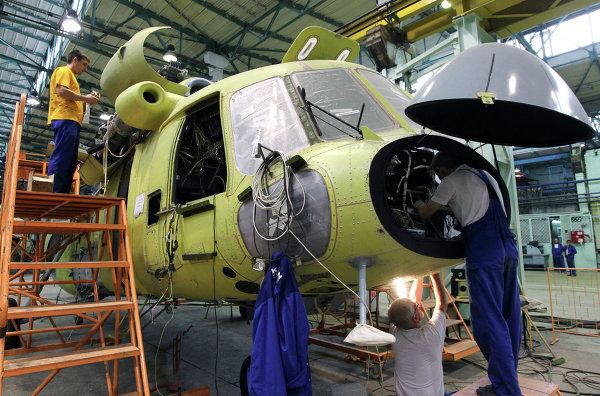 Defence Expo 2018: India and Ukraine have expanded their bilateral military and technical cooperation by signing contracts worth Rs 130 crore. The contracts were signed at the 10th edition of India’s international defence expo that is being held in Chennai. It was reported that Ukroboronprom, a state-owned defence enterprise of Ukraine signed the contract with Bharat Electronics Limited worth Rs 120 crore in the first two days of the exhibition.

A statement from Ukroboronprom read that the agreement between Ukraine based defence firm and BEL will work on projects to develop modernised components for armoured vehicles. The two companies will also focus on creating modernised radar and air defence systems. There would also be joint research on engineering development in sonar and radar devices, the statement added. The contract will be specifically between BEL and Spetstecnoexport, a subsidiary of the state-owned Ukroboronprom, Ukraine defence company.

Hindustan Aeronautics Limited (HAL) also signed an MoU with Motorsich JSC and Ivchenko Progress SE, Ukraine based defence firms that design and develop aero engines for defence and civilian purposes. HAL will be working closely with Motorsich for the development of PV-117 MT engine. The modernisation of PV-117 MT engine will power the Mi-7 copters. The two companies will also be working on the AL-20D engine that will be used in cargo and transport aircraft. HAL is already is in a process of designing and developing medium thrust and shaft engines. “We have signed the MoU to further strengthen its existing indigenous engines”, said T Suvarna Raju, Chairman, MD, HAL at the event.

The agreements between Ukraine defence firms and HAL and BEL will also boost the ambitious Make In India campaign. With the development of PV-117 MT engine, the Soviet-designed Mil Mi copters will be further modernised in its operations, cruise speed, range and armament capacity. 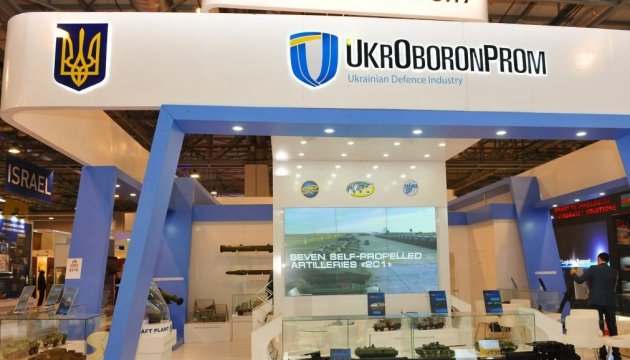 India interested in technical and military cooperation with Ukraine – Ukroboronprom
13.04.2018 13:43
453
India is interested in the strategic cooperation with Ukraine in the military and technical sector.
This issue was discussed at a meeting of First Deputy Secretary of the National Security and Defense Council of Ukraine Oleh Hladkovskyi with Defense Ministry of India Nirmala Sitharaman during the DefExpo-2018 on April 12, 2018, the press service of the State Enterprise Ukroboronprom reports.

“The Defense Minister confirmed her country's interest in strategic cooperation with the Ukrainian military-industrial complex. Ms. Sitharaman noted that she was familiar with the process of integrating innovations and capabilities of the Ukrainian defense industry under the program Make in India," reads the report.

In turn, Hladkovskyi said that Ukraine considers India as a strategic partner in the military and technical cooperation.

"We are interested in bilateral large-scale long-term projects, transfer of technologies, creation of joint ventures in all directions of the military and technical cooperation," said the Deputy Secretary of the National Security and Defense Council.