India and Serbia have enjoyed warm and historical relations as co-founders of the Non-Aligned Movement. The relations deepened over the years with regular high level visits till the end of 1980s. Once a vibrant relationship, the ties became muted after the collapse of former Yugoslavia, the imposition of UN Sanctions and NATO bombing. The Visits resumed in last decade, but the frequency was markedly reduced with no exchange of HOG/HOS level visit for more than 25 years. Serbia, however, remains a pro-India country.

The bilateral relationship was energized with the visit of Smt. Preneet Kaur, formerly Hon’ble Minister of State for External Affairs in November 2013 when the Serbian establishment signalled its intention to reconnect with its traditional ally. MOS(PK) held meetings with Serbian President, Prime Minister, First Dy. Prime Minister, Speaker of National Assembly, Foreign Minister and Minister of Economy. Both sides reiterated support to each other on core issues of Kosovo and expansion of the UN Security Council. Two Agreements: India-Serbia Agreement on Serbia’s Accession to WTO and the 99 year lease of Embassy Residence were signed during the visit.

The new governments of both Serbia and India rapidly established contacts after the respective national elections in March/May 2014; PM Narendra Modi and PM Aleksander Vucic of Serbia exchanged warm messages with the commitment to renew the historic friendship. In a gesture of goodwill, Government of India provided immediate financial relief assistance of USD 100,000 consequent to the catastrophic floods in Serbia in May 2014. Serbia expressed its condolences for the floods in J&K.

Serbia and India have a good track record of cooperation in multilateral fora in terms of mutual support and reciprocal arrangements for elections in multilateral bodies. Serbia supported India's candidature for non-permanent seat in the Security Council in 2011-12 and India has extended support to Serbia on the Kosovo issue whenever the matter came up at the United Nations. India supported candidature of Mr. Vuk Jeremik, former Serbian Foreign Minister, as President of UNGA in 2012-13 and Serbia’s candidature for ECOSOC for the term 2014-16. Serbia supported the Indian candidate for re-election to the International Law Commission (2012-16), for the elections in ICAO and for the position in the UN Board of Auditors. Serbia also supported India for the election to the Intergovernmental Committee for the Safeguarding of the Intangible Cultural heritage for the term 2014-2018, for the election to the Human Rights Council for 2015-17 and for the re-election to Council of the International Telecommunication Union (ITU) in Region E (Asia and Australia) for the term 2015-18.

Over the past few years, ITEC Programme has emerged as an important pillar of bilateral relations. The number of ITEC scholars from Serbia has increased to 35 per year. More than 100 Serbian ITEC-trainees have undergone training in India in various sectors like IT, communications, English language, SMEs, management, finance, textiles, rural development, environment etc.

The Serbian Defence industry led by state run company YugoImport SDPR and Sloboda arms factory participated in Defexpo in February 2014 in New Delhi followed by the visit of defence delegations from Serbia to India and vice versa to discuss bilateral defence cooperation including technology transfer, purchase of ammunition, servicing of aircraft engines, and for exploring prospects of joint defence production.

The Balkan wars of 1990s and the break-up of the SFRY resulted in the disruption of the trade and economic cooperation which was nearly US$ 500 million in the late 1980s. Bilateral Trade has been picking up slowly over the last couple of years reaching US$ 145.6 million in 2015. Main items of exports from India are pharma & chemical products, products of iron & steel, cotton yarn & textile fabrics, home furnishings and readymade garments, coffee, sesame seeds and food products, industrial machinery. Main items of export from Serbia are cigarettes/ tobacco, organic chemicals, industrial machinery, office machinery and plastic products.

Serbia is the epicentre of the Balkans and has positioned itself as the gateway to about one billion consumers of Europe and CIS due to its FTAs with Russia (only such country outside CIS to do so), EU, CEFTA, EFTA, Turkey, Kazakhstan & Belarus. Serbia is now expecting faster reforms, accelerated development and eventual accession to EU by 2020. Mission vigorously encourages Indian companies to trade with and invest in Serbia. Mission also actively participates in the commercial / business events in Serbia to bring awareness in Serbian Market of India's economic progress and showcase its advances in various sectors.

Bilateral Trade (in US$ Million)

(a) Trade Delegations from India:

Indian RITES delegation visits Serbia: A delegation of RITES Ltd led by Mr. S. K. Luthra, Executive Director visited Serbia from 7-9 April, 2015 to explore possibilities of cooperation with Serbian Railways in its developmental projects. The RITES delegation met with the Serbian Ministry of Construction, Infrastructure and Traffic, during which both sides discussed the possibilities of involving RITES in Serbian infrastructure and road projects. Presentations were also organized with Energoproject, Mostogradnja, ZGOP, Serbian Traffic Institute and PE Serbian Roads, for possible cooperation. The delegation made on-site visits to railway lines on Belgrade-Novi Sad-Subotica and Belgrade-Ruma-Sid routes. The delegation also visited the factory ZELVOZ in the city of Smederevo and another factory for production of rail vehicles in the city of Kraljevo. Meetings were also held with the municipal administrations of these two cities, which presented the rail developmental plans. The delegation also met with Mr. Predrag Kovacevic, in charge of PPP projects of the Belgrade City Council.

(b) Trade Delegations from Serbia:

Prominent Serbian Film Producer & Director Goran Paskaljevic completed in June 2015 the shooting of the first ever Indo-Serbian co-production film 'Dev Bhoomi' in the backdrop of Uttrakhand.

A 2-member technical team from the Serbian R&D Company Sentronis AD based in Nis visited India from 16-20 Nov at the invitation of Bhabha Atomic Research Centre (BARC) for installation and commissioning of 3D magnetic field mapping system purchased by BARC from Sentronis AD.

A delegation from Serbian defence major Yogoimport visited India from 24-26 Nov 2015 at the invitation of Bharat Dynamics Limited, Hyderabad in connection with refurbishment work of vintage KVADRAT missiles.

Serbia is a culturally vibrant country and Serbians value people to people contacts. There is a lot of interest in Indian culture and Indian TV serials like Ballika Badhu and Uttaran shown on local TV are very popular. Mission has been taking initiatives to enhance and deepen its activities both in the traditional fields of cultural promotions, but also exploring innovative ideas in expanding its outreach. With the Embassy’s initiative, an Indian Cultural Centre has been established harnessing energies of local India-centric organisations such as the Yoga federation of Serbia, Yoga Academy, Yoga TV etc. to take the cultural diplomacy to the next level. There is a tremendous interest in Yoga in Serbia with almost all streams of Yoga being taught and practiced. Mission with the assistance of MEA XP Division has part funded a book of Yoga in Serbian “Yoga - Mind and Body” by Serbian Professor Dusan Pajin.

Incredible India was promoted through Tourism Fairs, LED billboards / external bus branding, Tour Operators' Conference and visits of journalists. The period showed a 15% increase in the number of Serbian visitors to India including for tourism. Sporting links were strengthened with the visit of Grandmaster Pentala Harikrishna for Chess Simul. In a significant move, Serbia allowed visa-free entry upto 90 days for Indian (& other) passports holding Schengen/UK & USA visas.

There are no PIOs of note in Serbia.

Thanks for posting this. What's happening with relations with smaller countries is lost usually

Serb were one of the most advance in engineering industry at one at time before NATO decide to bomb the shit out of them for no reason what soever .
O

Is there a reason why we can't try to improve our relations with Eastern Europe or is it just not profitable? They would definitely support us on the kashmir issue. 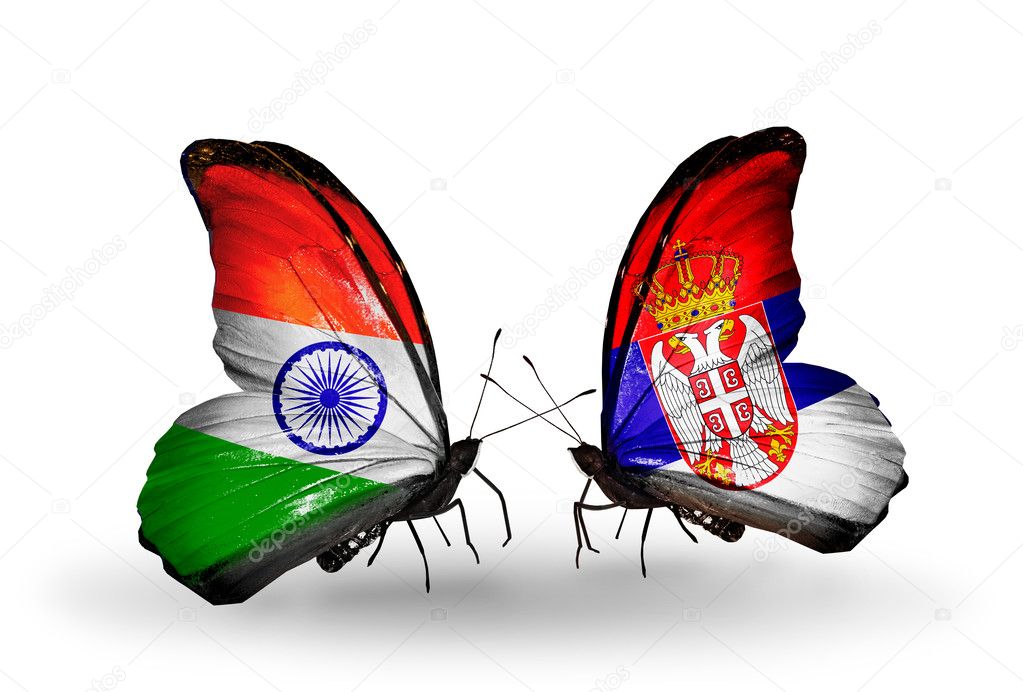 Last edited: May 8, 2016
You must log in or register to reply here.
Similar threads
US Military activities in Indo-Pacific General News and Updates
Indo European and ancestry tests
Why China’s New Refueler Y-20U Sends Ominous Signals To India & Others In The Indo-Pacific?
Potential Steps Of Escalation Ladder In Indo-China Confrontation
Share:
Facebook Twitter Reddit WhatsApp Link