I got the books a few months back, was not disappointed.

RAW toppled govts in Fiji and BD, took out Khali networks and assassinations in the UK and gave monetary and military support to Ahmed Shah Massoud in Afg. Would be interested in reading more such books.

What is Operation Ashes on Snow ?

Popeye said:
What is Operation Ashes on Snow ?
Click to expand...

Could you please post a link as to where you came upon those words?

From his office in Delhi, R.N. Kao strategised with Brig. Sujan Singh Uban of the SFF. The force had been placed under the direct command of the R&AW for missions precisely like the one Kao was now telling Uban to execute.


‘Uban, sabotage and harass them. Get into their heads. Destroy what you can. Bring back the Chittagong Hill Tracts.’

While R&AW and the Indian Army strategised their moves in India, Yahya Khan seemed to be whiling away his time in Karachi. It was reported that Khan was making the legendary Pakistani singer Noor Jehan sing for him on long-distance phone calls from Japan. As she crooned beautiful songs to the president, Yahya Khan would interrupt to shower praises on her. A war had broken out, but Yahya Khan had chosen to cocoon himself in the company of women and wine rather than lead his men in the war that he had begun. 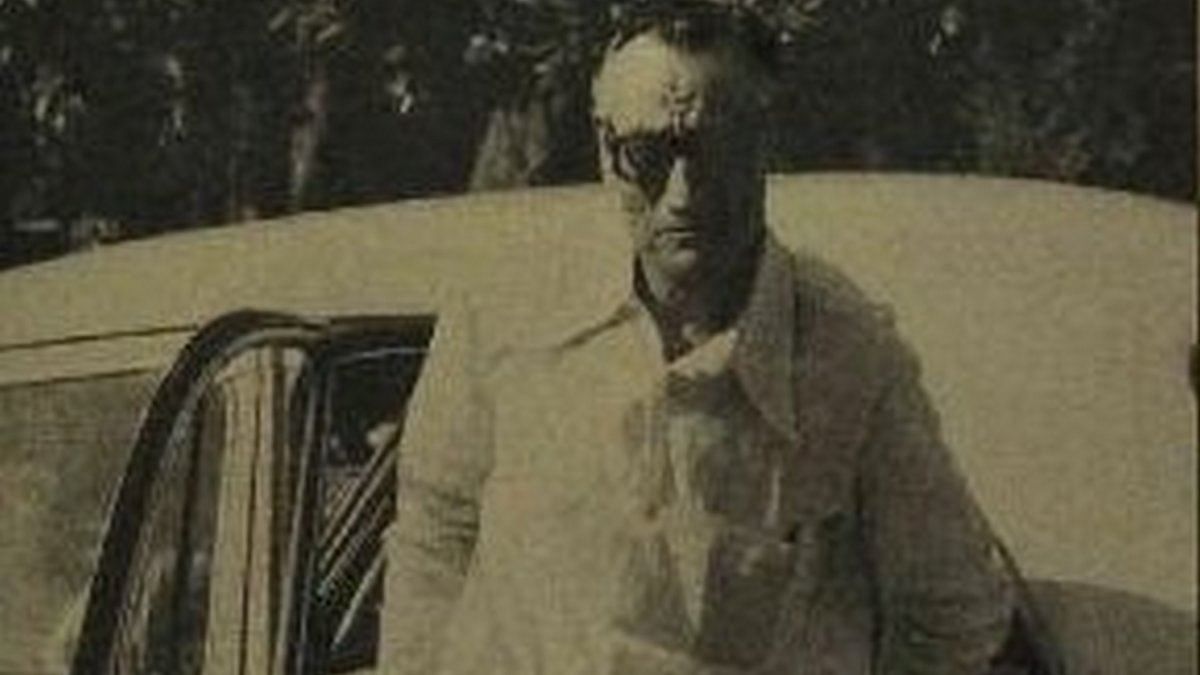 In ‘The War That Made R&AW’, Anusha Nandakumar and Sandeep Saket write that with the 1971 Bangladesh Liberation War, spymaster R.N. Kao put India’s RAW on the world intelligence map.

The ghosts of RAW 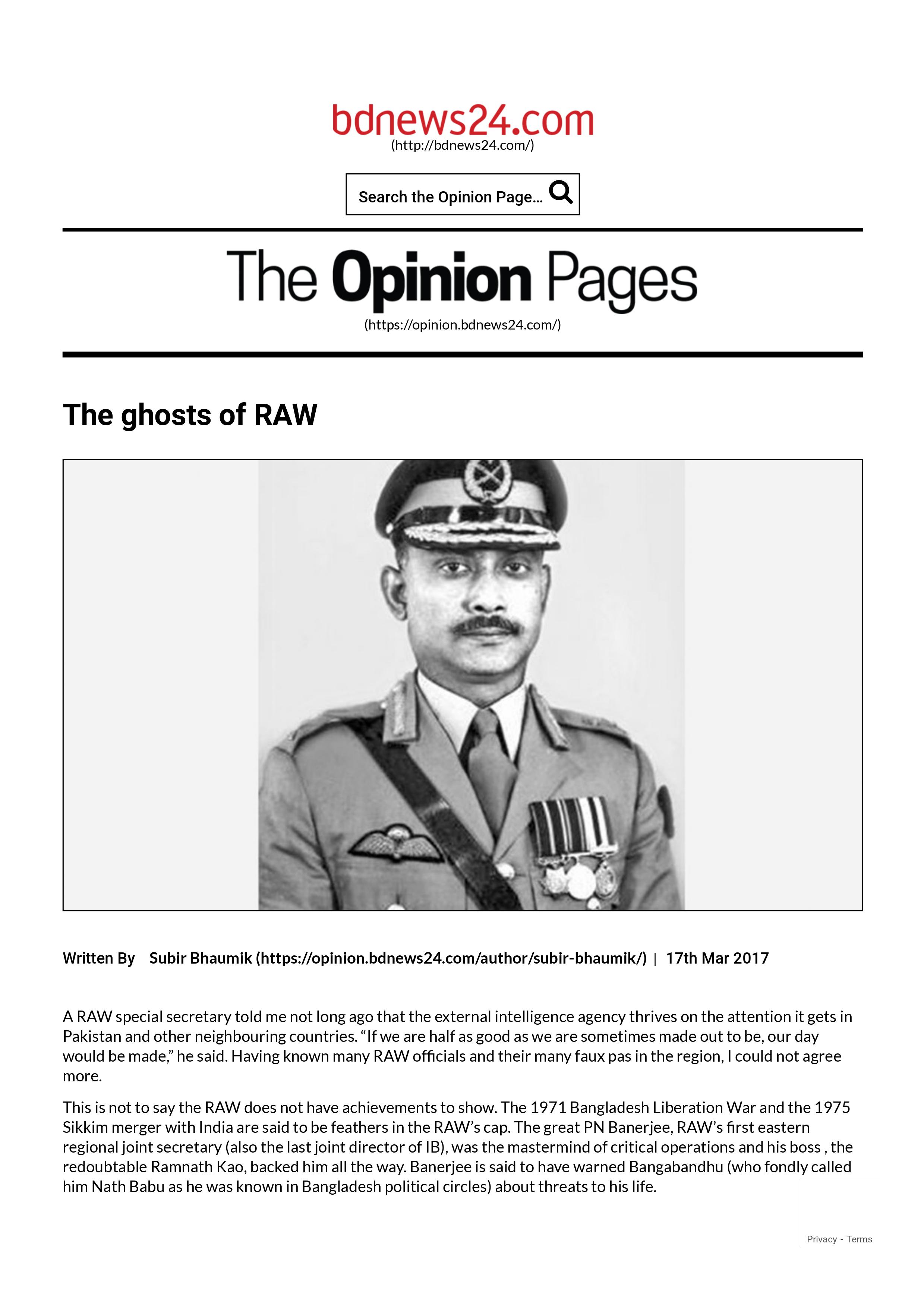 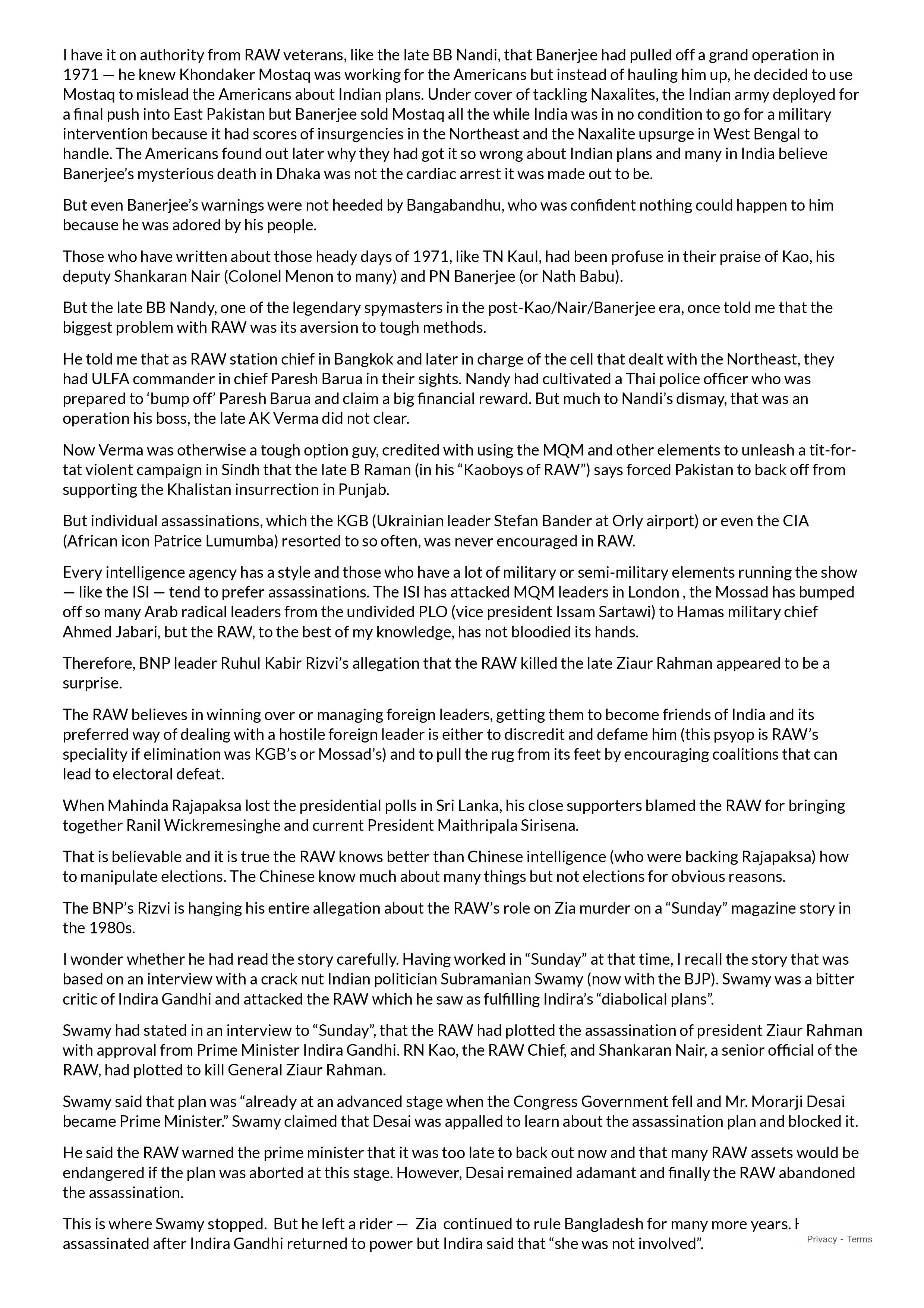 Godhimself said:
unsung heroes, you never know the person u curse the most might be working for us behind the enemy lines or in cover (e.g. imagine barkha as a RAW agent getting abused daily by RW)
Click to expand...

What benefit would someone like Burqa Dutt give RAW? The woman has been a jinx on our troops; she televised Kargil War, giving away our troops' positions; she and her crew did the same on 26/11; every time she visits a military-related installations there are some attacks that happen either before or after it.

If anything, she and her kind hiding as foreign agents in Indian media need to be taken out by RAW.

According to lawyer of mehul Chuaksey, he was thrashed and abducted by Raaa. 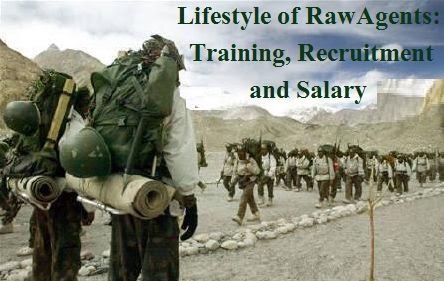 When we think about the Lifestyle of RAW agents or a Secret Intelligence Field Agents, James Bond movie strikes our mind and we imagine or dreams about the action, investigations, conspiracy plots etc. but is it really true in real life. Is it happened like that only, or may be different. Even some secret Intelligence Services are desk bound jobs, paper work without any action but some may have exciting work, high risk, etc. They also sometimes work as a support job at our country’s Secret Intelligence Services like translation of Foreign languages, communication officers, call centre assistants, technicians, network specialists, recruitment officers etc. 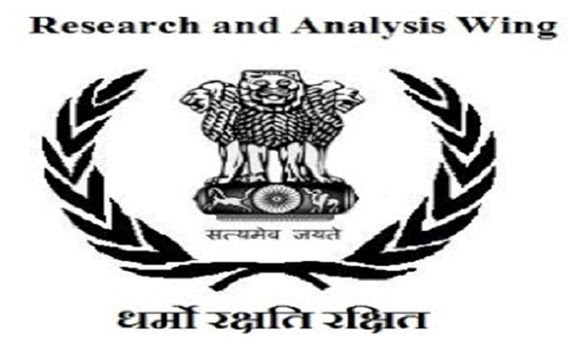 Now we will see the life style of the RAW agents what all they do for us in the Job.

Lifestyle after becoming RAW agents
• They get opportunity to travel and foreign language proves them to be beneficiary. But this job may be a bit lonely one.


• They have to do lots of Research work pottering round and have to attend meetings.

• Sometimes during secret operations it may be risky. Their names are not revealed to anyone for the safety of the officers. Nobody has access of information about them.


• If RAW agents are exposed to anyone they have to stand firm as we all know pressure is everywhere in work the need is to survive and win in any situation. 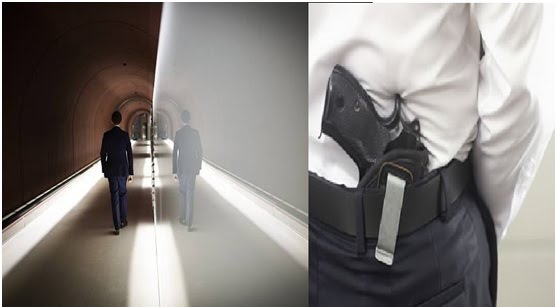 A story of Ajit Kumar Doval, an IPS officer who rose to become the Intelligence Bureau director and also India’s National Security advisor once revealed his Pakistan mission. He was undercover there for 7 years. He sent vital information regarding their nuclear development. In Pakistan he used to go to Dargah being a Hindu as he doesn’t have to reveal his identity. He used to follow namaz and everything of their culture. After facing such situations he was successful in his mission and return back carefully.


• They even can’t share their identity to their family and friends.

• They have to follow a lead, target, info, and report what it leads, who are involved and where it's happening.

• Sometimes they have to meet economically and morally corrupt officials and extract info from them.

• Life within HQ is safer but a lot critical. They are responsible for Intelligence failures or tragedies of fallout. Sometimes if their colleagues are arrested then they have to delete their records and don’t even acknowledge them.

• Even Government discarded them if they are arrested in an operation outside our country.

• When they die on duty they will not get military honours, medal but if they will be successful in completing their missions tthat means they have saved lots of lives in our country.

What type of a training they are provided with. Let us discuss about it. 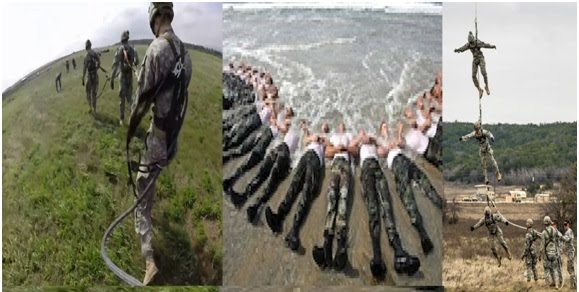 It lasts for couple of years. Basic training and advanced training are provided to them.

Basic Training lasts no longer than 10 days in which they get familiarised with the real world of espionage and of intelligence. Also, they give knowledge about the space technology, information security, energy security, scientific knowledge, financial, economic and geo strategic analysis. Even they have to read some case studies of other agencies like CIA, ISI, MI6 etc.

Now after completing ‘Basic Training’ they are sent to Field Intelligence Bureau (FIB) which lasts for about 1 to 2 years where they are taught how to survive in cold areas, jungles etc and also how to manage secret operations. They are also taught infiltration and ex-filtration in realistic conditions and also how to avoid capture, if caught, how to face interrogation. They also supposed to learn the art of making contacts, skills for operating missions etc. And then finally they came back to the school for final polishing.

Do you know the purpose, qualities and eligibility essential for this job?

Purpose of RAW Agents
Espionage is the practice of spying or of using spies, typically by governments to obtain political and military information. Their purpose is to gather information about another country’s activities, protect citizens against secret and covert operations from other countries and internal sources, their military operations, personal information about politicians despite the severe consequences of being caught as a spy.

Qualities to be a RAW Agents 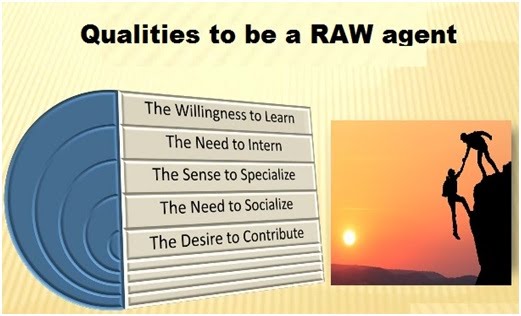 • From diverse cultures and backgrounds they should have the ability to interact effectively with people.

• Communication skills should be magnificent.

• Self- management skills with high level of maturity should be there so that they can give proper judgement according to the situation and the ability to assess the risks.

• Self- motivation, determination to achieve results in any pressure, situation and environment.

• Professionalism and high level of personal integrity should be there which also comes through tough training and development programs.

What is Surgical Strike?

Eligibility for working as a RAW Agents
• Should be a citizen of the country.

• Criminal back ground should not be there.

• Applicant should not be drug addicted.

• Should possess good education from reputed University and should also have a grasp on one foreign language at least.

• Applicant should be ready to travel in any part of the country with a short period of notice.

• Before applying this job don’t tell your friends or relatives.

• Applicant should be real what actually he is.

At the end we will see about the recruitment and salary of such brave soldiers.

Recruitment and Salary of RAW Agents 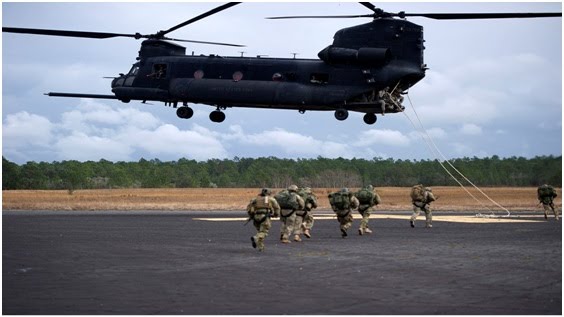 Initially, RAW relied primarily on trained intelligence officers who were recruited directly. They belong to external wing of the Intelligence Bureau. After its role expands candidates are also recruited from the military, police and the Indian Revenue Service. Later, RAW started recruiting graduates from University. In 1983 RAW created its own service cadre, The Research and Analysis Service (RAS) to take candidate for Group A Civil Services under the Central Staffing Scheme. They have to clear all the stages of Civil Service Examination and few top candidates are allowed to write the RAW examination. They should also have an experience of 20 years of service. This is not a permanent job but a person can earn of about 0.8 to 1.3 lakhs per month.

Hats off to these brave soldiers who don’t even have anything of their own even their identity are also stolen still they work for us for our safety. Kashmir Singh was an exception who got land and monetary from the Punjab Government. He returned in 2008 after spending over three decades in a Pakistan Jail.

Is this even true? Like, I don't think Choksi poses a threat to our national security.

Preparing For The Attack On Karachi: How R&AW Stripped Pakistan’s Naval Intelligence Bare In 1971
Anusha Nandakumar and Sandeep Saket


The War That Made R&AW. Anusha Nandakumar and Sandeep Saket. Westland. 2021. Pages 256. Rs 400.
Three Indian Navy missile boats, armed to the teeth, were in the Arabian Sea, speeding north to attack the Karachi harbour. Suddenly, en route, the radar on one of the boats started beeping. An enemy warship had been spotted. PNS Khaibar was approaching the missile boat and was at a distance of 120 kilometres.
The Indian boat had been discovered, and its captain knew it was just a matter of time before they would be attacked. They were in enemy waters, after all. The captain knew he had to make a move quickly. It was his only chance. He took aim and launched the anti-ship missile towards PNS Khaibar.
This was Trident, India’s secret naval operation, which was now in its final stages. The date was 5 December 1971. 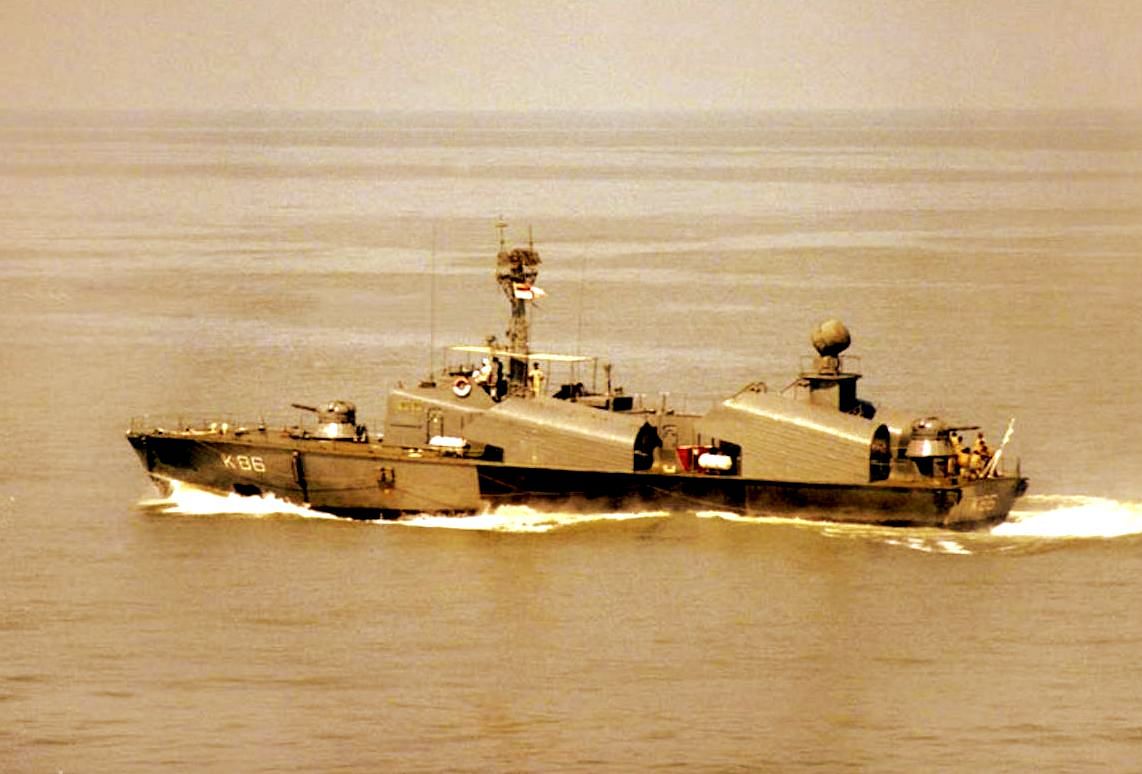 Preparing For The Attack On Karachi: How R&AW Stripped Pakistan’s Naval Intelligence Bare In 1971

Excerpt from ‘The War That Made R&AW’ by Anusha Nandakumar and Sandeep Saket.