As @abingdonboy said Spec ops ,Cyber and aerospace commads need to be of an Independent UCC (Unified Combat Command) type distict from UTC's (Unified Theatre Command) that are being propsed
As an example kindly find attached the Orbat of USSOCOM 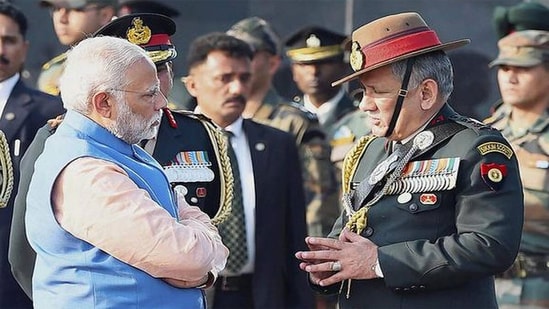 Prime Minister Narendra Modi talking to Gen Bipin Rawat before he took over as Chief of Defence Staff with the mandate of raising theatre commands.

Chief of Defence Staff General Bipin Rawat has called a meeting on Wednesday of the tri-services and other stake holders to understand their concerns over theatre commands and iron out differences before working towards the raising of maritime and air defence commands this year. The ministry of defence had accorded acceptance in principle to theatre commands in 2017 with Prime Minister Narendra Modi handing over the mandate of reorganization to Gen Rawat.
Click to expand...

Earlier this month, after a presentation, defence minister Rajnath Singh had asked Gen Rawat to call a meeting of stake holders and discuss all the issues threadbare before taking the theatre command concept to Cabinet Committee on Security (CCS) for final approval. Majority nations, including tiny Maldives to mighty US, function on theatre command concept with the idea of seamless integration among the land, sea and air forces for better coordination and response. While China has reorganized its seven military districts into five theatre commands, Pakistan has sought support of Beijing to help its forces also be reorganized under the same military concept.
Click to expand...

Although there have been media reports indicating that the entire process may be delayed, the ministry of defence, Indian Army and the Indian Navy are totally in favour of activation of the theatre commands with the Indian Air Force ploughing a lonely furrow on even issues like naming of the commands. Since the end of 1999 Kargil war, the Indian Air Force has its own version of jointmanship and integration with the sole purpose of keeping its air assets undivided and protecting its own turf. The fact is that even today, official files pertaining to army are labelled as Integrated Headquarters, Army (Ministry of Defence). The Navy filed are labelled Integrated Headquarters, Navy, but the Air Force files are still labelled as air headquarters only. This speaks volumes about Air Force vision of integration of the three services.
Click to expand...

A senior military commander explained the context and said: "Those in doubt are confused and outdated. Has corporatisation of ordnance factory boards come with 100 per cent consensus or is it based on efficient and better management of resources. Leadership in military is meant to take decisions in best interests of security ensuring optimum and efficient management of resources. Whatever is the best way for us to achieve the objective is the way forward.”
Click to expand...

With Pakistan on its west and China on its eastern flank, the northern command will remain a single unit under an army general as the theatre is expected to remain active on the Line of Control and the Line of Actual Control for time to come.
Click to expand...

The present command structure in the Indian military is lop-sided with Indian Army having seven commands, a much smaller Indian Air Force having similar number and Indian Navy having three commands. This structure will be rationalized under the theatre command concept with the Indian Navy expected to get one more commander in chief position.
Click to expand...

With the Chinese PLA already functioning as one integrated unit under the Western Theatre Command along the 3488 km Line of Actual Control (LAC), the Indian military needs to get its act together and move fast on theatre commands for a cogent and strong response to the adversary in future. India has no other options.
Click to expand...

Prime Minister Narendra Modi talking to Gen Bipin Rawat before he took over as Chief of Defence Staff with the mandate of raising theatre commands.
Click to expand...

How does IAF except to gain in this stalling tactic without proposing introduction of CAS(For IBG with Army) and Long Range Recon/Bombing(For IOR with Navy) into Current National Security Architecture !!!

Introducing CAS & LRR/B will give IAF leverage in how these theatres are handled.


PS : Me want CAS, Me want A10 warthog, Me have confirmation bias. 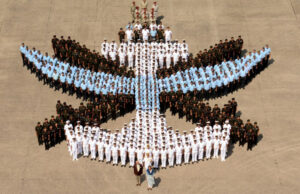 As per a recent report by Nitin Gokhale, published on the Bharatshakti website, higher defence reforms are on track in India with the likely formation of two integrated commands by August 2021. Nitin
bharatshakti.in
You must log in or register to reply here.
Similar threads
ISIS and Al Qaeda trying to hire Indians living abroad, says IB direct
Indian Mujahideen trying to turn into Qaida-style network: Bhatkal
Russia tries to stave off US in Indian defence market
Indian Tri-Color on Pakistan Railways Most Luxurious Train!!!
Share:
Facebook Twitter Reddit WhatsApp Link