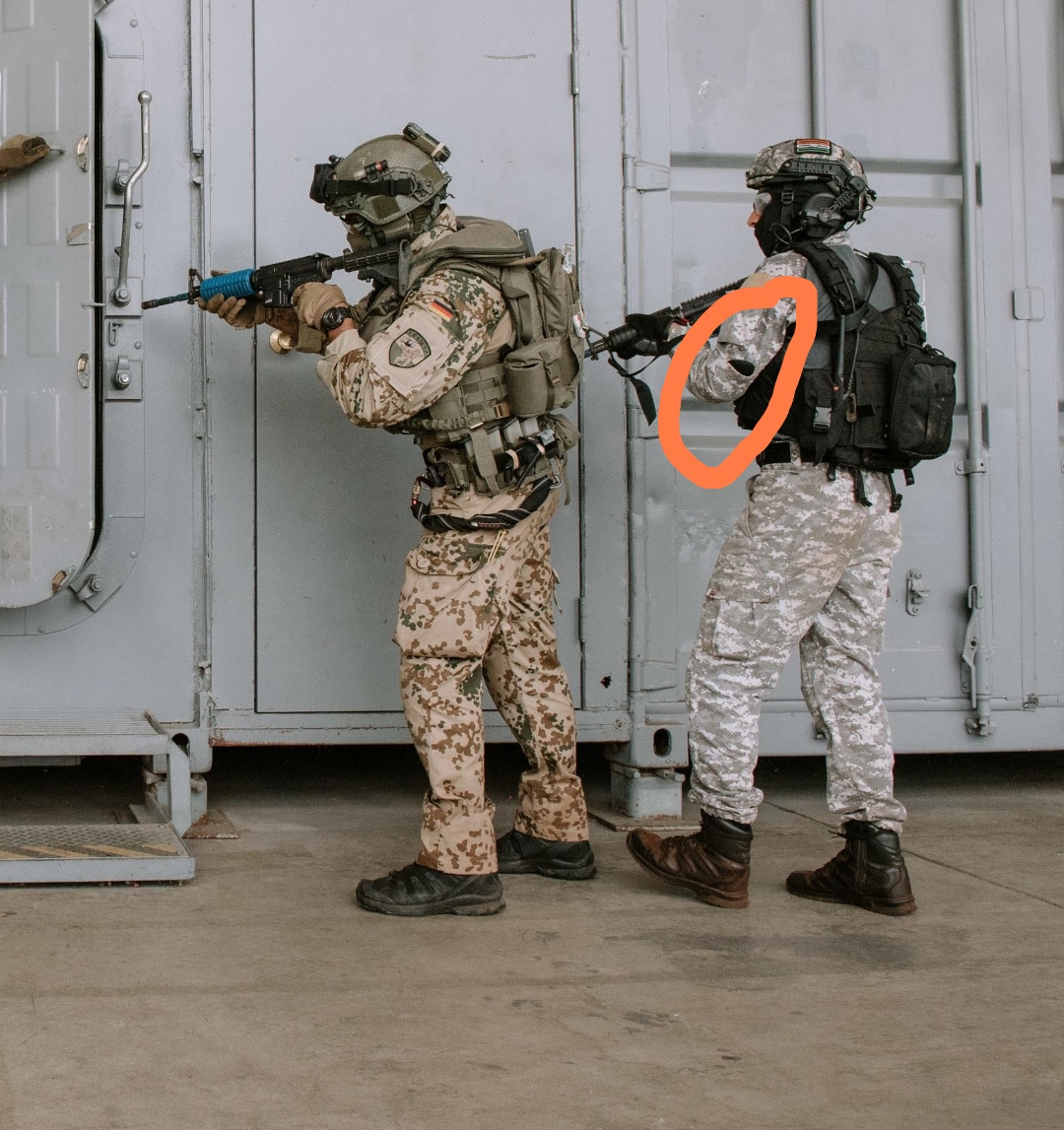 Provision to mount knee and elbow pads, usually a Velcro will hold this closed, but it may have unstrapped.

Aditya Ballal said:
Looks like you’re late to the party in realising

In the last 15 years i have seen no one else go from 0 to pro level. Dude started by asking basic questions on pdf . and i used to reply mostly. @abingdonboy Pro level is a bit much my friend. if you have an interest and spend enough time learning/nerding out you’ll pick up things that’s all...

Last few pages were so full of bakchodi that I skipped.
Always appreciate when local products find their way
Armasen aficionado we eating good tonight.
R

What's the device on the helmet of the other guy?
A

Gucci boiz vs jai ho boiz in this thread RN.

Not going to lie Armasen kit looks tasty but it would be sexual chocolate in CB, RG etc.

strobe and battery back

Navy is surely taking all these multi national exercises seriously .hope these exercises make them replace the tavor Well it's almost confirm now, they are using
Safariland Liberators for COMTACs, really expensive and primier piece of equipment must say, only American have comparable COMTACs in the picture

Where did you get this clear pic from? The video?

Automatic Kalashnikov said:
Where did you get this clear pic from? The video?
Click to expand...

To the people who thought that a lot of us were trying to shame our forces, or doubting the Para SF's credentials.
Look at MARCOS. Look at how far they have come since 26/11. Look at the tactics, the equipment. Nobody is doubting Para SF. It's just that, everything that they've done could have been done better had they been trained better, equipped better, like MARCOS are. And what itches most is that it's not totally unknown to Indian Military. MARCOS are a prime example, even Garuds to some extent that better practises, better equipment and knowledge about the same exists in the Indian Military. So why not for Para SF. Because Para SF seriously are the most active and most strategic and if equipped and trained upto these standards, they'll be the very best in the Indian Military and better than a lot of foreign forces. That's all.
Apart from that, Aaj jo sukoon mila dil ko!