I am a bit surprised that we don't have a thread about this. I don't think anyone in this forum discounts the importance of Soft Power. But the spread of India's soft power is severely limited by foreign media that thrives on propagating a distorted view of India, giving platform to selectively bad news or plain falsehoods. We need a system to overcome this issue. Indian soft power currently consists mostly of India's ancient gems: Yoga, Spirituality, etc. What is missing is a spread about the achievements of Modern India.

I've always disliked Indians thronging to foreign "reaction channels" to watch a bunch of goras "react" to stuff about Indian Armed Forces or Bollywood and pretend to appreciate it. But it seems like its having a positive effect in a round-about way. This has made the YouTube community realize that India is a big source of views, and so more and more YouTubers are trying to develop content that improves India's image. While foreign news media works overtime to slander India and program their public to look at disdain upon everything Indian, this movement has created YouTube channels and videos dedicated to unmasking this propaganda and propagate the good things about India. Even if these YouTube channels do it just for the views, its good because its atleast creating content that works. Here is an example:-

Vaccine maitri is becoming a success story. Even though its not being covered by mainstream media, some good YouTube content is being created for the same:-


On the other end of the spectrum are Indian YouTube channels who are capitalizing on the recent disgruntled American Right-Wing by creating content that they like:-


TFI Global is also doing a great job at educating RW Americans (who usually live in an echo bubble and don't really think about the world outside USA) about global geopolitics and India's stance on global issues. TFI Global is highlighting that the free world is championed by a lot of other countries like India, France and Japan and not just the USA. This also, I consider, serves to increase India's soft power.

Of course YouTube algorithm is a negative factor in all this, but atleast the content is being created.

As a slight aside, this is how soft power of another nation - Japan - looks like:-


Must be doing something right if Japan is known by these things and anime instead of its World War 2 war crimes...

Good thread, adding this video from WION, don't go for 1:1 correspondence like palki did but the message is important.

Though, since we are here I would say people should follow Ruchir sharma, an avid critic of exaggeration of Soft Power which is floated every once in a while.

Being a export (manufacturing goods) oriented economy and funding of soft power narrative building go hand in hand, at this point in time we are not there yet. Might as well put that effort in convincing fellow Indians first.

ezsasa said:
Being a export (manufacturing goods) oriented economy and funding of soft power narrative building go hand in hand, at this point in time we are not there yet. Might as well put that effort in convincing fellow Indians first.
Click to expand...

In many cases "vikas" slogan is right. As Economic power will grow, the people will be more vociferous in narrative building and confident as evidence is here, we did it. Indias current ability is restrained by spending power and ability to give pain (that mainly comes via economic power) atleast in west. Immediate neighbors respect hard power more. 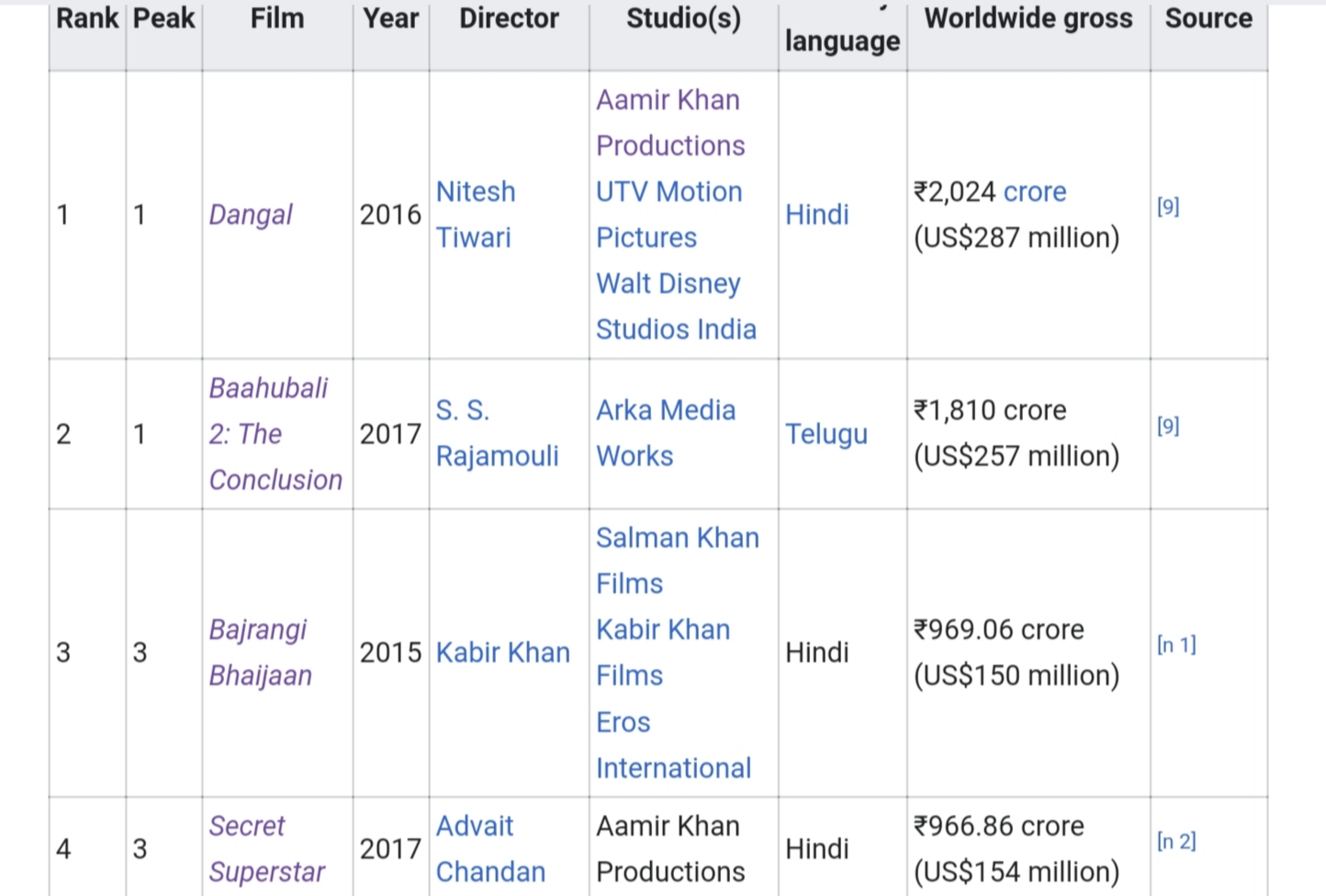 The first and fourth films are both starring him.
What's interesting is that， these two films contributed 70% and 80% of the total box office fron China. 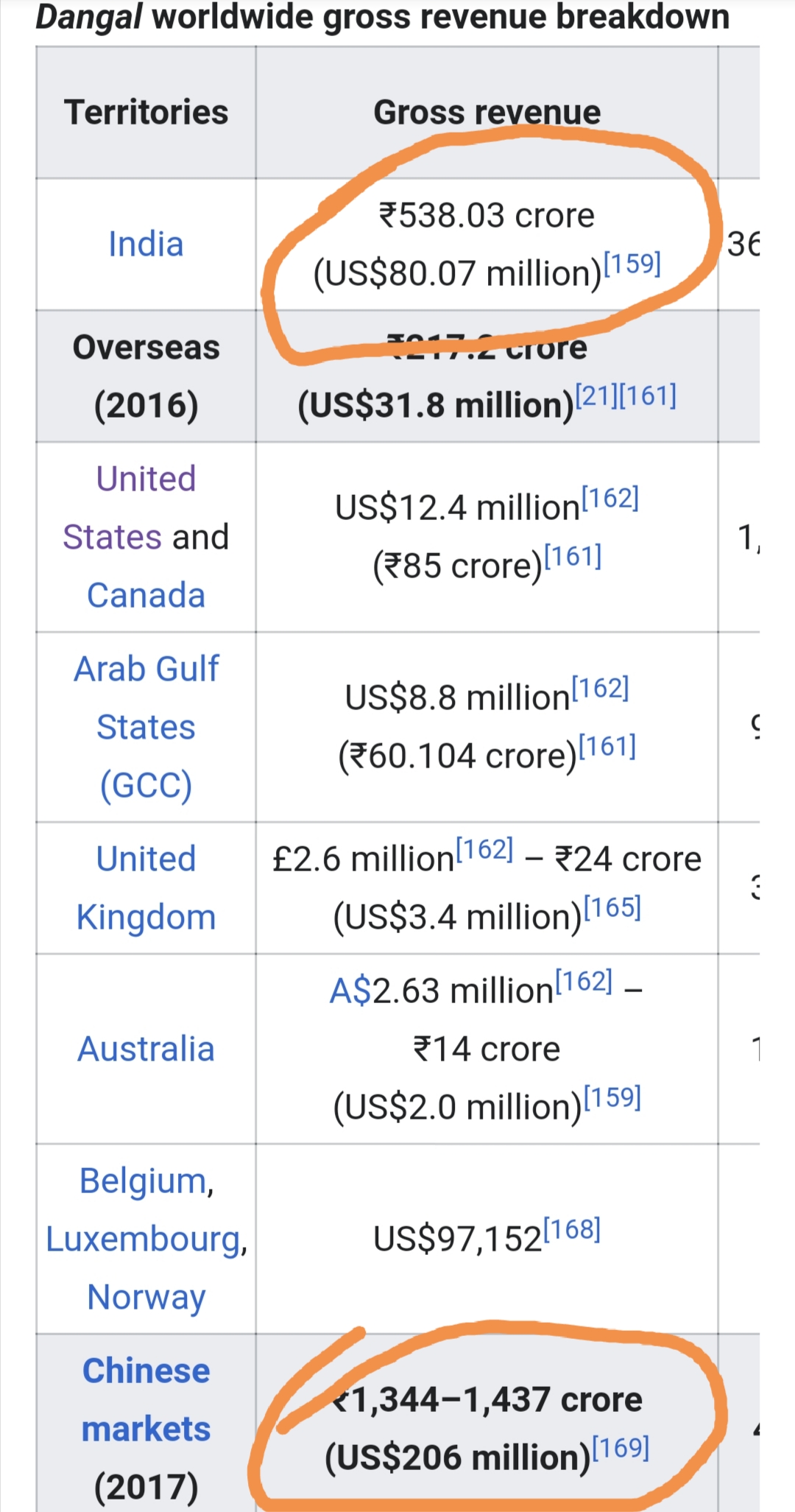 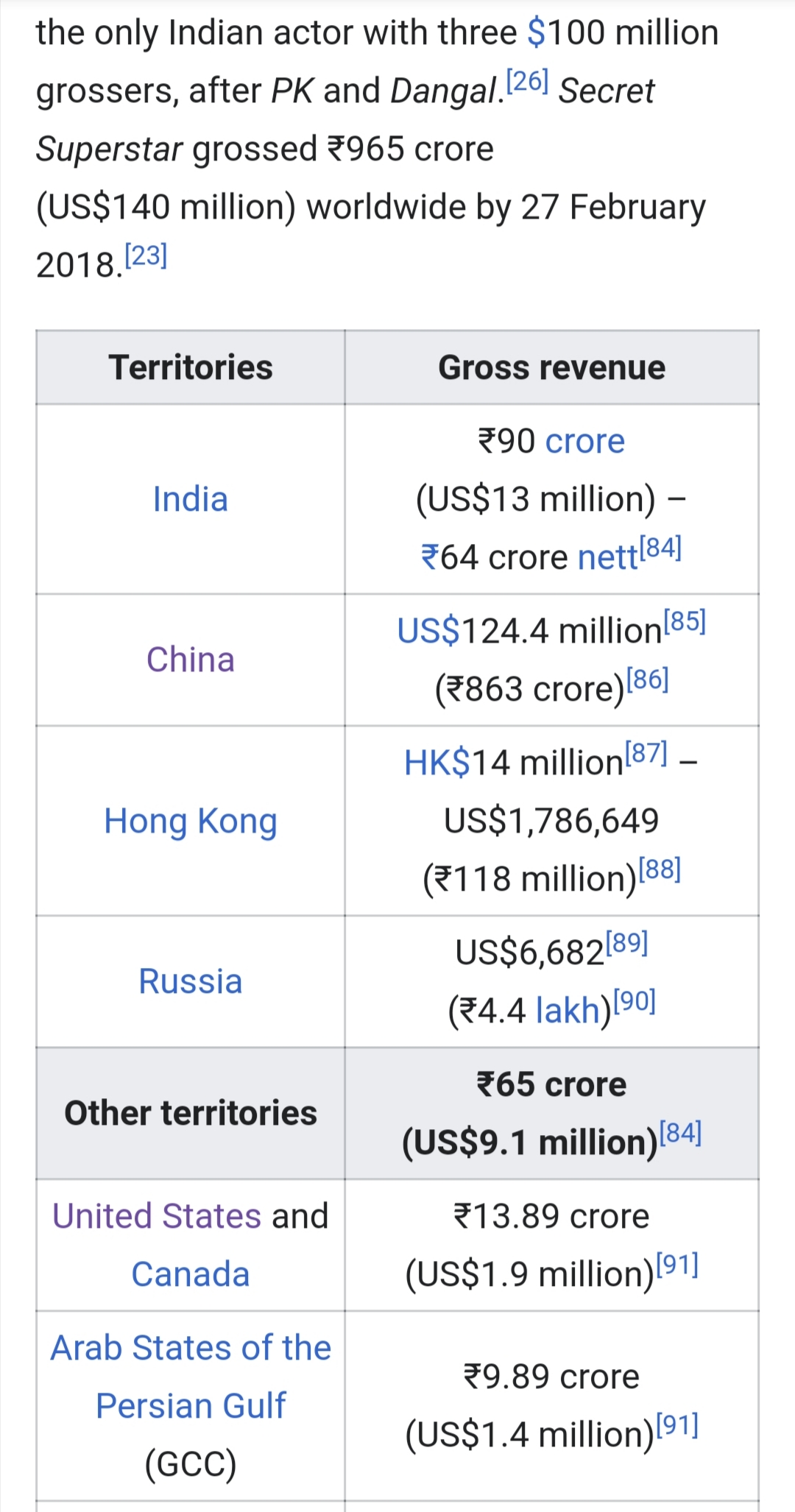 I have heard about this frequently. Why is Aamir Khan so popular in China? My reasoning was that the movie 3 Idiots, which showed the negative effects of India's educational system, was seen as a parallel in China.

DerBronzeLord said:
I have heard about this frequently. Why is Aamir Khan so popular in China? My reasoning was that the movie 3 Idiots, which showed the negative effects of India's educational system, was seen as a parallel in China.
Click to expand...

Don't think too much, 3 idiots is not released in China, Rarely Chinese haven seen It.
Aamir Khan，I've seen this, It's for the kids. Educational and good-looking, suitable for children to see the general box office is not low.
For example, an animated film, even $770 million box office. 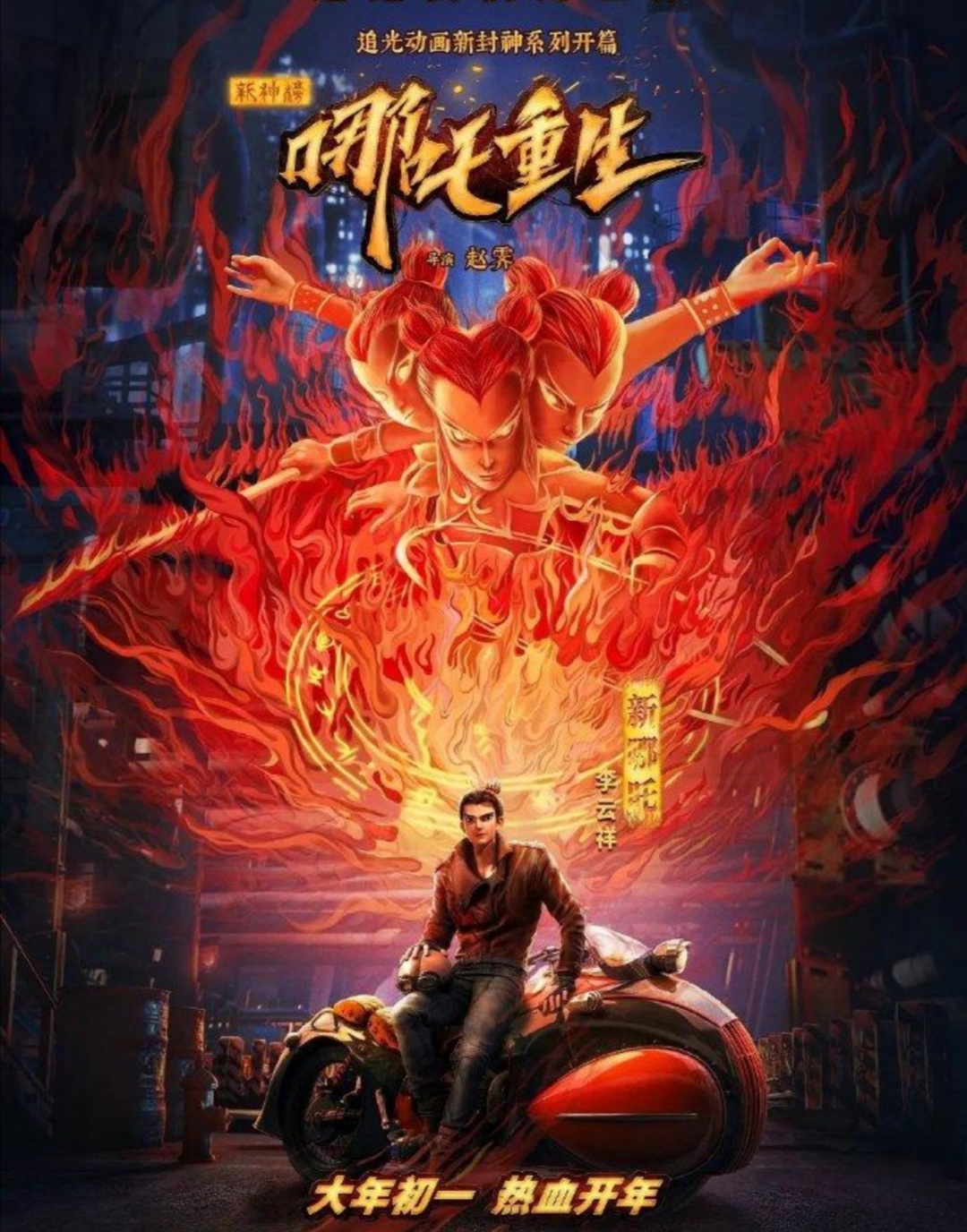