A passenger train – Rajdhani Express from Assam’s Silchar railway station - reached the Vaingaichunpao railway station in Manipur for a trial run on Friday, putting the state on the Indian Railways map.
According to reports, the train covered the distance of 11 km between the two northeastern stations, with railway officials onboard. The train halted briefly at Manipur’s Jiribam railway staition, where railway officials were greeted by local citizens before the national flag was hoisted accompanied by the national anthem, East Mojo reported.
Among the Indian Railways officials that reached Jiribham station from Silchar were North East Frontier (NF) Railway senior PRO Nripen Bhattacharya, and CDO Silchar, Abdul Hakim, among others. 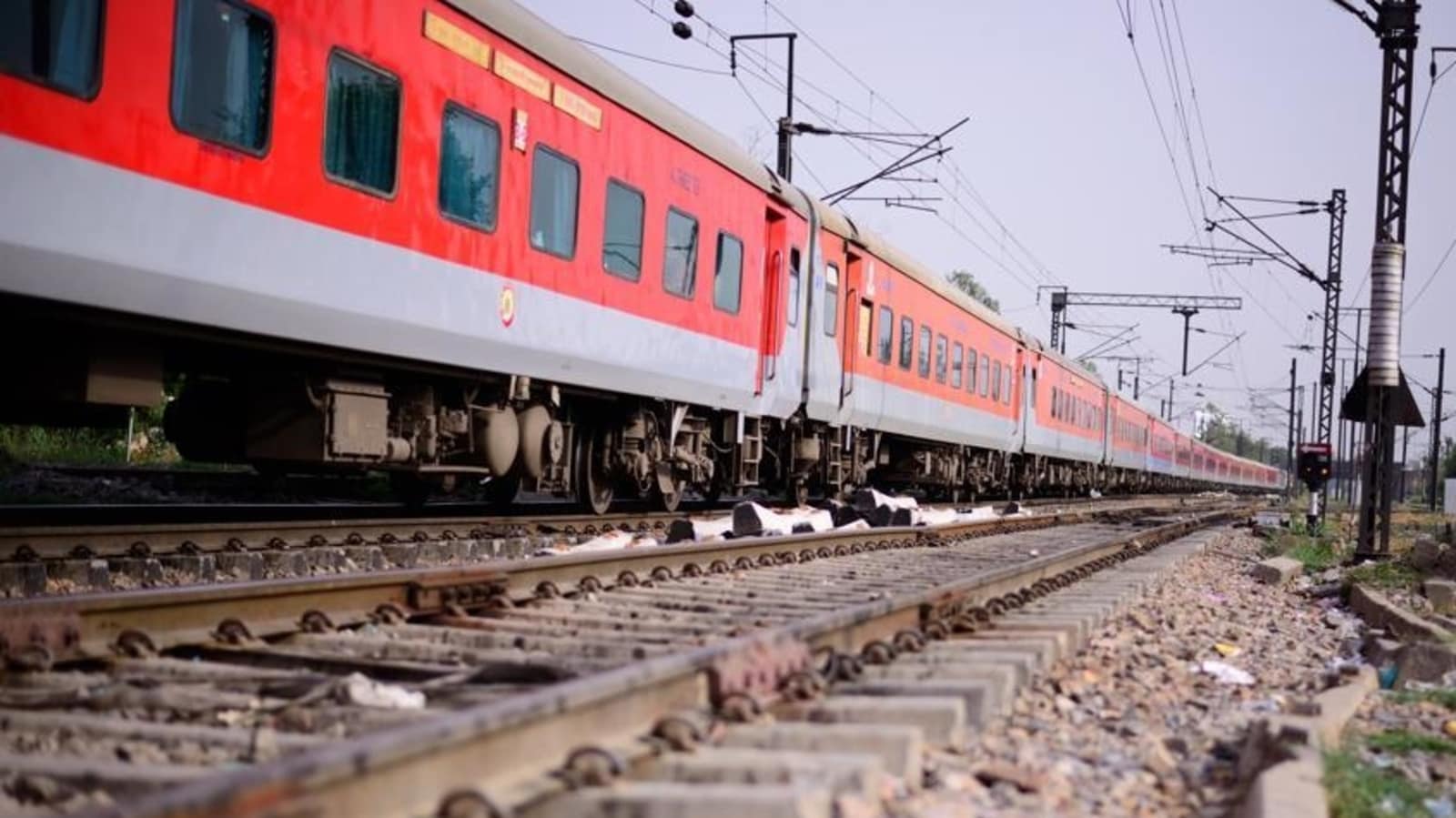 Jiribam is also in Manipur and was connected earlier by railways.

This place is 11 km from Jiribam.

So, technically the headline is not correct. 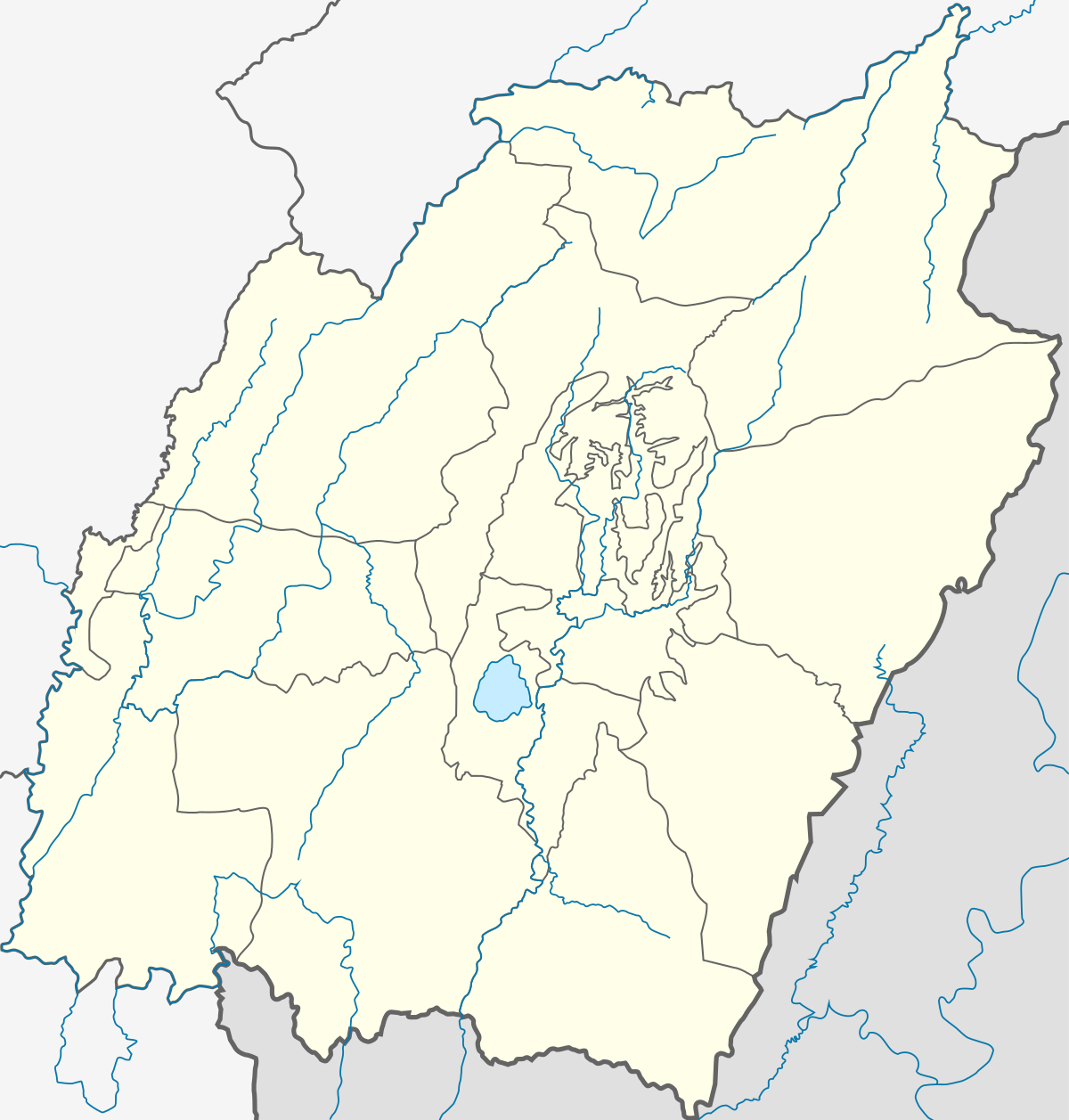 
Vistadome coaches are European-style coaches which are equipped with advanced features such as large glass windows, glass roofs, observation lounges and seats which can rotate up to 180 degrees for passengers. 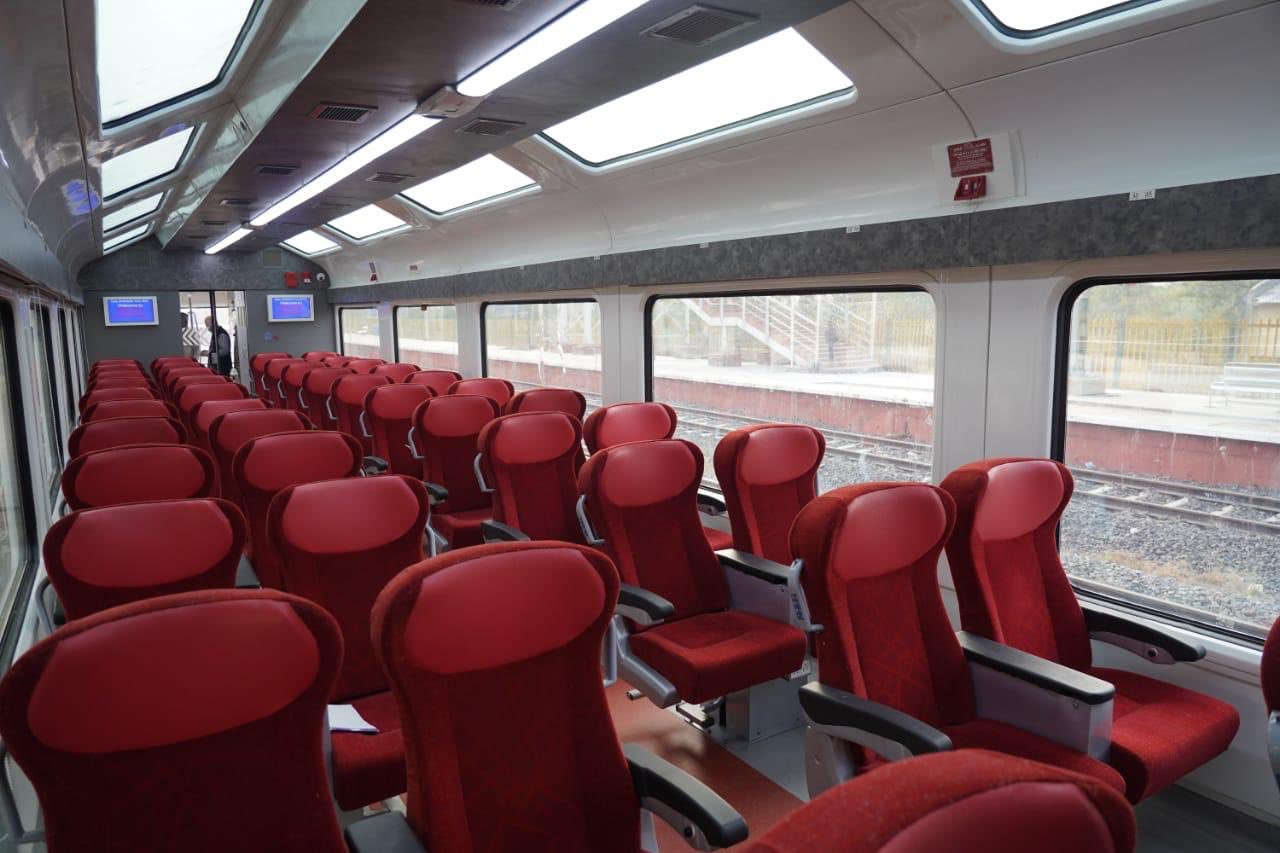 Hope you people remember when I said that heavier trains are our compulsion. Now read this.


Vistadome coaches are European-style coaches which are equipped with advanced features such as large glass windows, glass roofs, observation lounges and seats which can rotate up to 180 degrees for passengers.

This must be insured ? 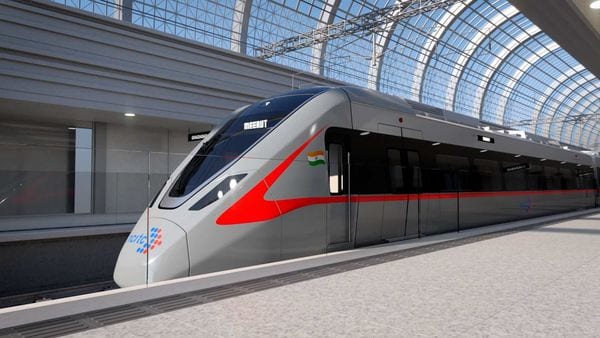 The manufacturing the regional commuter and transit trains for the Delhi-Ghaziabad-Meerut semi-high-speed rail corridor for RRTS Phase 1 has been started by the French company Alstom.
Click to expand...

As per the contract, Alstom will deliver 30 regional commuter trainsets of six cars each and 10 intracity mass transit trainsets of three cars each.
Click to expand...

The first look of the train for India’s first Regional Rapid Transit System (RRTS) was unveiled in September 2020. Inspired by Delhi’s iconic monument, The Lotus Temple, the fresh, modern and advanced look of the new trains resonate a unique amalgamation of sustainability and India’s rich heritage. These energy efficient semi-high-speed aerodynamic trains will incorporate latest tech features to provide a superior passenger experience, to all commuters, including the specially-abled.
Click to expand...

These trains have been developed with the vision to transform the future of regional commute for passengers in India.
Click to expand...

This line will be the first in India to adopt the European Train Control System (ETCS) hybrid Level 2 signalling system, which is the core signalling and train control component of the European Rail Traffic Management System.
Click to expand... 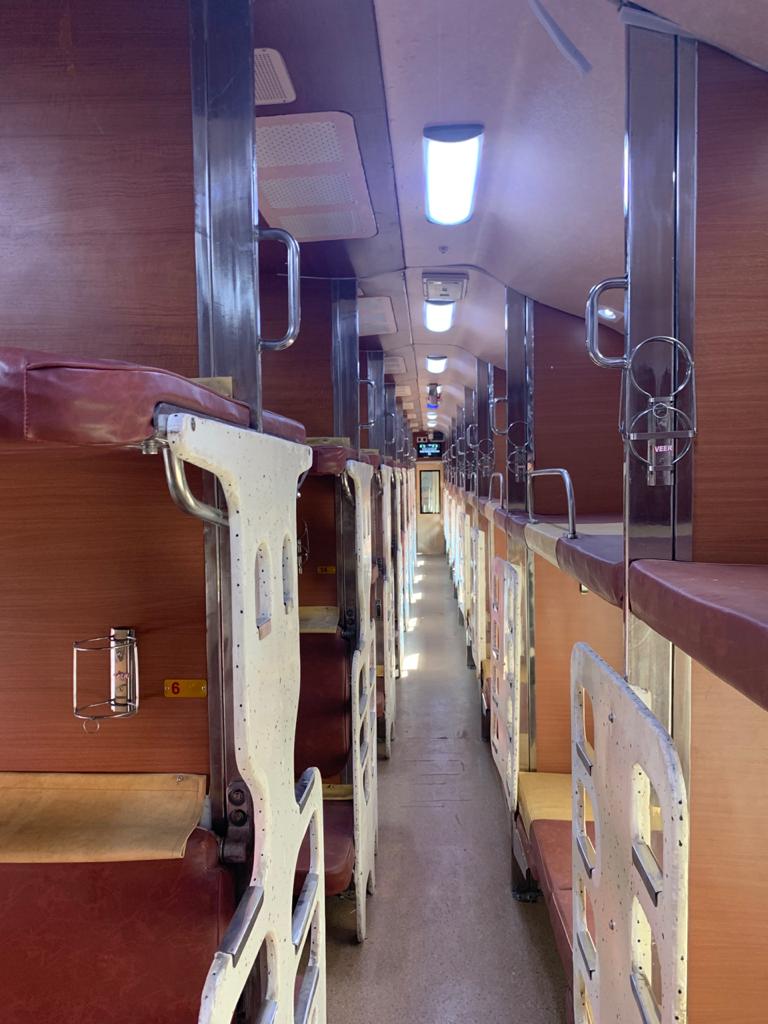 Chief Public Relations Officer of Western Railway, Shri Sumit Thakur stated that, “With the use of Tejas SMART Coach, Indian Railways aims to move to predictive maintenance instead of preventive maintenance. The introduction of this modern Tejas Sleeper type train for long distance journey, is another paradigm shift by Indian Railways for enhancing the travel experience for the passengers.” He also mentioned that Tejas type Sleeper coaches are manufactured at Modern Coach Factory (MCF) which will gradually replace the premium long-distance trains over Indian Railways network. 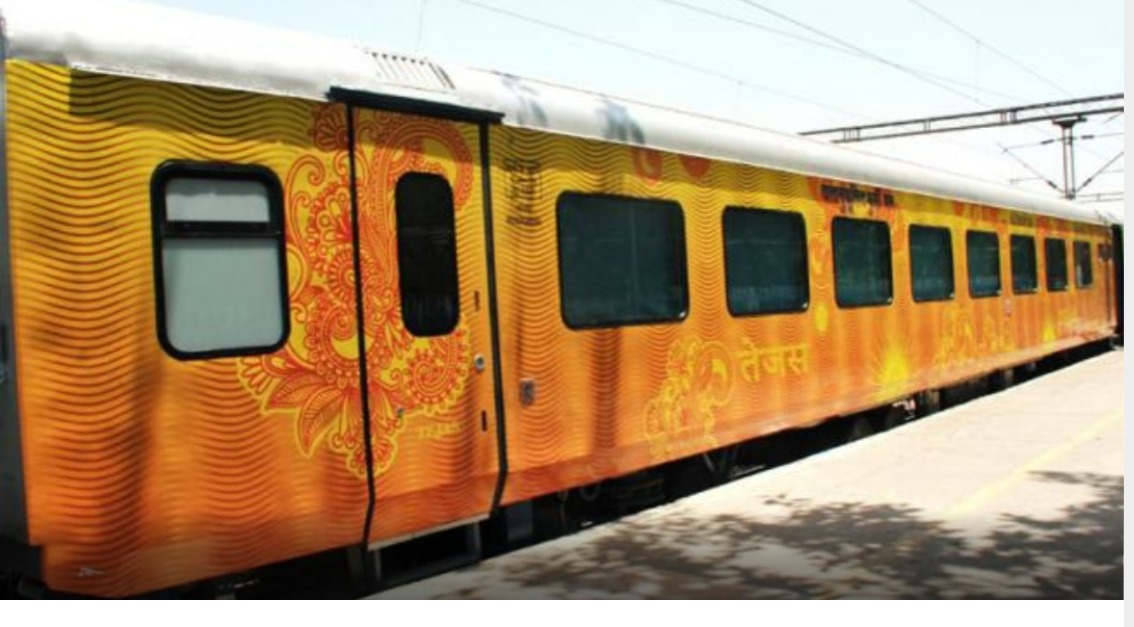 The existing rakes of Train No. 02951/52 Mumbai – New Delhi Rajdhani Special Express, one of the most prestigious and premium trains of Western Railway, are being replaced with brand new Tejas type sleeper coaches. Two such Tejas type sleeper coach rakes have been made ready to run as Rajdhani Express. Out of these two rakes, one rake comprises of exclusive Tejas Smart sleeper coaches, which is first of its kind to be introduced over Indian Railways. The new train will have special smart features for enhanced passenger safety and comfort. The smart coach aims to provide world-class facilities to passengers with the help of intelligent sensor-based systems. It is equipped with Passenger Information and Coach Computing Unit (PICCU) provided with GSM network connectivity, which reports to the remote server. PICCU will record the data of WSP, CCTV recording, Toilet odour sensors, panic switch and other items integrated with fire detection and alarm system, air quality and choke filter sensor & energy meter. 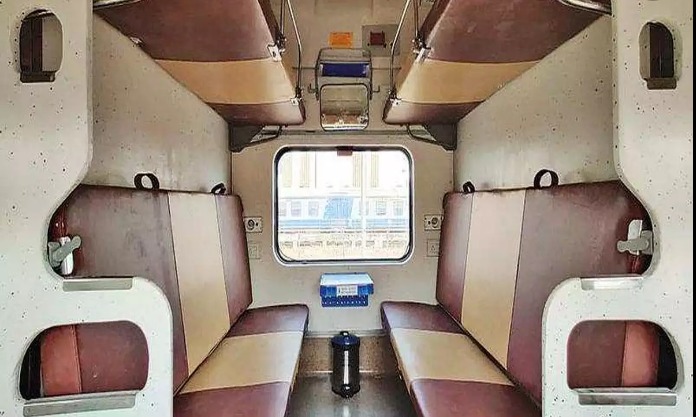 looks like it. There is a guy wearing "Adani" reflector shirt.

Looks like finally after 70 years, IR has hired some good industrial/interior coach designer...

The difference between model coach and production coaches in IR is a bit large than many others.

So wait till you see them running with commercial trains.

Indo-Nepal Rail Connectivity: In the first phase of Indian Railways’ Jayanagar-Bardiwas rail project, recently a speed trial was completed successfully at a speed of 110 km per hour on the 35 kilometre long newly-gauge converted section between Jayanagar and Kurtha in the neighbouring country, Nepal. The 68.72 kilometre long Jaynagar-Bijalpura-Bardibas railway project has been funded by the Indian Government entirely. According to the Railway Ministry, train operations on the Jayanagar-Kurtha section will facilitate movement between the two nations, as well as boost trade and develop the surrounding regions. Here, watch the video of speed trial, shared by the Railway Ministry:

The 68.72 kilometre long Jaynagar-Bijalpura-Bardibas railway project has been funded by the Indian Government entirely.


NEW DELHI: The Railways has set the target to upgrade the indigenous train collision avoidance system (TCAS) as a product for exports. The TCAS will be branded as “Kavach”. 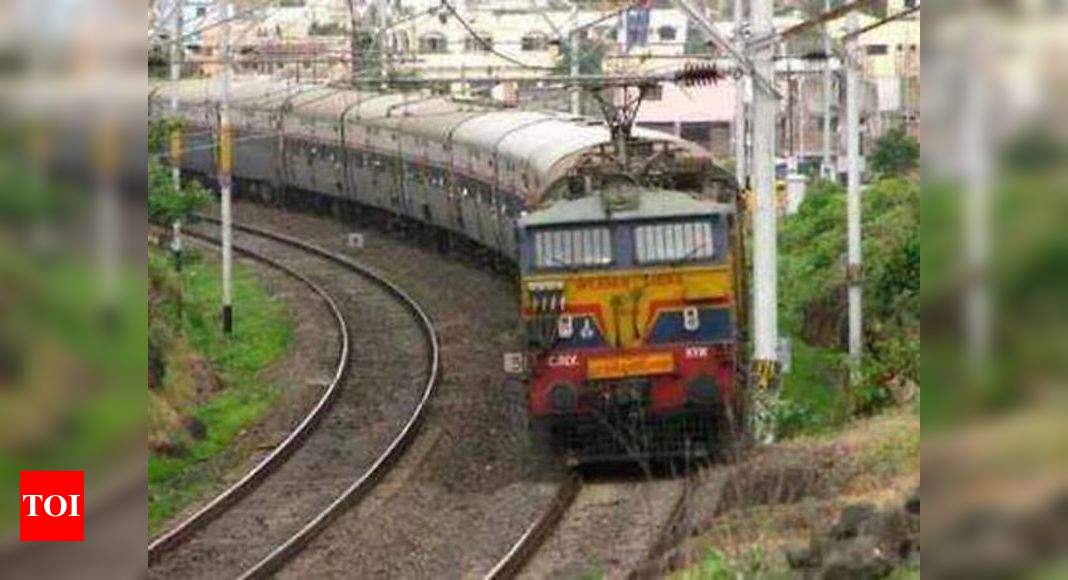 India News: NEW DELHI: The Railways has set the target to upgrade the indigenous train collision avoidance system (TCAS) as a product for exports.


Titagarh Wagons Limited (Titagarh), an Indian leader in design and manufacture of modern rolling stock, on 30th July, 2021, hold a virtual ceremony to mark the flagging off of its first train manufactured for Pune Metro (Maharashtra Metro Cooperation). The flagging off of the event was conducted by H E the Ambassador of India to Italy - Dr. Neena Malhotra, H E Ambassador of Italy to India Mr. Vincenzo de Luca and the Managing Director of Maharashtra Metro Cooperation - Dr. Brijesh Dixit in virtual presence of several other dignitaries from India and Italy. 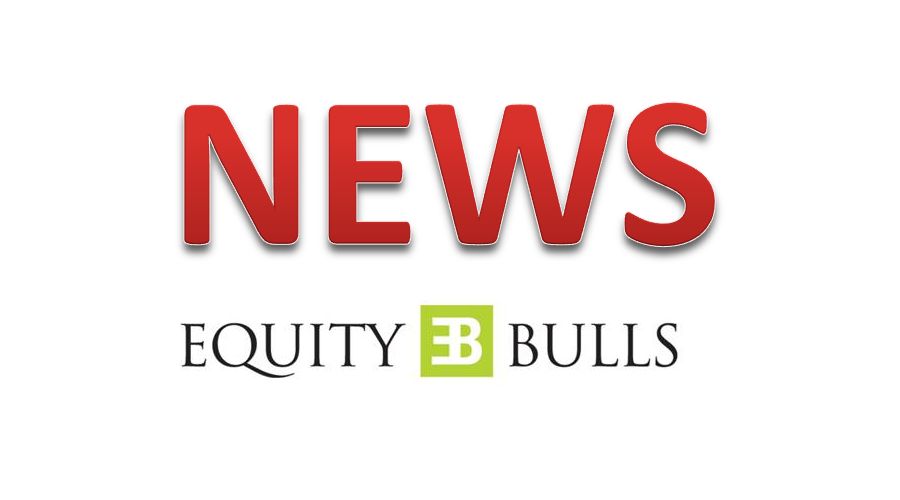 Titagarh Wagons Limited (Titagarh), an Indian leader in design and manufacture of modern rolling stock, on 30th July, 2021, hold a virtual ceremony to mark the flagging off of its first train manufactured for Pune Metro (Maharashtra Metro Cooperation)


A number of helplines that earlier existed on the Railways for various purposes have been merged into one helpline i.e. 139 which can be used for all enquiry needs and for complaint making. 139 helpline facility is available round the clock in 12 languages.


Indian Railways is likely to get its first batch of aluminium bodied coaches by February 2022. In a technological shift for railways, the Modern Coach Factory (MCF) in Raebareli is looking to manufacture aluminium coaches. The first set of 3 coaches for Kolkata Metro are expected to be ready by early next year, a railway official told TOI. Eventually, Indian Railways hopes to get aluminium coaches for Rajdhani and Shatabdi Express style premium trains. 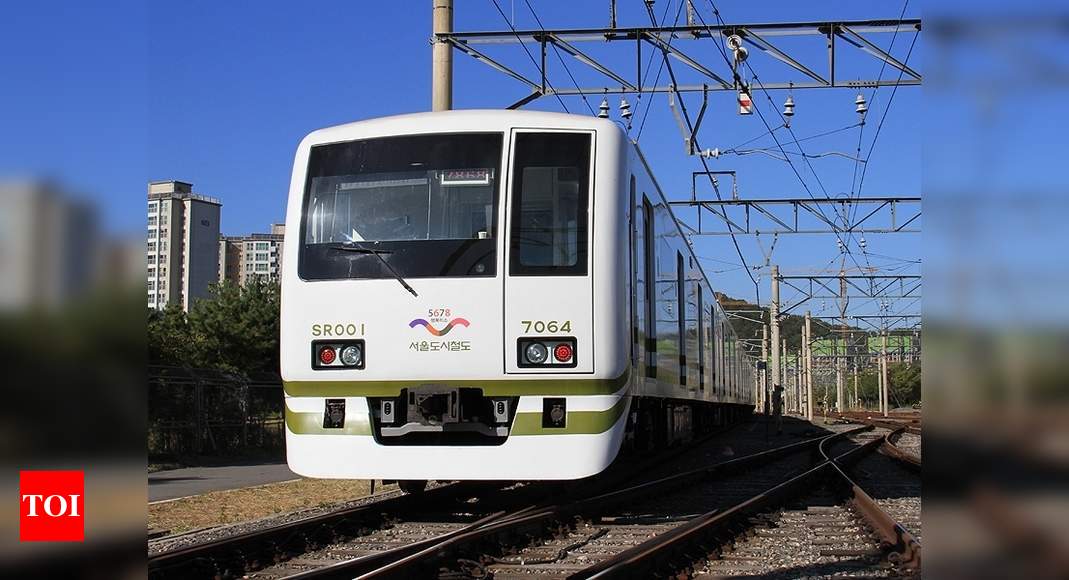 Indian Railways to get first aluminium coaches by early 2022; why it's significant - Times of India

India Business News: Railway Board has given its nod for making 500 aluminium coaches once MCF has the required infrastructure

75 Vande Bharat trains will connect every corner of India in 75 weeks of Amrit Mahotsav of Independence: PM Modi https://t.co/2wIMt6hpXu


Poor pappu whatever he touches really becomes gold...for the other side.lol
You must log in or register to reply here.
Similar threads
Modernization of Indian Railways
Indian Railway Privatisation Good or Bad?
Indian Railways has set a target of replacing 8,000 km of old and depleted lines
Indian Railways conceives to deploy “Drone” cameras in all its Zones/Divisions
Share:
Facebook Twitter Reddit WhatsApp Link