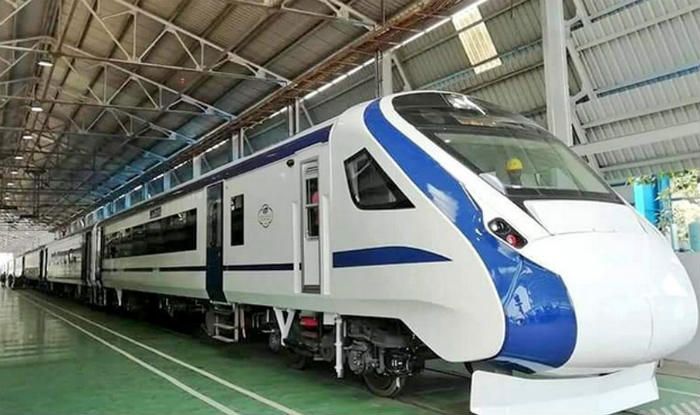 What will be the next Metro line or system to open? Wikipedia says the Navi Mumbai Metro will open in September 2020, the Pune Metro in 2020, and the Kanpur Metro in December 2021.

Historian said:
What will be the next Metro line or system to open? Wikipedia says the Navi Mumbai Metro will open in September 2020, the Pune Metro in 2020, and the Kanpur Metro in December 2021.
Click to expand...

There is a channel on YouTube ' MetroRailblog'. You can get updates about Indian Metro network.

First look of RRTS (Regional Rapid Transit System) train was unveiled today. It will be first of its kind in India with a design speed of 180 kmph. The prototype is scheduled to roll off the production line in 2022: Ministry of Housing & Urban Affairs 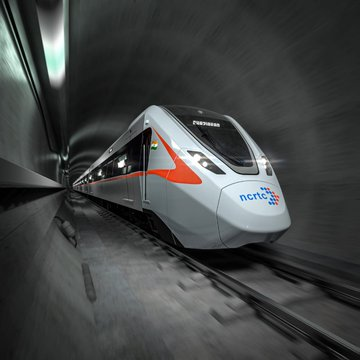 ezsasa said:
First look of RRTS (Regional Rapid Transit System) train was unveiled today. It will be first of its kind in India with a design speed of 180 kmph. The prototype is scheduled to roll off the production line in 2022: Ministry of Housing & Urban Affairs
View attachment 60324

Bombardier official video on RRTS rolling stock. Will be manufactured at their plant in Vadodara.

avknight1408 said:
Bombardier official video on RRTS rolling stock. Will be manufactured at their plant in Vadodara.

I am happy that this rolling stock is getting designed and manufactured in India. But I also hope that ICF will design modern trainsets and metro coaches. ICF has manufactured Train-18 and Medha rakes(Kolkata metro). Inter department politics almost brought T-18 near to death. In coming years more metros, meteolites and semi high speed routes will be constructed. They will need new metro coaches and current metros will need replacement for older ones. We currently operate metro coaches from Alstom, Hyundai Rotem, Bombardier and Chinese ones. If we have our own Indian alternative that will be a good thing.
Last edited: Sep 25, 2020

Before JSPL started making raila there was a monopoly for SAIL. As expected from a PSU they could not even meet their annual supply target for Indian Railways. Now with entry of private players things are changing for good.
https://www.moneycontrol.com/news/b...pproval-from-indian-railways-5987371.html/amp

In a statement, JSPL said it is the first and only Indian manufacturer to successfully develop 60E1 1175 Heat Treated (HT) rails suitable for high-speed and high-axle load applications.

Jindal Steel and Power Ltd (JSPL) on Tuesday said the Indian Railways has approved another grade of rails developed by the company for high-speed and high-axle load applications.

In a statement, JSPL said it is the first and only Indian manufacturer to successfully develop 60E1 1175 Heat Treated (HT) rails suitable for high-speed and high-axle load applications.

The Research Designs and Standards Organisation (RDSO), which works under the ambit of the Railway Board, has also approved the newly developed grade, it added.

The company said that the Railways has embarked upon upgrading the track system to carry heavy-axle load at a speed of up to 200 km/hour. Railways has projected a requirement of 1.8 lakh tonne 60E1 1175 heat treated (HT) rails per annum.

JSPL Managing Director V R Sharma said "earlier, all speciality rails were being imported in the country, we are committed for manufacturing of speciality rails to fulfil requirements of Railways and metro rail corporations, hence making India AatmNirbhar in procuring rails locally for different applications. These rails will be used in the dedicated freight corridor, high-axle load application including bullet trains."

In September, the company informed about developing UIC 60 kg 880 grade prime (Class- A) rails. It had also received ''regular rail supplier status'' by the Railways for its upcoming and ongoing projects.

Some other grades developed by the company are asymmetric rails, R260, and 1175HT grade for heavy load carrying wagon units of 75 tonne/wagon.

Sharma further said JSPL is also exporting rails to adjoining countries like Bangladesh and Sri Lanka and the African continent as well. The company is also supplying speciality rail blooms for special rails to France for European railways.
A

Damn these fit for nothing govt officials

The railway factories have no separate R&D. They manufacture products that are mostly licensed from western companies. It seems they make poor quality products just to meet production target.


https://www.railpost.in/indian-rail...-need-but-to-utilize-production-capacity-cag/
Indian Railways Inducts Locos Not Based on Need, But to Utilize Production Capacity: CAG

The Comptroller and Auditor General of India (CAG) has noted that the Indian Railways does not calculate its locomotive requirements based on needs, but based on production capacity. It has also flagged several issues in the production and maintenance of locomotives.

Indian Railways spent Rs. 52,198 crores on the production of locomotives between 2012-2018, according to CAG data.

The CAG audit was conducted for the period from April 2012 to March 2018, but also takes note of issues found outside this timeframe.

No Methodology to Assess Requirements
In Report 2 of 2020 ‘Assessment and Utilisation of Locomotives’, the CAG found that there is ‘no structured methodology’ to assess locomotive requirements. “This has led to more numbers of diesel locos in the system than required,” the report concluded.

Delays were observed in the finalization of the three-year production programme as a result of consensus on methodology and parameters.

Zones and Production Units were not involved in the assessment of requirements, according to the CAG. Growth rates of freight and passenger traffic were also not factored in.

Issues were also found with the allocation of locomotives to zones and sheds. CAG noted that locos were allotted without “keeping in mind their requirements and infrastructure available for maintenance,” resulting in underutilization.

In its audit, the CAG found that a project worth Rs 296 crores to augment production capacity at Diesel Locomotive Works (DLW) was completed in February 2018 with a 37% cost overrun.

The work of capacity augmentation of DLW was completed within five months from the targeted date of completion. However, works for augmentation of capacity of CLW and ELAAU for production of electric locos were running way behind schedule.
Comptroller and Auditor General of India in Report 2 of 2020
Click to expand...

In the fiscal year 2019-20, CLW produced 431 locomotives. The West Bengal based unit has also enhanced its production capacity to 500 locomotives per annum this month.

CAG also pointed out lapses in manufacturing of locos, stating that a massive 46 per cent of new locos failed within 100 days of commissioning.

The report concluded that “Uses of defective material in loco manufacturing, bad workmanship in handling etc . were the main causes of failure of newly commissioned locos.”

Maintenance and Quality Control Issues
Large delays were also noticed in commissioning of locos by sheds after being received from the factory.

Audit observed that 18 per cent diesel locos and 13 per cent electric locos were commissioned after a delay of one month from the date of their receipt in the loco sheds. The average delays in commissioning of diesel and electric loco were 75 days and 33 days per loco after allowing a grace period of 30 days.
CAG on commissioning of new locomotives by sheds
Click to expand...

Lack of infrastructure and homing of locomotives beyond the shed’s capacities were causes pointed out by the CAG in its report.

The auditors also found problems with maintenance of locos. Lack of quality control, inferior material, poor supervision and internal controls were flagged. These flaws resulted in out of course repairs of more than 17,500 diesel and 22,000 electric locos, the audit found.

CAG’s Recommendations
In its recommendations, the CAG has asked Indian Railways to devise a system for assessing requirements of locomotives. It has also suggested that Indian Railways look at augmentation of electric loco sheds and examine the need for upgrading of diesel loco sheds. The auditor has also suggested improvement in quality of maintenance to reduce unscheduled failures and repairs of locos.
S

Any progress on bullet train?

LondonParisTokyo said:
Any progress on bullet train?
Click to expand...

IMO, Project is as good as dead with Penguin Sarkar in MAH...
You must log in or register to reply here.
Similar threads
Modernization of Indian Railways
Indian Railway Privatisation Good or Bad?
Indian Railways has set a target of replacing 8,000 km of old and depleted lines
Indian Railways conceives to deploy “Drone” cameras in all its Zones/Divisions
Share:
Facebook Twitter Reddit WhatsApp Link