With Quad, European Union and the United Kingdom recognising the Indo-Pacific as the new strategic frontier, the Indian Navy has apprised the government of its requirement to build six nuclear-powered attack submarines (SSNs) to counter the challenge on high seas in a post pandemic world.

After the March 4 Combined Commanders Conference at Kevadia in Gujarat, Navy Chief Admiral Karambir Singh mentioned the requirement of SSNs to Prime Minister Narendra Modi on May 3 while discussing the Indian Navy’s operation Samudra Setu II to garner much-needed oxygen from India’s close allies in West Asia. The Naval warships are also involved in providing medical support to its Island territories in Lakshwadweep and Andaman and Nicobar Islands.

The nuclear powered attack submarines will give Indian Navy the much needed long legs for deterrent patrols and access denial in the Indo-Pacific without giving away its position. "The future not only lies in the Indo-Pacific but also the arctic route that will open up due to receding snow fields," said a serving admiral.

The SSNs only need to surface for food supplies and other logistics and can go for long distance patrols with conventional weapons and missiles on board. As of now, India has one Akula class SSN, which is on lease from Russia, and one indigenously build ballistic missile submarine (SSBN) with another joining the strategic forces command next year.

While the Navy is still to approach the Union ministry of defence for acceptance of necessity, a term for need to buy, the national security planners are concerned about China adding 12 SSNs to its fleet apart from seven ballistic missile submarines to its strike force.

It is not for any other reason that French SSNs base at Toulon and French SSBN base at Brest was on the agenda of Prime Minister Narendra Modi during his now cancelled visit to France around the May 8 India-EU summit at Lisbon. While the India-EU summit was reduced to virtual summit, the physical bilateral visit to France was postponed to a later date.

Although the Indian Navy has no preferences, the national security planners are looking at France, the UK, the US and Russia as possible partners for joint development of SSNs in India under Atmanirbhar Bharat programme.

The French Naval Group is one of the key contenders for the SSN project as France is one of the most trusted allies of India since post 1998 nuclear tests sanction days. Unlike the US, France does not have any regulatory regime that can stall the on-going program using international traffic in arms regulations (ITAR). Finally, France has offered to jointly develop the SSN with India with full transfer of technology. It is already building six diesel attack submarines (called Kalvari class) for India which will be retrofitted with air independent propulsion technology developed by the Defence Research and Development Organization (DRDO).

Earlier this week, Admiral Singh called on Prime Minister Modi and briefed him about various initiatives being taken by the Indian Navy to assist the people of the country during the pandemic.

The Admiral said the Navy has reached out to all state administrations and have offered help to set up hospital beds, transportation and conduct of vaccination drives and deploying its ships to ferry oxygen containers and essential medical supplies from various countries. 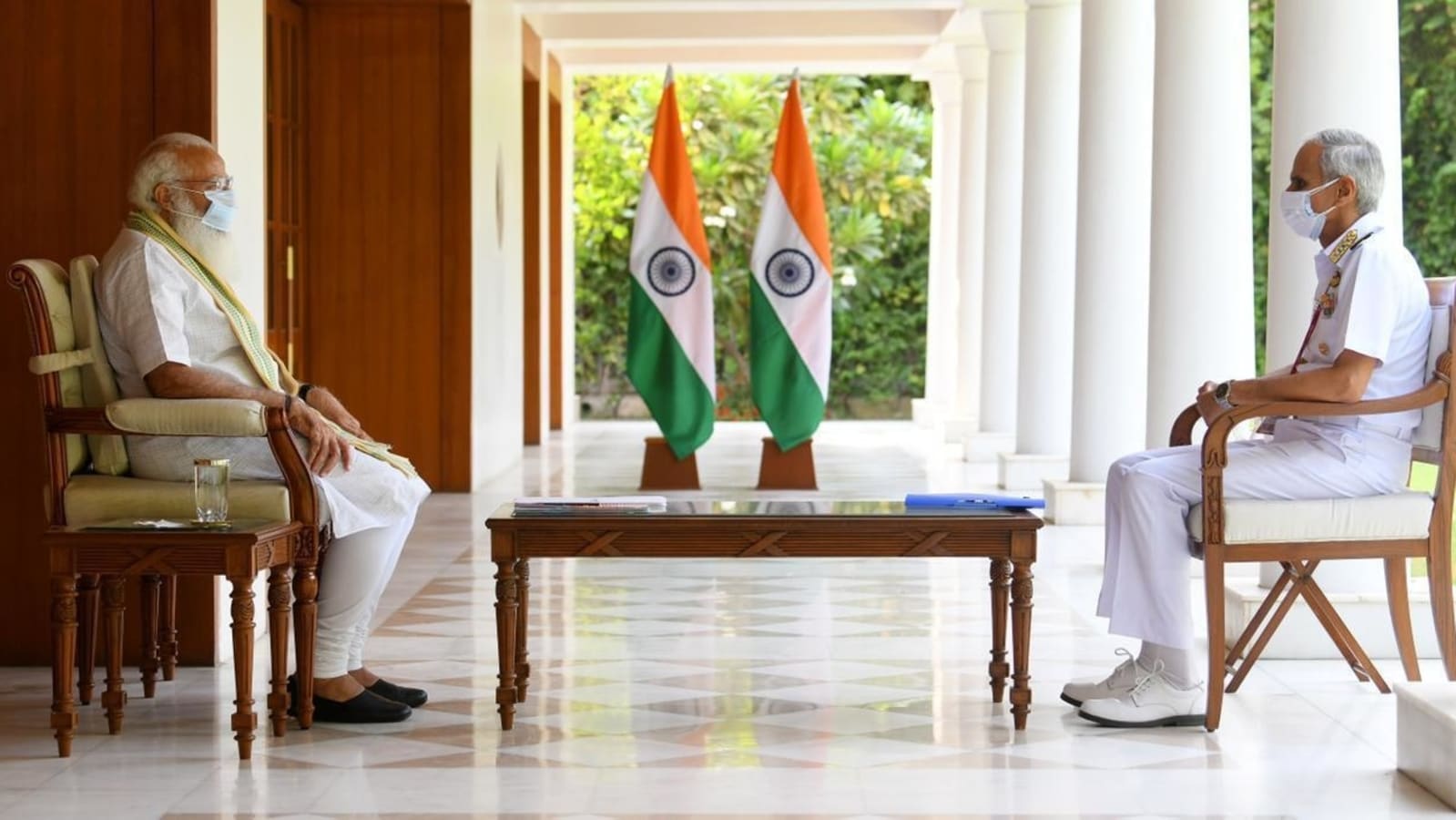 The nuclear powered attack submarines will give Indian Navy the much needed long legs for deterrent patrols and access denial in the Indo-Pacific without giving away its position.

In my opinion, diesel electri subs are better in defensive role as they are stealthier, cheap to operate. Nuclear subs are good in long range strike and launch attack in high intensity war without being detected.In Indian environment of threat perception, deisel electric submarines qith AIP are more useful in my opinion.
P 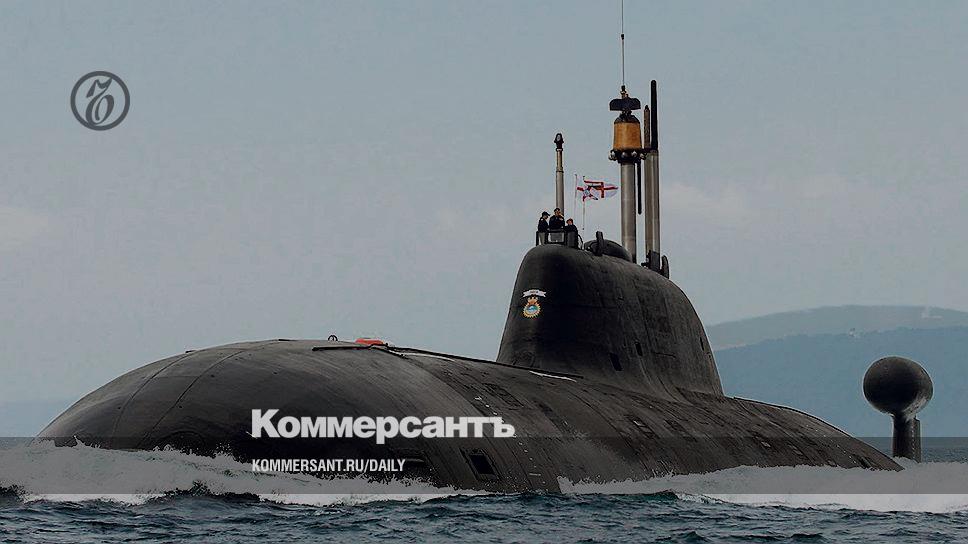 is there any truth to this, or were the russian deliberately escalating to de-escalate. I am also appalled by gaul of russians telling us how to use our own ship(ins vikky).

Also heard a rumor that russian are always present at chakra's operational patrol, can anyone confirm whether they heard similar rumor themselves.
Click to expand...

Just to point out that this is news is from 2017, it came to my attention recently.
P

Unlikely, its far too small for our needs and the Indian Navy will basically have to once again undergo the training process.
On the other hand, it is likely that Indian Navy will lease one additional Akula class SSN for a total of 2 SSN on lease till P75A subs are delivered
P

Aniruddha Mulay said:
Unlikely, its far too small for our needs and the Indian Navy will basically have to once again undergo the training process.
On the other hand, it is likely that Indian Navy will lease one additional Akula class SSN for a total of 2 SSN on lease till P75A subs are delivered
Click to expand...

Rubis has the range & speed. Can fire torpedo, ashm & lay mines. Barring cruise missile & deep magazine capacity it is a thorough breed ssn. Also where and when IN came out with its 'needs' regarding ssn. I am not say that IN should lease it but I don't see why this can't even be negotiated.

imo vls is must. rubis doesnt have that thing so it will be modified
P

Akula doesn't have vls neither does suffren or astute. ssgn needs vls. If need arises we could easily convert arihant class into ssgn given s5 comes early.

You want naval power with lowest Capital Budget allocation among the service.
W

INDIA COULD BE INTERESTED IN FRENCH BARRACUDA-CLASS SUBMARINES
According to information published by BFM TV on September 23, 2021, after the cancellation of the contract between Naval Group and the Australian Department of Defence, India would be interested in those Barracuda-class submarines.


The Barracuda-class (or Suffren-class) is a nuclear attack submarine (SSN), designed by the French shipbuilder Naval Group, formerly known as DCNS and DCN, for the French Navy, intended to replace the Rubis-class submarines. On 22 December 2006, the French government placed a €7.9 billion order for six Barracuda submarines with Naval Group and their nuclear powerplants with Areva-Technicatome. Construction began in 2007 and the first unit will be commissioned in 2019. The Barracuda class nuclear reactor incorporates several improvements over that of the preceding Rubis. Notably, it extends the time between refuelling and complex overhauls (RCOHs) from 7 to 10 years, enabling higher at-sea availability.

Barracudas will use technology from the Triomphant class, including pump-jet propulsion. This class reportedly produces approximately 1/1,000 of the detectable noise of the Redoutable-class submarines (it will equal de noise made by shrimps), and they are ten times more sensitive in detecting other submarines.

With their new equipment, the Barracuda will now be able to launch naval cruise missiles with a range of about 1,000 km. The SSN will be fitted with torpedo-tube-launched cruise missiles MDCN SCALP Naval for long-range (well above 1,000 km, 620 mi) strikes against strategic ground targets. Their missions will include anti-surface and anti-submarine warfare, land attack, intelligence gathering, crisis management and special operations. In support of special operations missions, Barracudas may also accommodate up to 12 commandos whose equipment will be stored in a mobile pod; for this type of mission, they benefit from a deck hangar (somehow like the "Surcouf" of the 2nd World War), accessible from an airlock, which will allow the combat divers to rally a 3rd-generation underwater propulsor (a kind of pocket submarine), a capacity that until now only Americans and the British had.

According to information published by BFM TV on September 23, 2021, after the cancellation of the contract between Naval Group and the Austr...

BHEL is working with Navy to develop a Lithium-ion battery suite for submarine applications.

The blocks are falling into place

imo vls will also be there, otherwise where will the bramhos and nibhay will go ??

so vls will inc the weight of subs.

The 190 MWt for SSN is just an assumption/wishlist by media and wikipedia editors. No basis for that assumption. We don't know what CLWR-B2's power rating actually will be. Navy and BARC never talked about it.


We know that Navy published an EoI for 35 MW electric drive motor for pumpjet propulsion at max speed of 25 knots. At 35 MW shaft power, assuming the standard 20% lowest end efficiency for naval reactors, will require 175 MWt to drive the shaft alone. Sensors and onboard power required will be extra but we don't know under what conditions it is supposed to operate at 35 MW. ( Don't compare with civilian power reactors with efficiency near 30% - naval reactors only have efficiency around 20 to 23 %)

Operating power in the 160 to 170 MWt range is probably what they will target with surge power of 190 MWt if they go for a clean sheet non-licensed low cost design. Akula has operating at 190 MWt with surge limit unknown.
Last edited: Oct 4, 2021