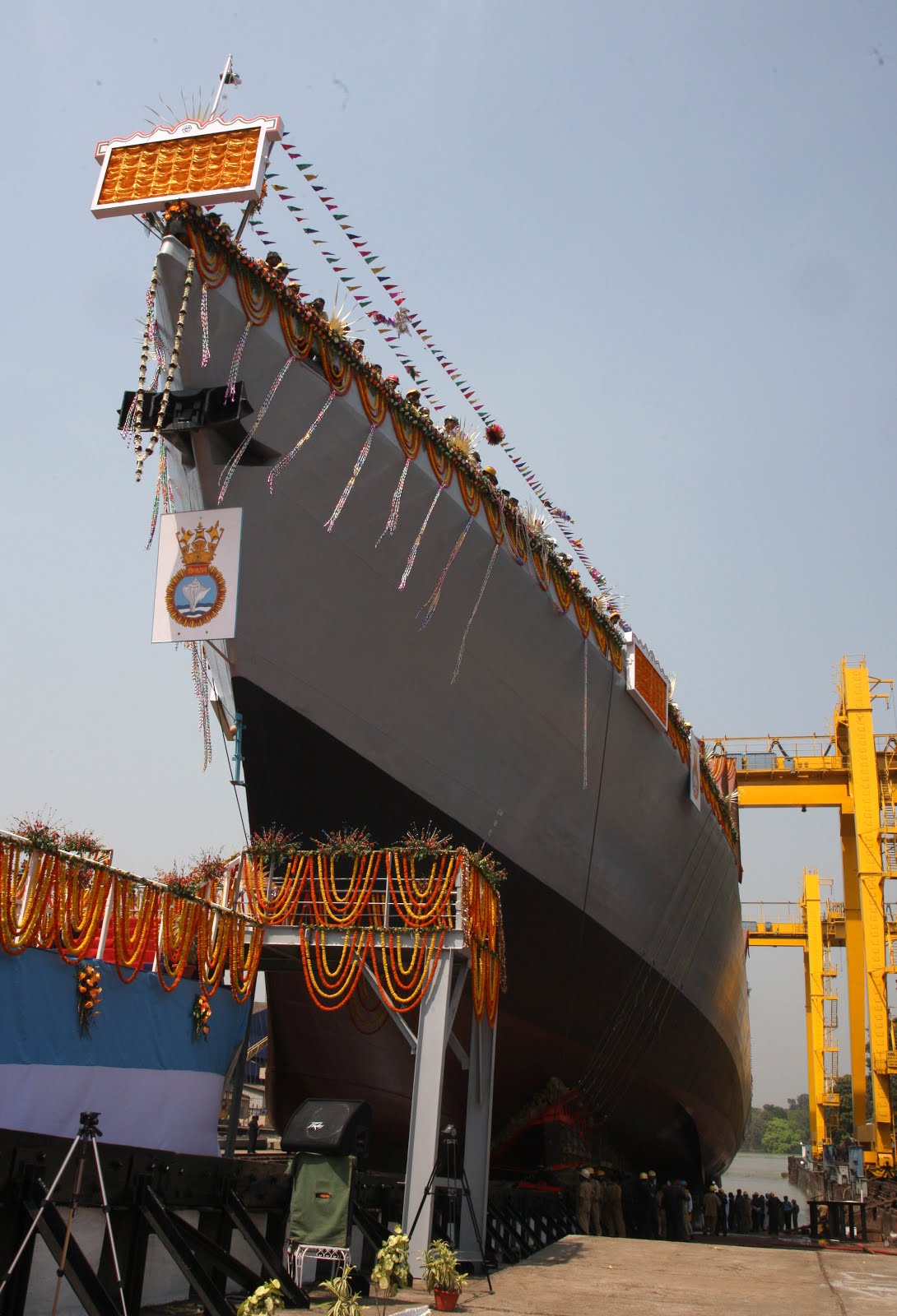 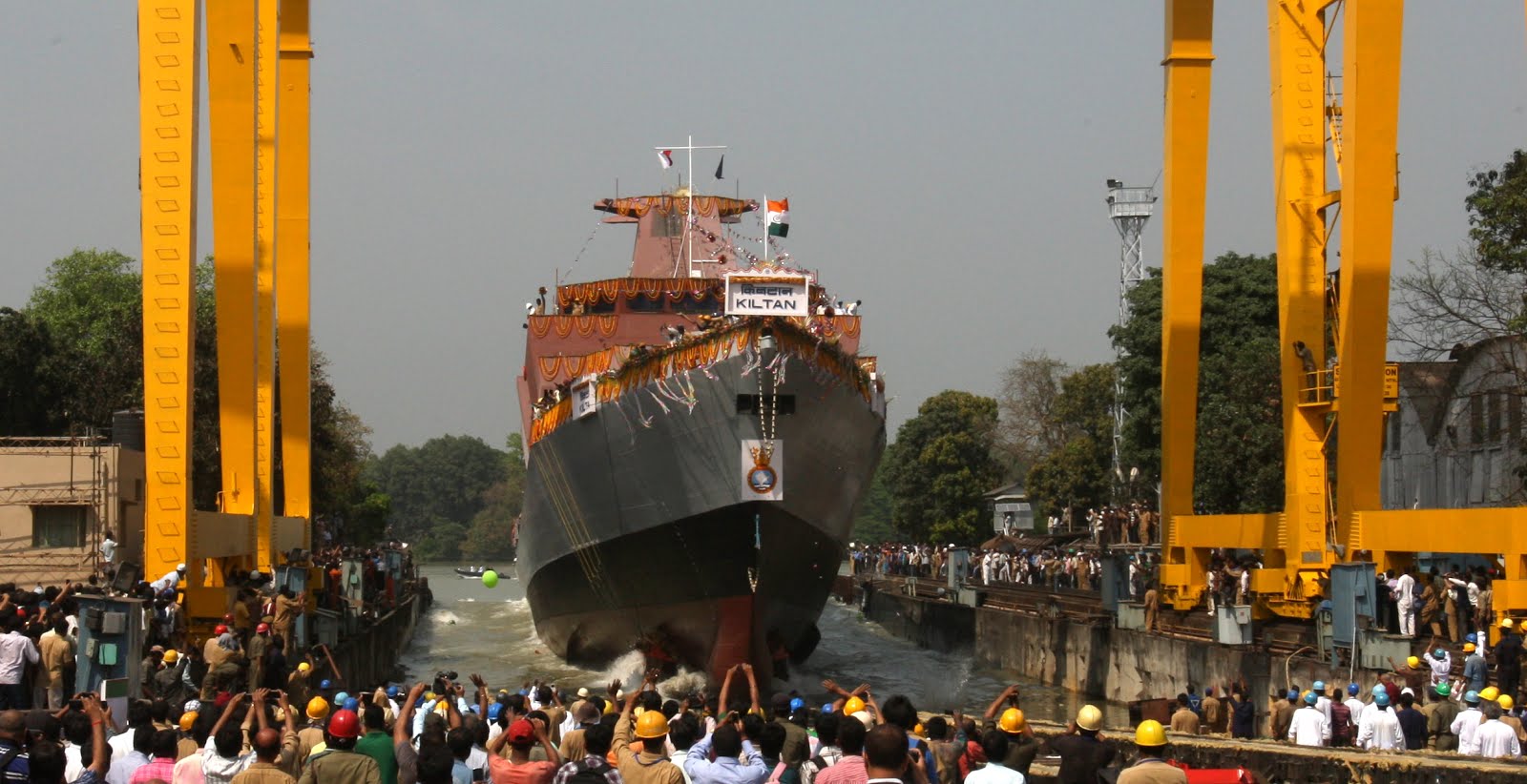 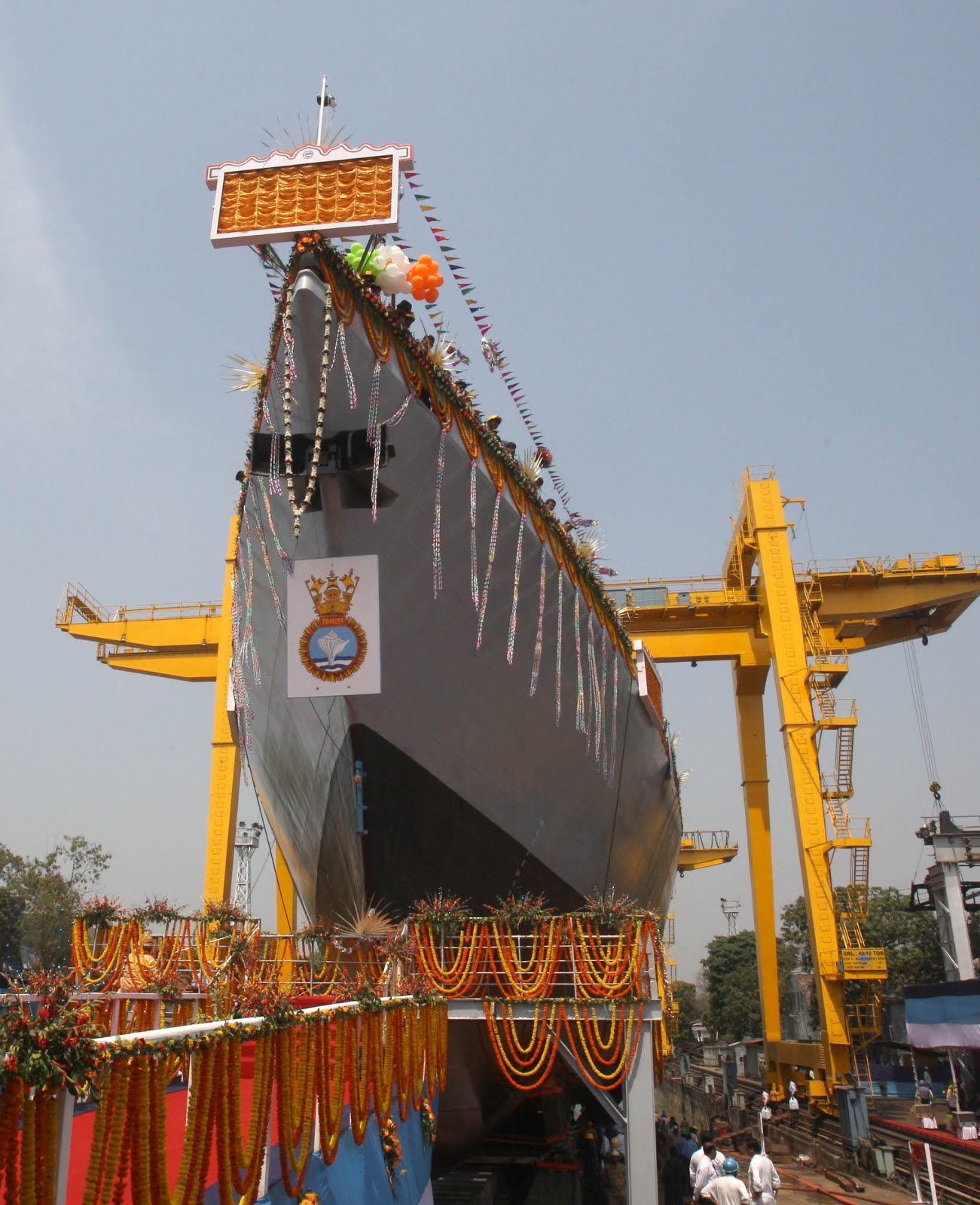 The third Anti Submarine Warfare (ASW) Corvette for the Indian Navy (IN) designed under Project-28 (P-28) by the Navy's Directorate of Naval Design, being built by one of India's leading shipbuilders, Garden Reach Shipbuilders and Engineers Ltd.(GRSE), was launched here on Tuesday.

Named after an island – Kiltan – in the Lakshwadeep archipelago of India, the ASW Corvette was launched by Chitra Joshi from GRSE mainyard in the presence of Chief of the Naval Staff, Admiral DK Joshi, Chairman and Managing Director, GRSE, Rear Admiral (Retd) A K Verma and other officials from the Ministry of Defence, Armed Forces and West Bengal administration.

With nearly 90 percent indigenisation content aimed to be achieved in the manufacturing of the ship, the efforts made by Indian Navy and Defence Shipyards towards the national goal of indigenisation and self-reliance got a major impetus with this latest ASW Corvette launch.

The Indian Navy also got closer to acquiring the ASW platforms that will stealthily seek and destroy lurking enemy submarines as the first GRSE built ASW Corvette, Kamorta, is expected to be delivered to IN this year. The remaining three ships, according to GRSE, will be delivered by 2016. The fourth ASW Corvette will be launched in 2014, GRSE CMD Rear Admiral Verma stated.

Lauding efforts of GRSE in detail designing of the ship, the Navy Chief singled out its technological landmark, as being the first ship in the country built with a composite superstructure. The superstructure made of carbon fibre composite material has been successfully integrated with the main hull of the ship. Besides reducing the top weight, it will provide improved stealth features and reduce life cycle maintenance costs.

The ship's hull form is highly efficient with excellent sea-keeping and manoeuvrability characteristics having an overall length of 109 metres. The ship can cut through the sea at a very high speed of 25 Knots. Hull of the ship is built with warship grade high tensile indigenous steel.

The ship's advanced stealth features will make her less susceptible to detection and help in effective deployment of soft kill measures. The ships will be fitted with complete indigenous state-of-the-art weapons and sensors, including a medium range gun, torpedo tube launchers, rocket launchers and close-in weapon system.

These ships are also equipped with a Bow mounted Sonar and are capable of deploying a helicopter, adding considerable punch to the ship's anti-submarine capability. These ships also feature an advanced Integrated Platform Management System for controlling and co-ordinating the propulsion, auxiliary and power generation equipment.

The new P-28 ASW corvettes also mark many firsts including introduction of the 'rail-less helo traversing system' to handle a helicopter on board the ship, foldable hangar door, use of indigenous DMR 249A steel and carbon fibre reinforced plastic (CFRP) superstructure integrated with the steel hull of the ship.

Whats the status of Kamorta?